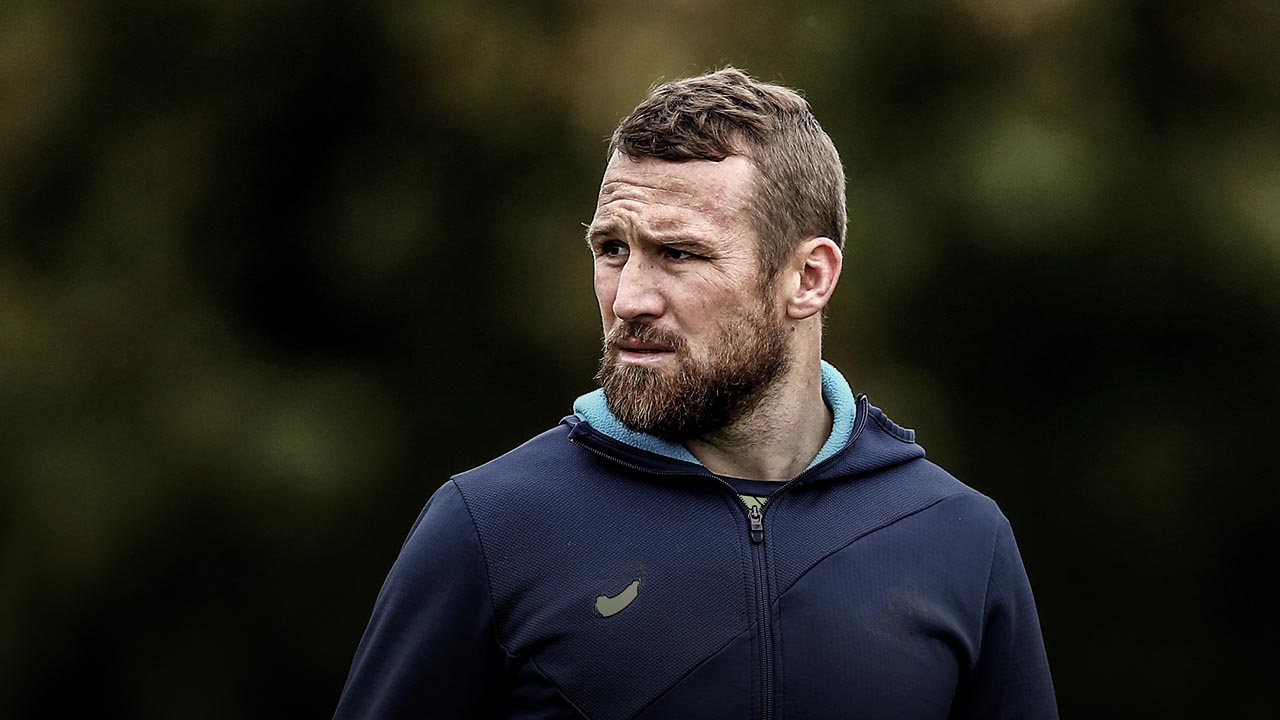 Toulon, Tokyo & lessons in between

Toulon, Tokyo & lessons in between

‘Bullshit’ is a card game I’ve been teaching my new Japanese teammates at Suntory.

It’s basically a game of bluff. If you call ‘bullshit’ and the guy isn’t bluffing about the hand he’s holding, you pick up the cards. If he is bluffing and you call him out, he picks up the cards.

So, while I’m the teacher in theory, in reality I’m the learner. And what I’ve learned about the Japanese boys is that they cannot lie. It’s their culture to be polite and honest and trusting (and they shouldn’t be allowed anywhere near an old card shark like me). The second they even think about bluffing, they smirk, I call ‘bullshit’ and clean up. But it hasn’t all been one-way traffic. They absolutely destroyed me at karaoke on our team camp!

I’m 34 now and, when I look back over my career, I’m amazed by all the lessons rugby has taught me. I’ve learned a language (French, and now getting stuck into Japanese), learned about different cultures and learned about myself through all the triumphs and frustrations along the way.

THEY DIDN’T EVEN TEST ME

And sometimes those lessons happen all at once. The World Cup final in 2015 was one of those occasions but, to tell that story properly, I have to go back to 2011, to the period after I was dropped from the Wallabies.

It’s pretty well known that I moved to France and signed with Toulon, but not so much the way I was feeling at the time.

My confidence took a big hit. I arrived in France with my tail between my legs, I felt like I was starting from the bottom again and wanted nothing more than to prove that I could still cut it with the world’s best.

Things went well in Toulon and I crossed paths with Michael Cheika, who was coaching Stade Francais at the time, and he asked whether I would be interested in getting involved with the Wallabies again. I hadn’t really thought much about it. But we kept talking and, over time, Cheik had the qualifications rules changed and convinced me to come back to Australia and give it a go.

I can’t tell you how nervous I was. Cheik might have been the national coach by then, but I hadn’t played international rugby for years and, really, his was only one man’s opinion. I had rediscovered my confidence in Toulon, but playing for the Wallabies again meant having to test myself in front of a whole nation and exposing myself to criticism again. I didn’t even commit to playing the World Cup. I told Cheik that he had to be straight with me – if I wasn’t giving the team what they needed, he had to tell me straight so I wasn’t wasting anyone’s time and taking someone else’s spot.

So I made my Wallabies comeback in the Rugby Championship and things went pretty well. I went to the 2015 World Cup and the Wallabies made it all the way to the final against the All Blacks. This was it. The pinnacle of my sport. Despite all the doubts, I had got there. It was really quite satisfying.

I arrived in France with my tail between my legs, I felt like I was starting from the bottom again and wanted nothing more than to prove that I could still cut it with the world’s best.

But it didn’t last long. I made an awkward tackle, copped an elbow or a shoulder from Brodie Retallick (I didn’t see it) and was knocked out in the 26th minute. We were down 6-3 at the time and right in the contest. Apart from the few moments after the initial hit, I remember it all clearly. I jogged off the field with the team physio, into the bowels of Twickenham, and walked up to the doctor for my concussion test.

She refused to test me. I couldn’t believe it. After everything I’d been through, here I was, on rugby’s grandest stage, my teammates going toe-to-toe with the All Blacks a few metres away – and I was completely helpless.

I begged the doctor to test me. If I failed the test, fine. But just test me. It’s the World Cup final! She said no. She said the footage showed me standing in the All Blacks’ line, not the Wallabies’, straight after the hit and that, on the strength of those few seconds alone, she was not going to let me back on the field. I was shattered. I blew up at Cheik at halftime, but there was nothing he could do about it. The most satisfying moment in my career had become one of the most disappointing. And all in the space of a few minutes.

I have never watched a replay of that game. I don’t think I ever will.

FROM SOUTH OF FRANCE TO DOWNTON TOKYO

So many of the lessons I’ve learned through rugby have come by getting out of my comfort zone. There isn’t a day that goes by in Japan where my wife Bianca, the kids Levi and Kai and me don’t feel completely out of our depth. That’s exactly how we like it. We’re always learning, always adapting, always growing.

But it’s not always as easy as a game of ‘bullshit’ with the boys. A couple of days after arriving in Tokyo, I pulled my scooter into the petrol station. It was early and there wasn’t a station attendant in sight. Every sign was in Japanese and I didn’t speak a word of it.

There were four bowsers, each one of them a different colour. Just like picking a suit at a casino, I thought. I was feeling diamonds. So I went with red. I was pretty much expecting my scooter to cough, splutter and check out at that point, but it didn’t, and now I’m a committed red petrol guy.

On a more serious note, there was also the task of packing up the entire family and moving from Carqueiranne in the south of France, where we had lived since I signed with Toulon, to Futakotamagawa, which is a couple of kilometres from Suntory Sun goliath’s home ground, the Chichibunomiya Rugby Stadium.

I still don’t think the kids have really grasped that this is home now. They’re still young and I get the feeling they think this is like one of the holidays we used to go on to Greece or Italy when we were in France.

Every now and then they’ll say, ‘Let’s go home. Let’s go to the faraway plane. Let’s go to the pool’ (the pool is a reference to our old house in France). We say, ‘No, that’s finished now. This is Japan, where we live’. And they’re like, ‘OK’, but they think at some point we’re going back to France.

For them, home is France. That house represents home. But they obviously know that all their cousins, Nanny and Poppy and everyone else is in Australia. They’re reasonably young and I don’t think they really grasp the concept of living in different countries. They see things in flights. Australia is that long flight. Levi was saying we’ll take that long plane back to the pool. For him, in his mind, his home is that house in France.

The kids are picking up Japanese faster than I am. I was pretty happy with where I got to with my French – I was conducting my press conferences in French by the end – but now I’m back to square one. But I’m going to give it a go. It’s not about trying to make Japan adjust to me. It’s about me adjusting to Japan.

Levi can already say excuse me, hello, good morning, yes, no, how are you. But for some reason he just doesn’t like French. He never learned it. It’s just the way he’s wired. My youngest, Kai, can speak a little bit of French and he’s happy to learn Japanese now. They’re like sponges. If they come out of this experience speaking Japanese, that’s a life skill. They haven’t had to work too hard for it. Their parents have put them in an environment where they just pick it up. As a parent, that excites me.

And what I’ve learned about the Japanese boys is that they cannot lie. It’s their culture to be polite and honest and trusting (and they shouldn’t be allowed anywhere near an old card shark like me).

The biggest change for us has definitely been the living situation. Our home in Carqueiranne was on the beach, had a big balcony and a three-tiered garden where the kids could play. If things were getting intense, you could just tell the kids to play outside and they’d come back happy, tired and ready for bed. Our new place in Futakotamagawa is a three-bedroom apartment. You can hear everything. I’ve definitely had to become a more active parent.

But that’s all part of the challenge. It’s been a wonderful experience so far.

LOOKING AT AUSSIE RUGBY FROM THE OUTSIDE IN

It’s been tough watching all the drama unfold in Australian rugby from afar. I was saddened the day the Force were cut and Bill Pulver stood down. I’m a proud Australian and I want to see the national team and Super Rugby teams doing well. When I first arrived in France the Wallabies were talked about in very high regard. That diminished a bit over the years I was there. The players in Australia are good, if not better, than when I was running around. And I know for a fact that the coach is good. But the administration and the way the game is run is letting everything down.

This is a bit controversial but, from the outside looking in, I think for Australian rugby to be successful and be a force again, five teams are too many for us. Four teams is the way to go. I’m not saying the Force should’ve been the team cut, but someone had to be moved out.

You look at those five teams this season and pretty much all the starting XVs were guaranteed their spots. That’s not ideal. I remember back in the Super 12 – when the Reds, Brumbies and Tahs were very successful – how hard you had to train to hold your position. You never got in a comfortable position where you thought, ‘I’m safe now’. You were always getting pushed by someone else. That makes better players.