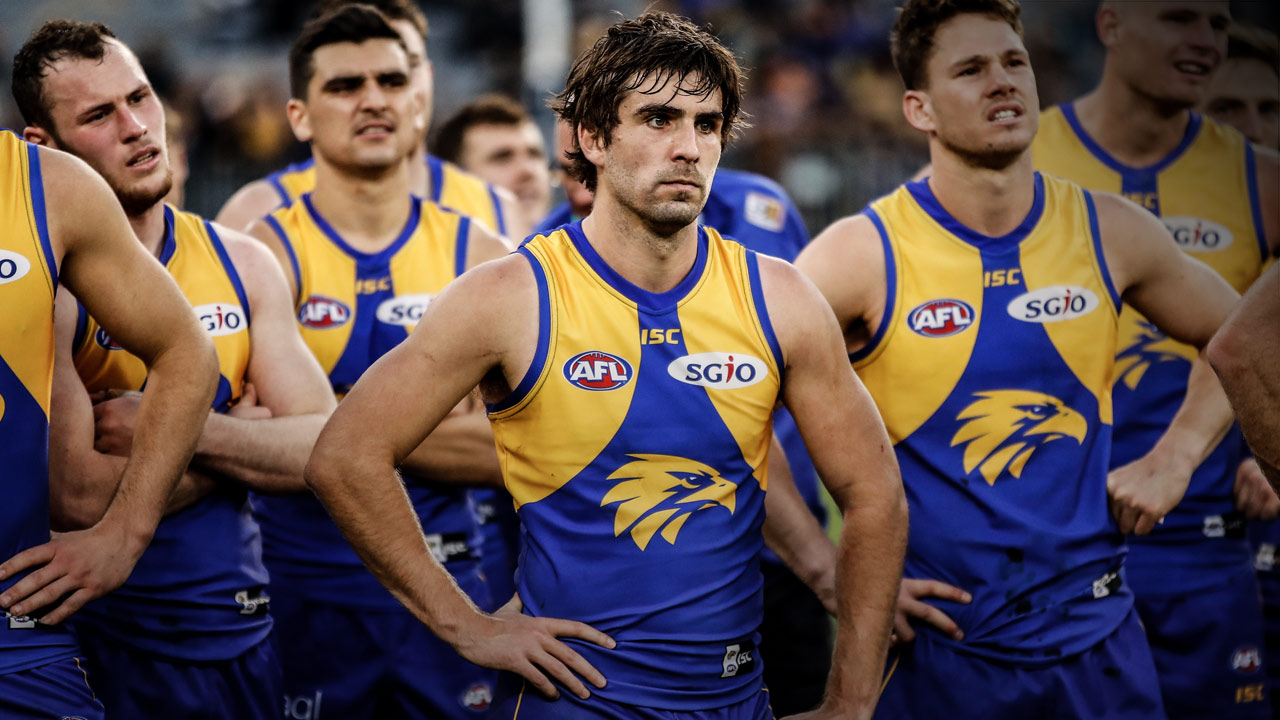 He meant my son no harm

He meant my son no harm

My son is going to be fine.

He’s broken his jaw and in a couple of weeks time he’ll have the wire out and he’ll move on. He also has five displaced teeth and will require dental work.

But Andrew has accepted the apology from Andrew Gaff. The explanation that he made last night at the tribunal referred to the fact that my Andrew had lowered his centre of gravity a little bit, and I think that is entirely plausible.

In other words, it was clearly not a deliberate punch to the face, and personally I am absolutely convinced he meant to give him a good whack in the chest.

Every single person within the footy industry has made it clear that Andrew Gaff is a first-class young man, and so it’s an accident as far as I’m concerned, it’s a garden-variety snafu.

From our side of the family, our young bloke is OK, he’ll be fine. He’s at the beginning of his career and so of course we’re concerned for him, but the club doctor at Freo and all the other people at Freo are looking after him, and he’ll be OK.

Therefore we’re interested in and care about how the other Andrew is going. Young Andrew Gaff and his family are in the middle of this maelstrom which is pretty intense, and he’s got a few other things going on. We hope he does well and gets through it all.

Thankfully, my wife Debra and I were in the audience at Optus Stadium watching the game when the incident occurred, which meant Debra was able to accompany Andrew in the ambulance.

She was pretty upset early, but she’s OK now, and she also understands that lots worse could have happened.

Every single person within the footy industry has made it clear that Andrew Gaff is a first-class young man, and so it’s an accident as far as I’m concerned, it’s a garden-variety snafu.

When I am watching a game in which one of my sons is playing, I tend to follow the play rather than watch my son. But my wife was watching Andrew, and she saw the incident that preceded the punch – which was discussed last night at the tribunal – where Andrew Gaff said he’d been repeatedly bumped by my Andrew and had hit him in the chest to get some space.

So my wife saw that and, as a consequence of that, I then turned my attention to the two Andrews as they meandered round to the wing. That’s when the incident happened. I saw it happen live but I saw it from behind and I was a long way away.

At first, I thought my Andrew was OK. I thought, ‘He’ll go and get a stitch or two and he’ll be fine’. Thankfully, I didn’t see the television footage until a lot later on towards the end of the quarter, because it did look quite bad.

By that stage I’d already spoken to the club doctor at Fremantle – who is a friend of mine – and he’d made clear that Andrew was in a bit of trouble, but that he wasn’t too bad, and I took great comfort in that.

In a sense, I was fortunate to be there and not see the close-up vision of the incident. If we’d been at home in Melbourne watching the game on the telly, it would have been terrible.

But I reiterate, I do not believe it was a deliberate punch to the face.

I think it’s important to make it clear that most of the crowd at Optus Stadium didn’t see the incident as well. Very few of them knew what was going on.

I reckon I was one of the very few in the crowd who saw the incident live, and then became aware of what happened, and my hunch is that the overwhelming majority of the 57,000 people were just watching Andrew Gaff – who’s the darling of the home team – be the subject of a few bumps and all the rest of it afterwards.

They reacted without knowing the full story, so I forgive the fans too.

“First of all, I just want to say I’m so, so sorry to Andrew and the Brayshaw family…” – The AFL Tribunal has handed @WestCoastEagles star Andrew Gaff an eight-week ban for his punch that left Andrew Brayshaw with a broken jaw. #7AFL #7News pic.twitter.com/ydQZQd7KFz

My wife is still in Perth, which is great for her and Andrew. As for me, I’m feeling OK. Both footy clubs – West Coast and Freo – have been in very regular contact. Footy is not always an upwards graph and you get injuries and it’s all effectively part of it.

They reacted without knowing the full story, so I forgive the fans too.

Most importantly, Andrew is fine.

He’s a young fellow, so this is all sort of blowing around him a little bit, but in a month’s time he’ll hopefully be able to move on.

In the meantime he’s going to be drinking through a straw and be on a modified diet, but for a guy who has aspirations to have a long career, he’ll be fine and he’s in really good spirits.