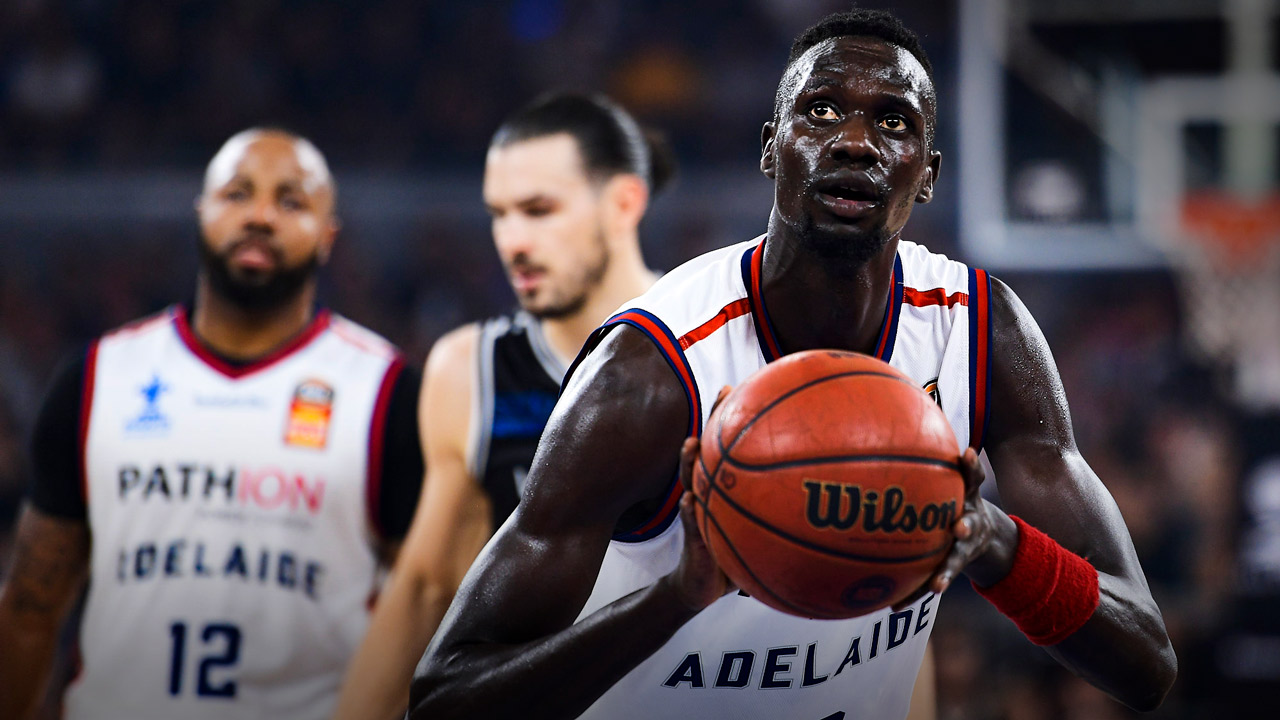 You know that feeling? Actually, you probably don’t. So let me tell you, it’s not nice.

It’s the feeling of being watched. Of being suspected of doing something wrong. Of being a law-breaker.

I had that experience a couple of times recently. It was around when all those headlines were happening about Sudanese people in Melbourne. The headlines that, for some reason, suddenly disappeared from the news.

Both of these things happened to me in the western suburbs of Adelaide, the city I’ve called home since I was 12 years old. The place that had welcomed me so warmly when I arrived from the refugee camp in Kenya. It’s the city I represent in the National Basketball League.

The first time was in a convenience store, the second at a supermarket. At the supermarket, it was really uncomfortable.

I was walking down an aisle and I could tell that the person working there was watching me. When I walked into the next aisle, he was there again, looking in my direction but turning away when I looked back towards him.

Four times I went to different aisles and he kept following and pretending he was looking at things on the shelves.

Eventually, I had to say something. ‘What’s going on? Is there a problem?’

He said ‘No, no’. But I knew he was keeping an eye on me. It was obvious. So I walked out.

I can laugh about it if I like. I mean, I’m nearly seven foot tall and black. You can’t miss me! How could I get away with stealing something!

But, unfortunately, this can’t be a laughing matter. This sort of thing doesn’t just affect me. It affects entire communities. It makes life harder for them for no good reason.

The headlines in Melbourne had happened in Adelaide, too. There were people who maybe committed a crime or did something wrong and the media and politicians made it into a big thing. They said it was a problem in the Sudanese community.

I am the first to say that when someone breaks the law they should be held accountable. But I don’t think you can  say that a whole race of people has a problem because of a small number of them did something wrong. It hurts to hear my community being accused of doing bad things, especially when I know so many people are working hard to make good lives in this country.

Before I came to Australia, I’d never even seen an Asian person. I had no idea what an Indian or South American looked like. Or anyone really, apart from Africans. But one thing I’ve learnt since coming here is that every race or ethnicity has people who behave well and some who don’t.

I’ve got a lot of white friends and I know some of them do bad things and break the law. But I don’t say that all white people are bad. It’s not fair to do that. It’s not right.

I think everyone should get equal judgement. That’s how I treat my friends and all people. I’ve got friends from all different backgrounds now and I judge them on their character, not what someone with the same colour skin as them might have done.

Things have slowed down now. The headlines have gone away. As far as I know, no one’s been locked up or anything. It makes me wonder what really happened. What was the real story? Things can’t just fade away that fast, can they?

The point is, for every person who may have committed a crime, there are many more from the Sudanese community doing good things, which you rarely hear about. And, when they do get mentioned in the media, they are called proud Australians. It’s only when bad behaviour is talked about that they are called Sudanese. I think it’s a bit unfair. These are the kinds of things people should consider before they generalise about entire communities.

None of what’s happened recently has made me angry at Australia. I feel blessed to live in this country. Australia has done so much for me and it really is a land of opportunities. If you put your mind to it, you can be whatever you want here. It’s very different to where I come from.

It’s common for people here to think of Sudan as war-torn and dangerous. But it’s not the whole story. Where I grew up, near the town of Bor in Jonglei State in what is now South Sudan, life was simple but peaceful and I was happy. There had been problems but, luckily for me, not while I was growing up there.

My first few years were spent on a cattle camp outside the town. Every family in the area had cows, my dad had a lot of them, and our job was to look after them. We slept on mats on the floor in our huts, the women made the food, the men looked after the animals and, me, being a little kid, spent pretty much all day everyday playing and having fun.

One day, I woke up to discover that one of my brothers, Mawut, had left the cattle camp. I did everything with Mawut, but suddenly he was gone and I felt very upset. I found out he’d gone to a refugee camp in Kenya run by the United Nations. He went to join some of our other family there and start going to school. When I heard this, I decided to follow Mawut and I left without telling anyone. I was only six years old.

I headed to the station where cars would leave from and I was super lucky because, when I got there, one of my mums – one of Dad’s five wives – was there waiting for a ride. She was heading to Kenya to see some other family members, so she helped me make the trip.

The refugee camp was similar to our life in Bor, but for a few differences. There was no cattle to look after, food was brought in once a month and distributed to the families and the big difference was that the young people could go to school.

It’s funny to think about it now, but when I arrived at the camp I knew nothing about other countries. I didn’t even know there were other countries! I knew nothing much other than what went on in my village. But there I was in Kenya, a new country, among people from around East Africa – Ethiopians, Somalians, Ugandans and others. There were also some white people, which I’d never seen before.

My introduction to living with other races was good. Everyone at the camp got along. Everyone knew they were there for the same reason, to make a better life. People wanted to make the most of the opportunity and they would help each other, look out for each other. It was peaceful there.

I ended up living at the refugee camp in Kenya for four years. But, once again, Mawut left me and I really wanted to follow him. He left because my older brother Geu and a cousin Machar got scholarships. It was an amazing thing – the top students at the school in the camp would be offered to move to some western countries to continue their education.

Machar chose to go to Canada. Geu came to Australia and was able to bring two people with him, so he brought Mawut and my sister Saada. Two years later, with the help of other family members who were already here, I was allowed to join them in Australia.