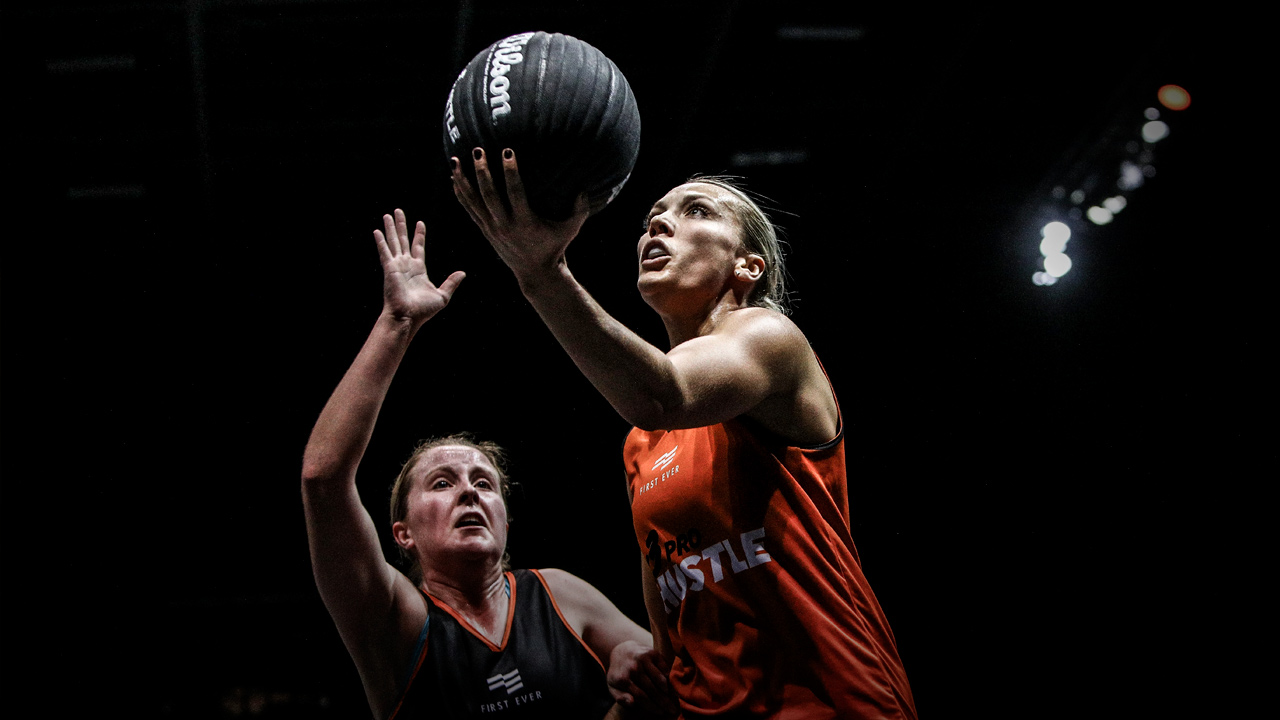 Stronger than an eating disorder

Stronger than an eating disorder

I was 15 when I was selected to play in a national junior basketball tournament.

I came home to Shepparton, in country Victoria, thinking, ‘Damn I want to be so much better’.

It was a new mindset and it highlighted what I didn’t like about myself. I started training all the time and watching what I was eating. I began cutting foods out and doing research on the internet, which can be a dangerous thing to do. As a young teen, I didn’t know what was right or wrong.

I already had a fast metabolism that would burn up energy. Now I was doing all of this extra training but not fuelling my body. I was starving it. I had developed an eating disorder.

There was a constant thought in my head about what I wanted my appearance to be like.

Every time I looked at myself in the mirror, I felt like I hadn’t achieved that. I didn’t realise this at the time but what I was seeing was very different to reality. I was skinny but I didn’t believe it. It was like I was looking in a different mirror, through a different lens to everyone else.

The physical effects of anorexia are very visible but it’s a mental illness. Worse than the dramatic changes to your body quite often are the thoughts in your head, because you have distorted views of yourself and your appearance.

I hated it whenever someone told me I looked skinny. It was often coming from my parents, because they were so concerned about me. I would feel compelled to work harder; they weren’t seeing what I saw.

This built up over time. I became really tired from running my body ragged and not eating. I was playing basketball and I was athletic but, as I became lighter, it became easier to get knocked around. I’d get frustrated at being tired and not being able to make shots I’d usually make. I couldn’t get to the basket like I once did because I had no energy, stamina or muscle.

When you suffer an eating disorder, your brain is constantly ticking over. Thoughts about food. Your body. Training. It’s exhausting and your mind never rests. You live in a negative and controlling world inside your own head.

I was angry and depressed, tired and full of negative emotions all the time. That’s the illness.

Our family home had a rumpus room. One day, I went in there to do a workout. I pulled the blinds down and locked the doors, because I knew my parents would yell at me and tell me not to exercise. I became so paranoid that I didn’t want anyone watching me train.

After I had finished my session, I slumped on the couch and turned on the TV. A switch flicked in my mind. I thought, ‘I need help. I’m so sick and tired of feeling sick and tired all the time’.

I was 15 and I had hit rock bottom. Realising that was the first step in my recovery.

Dad’s a paediatrician and he started weighing me. I was a bit shorter than the height I am now, 178cm, and was 51kg at my slightest. I saw a nutritionist in Melbourne and began adding a pure carb powder to every meal to help me get back on track.

And then, there was Maccas.

If I was going to exercise or do a workout, the deal with my parents was that I had to go to one of the fast food outlets afterwards in Shepparton –  Hungry Jacks, KFC, McDonalds, whatever – and we would all go down together.

Dad would sit with me and wouldn’t let me leave until I ate my meal. He’d check the ingredient and calorie counts. We started with medium meals because at that stage, I didn’t have the capacity to eat the big ones. I ended up loving that ritual.

Your brain is constantly ticking over. Thoughts about food. Your body. Training. It’s exhausting and your mind never rests. You live in a negative and controlling world inside your own head.

It took a while for me to change my thought processes around food. I still had a lot of habits to break but I was making important strides. I went from seeing my own bones to wanting to be strong and healthy. It was one extreme to another.

I was well on track by the time I was 17 and took up a scholarship at the Australian Institute of Sport in Canberra. It was so damn great because I had nutritionists, experts, the gym, recovery bar and everything at my fingertips. I was on my journey to becoming a professional athlete and it was absolute heaven.

I’m a big believer in things happening for a reason, that there’s always some kind of lesson in everything. I hit my low in life early – things couldn’t have got much worse – but I learned about myself, my body, the support of my family and a lot of other things from that dark time.

Because of what I experienced, I feel like some of the challenges I face now aren’t really challenges at all. I’ve been in worse places. I’d like to think I’m good at dealing with adversity. I’m resilient.

When I do have disappointments now, I know how to deal with them. I know I’ve got to work harder but do so properly. I’d never go back down that track, because I know how it feels physically and mentally and I’m more educated now. I draw strength from the fact I’ve been through something tough and bounced back from it.

If anyone reading this is experiencing something similar to me, or knows someone who is, I would implore them to reach out – even if it’s not to your family, but a friend, medical professional, a teacher. Anyone you trust.

The fear of judgement stops people from reaching out and asking for help. Conquering that is half the battle.

I believe you don’t realise your strength until you’ve been at your weakest, you can’t see the light until you’ve seen darkness. What you’ve experienced shapes you in some way.

I am who I am today because of challenges like my eating disorder.

In 2015, I fulfilled my dream of playing basketball for Australia.

Getting the invitation to my first Opals camp was such a big thrill. The feeling of that call-up and winning selection felt like I’d won a gold medal for Australia!

I went on a European tour with the Opals three years ago. To be part of something I had dreamt about for so long was awesome. Then, under Sandy Brondello, I was selected to be part of an Australian training camp in Phoenix last year and made my first official national team.

People say nobody can ever take that away from you and it really is true. I’ll always have that moment of first representing my country. I’d love to do it again.

I wasn’t selected for the Opals training camp in Italy earlier this year, ahead of the Commonwealth Games on the Gold Coast. That was obviously disappointing, because it would have been amazing to be part of a tournament like that on home soil. But you deal with it and then it’s back to work.

I’ve had some issues with my ankle this year and took time off during the off-season to get stronger and add to my game physically and mentally. Now I can’t wait to get back into action this WNBL season with the Melbourne Boomers, my team for the past three seasons.

From there, my focus is to get back into the Australian squad and move a step closer to my ultimate goal of representing the Opals at the Olympics. It’s a step-by-step process but one I am fully committed to.