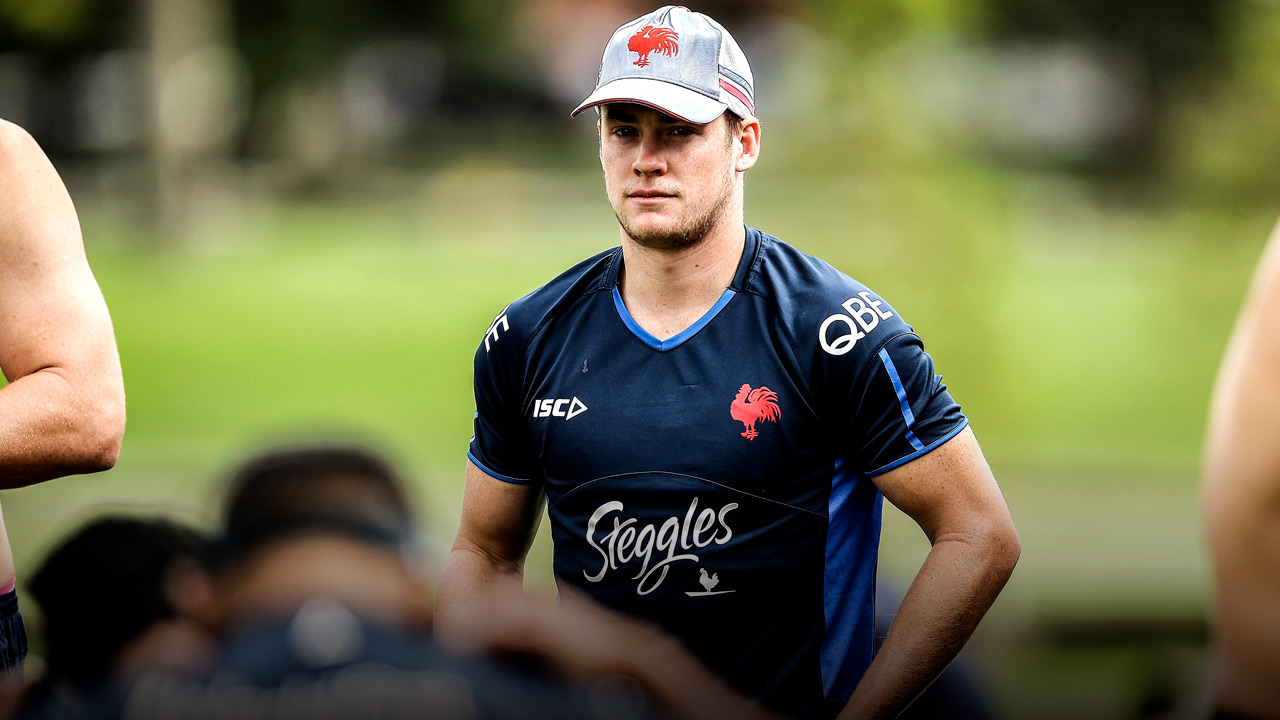 Nothing compares to their sacrifice

Nothing compares to their sacrifice

There’s no atmosphere like it. I was talking to one of the boys at the Roosters this week who hadn’t played in an Anzac Day clash yet, and I told him that other than the grand final, it’s probably the best atmosphere that I’ve experienced.

I don’t have any family connections to the Anzacs, but obviously the whole aura of the day on which we pay respect to the army and to Australian servicemen and women past and present is just really special.

I got to experience an Anzac Day clash last year for the first time in my first season at the Roosters, and it was probably the best Anzac Day I’ve had. I’ve been to a couple of dawn services in my life, and in the past at the Rabbitohs I was usually training on Anzac Day. So last year was the first day when I had a big game on, and what I loved was how they mix it all in.

Obviously, there’s the whole commemorative service before, then the game, which was very moving. And then the way the game went made it a day I’ll always remember. We won the game last year 13-12 thanks to a Mitchell Pearce field goal, but what I really remember is that feeling of how lucky we are to be doing what we’re doing.

I think we tend to use military terms like ‘battle’ and ‘in the trenches’; and those type of words in these combative sports like rugby league and AFL because we aspire as fans and players to be able to compare our game to something so extreme.

But if you peel it right back, we go through nothing compared to what our soldiers do. Obviously they go in, and they don’t know if they’re coming home, whereas we have a 26-week season and pretty much the worst that can happen is a bad injury.

The ups and downs we go through as players and as supporters of teams really is nothing compared to what the soldiers and the servicemen and women go through.

I think sometimes it might be perceived as disrespectful to say, ‘It was a real battle out there’, or something like that about a football game. But I think you can also look at it the other way.

As a sporting public in Australia, we look up to our military so highly, and that’s why we try to make comparisons. I have never met a single person who wants to disrespect those people. It’s all about admiration.

Grateful to be able to play on ANZAC day and Evan more awesome to see so our fans pay there respect. #lestweforget

BACK FROM THE JAWS OF DEFEAT

The jaw’s feeling good. Obviously, it was a long process after injuring it in pre-season training in January. But I feel pretty fresh and haven’t had any ongoing issues with it.

It was pretty funny. First game back in Round 2, one of the Bulldogs players got me right on the chin. As I got back up, I was thinking, ‘Uh-oh’. There were a few little voices in the head wondering whether it would hold up, but luckily it was sweet.

I was pretty happy with my form when I returned to the field. I think that the excitement and buzz of a new season kind of carries you through that first month of footy. You’re just buzzing around trying to get as much ball as possible, and obviously some stuff came off for me, which was nice.

But as a team, we haven’t been as consistent as we want. We understand it’s early days, and we’re building a bit of a defensive culture at the club. We think we’re on the right path.

The ups and downs we go through as players and as supporters of teams is nothing compared to what servicemen and women go through.

As for some of our star signings, I think they’ll only improve too. If you asked Teddy, he’d probably say he’s not where he wants to be yet, but he’s getting better and better.

One part of his game that a lot of people don’t look at or analyse very closely is his defence, which has been massive for us this year. The way he organises the line is incredible. He has saved that many tries. I think the big flashy plays will come out as the season progresses and he builds combinations with guys around him.

As for playing outside Cronk, what can I say? It’s great fun, and such a privilege. I was talking to a mate the other day and they were saying that since I came into first grade, I’ve played alongside Adam Reynolds, Mitch Pearce and Cooper Cronk.

Those guys are three topline halfbacks. Cooper is probably up there with the best that has played that position, and I reckon Mitch will be too once he’s finished. And Adam Reynolds is Adam Reynolds. They are three representative halfbacks – all of them have played at Origin level or higher. As I said, I’m very lucky to play with these guys and it does make my job fun.

Halfback is probably the most important position on the field. What these guys do dictates what I do as a player, and it makes my job a lot easier when those guys are such great players. Cooper and I are still nowhere near where we really want to be with the ball. It’ll be a cool process to follow our progress and watch our combination evolve throughout the year.

Someone must have told @keary7 it’s game day tomorrow! ? #Represent

This Anzac Day game is going to be a great contest. They’re a serious footy team, the Dragons, as people have seen over the first couple of months of the season. They’re probably the pick of the bunch at the moment.

They’re playing a really powerful game through the middle and their halves combination of Widdop and Hunt and the young fellow at the back, Dufty, are all going really well.

It’s not often you see a sell-out in a round game during the year, so it’s going to be a very special day with two pretty special teams and a special crowd. Put it all together and it should be a cracker. I know I can’t wait, and I know there’s been a bit of a buzz in the air around training this week with a lot of the boys, no matter if it’s their first or their tenth Anzac Day game.

It’ll be a cool process to follow our progress and watch our combination evolve throughout the year.

I was born in Queensland, but I moved down here when I was 10 and I love it here. Dad worked with James Hardie and my parents actually moved all around the country for his work. They lived in Ipswich, Adelaide, Perth, Darwin, then back in Queensland, and then eventually an opportunity came up in Parramatta, so they took that job.

I’ve got all my lifelong friends here in Sydney as well as my family. This is where I’ll hopefully live when I finish up footy. And so, while I was obviously born up in Queensland, I definitely consider myself a New South Welshman, no regrets.

"We always talk about holding a team to nil, so it's pretty nice to get one." – Luke Keary. Enjoy some of the best images from a hard fought victory against the @NRL_Bulldogs https://t.co/ZkDGPaEsnb pic.twitter.com/78J8JbzRf9

I think there was a lot of confusion at the start of my career as to which state I was eligible for. I actually did a Queensland emerging State of Origin camp very early in my NRL career with guys like Dylan Napa, Anthony Milford and Corey Oates.

The next year I was there in the NSW camp with boys like Matty Moylan, Josh Jackson and Dylan Walker. So I’ve seen a bit of both sides. You might say I’ve got all the information!

What I can tell you is that both sides are as passionate as one another. I haven’t been in a proper camp yet but the emerging Origin camps were both very similar.

But State of Origin, for now, is a future dream. What matters right now is Anzac Day, paying respect to servicemen and women past and present, and hopefully getting a win over the Dragons.