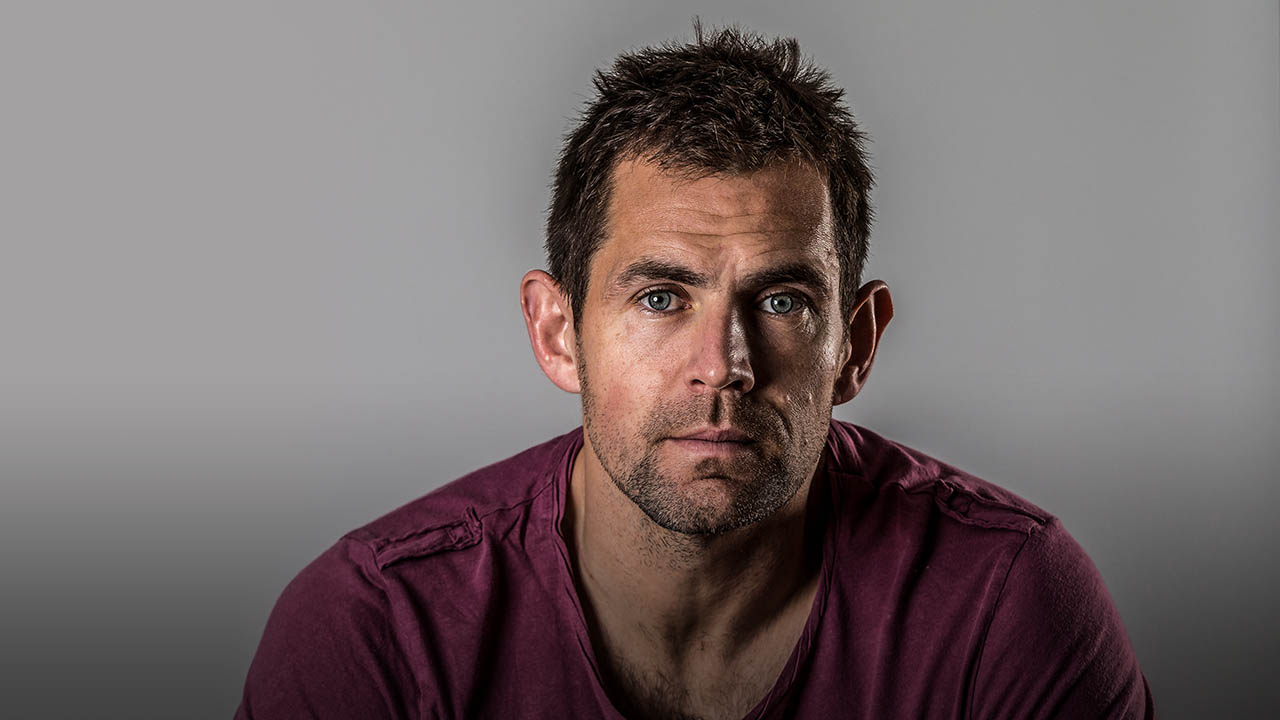 How Kokoda changed a club

How Kokoda changed a club

My first memory of wanting to play AFL was 1995.

I was a Richmond supporter (thank God I went to Hawthorn!), and we’d made the trip from Colac to the MCG to see the Tigers play North Melbourne, who were a power team with Wayne Carey at the helm.

Richmond won, and this huge army of fans dressed in yellow and black belted out the theme song.

Given how much the game has changed on so many levels (how soft the tribunal has become, the media probing in people’s private lives, etc), I can understand some people might think I’d be glad I’m finishing my career rather than starting it.

But if I was an 18-year-old kid I’d love to be going into the AFL now. I couldn’t think of anything better.

A huge part of what I’ve loved about playing the game is down to the fans. That day as an 11-year-old opened my eyes to how incredible it is to have a job where you get to run out on the MCG in front of 50 or 60,000 people every week, and 100,000 in September.

As footballers we live our dreams because of the loyal people who come week-in, week-out to watch us. I’ve been lucky to play in front of huge crowds, and they’ve helped make my dreams come true.

THEY NEVER TURNED ON US

A couple of nights before my last game we held a function at a big pub out in Melbourne’s south-eastern suburbs, near Hawthorn’s home base.

It was a last hurrah, a way to thank everyone for their support. Our fans have had a fair bit to cheer about in recent years, but in 2017 we were up and down.

The first half of the year was more down than up – we were pretty dismal, but they were there, they never turned on us.

This night they turned up in their hundreds and queued for hours. A special version of the Michael Jordan “wings” print had been put together, with me wearing the four premiership medals and two Norm Smith medals and the four cups in the background.

They were the spoils of my career, but every Hawthorn fan should feel like they’ve got a stake in them too.

I signed prints, posed for photos, then got up on stage and spoke about my football journey. People told me they’d travelled more than four hours to be there, that they weren’t going to make it to my last game, but this was their big night.

When people line up for so long just for a smile, that’s humbling. Sitting backstage waiting to go on, I peeked out at the crowd while they were watching highlights of our 2008 premiership.

To see 400 faces smiling as they relived our upset win over Geelong, that makes those memories even greater.

When I first started we only had about 25,000 members, which was among the lowest in the AFL. Jeff Kennett became president in my fourth season, 2005, and he drove a huge focus on the playing group giving back to the supporters, giving them every reason to sign up and feel like they’re truly part of the Hawthorn footy club.

In 2017 we had 75,663 members, second only to Collingwood on the AFL membership ladder.

A lot of work has gone into achieving that – regular clinics in Tasmania to embrace our Tassie fans, family days back at Glenferrie Oval and out at Waverley.

To see the thousands of people who turned out to watch training in the weeks when we made the Grand Final, and then flocked to Glenferrie the day after we won those premierships, has been amazing.

We’ve grown together. My footy journey – learning what it takes to be the best – has run parallel with the footy club’s.

When Alastair Clarkson was appointed coach at the end of 2004 we’d made a preliminary final only three years earlier.

I remember Clarko speaking to us after the first meeting he had with our sponsors at the time, HSBC, an international company who’d had professional and sporting relationships all over the world.

They told Clarko Hawthorn was the worst organisation they’d been involved with.

From what they’d seen, they concluded that on the ground it was more about each player getting a kick or kicking a goal than actually helping the team win. They decided to do something to bring us together as teammates, so that we’d look after each other.

So we went to Kokoda.

We were put through all sorts of group challenges, like carrying a telephone pole or a stretcher full of sandbags, and each of us had to carry a 20-kilo pack and 20-kilo sandbag the whole way along the 96km track through the jungle.

One of our young players was an indigenous teenager from Port Lincoln named Harry Miller, who was small and slight and really struggling.

We were on this narrow, slippery track, climbing close to half a metre with each step. Harry would have fallen over backwards if Trent Croad hadn’t been right behind him, a hand on his backpack pushing him on.

When it looked like Harry couldn’t take another step, Croady took Harry’s sandbag and threw it over his shoulder, leaving him to walk with 60 kilos on his back and reducing Harry’s load to 20kg.

I looked across and saw Clarko smile. We were starting to get it.

We’d been selfish and undisciplined. There were rules brought in around attire – everyone in the same runners, same coloured socks, same shorts – little things designed to get us all pulling in the same direction.

One day Zac Dawson turned up for training with the wrong socks on. Everyone knows how fiery Clarko can be, but he didn’t give him a spray. He just told the whole group, ‘Boys, tomorrow we’re going to the bay for a swim at 6am.’

We arrived at the beach in the pre-dawn winter darkness, and Zac wasn’t there – he’d slept in. When he finally arrived Clarko calmly said, ‘Zac, you’re late. Everyone in the water. And tomorrow we’ll be back here again at 5am.’

Everyone was filthy on Zac, but it started to change the mindset. Whenever there was an early session to get to, you wouldn’t just get up and get yourself there – you’d make sure the next bloke got there too.

Clarko taught us that the game is bigger than you, and Kokoda was a massive part of that.

We started to understand that if you let someone down on the field, you were letting down the whole team. We became a proper team, and for four of my 16 seasons we were the best team in the game.

Personally I came a long way too. When I was drafted I was ready for AFL football in a playing sense – understanding the game, putting my head over the ball, knowing what to do with it when I got it.

But when it came to professionalism – your diet, preparation, recovery – I was a raw kid. None of that stuff had been shown to me as a kid.

Chris Judd, Luke Ball and myself were always lumped in together because we were the top three in the 2001 draft.

Juddy and Bally had been to private school in Melbourne – they knew what a dietician was, knew blokes who’d been at their school who were already in the AFL system.

I had the advantage of having played senior football against men since I was 15, but when you did that you just followed what the older guys did. It wasn’t a bottle of water and pasta after the game, it was sit down to a beer and a pie. And maybe another beer.

WEIGHT, DIET AND THE TRANFORMATION

My development suffered in my first three years due to injury, and a lot of that was down to poor preparation and diet. Being overweight didn’t help.

My first coach at Hawthorn, Peter Schwab, used to sit me down and go through what I should and shouldn’t be doing. I’ve stayed close to my childhood mates right through, and when I started they loved coming up to Melbourne to watch me play and get out on the town.

I’d arrive at the footy club on Monday, Schwabby would ask what I’d been up to, and I’d tell him. He’d say, ‘Do you reckon you could have cut it a bit shorter?’ And I’d be like, ‘Yeah, but my mates were keen to go to such-and-such a place, they’d come down to see me, I wanted to spend time with them.’

I couldn’t lie – Melbourne felt like too big a place to make something up. ‘Were you at a pub?’ Say no and there was a fair chance someone had seen you. You couldn’t hide like you could back in Colac.

There wasn’t a single moment where I went, ‘Hang on, I know what to do now.’ Mark Graham was in his tenth season when I started, and he was great with the younger guys, always having us around to dinner and helping us settle in.

He used to say, ‘Your pre-season is to come back and lose the weight you’ve put on in the off-season.’

Ideally it would have been nice to catch on a bit earlier, but I’m a big believer that you make mistakes along the way, and as long as you learn from them and improve they’ll make you better.

And I’ve made a lot of mistakes – a couple it’s taken me a few warnings to learn from – but I’ve understood the errors I’ve made. And I’ve always put my hand up and said, ‘My bad, I’ll cop the punishment.’

It took the ‘little fat kid from Colac’ a while for the penny to drop.

But through 16 seasons and more than 300 games I lived that 11-year-old’s dream. It put smiles on faces, not least my own.

If I could just wind back the clock on this 33-year-old body, I’d do it all again in a heartbeat.