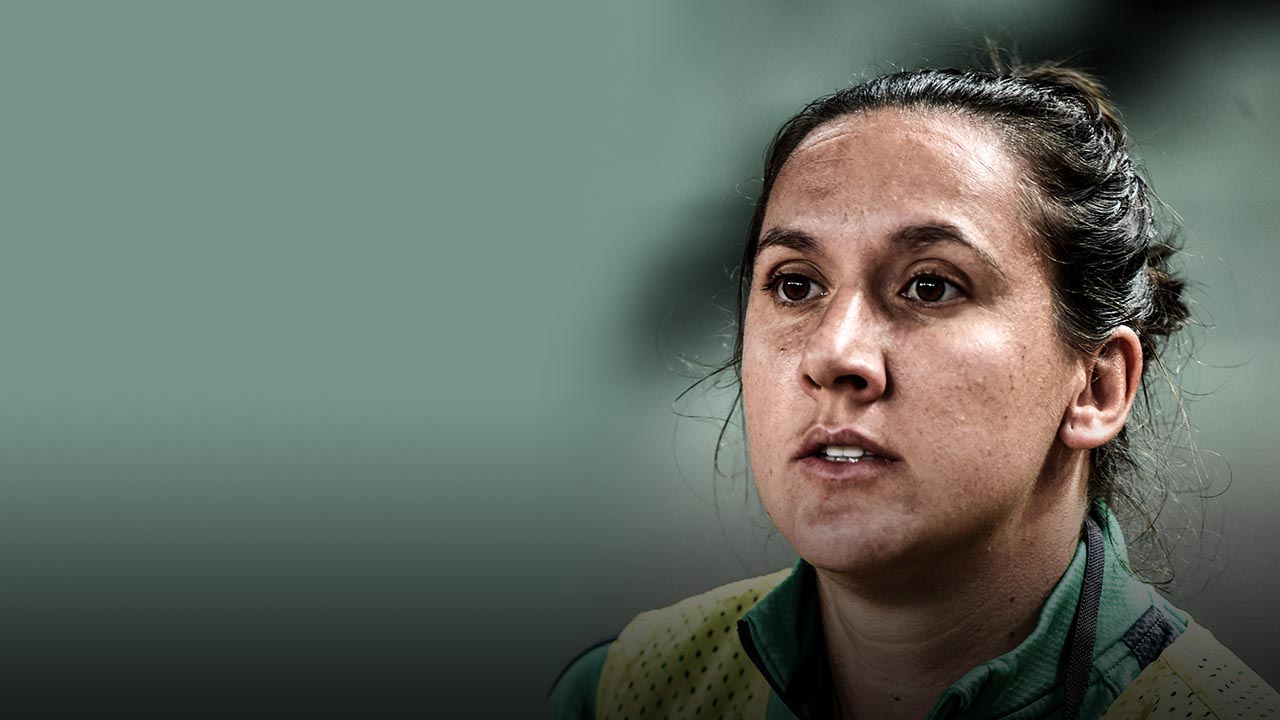 From dole queue to a dream

From dole queue to a dream

I’m obsessed with football. I’ve got no problem admitting that.

It’s an unhealthy obsession in a way. I’ve got my best friend’s wedding coming up in the New Year, someone I’ve known all my life, but it’s around finals time in the W-League. I’m weighing up what I’ll do if my team is in the finals, when the simple answer should be, ‘Go to your best friend’s wedding’.

Football is everything to me and the reason I love the game so much is because if I wasn’t playing football, if it wasn’t so important in my life, I don’t know what kind of person I would’ve become.

I don’t know what my pathway would have been. I’ve got a feeling it wouldn’t have been a good one.

I know me. I know the kind of character I am. I was the sort of person who told people what I thought and didn’t care about the consequences. But football taught me discipline and to think about the team and do the right thing.

It taught me how to communicate. It’s still teaching me. I’ve learned skills – and I’m not talking about football skills now, but real life skills – I never thought I’d have.

Football gave me routine. When I was young, if you’d taken football away from me I wouldn’t have known what to do. It kept me on the straight and narrow. Without it I reckon I would’ve run amok as a teenager.

When I play, I can just escape from the world. It’s me, the ball and my team. It’s like you give your all to something and just disappear within it.

The downside of it is that when you lose, it hurts. Bad. I don’t sleep for days and it’s not until I get the opportunity to get back on the field that I feel better, but that’s how I see football. It has given me a life of doing something I love.

I was 15 when I made the decision to leave home and follow my dream. I’d been identified by the Young Matildas and they needed me to be playing in the women’s competition. But there wasn’t a team at home in Western Australia. The nearest was in Adelaide, so that’s where I went.

It wasn’t like a proper competition, just a few states. The W-League hadn’t been formed yet. I had to pay to be registered. I remember being 15, 16 years old, living away from home and with nothing in my bank account.

This was before mobile phones and back then I had to use a pay-phone and scrape together 50 cents here and there to call Mum back home to let her know I was still alive. I went on the dole to get some money.

I stayed with the coach or the manager, which was fine. Then I stayed with a player and she was quite wild. It wasn’t like I was constantly in an environment where I was properly looked after, but it helped me grow up fast.

I was a baby, really, but I was thinking like a 21-year-old. I had to have the mentality of a young adult.

It’s tough when you’re out of school and you’ve got no friends or family around you, but I was chasing my dream. If I thought, ‘Why am I doing this?’, the answer was, ‘I want to be a Matilda’.

Once I settled in I made good friends and the experience built character. I’d go back home in the off-season and try to study and catch up on all the schooling I’d missed, but I never got back to that properly. I wasn’t very good at school anyway.

I look back now and I know I became the player I am because I had to develop that work ethic. The circumstances were never easy, but I still wanted it so badly and to get it I had to work my backside off.

That’s why, as much as it’s great, of course, for the women to get better pay and conditions, I hope it never reaches the stage where they feel entitled, where it gets too easy to survive. Because it’s that mental toughness that is the key.

When you’re mentally tough and resilient and you’ve got that belief, that’s what creates a player. I had to fight for everything I wanted and that comes out in my playing style. I didn’t have the typical teenage years, because I had to make all these sacrifices.

The downside of it is that when you lose, it hurts. Bad. I don’t sleep for days and it’s not until I get the opportunity to get back on the field that I feel better, but that’s how I see football. It has given me a life of doing something I love.

I remember, being in Adelaide, my sister would ring me from back home and she’d be out with all of her friends having a good time and I was by myself. If I’d just lost a game I’d think, ‘What am I doing here?’, but my heart always told me, ‘You know why you’re doing it’.

Since my early 20s I’ve had a big profile, so clubs that did sign me were going to be paying the top range at the time. I’ve done all right out of football. I mean, I’m not rich, but I’m not poor.

I arrived in the era when they started with contracts and then I played overseas. The younger girls now will probably go on to make a lot more than I have in my career, but I’ll be happy to see that. I’ll be glad to have been a pioneer.

I’ll turn 33 in November and now that I’m getting older I take it step-by-step and I’m constantly communicating with Alen Stajcic.

I want to keep playing while I’m still doing it at a high level and I’m passionate for the team, but I don’t want to ever be a token selection just because I might be playing reasonably well and I’m a leader.

I wouldn’t let it get to that point anyway. When I leave, I want to do it on a high note. I want people to remember me as someone who left everything on the field right to the end and who could have possibly played on for an extra two years. I don’t want any question marks.

There’s a bit of a revolution happening with the Matildas now, as everyone can see. It was fantastic to play in front of a full house when we beat Brazil at Penrith on Saturday and we’re looking forward to playing them in front of another big crowd in Newcastle on Tuesday night.

I arrived in the era when they started with contracts and then I played overseas. The younger girls now will probably go on to make a lot more than I have in my career, but I’ll be happy to see that. I’ll be glad to have been a pioneer.

Australians love winners and we’re winning. But it’s not just that. We’re playing good football and fighting hard. Aussies love their teams to show heart and soul and that’s the reason why we’re hot property at the moment.

We’ve done the hard yards. We’ve had to fight for everything, from getting the right gear to being paid better, staying in a good hotel . . . We’re now getting the sort of respect the male players do and, when you compare the two, we put in just as much effort as the guys.

The goal I scored on Saturday was one of the best of my international career. I’d scored one like that for South Melbourne and I tweeted something about how it would be great to score a similar one for the Matildas, playing in front of a sell-out crowd.

Things happen if you want them badly enough. The ball came on to my foot really well and I just went, ‘You know what, I’m just going to hit this.’ I knew from the way I connected it was going to be on target and probably go in.

I’m proud to have the all-time goal-scoring record for the Matildas. People tell me I’m only five behind Timmy Cahill’s total for the Socceroos and I’d like to chase that. I’m always chasing goals, always chasing records and trophies. I always want to achieve and do my bit for the team.

The aim for all of us on Tuesday night will be to just keep winning and improve along the way.

I’ll go in to play with a lot of energy, like I always do. I grew up playing with the local boys in my neighbourhood and they were rough, they were dirty, and if you wanted to win the ball you had to compete hard.

That’s where I developed my competitive nature. It’s been ingrained in me ever since.