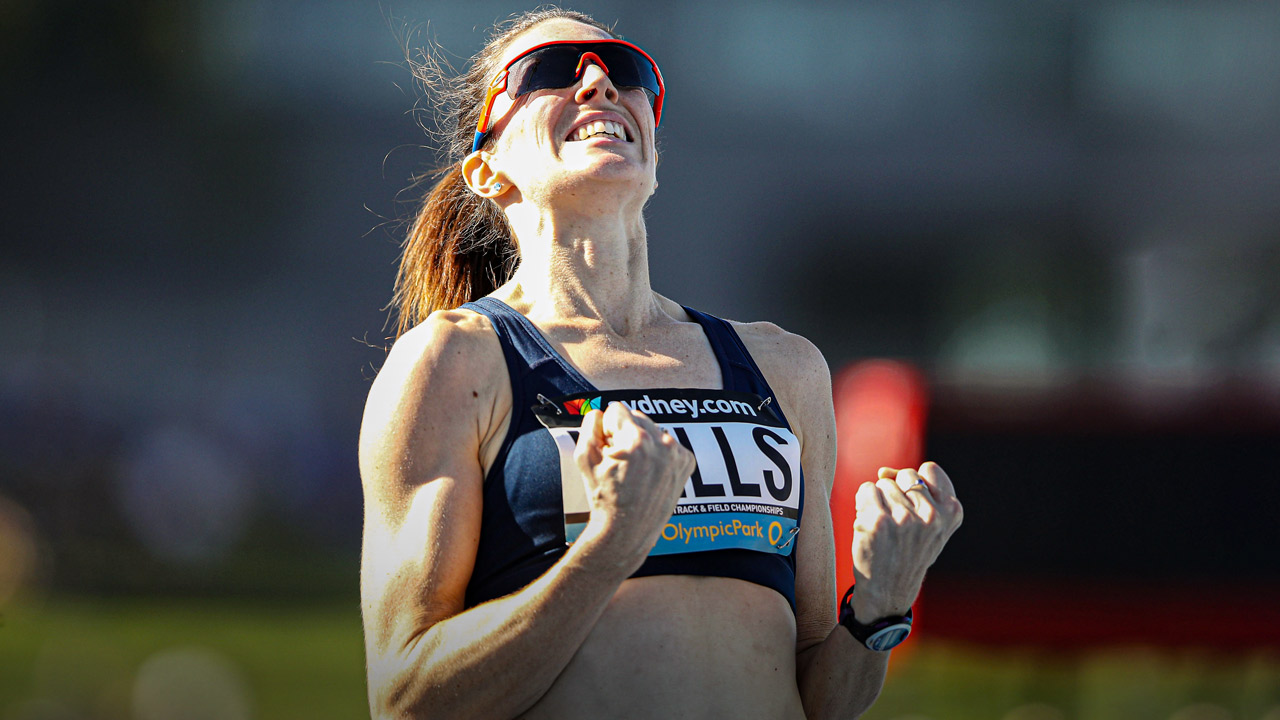 ‘People look at us a bit strangely’

‘People look at us a bit strangely’

In 2005, my coach Matt Beckenham and I wrote a number on a whiteboard in an office at the AIS.

It was a time, sub-55 seconds, we thought I’d reach during my career as a 400-metre hurdler. We didn’t put any time constraints on it.

Since then I had won 11 national titles, travelled the world to Olympic Games, World Championships and Commonwealth Games, lived the life of a fulltime athlete and come so close plenty of times, without hitting that number.

Then this year, having wound down my training after the Commonwealth Games on the Gold Coast, and started a teaching career – my first fulltime job – I started seeing some omens in the numbers around me.

Then we finally did it, winning a 12th national title and breaking that barrier that we’d been chasing for 14 years.

Now, having thought my Olympic career was probably over, I’m thinking, just maybe, I’ll go for a third Games in Tokyo next year.

NEVER DREAMT OF BEING AN OLYMPIAN

I started track and field when I was five. The allure was doing all the different events. My club, Corroboree, was different to a lot of others in that they did hurdles every week, instead of once every few weeks.

When I was little, I did the discus, I did the walk, I did everything. But I never once dreamt that I would become an Olympian.

It was never a goal of mine, either. I never said to my parents, ‘That’s something that I want to do’.

We all went, as a family, to the Olympics in 2000 and watched Jai Taurima win the silver medal in the long jump. I just loved it. We jumped up and down and cheered.

But even then, 100,000 people in the stadium, all the excitement, I never thought, ‘Yeah, I want to be out there on the track’.

It’s not to say that I never wanted to go to the Olympics. It’s just that I enjoyed it for what it was and never really thought it was a possibility.

I genuinely loved the sport, so I loved watching it as well. And I was perfectly fine with other sports, too.

The love was probably born quite early. Both of my parents really love sports, too, so my life took a  natural, organic progression; it was never anything that was forced.

mapping out a plan

I met my coach Matt for the first time when I was still in Little Athletics.

Matt ran the 400 metre hurdles at the Sydney Olympics and I met him when I was 13. I’d won a bronze medal in a hurdles race and he presented it. He signed a photo to “Lauren, all the best.”

It’s pretty cool looking back on that. The start to a special relationship.

I started working with Matt in 2002. We were doing long jump training and sprint training. I was still raw and he was my first proper coach.

I then went on to a Little Athletics team in 2003. And then the World Youth Championships in 2005, where I came away with a silver medal in the 400 hurdles.

It was a quick journey from starting out as a Little Athlete to representing Australia at an under-18 World Championships. When I got back from those championships, Matt and I sat down at the AIS with the whiteboard out and we kind of mapped out where I could go in my career.

I made the Commonwealth Games team the following year, in 2006, when I was only 17. If the 2000 Olympics hadn’t exactly done it, competing at the MCG in front of so many people ignited that flame and made me want to make as many Australian teams as I could.

I remember sitting with another athlete when Kerryn McCann came into the stadium to finish the marathon. It was the morning session, so it wouldn’t have been full, but the noise was deafening.

And I remember looking at the rest of our team, and we were like, ‘Yes, this is why we do athletics.’ It was incredible.

I SHOULD BE ABLE TO DO IT SOON

I ran some significant PBs in 2010, including my first 400-metre hurdles under 56 seconds. But it took three more years to run another PB.

That run of 55.08 seconds in Belgium felt easy and I just kind of thought, ’55 seconds, I was pretty close to breaking it, so I should be able to do that soon’.

It’s tough when you don’t run PBs for quite a few years. However, I was still making World Championship, Olympic and Commonwealth Games teams. I was still being quite successful, being top-20 in the world.

I thought last year’s Commonwealth Games on the Gold Coast would be my last competition representing Australia. I started full-time teaching this year.

I had decided to re-prioritise and put all of my time and energy into teaching and setting up that career.

Now, having thought my Olympic career was probably over, I’m thinking, just maybe, I’ll go for a third Games in Tokyo next year.

That takes a lot of mental capacity. Obviously, it’s not just a 9-5 job, so I wanted to make sure I was giving it my all. And I knew that would mean my athletics would take a backseat.

I was perfectly happy with that. I never intended on going to the World Championships this year. So my mindset was completely different when I went back into training after the Commonwealth Games.

I wasn’t dictated by time or qualifications or anything; it was just the week-to-week thing. I did the training load I could justify and started really, really enjoying it again. I felt mentally refreshed.

When I came out this season and ran my first hurdle race and managed to qualify for the World Champs, I was incredibly surprised.

It was my fastest season opener by about half a second. But I was beaten on the line. As the media pointed out, I hadn’t lost in Australia for years.

So, it was a strange feeling. I had run my fastest time in opening a season ever. And I had just qualified for the World Championships. But I was no longer the fastest in Australia.

Two weeks later I ran an even faster time on my own in Canberra. But then I went to the Sydney Grand Prix and got beaten. To have two defeats in the season is not something that I was used to.

But everyone kept asking, ‘Are you going to go to World Champs? What are you thinking of doing?’ Even the week of Nationals I wasn’t entirely sure.

I wanted to line up at Nationals and be confident that I would win that 12th title and that I would then automatically be selected to represent Australia.

It wasn’t until I crossed the line first that I was 100 per cent sure that that’s what I wanted to do.