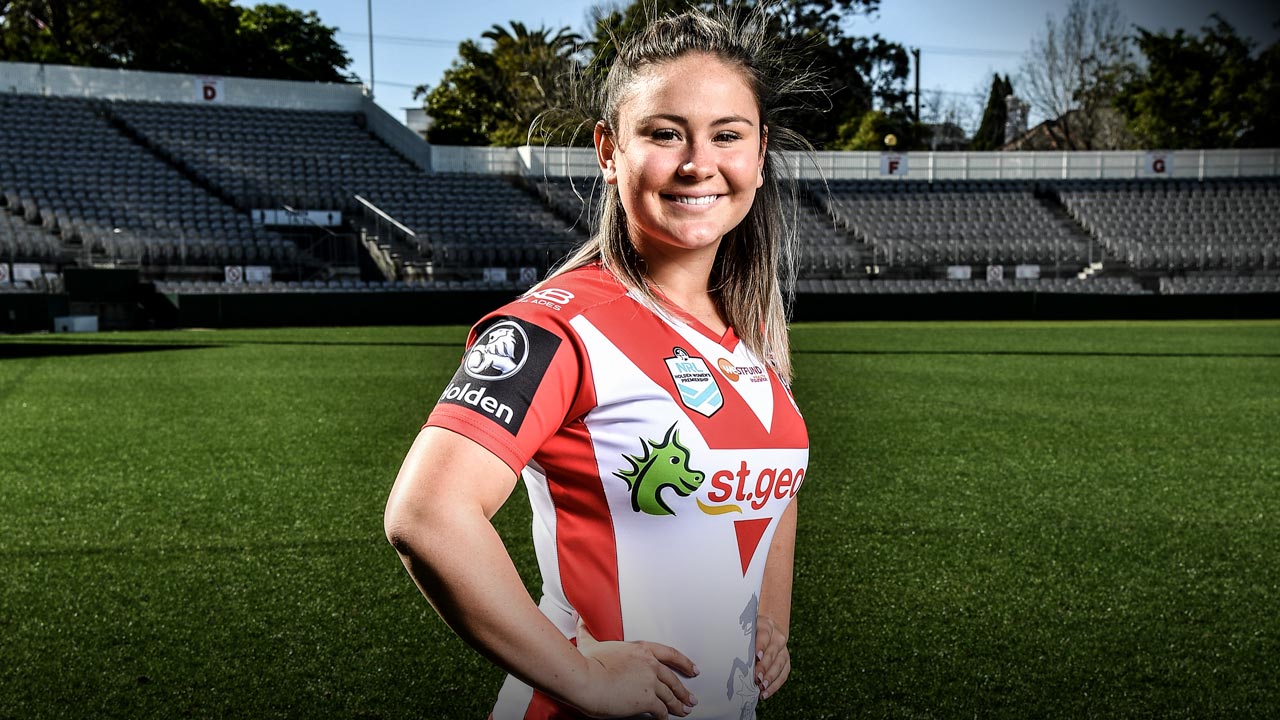 Why I feel bad

Why I feel bad

I feel bad. Yet at the same time, incredibly fortunate.

So, to all the amazing women who have come before me, all I can say is this.

Thank you so much for everything that you have done for women’s rugby league.

For me, and for every young female player.

I feel so lucky to be starting out at a time when the women’s game is taking major steps towards professionalism. To have turned 18 in a year where we have witnessed the first official Women’s State of Origin game, followed by the inaugural NRL Women’s Premiership.

I also feel bad. I will never have to feel what those women who came before me felt. Their sacrifices. The hardships of lost jobs and strained relationships. The fight for the most basic recognition.

Tarsha Gale spoke to our Illawarra Steelers team once, before the start of the under-18s Cup competition that bears her name. She told us about all the times that she spent her own money, a lot of it, for the honour of going away to represent Australia.

Those times bred tough girls, that’s for sure.

It is hard for me to fully understand what women like Tarsha have been through to earn what we have in the game right now. I am reaping the benefits of their hard work.

That part of it sucks, that the rewards go to the next generation. But what an incredible legacy. I am so grateful.

Of course, many of the women who made it all possible are still playing. I’m proud to call some of them teammates, both at local club and NRL level.

There are women I play with at Corrimal Cougars whose names you probably won’t know, girls like Tammy Fletcher, Jade Etherden and Jen Latu, who have been there from the start of their existence; 2011, the year the Illawarra women’s competition began. They had to fight just to get jerseys that fitted properly.

The first four seasons, Corrimal did not win a game. They got smashed. Yet they still got the numbers for their team. They persisted.

Now, we’re back-to-back premiers (though Helensburgh had both Sam Bremner and Kezie Apps out of this year’s grand final).

Sammy started the Helensburgh Tigerlillies back in 2011. She was a leading voice in getting women’s footy recognised in the Illawarra region; for example, making sure women’s grand finals were played at proper stadiums, just like the men’s, not out of sight on local grounds.

Sammy’s first recruit at Helensburgh was Maddie Studdon, who was NSW captain for the inaugural Origin game yet had to resign from her job as a wharfie beforehand, because there wasn’t enough time for both footy and work.

The level of commitment, the sacrifices, have been crazy.

But so is what those women have created, from the grassroots up.

Not the best result but can’t wait to come back next week ? ♥️

We live at Woonona in Wollongong’s north and I grew up across the road from a massive oval, Nicholson Park. It used to be the main local footy ground. We had heaps of people about my brothers’ age who lived around us, so all the time we used to go across the street and play. Touch footy, and tackle.

I reckon playing footy with my brothers, Rory and Kurt, from a young age gave me plenty of the skills I still have in my game today. A show-and-go I like to use. Maybe a bit of toughness, too.

Dad used to coach rep rugby union teams at Nicholson Park and when I was playing Oz Tag, he’d get me across the road and have me practise all their attacking drills with them. That helped my development a lot.

I’m from a big union family, all Waratahs fans. I played rugby, AFL, touch and Oz Tag when I was younger. I played a heap of rugby sevens, plus 15-a-side until I was 12. I played Oz Tag for Australia for three years and we won a world championship in under-16s.

WORLD CHAMPIONS??? with these amazing girls❤️❤️

I was in the union system when I was starting to think about my future in footy, but to be honest, it was very unprofessional compared to league. My parents, Ron and Simone, could see where league was going and thought it offered more of a future.

They told me to pick a sport and have a crack, and I knew I wanted to go with league.

I started out playing nines with Corrimal, November 2016, in an under-17s team. I heard they were going to have a Steelers Tarsha Gale Cup side the year after and thought it would be so cool to play in that. I made that squad, played one game, and fractured my wrist.

Still, I loved it.

In this year’s Tarsha Gale, I dislocated my elbow near the end of the season, at Easter. It was the round before finals; we lost a couple of games in a row and we were out. I had three weeks off, strapped up the elbow and played for Corrimal.

It hurt, but I thought that injury would be a lot worse. Playing is fine, I’m just keeping it strapped. It still gives me a bit of grief the day after a game; it gets a bit sore and I still can’t straighten it fully. That’s footy.

I look real bad after games as it is – I bruise easily. I’ll see my family or friends afterwards and they reckon it looks like I’ve been bashed up!