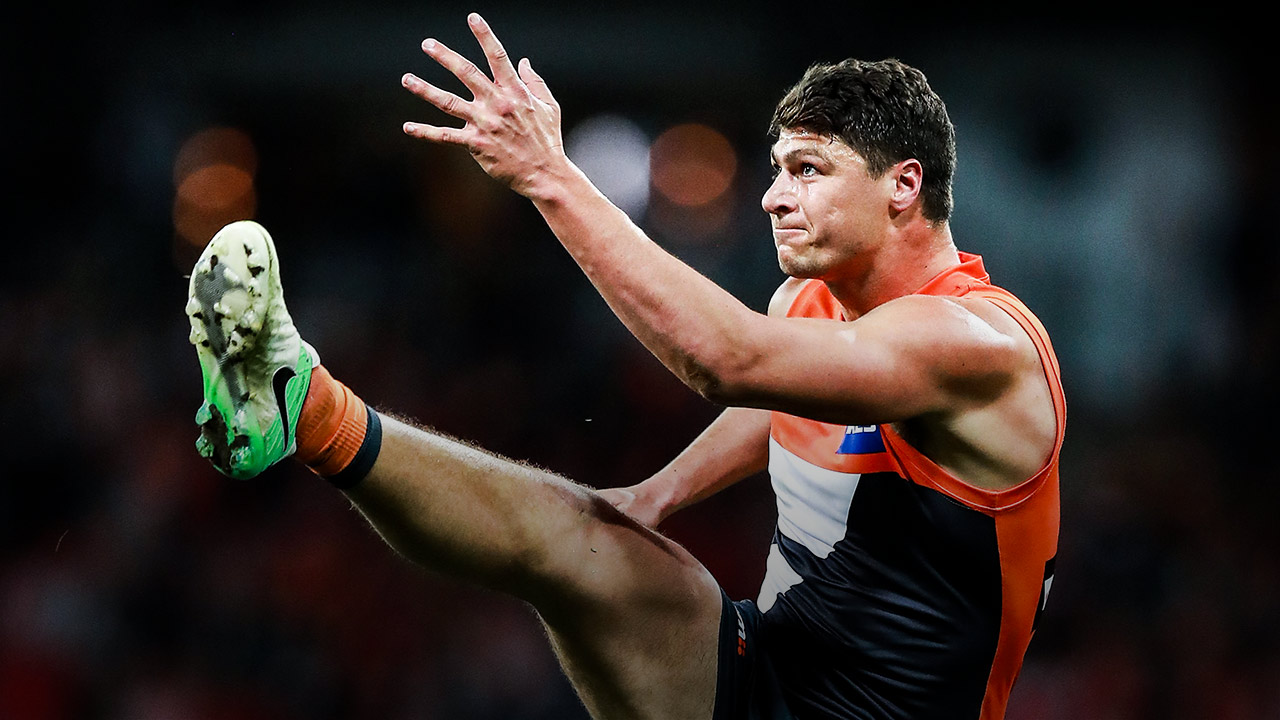 What Sydney has over Melbourne

What Sydney has over Melbourne

I came to Sydney for the national under 16 football championships and spent the week based at Blacktown. When the Giants drafted me two years later, that tiny taste of the outer west was about all I knew of Australia’s biggest city.

If you’d asked me to describe it, I would have said big and hot.

I was expecting to move to Sydney and it would be, not a hellhole, but nowhere near as good as Melbourne.

I was so wrong.

I always thought Melbourne was so much better than Sydney; I guess as a kid you don’t know anything other than what you’ve grown up with. I knew there was a rivalry between Melbourne and Sydney for sure, but Melbourne always seemed to win when they did those most liveable city surveys.

I never had ambitions that this place could be my home for the rest of my life.

THE CITY I PREFER

We lived at Breakfast Point when I first became a GWS Giant, a bunch of 18-, 19-, 20-year-olds all together, and trained at Blacktown.

It was perfect for us to get settled – if we’d been living out in the east and travelling to Blacktown every day I’m sure everyone would have been pretty cranky by the time they got there.

The west was pretty much all we knew – it was secluded, which had its upside, but we didn’t get to see how much was going on in Sydney.

I moved out east when I was turning 21, and that’s when I really saw what Sydney has to offer. I’m at the beach pretty much every day.

Growing up in Melbourne, in Rowville in the outer eastern suburbs, that wasn’t a thing. It was go to the park and kick the footy, or go to the basketball court. It was never, ‘Hey boys, let’s go to the beach.’ Now I’m 10 minutes from the beach and virtually live there.

When people ask me now, ‘Which city do you prefer?’ the answer is definitely Sydney – and that’s coming from a Melbourne person.

I find a lot of Melbourne people are ignorant and naïve to the fact that Sydney is a pretty cool city too.

I moved out east when I was turning 21, and that’s when I really saw what Sydney has to offer. I’m at the beach pretty much every day.

They talk about the traffic and the lack of nightlife, restaurants, whatever, and I’m like, ‘I’ve got no idea what you’re talking about. I’ve lived here for six years and it’s pretty amazing. If it wasn’t, I would have gone home.’

The first year you obviously go through some homesickness, being 18 and away from home for the first time. But it makes you mature – a lot.

Being in a strange city, having to pay your own bills, cook, clean, pay taxes and manage your life, you have to grow up pretty quickly. Looking back, I don’t think I’d be as mature as I am now if I wasn’t playing AFL – and playing it in Sydney.

‘WHO ARE THE GIANTS?’

When I moved I didn’t have any friends here apart from my teammates. Now I’ve made a lot of friends outside of football, which gives balance and perspective to my life.

When I find myself with time off now, I just stay in Sydney rather than go back to Melbourne.

After the serious knee injuries I had, at the start of 2013 and the end of 2014, if I needed a weekend away from the club because I was getting frustrated with rehab I could just head home to be with family. But that period made me mature even more, and realise I was strong enough to get through anything.

That’s when I started to love Sydney even more.

You have this dream all your life of playing AFL, you achieve that, and then you’re hit in the face with the reality that you might not be able to play again.

I had a lot of time away from the club, would go to a café and meet friends, just get my mind away from football completely. It grounded me, made me think, ‘Shit happens, just get on with it.’

I get recognised more now than when I started, especially around the eastern suburbs where there are more AFL fans, a lot of Swans fans in particular.

When we first moved here, someone would say, ‘What do you do?’

Some people would ask, ‘What’s that?’

Others, you’d tell them you played for the Giants and they’d say, ‘Who are they?’

Now, you walk around and get people here and there saying, ‘Good luck for the weekend,’ or ‘All the best for next year.’

AFL is starting to take off. It helps that rugby league is going through a bit of a dull period, but that growth has been the biggest thing in my six years.

Sydney will never be like Melbourne in terms of the lifestyle of AFL, clearly, but it’s good to know you’re part of something that’s helping shape AFL in Australia’s biggest city.

We get more scrutiny than people in Melbourne might think.

We hear the talk about us being a team full of talent but a team that doesn’t want to work hard. It makes you think they have no idea what we’ve done.

I think it was a pretty special effort to make preliminary finals two years in a row with such a young team, especially what we went through last season with injuries to so many players.

THE TRUTH ABOUT GWS

Those of us who come from Melbourne don’t need our family telling us to know that a lot of people talk about the Giants in a negative way, that they’d like to see us fail, that they see us as the AFL’s lovechild.

It definitely drives me.

You look at where the Gold Coast are, they’ve had the same sort of concessions. It’s not like we’ve been given all this stuff and it automatically makes you better.

We’ve had to work really hard, we’re working even harder, and we’re still nowhere near where we want to get to.

At any of our away games there’s only a small cluster of Giants fans, and 80 percent of them are family and friends. The boys all ask for 15 or 20 tickets every time we play in Melbourne.

Those people understand what we’re going through – they turn up, and they support us so well. There are not many Giants fans in Melbourne, but you can definitely hear them.

When I’ve signed a contract extension my mum’s been like, ‘That’s great.’ She knows how much I love living in Sydney, and as much as she’d love to have me closer, she wants what makes me happy.

My family love coming up to watch games for the weekend, it’s only an hour on the plane and you’re in a completely different city. The club does a great job of looking after all of the boys’ families.

AFL is starting to take off. It helps that rugby league is going through a bit of a dull period, but that growth has been the biggest thing in my six years.

There’s a real sense in the whole club that the Melbourne-Sydney rivalry isn’t there anymore. Everyone’s really bought into it.

One of the great things about living in Sydney is you can get away from AFL so easily.

After we lost the preliminary final to Richmond this year, I was here for grand final day and no-one was really talking about it.

There weren’t pubs pumping out AFL, it was just a regular Saturday in Sydney. I was with a few of the boys at a bar on the harbour. It was a beautiful day and we thought, ‘What better way to spend it than having a few beers on the water?’

We kept an eye on the scores on our phones, but we didn’t watch the game.

The year before, after we lost to the Bulldogs, I went to the grand final and sat there trying to dissect the game, thinking how close we’d gone. This season I was mentally drained by the end of it.

I watched the grand final replay a few days later, I didn’t hide from it, but on the day it was just a case of, ‘We know what we did wrong, we know how to get there next year, why sit down and watch it when you’re still burning from it?’

If I was asked to describe Sydney now, I’d say it’s an energetic place.

I live in the east, and there’s so many happy people. If you’re on the beaches, you don’t see any trouble. You can hang out and meet South Americans, Europeans, and without even trying you find out more about the world.

When you’re playing a pretty stressful sport as your job, when you’re away from the club you just want to be around good energy.

I’ve got friends who play for big clubs in Melbourne, and I know they can’t get away from their job.

I can drive down to Bronte and chill on the beach and forget about everything. Or I’m at a coffee shop talking shit with my friends, and nobody talks to me about footy. I can escape it.

If someone asks me where home is, Sydney is definitely the answer now.

You never know what the future holds, but now I know I could be in Sydney for the rest of my life and be happy. I could end up back in Melbourne too. I’ve almost got two homes, but right now it’s Sydney.

After football, I can pick a place to live for the rest of my life, and I know that doesn’t have to be Melbourne to make me happy. I’m happy in Sydney.