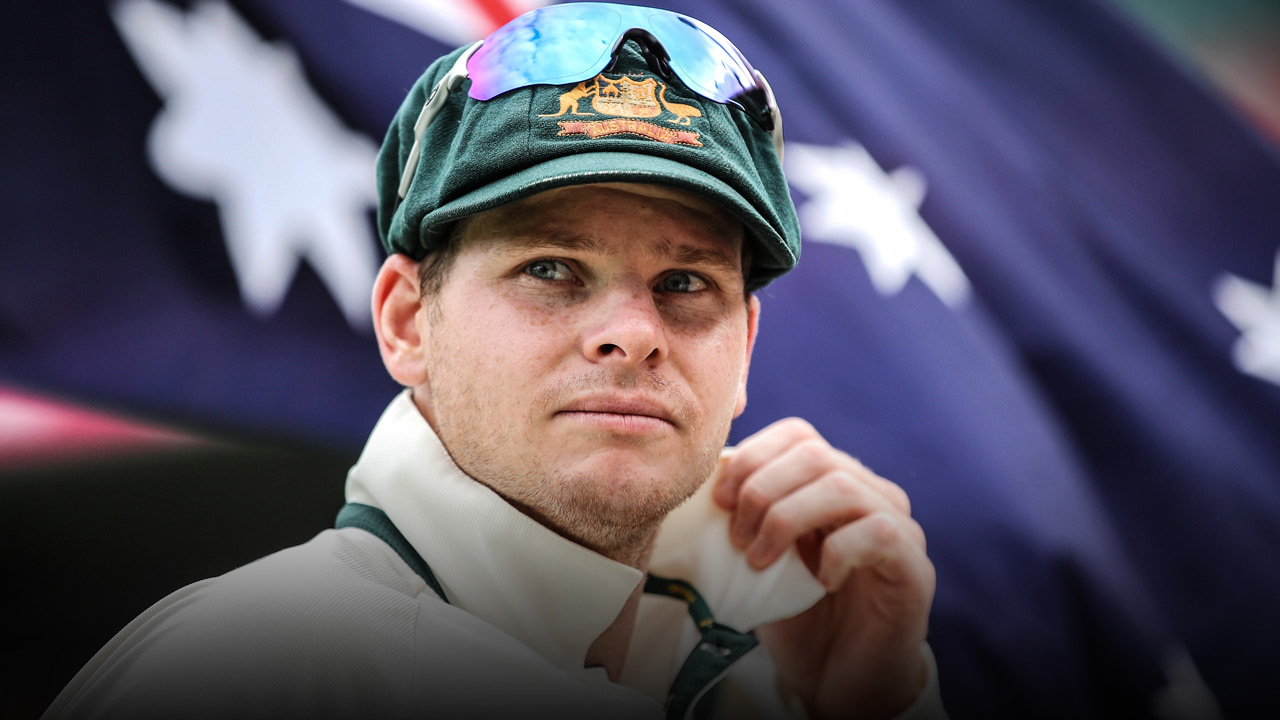 Only way this can go for Smith

Only way this can go for Smith

John Buchanan coached Australia for eight years. In this extract from the Off the Field podcast by Pickstar, he talks about his relationships with Steve Waugh and Shane Warne, reveals his reasons for the 2005 Ashes defeat and looks at Steve Smith’s playing future.

I still have vivid memories of the first time I addressed the Australian cricket team as their coach.

It was before the first Test match in Brisbane, November 1999, and we were gathered in a hotel just near the Botanic Gardens.

And while I knew plenty about the players in the room, I really didn’t know all of them too well. I’d coached against them for Queensland but there was only one Queenslander there, Scott Muller, who had been picked in his first Test match.

I wanted to briefly explain who I was and what I thought I would be bringing to the group and at the same stage express my expectations of them. That was generally around values: hard work, honesty, trust and openness.

I also wanted to go beyond that. I really wanted to challenge them, or at least stimulate them with a vision.

I had spoken to Steve Waugh and his mantra at the time was ‘take the road less travelled’. My own coaching approach was always to do something that hadn’t been done before. So I spoke to the players of Mount Everest. The top of the world, a place that was extremely hard to get to, that required teamwork and planning to conquer.

Then to place it within a context of cricket, I talked about the ‘Invincibles’, Don Bradman’s team that went undefeated on the 1948 tour of England. They did something that was special and hadn’t been done before. But importantly, that was about cricket.

I wanted that by the time that we finished our journey, we would also be accorded a label, and a label that spoke of how we’d changed the game.

That was how a journey lasting almost eight years began.

10 seconds to express myself

It was already a successful team that had won the World Cup and then won series in the West Indies and Sri Lanka. But I felt that while they were getting some good results, they weren’t as good as they should be.

I thought there was a lot of room for improvement, irrespective of who was in the team at that stage.

There were probably four or five regular senior players at that stage. The two Waugh boys, Glenn McGrath, Shane Warne and Mark Taylor. The rest were jockeying for positions, not necessarily having secured a settled position in that side, so part of the job was to establish a strong core of players in the one-day and Test arenas.

There are similarities with what’s going on now within Australian cricket in terms of culture and players getting to know each other and becoming a real strong family unit. That was important then as well as now. And it took some time to get that in place, but eventually we did.

Some of the players would open up quite a bit but others were circumspect. Steve Waugh was a bit of both; open to ideas but at times guarded.

I think he was quite instrumental in me securing the position because Steve Rixon, the other candidate at the time, was a New South Wales coach and Steve had worked with him for a long time. But with him seeking the road less travelled, I guess I presented something a little bit different to the normal career coach and did have some credentials.

We would have numerous discussions but Steve’s time for having a discussion was quite clipped.

I always felt I had 10 seconds in which to try to express something, even if it had been building up for a couple of years. He had only limited time in which he wanted to listen to it. He wanted you to make sure that you got your message across quickly. That was good for me, I suppose, and helpful for him.

Stephen’s a very private person. My wife Judith became quite friendly with his wife Lynette and they would talk about a whole range of things, obviously children was one of those, but I guess they just exchanged different thoughts. Over time, that certainly helped cement our relationship and I got to know Stephen as well as probably anybody through that period.

Other people that would be more open would be the Adam Gilchrists of the world – always keen to have lots of conversations on a range of different things, whether it be cricket, family, or just talking through issues they’re having. It wasn’t that I was necessarily going to be able to solve those but I was pleased to be able to listen to them.

What I find with a lot of senior leaders and CEOs is that aspect is missing. Even though they will talk about developing relationships and getting to know their staff, many don’t invest the time in doing that. Other things seem to jump in as priorities, obviously running the business and dealing with shareholders and stakeholders and boards and big decisions.

It’s no secret that Shane Warne was never a great fan of coaching, and therefore me as a coach and some of the methods that I would employ.

In that early period, probably the first 12-18 months at least, he was a very influential person within the group and because of his personality and so on, much more influential than Glenn McGrath or Mark Waugh or Steve Waugh or Mark Taylor. So very influential. That meant we were probably always going to probably lock horns, sooner rather than later.

That occurred in India in that last frontier tour of Steve Waugh’s where we lost an incredible second Test and the third Test. That was around the time I had spoken to Warney about trying to look after himself, because he’d come into that tour unfit through injury but was still good enough to be in that side.

It’s no secret that Shane Warne was never a great fan of coaching, and therefore me as a coach and some of the methods that I would employ.

Leadership or coaching is easy when things are going well. It’s at times where it either isn’t going well, or there are difficult moments, when you’ve got to stand strong on your own principles and beliefs and values. If you compromise in there, I think it’s potentially a very hard road to come back from as a person to gain credibility within the group again.

So that made my life difficult at various stages but as I said one of the key things that we’re trying to do is establish a really strong core group of players and, eventually, we had the Haydens and the Langers, the Gilchrists, the Gillespies etc, a whole range of them that became very strong parts of this Australian cricket team family.

As you develop that, the team becomes more mature and therefore there is stronger peer management. So rather than one voice, one or two voices, and several voices, saying similar things to a Warne or anybody that might be stepping out of line, almost before it got to that stage, you find that various members of the group could step in.

That’ll be done in small groups or on field sometimes or at training, in the hotel room, over dinner. And occasionally it does require the coach or team manager or somebody else to step in, if it escalates a bit.

But if you can get a group to that point, where peer management really is quite strong and quite robust, no matter who the individuals are, then that gives you the opportunity to perform exceptionally well over a period of time.