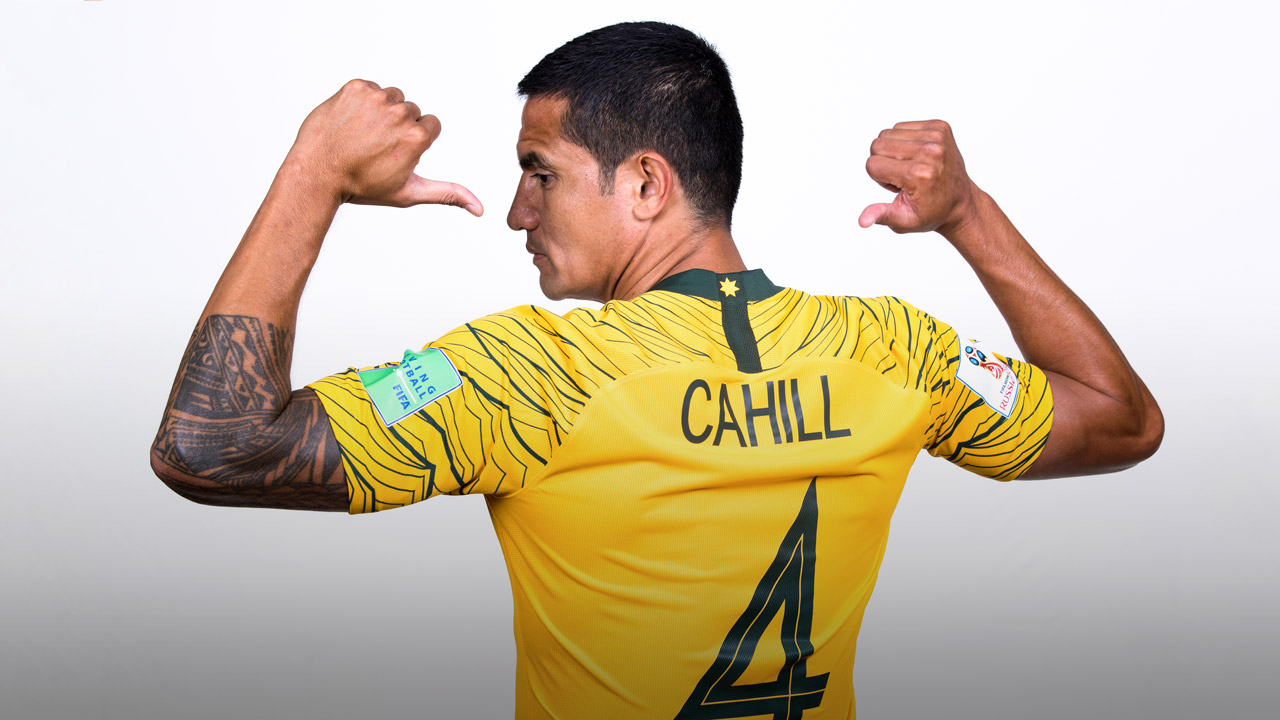 We nearly crashed our car on multiple occasions because we were late for training. There were some scary moments going out to Edensor Park, home of Sydney United.

We should have been squashed by that many trucks going out there, from the Sutherland Shire to western Sydney. But some coaches tend to put you on the bench if you’re late, so we made sure that we did whatever we could to be on time.

We used to carpool to save a bit of money. Our crew was pretty skint back then, our wallets very light.

There was me and my brother Adam, David James … and Timmy Cahill.

David was (and is) one of Timmy’s best friends and because we were all playing Colts back then, he was one of just a couple of us with a licence. Timmy didn’t have one and that was a bit before I got a Honda Civic for my first car.

We all had shitty cars back then, if we had them at all. We were riding around in cars so old, I doubt they would be allowed on the road in this day and age. Another guy who used to carpool with us, Nick Mandic, had the worst of all.

Nick and I still piss ourselves when I remind him about that car. I think it was a hand-me-down from his brother Bernie – that’s Bernie Mandic, Harry Kewell’s long-time agent. And to be clear: I think that car was BEFORE the Harry Kewell deal!

That’s all part of growing up. I’m just glad we’re alive to tell the stories!

A lot of shit was spoken on those drives to training. One day, Timmy said this.

‘I’m going over for a crack in England.’

I didn’t think too much of it. I said, ‘You may as well, you’re not getting much game time here’.

Timmy was smaller in stature at that time and he was getting overlooked for playing time a lot. He’d already moved on from Sydney Olympic after missing out on their youth team; a coach apparently told him he was too small and not fast enough.

I always thought that if he grew a little bit and came out of his shell a little bit, you could see that he had a little bit of something in him. But the coaches didn’t seem to think that.

Yet Timmy wasn’t the type to just cop setbacks. He never hid from anyone, even at a young age. He was just trying to work hard and become a full-time pro. I don’t think he trained harder than anyone else or had a more obvious obsession with football than the other guys but he always had that little bit of confidence, even when he got overlooked.

He always had that confidence that he could be better. That goes a long way.

Timmy’s dad was English, which helped with the work permit issues. He was from a very grounded family, which shows in the sort of person he is now despite all the accolades. I thought he was maybe just going over for a couple of trial games.

He arrived in 1997, signed with Millwall and the rest is history.

I was watching the Premier League at the time, like every young soccer player was. You saw the big stars on TV and going to England was the biggest thing you could imagine doing, regardless of which division.

All of a sudden, Timmy’s playing at Millwall, getting proper game time. Then, you see him playing in an FA Cup final and you just go, ‘Wow!’

He proved everyone wrong – including myself, to be honest.

Going over to England suited him, it probably made him more of a man. What better place to develop as a footballer and ply your trade?

Where do you start? He’s had such a good career. The goals he has scored have been so important to Australian football.

If he scores another one in this World Cup, he goes down as one of just a handful to have scored in four tournaments, alongside Pele, Uwe Seeler and Miroslav Klose. It’s incredible company and an achievement people worldwide will remember, not just those in Australia who know full well what he’s done in the game.

That global recognition would definitely be in the back of his mind.

He’ll be definitely coming on late for the Socceroos this time around but we’ve seen time and again: if you put the ball in the right place for Timmy, he’s going to finish it. And it doesn’t matter how old he is, you’ve always got that sense of confidence when he comes on.

It’s a different kettle of fish with old legs but that’s up to his teammates. If they give him the chance, he can still put it in the net and earn a massive bit of history.

‘I’m going over for a crack in England.’ I didn’t think too much of it. I said, ‘You may as well, you’re not getting much game time here’.

The header will always be Timmy’s trademark, especially the way he could ghost into the box from midfield, put himself in the perfect spot and just bury it. His old coach John Doyle, the former Socceroo who was working with him even as he was struggling for game time as a kid, has rightly earned plenty of credit for that ability.

How many times has Timmy come through with that sort of header right when Australia needed it?

Having gotten to this point from those old days driving in that dodgy car to training, where coaches were telling him he wasn’t good enough … don’t you love those stories?

You hear it week-in, week-out down at the local footy park. People say that it gets too hard, the other guy is too big. You just have to look at Timmy Cahill’s career.

I was watching the Australia vs Croatia game from 2006 the other day and our strikers in that game … frightening. Viduka, Kewell, Aloisi, plus Timmy in behind.

But the good thing about the strikers we have now is that they’re full of energy, they’ve got speed to burn. If they can use that in the right way and take their opportunities, they can create some headlines for themselves.

I was buzzing when Andrew Nabbout and Dimi Petratos made the final squad, after how well they’ve done for us at the Newcastle Jets. I was so happy for them, they’re two really good humans.

How many times has Timmy come through with that sort of header right when Australia needed it?

And I always tell everyone that wants to listen: they’re model pros. They’re the first ones on the training pitch, last ones off. They’re constantly shooting and working on their finishing, doing extras. There’s a reason why they had the season they did last year and why they’re in the Socceroos for a World Cup.

Nabbout looks like he may start – not bad from where he was two years ago! It just goes to show that a lot of hard work, plus a little bit of luck, can take you anywhere.

Dimi found his way after being the talented youngster who hadn’t quite taken off yet. He’s a well-rounded footballer. Hopefully we can keep him for another season, but if he gets some game time and does well in Russia, it’s going to be really hard to keep him.

The tournament has snuck up on us, but now it’s here. I can’t wait to see how our Socceroos go.