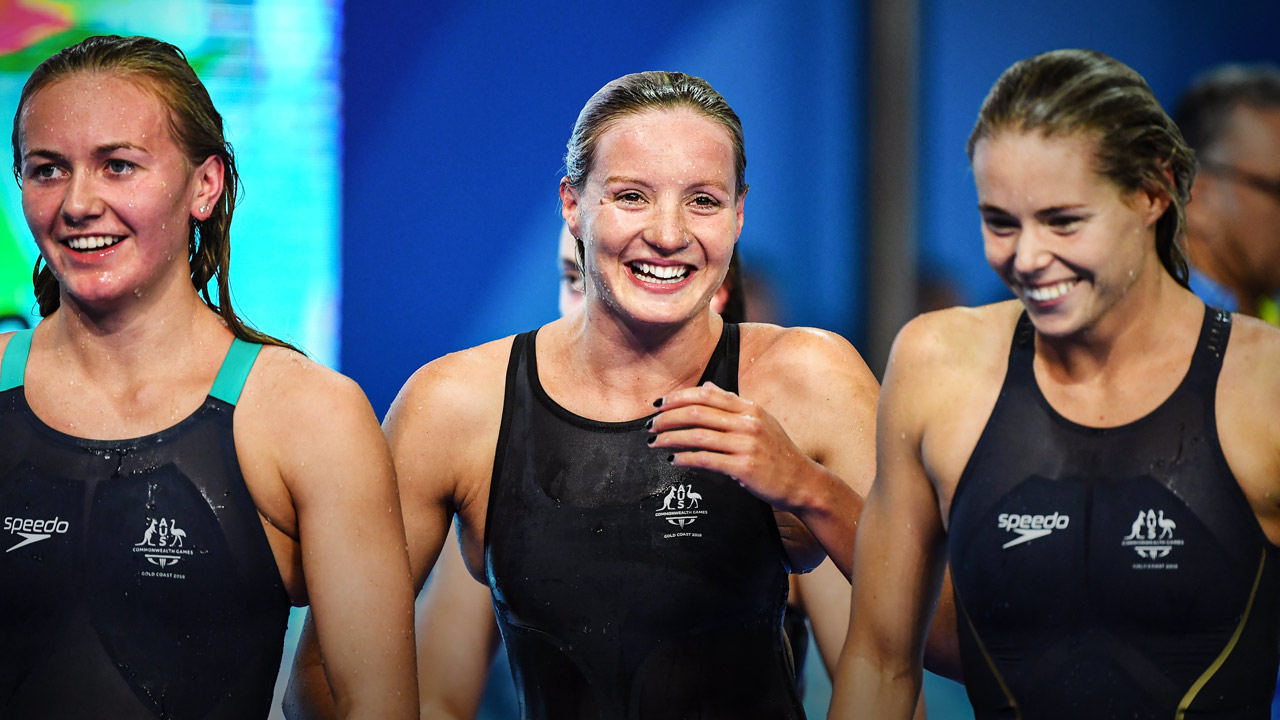 It’s something you can’t really explain to people who haven’t been through it. This is how I try.

Imagine you’ve been in a job for eight years. For that whole time, you’ve been working on one presentation.

The big day arrives. You pull yourself together, reflect briefly on all the preparation and hard work you’ve done for this moment and set yourself to execute to the very best of your ability.

Everything goes incredibly well. You give the best presentation you possibly can.

Then, before you’ve had time to think about how pleased you are, the next person gets up and gives an even better presentation than yours.

Now try to picture yourself in that moment with a microphone in front of you and a TV camera beaming you live into millions of homes across Australia.

That’s pretty much the situation I found myself in at the 2016 Olympics.

The lead-up to that moment began publicly about a year earlier at the World Championships in Russia, when I came third in the 400 metres freestyle. As you might imagine, I was pretty pleased with that result! Especially since the 400 was never my best event.

They say you shouldn’t be fans of the people you swim against, but I kind of couldn’t help it with Katie. At every meet, I’d be like, ‘Can we get a photo together after?’

I remember, in a 1500-metres heat at those Worlds, we were in lanes next to each other and there was a really loud cheer when the race ended. I thought, ‘But it’s just a heat. Why’s everyone cheering like that?’

I looked at Katie’s time and said to her, ‘Oh, wow, you got a world record’. She said, ‘Yeah’. I said, ‘That’s good. I did a PB too’. She said, ‘Congratulations!’ Katie’s lovely and so great for the sport.

Anyway, the point is, being beaten by two great swimmers in that 400 in Russia was a pretty good outcome.

When the big day arrived the following year at the Olympics and it was time for my ‘presentation’, I felt really positive and ready to give my all.

As usual, Katie was amazing and broke the world record. My time was a bit off my best but I managed to come seventh in the final, with my best event, the 800 metres, still to come.

I got out of the water and the first thing the interviewer put to me was, ‘So, we were expecting a medal …’

How do you react to that? You can’t cry because people will think you’re ungrateful. You can’t be too happy because they’ll think you weren’t determined enough. Amid trying to come up with the right public response, you’re trying to process your own personal reaction to how you’ve performed.

I thought to myself, ‘I’ve just swum at an Olympics, which for me is a very important thing, I feel like I’ve done really well – and now I have to explain to Australia why I’ve disappointed them?’

Of course, honesty is the best policy, so I said something like, ‘Yes, I did want to do better but, on the day, this is the result. My preparation was good, I have no excuses. I did my best’.

In the end, my ‘presentation’ went really well. There just happened to be some others who did better.

Racing against the best swimmers in the world is hard enough. Doing it with pretty severe scoliosis doesn’t help.

I retired a few months ago and am totally focused on my education and working future. But the space away from the sport has allowed me to really appreciate what I was able to achieve.

I started swimming from a very young age but didn’t realise I had a back issue until I was 14. I attended an all-girls school and scoliosis is predominant in females, so when we received a letter from the school explaining how to check your daughter for it, my parents followed the instructions and it looked like there was a problem.

X-rays showed I had two curves in my spine, the top one was 42 degrees and the one below 37 degrees.

The surgeon said I had two options, wear a brace or have an operation. The brace had to be worn 22 hours a day, which would have stopped me swimming. Thankfully, because I wasn’t in pain – the two curves seemed to balance themselves out – the surgeon said I could carry on swimming.

I’d never become a dancer, he said. And swimming was probably good for my condition – though I could never do weights above my head or on my shoulders when I trained. However, he said, I would definitely need corrective surgery after I retired.

The final result! This week has been the most challenging of my life. I have been the crankiest, most grateful, and cried out I have ever been. Thank you to my three main, @j.maude , Mum and Dad for going over and beyond. To everyone who visited, sent flower, presents and messages of love I got them all and I am so thankful. Love you guys so much ?

It’s interesting to look back at how I pretty much put my scoliosis out of my mind over the next 10 or 12 years. I could never allow doubt to come into my mind. You simply can’t think about weaknesses or excuses when you’re trying to be the best in the world.

Only once you’re out of that environment do you start to become a little kinder to yourself. I can see now that it was a really tough thing I put to the side. And I can see – literally – how different my body was when I was competing.

By the time I retired, the curvatures had grown to 65 and 59 degrees. With that singular focus on swimming out of my mind, the pain began to increase. I couldn’t run, couldn’t carry things, sitting down hurt, standing for too long hurt … I said to a friend recently, ‘I don’t know if I was never in pain or if I just got used to dealing with it’.

What was really amazing to discover was that the scoliosis had been pressing on one of my lungs and preventing it from fully opening. That’s not what you want when you’re racing Katie Ledecky! But I never knew any different. It’s just the way it was. Now that I’ve had the surgery, I’ve been told my breathing would be better.

The other incredible thing that’s changed is my height. Before the surgery I was about the same height as my boyfriend Josh. By the time the operation was done, I’d grown seven centimetres and was taller than him.

The surgeon said recently that I’d grow about another centimetre still. I hope Josh doesn’t mind too much!