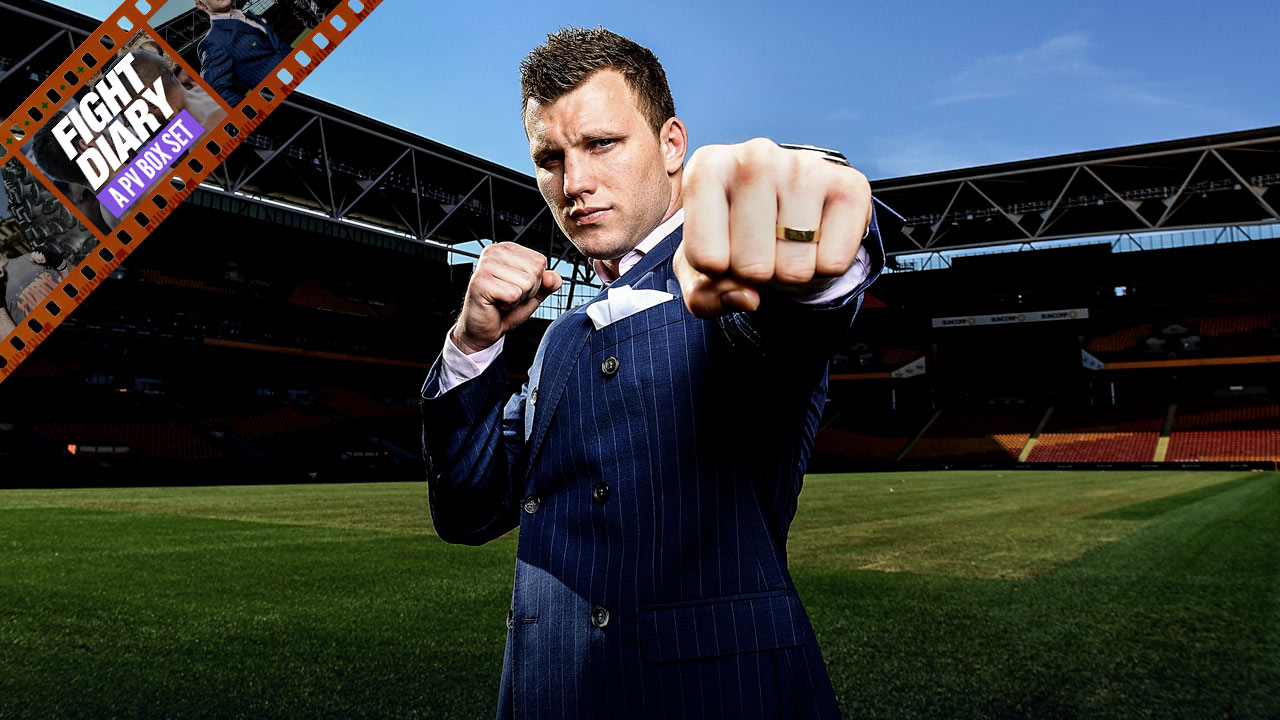 The fight back begins

The fight back begins

From the pain of his first career defeat to Terence Crawford in Las Vegas to the hype of a hometown fight against Anthony Mundine, Jeff Horn has had a year to remember.

In Fight Diary, A PV Box Set, Jeff provides unprecedented access to his home, training camp and life in general as he seeks to rebuild his career.

Episode 1: A cut and bruised Jeff takes you into his inner sanctum after his painful loss to Terence Crawford in Las Vegas.

The climb to the summit begins all over again.

Episode 2: ‘It would be devastating for my career.’

Jeff discusses the upside – and the potential downside – of his fight against the cagey Anthony Mundine.

Episode 3: ‘A group of 30 confronted me. They told us to get down on our knees.’

Jeff relives the life-changing moment he was physically assaulted by a pack of bullies – and the work it has inspired him to pursue.

Episode 4: ‘I’ll be able to chill and eat chocolate … which he won’t be able to do.’

Jeff is NOT impressed.