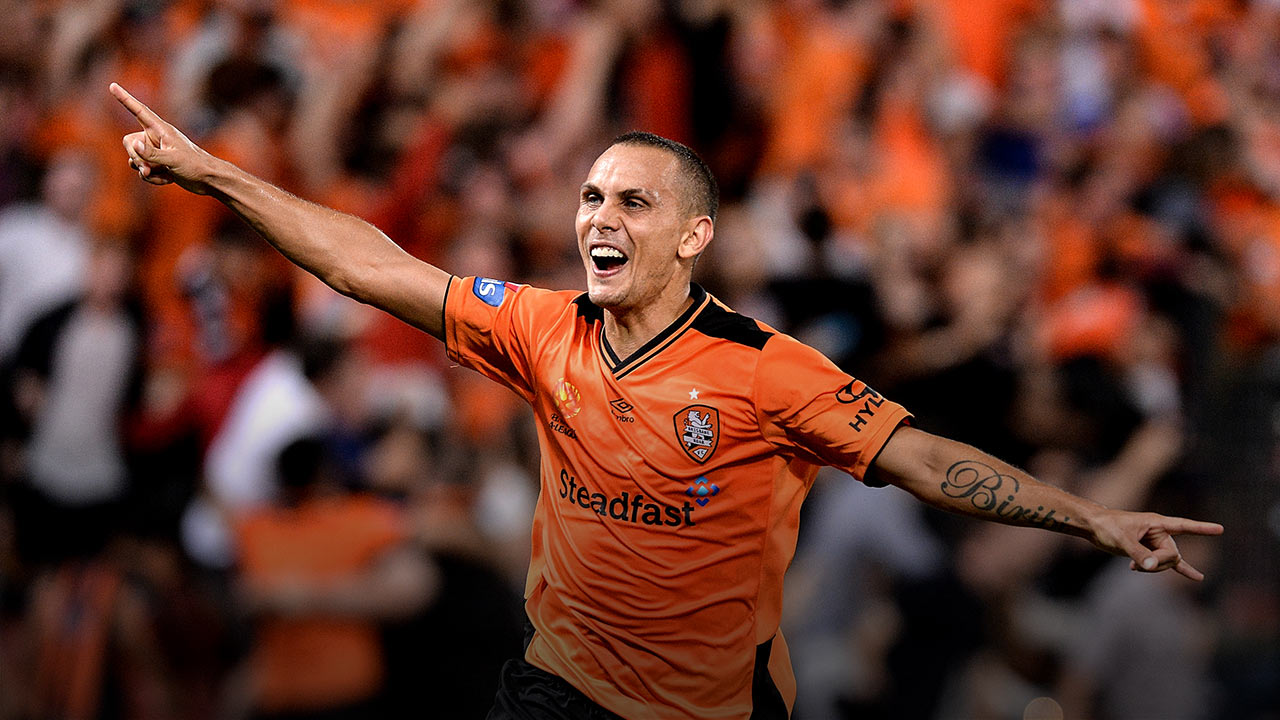 The big hole in football

The big hole in football

I’m not sitting around wondering what I’m going to do when I retire from playing football. I already know. There’s a hole in the game in this country that needs to be filled and I’m going to help fill it. I’ve come to realise that’s my life’s calling.

There should be way more Indigenous players like me in our game, from the kids right through to the professionals in the A-League, playing overseas and representing the Socceroos.

There are a number of reasons there aren’t, some that are difficult to deal with and others that could have been overcome, but I’m not going to make this a blame game and harp on about opportunities lost. That would be a waste of time and energy. I’m about getting the future right.

I’m proof you can come from a small town – Taree, in my case – and go on to play professionally, both here and overseas, represent the Socceroos and even captain my country. I played alongside some of the greatest players this country has produced, from the Golden Generation.

So I know there is hope, and diamonds in the rough, in these Indigenous communities. They’ve just got to be identified, encouraged and given the incentive to do well.

In a lot of Indigenous communities around Australia, rugby league stars like Johnathan Thurston and AFL greats like Adam Goodes are the kids’ heroes. A big advantage those codes have in attracting the interest of those kids is that they’ve had constant free-to-air television coverage.

The kids can see their heroes all the time.

My Mum and Dad separated when I was young and Mum decided to move away from Taree with me and my younger brother so we wouldn’t be subjected to the kind of problems you see in many Indigenous communities and which existed there – alcohol, violence, low employment rate.

I’d already fallen for football, but Taree is a rugby league stronghold and when Mum took us to the Gold Coast all of the new friends I made in school were playing football. That made it a lot easier for me.

We traveled around from place to place after that and never really settled, but I kept playing football.

Saturday mornings were the favourite part of the week for me. We never had any money growing up, but I had so much fun playing football on a Saturday morning and that would make my whole week.

So I know there is hope, and diamonds in the rough, in these Indigenous communities. They’ve just got to be identified, encouraged and given the incentive to do well.

But football is an expensive sport. I’m learning that all over again as a father of three boys. I remember growing up, Mum had to get loans or borrow money off people to pay for registrations. We couldn’t afford new boots. Paying for rep training camps was a huge challenge.

The other codes have been around for a lot longer in Australia, so I can understand why the Indigenous kids tend to go to them. The AFL spends a lot of money on junior recruitment.

The FFA have tried to do their bit. They haven’t got as much money and they’ve got a lot to look after in football, but I still believe we can do more as a game. We can reduce rego costs in certain circumstances, introduce more sponsorships and have programs like mine, which is free.

I’m inspired by great people like John Moriarty, Harry Williams, Travis Dodd, David Williams and the late Charlie Perkins, who have all done so much for Indigenous football. Bernie McLeod and Lawrence Gilbert did a fantastic job in organising the first National Indigenous Football Championships in Nowra last November. I was proud to be one of the ambassadors there.

Paul Knight, a board member at the Illawarra Local Land Council, and Wollongong Wolves CEO Chris Papakosmas were instrumental in getting my first Kickin With A Cuz clinic happening on the South Coast in June. Rob Cavallucci, David Pourre and Archie Thompson are all very active for the cause.

Kickin With A Cuz, is designed to give Indigenous and disadvantaged kids the chance to try football, to begin learning the basics and decide whether the game is for them.

It is a not-for-profit organisation which has managed to attract financial backers and sponsorship because people can see what we’re doing is vitally important. And the kids can see a legitimate reference point in me. They know I’ve walked in their shoes. I can tell them my story.

I love football. I want kids to do well in whatever sport they choose, but I’m so passionate about my sport. I’ll be 36 in January and I’m still playing for Brisbane Roar and my aim is to get as many Indigenous kids as possible to play the game in the future.

There’s no reason Indigenous kids can’t be as good as other kids at football. Their speed, agility and co-ordination suits the game. But I also think they can become greats of football. I look at the African kids, the native Brazilian kids, the way they react from instinct, and I see the same potential.

I think it’s a real shame we lose them to the other codes. I’m the only Indigenous player in the A-League at the moment and we’ve got a couple of great players flying the flag for the Matildas in Kyah Simon and Lydia Williams.

But there are a lot more Indigenous players in the State Leagues now and I believe that’s because of the gradual rise of the A-League. They’ve got something concrete to aim at. It’s the grassroots where I come in and where I want to change things. I want to create genuine pathways.

I felt a real connection to the kids at our very first clinic. I never had anything like this as a kid, someone who came from the same background and is now a professional sportsman and who could give me the right advice.

I know how hard it is for Indigenous kids to leave their communities. When I was younger and looking at going overseas to play, something inside just wanted me to stay at home, but I was able to make the break and further my career and broaden my horizons.

The family influence within Indigenous communities is very strong. Even after leaving to accept an opportunity, many teenagers and young adults decide they want to go back home. But if the kids can see someone like me as the end result of following your dreams it makes a big difference.

Indigenous and disadvantaged kids can really look up to someone who’s been there, where they are, and done that. It gives them a glimmer of hope.

I’m going to go out to the remote communities. I’m going to mentor kids who come to the clinics and really guide them and push them on to bigger and better things.

For those who don’t kick on at football, the discipline they learn will be good for them and there may be the opportunity to connect them with other people associated with the program who can help steer them down a suitable career path. That’s another one of my aims.

These are my ultimate goals:  I want to see a substantial increase in the number of Indigenous kids playing in the age national teams, the under 17s, 20s and 23s, and eventually the senior teams.

And 10 to 15 years from now I would love to see it like it is with the Kangaroos in rugby league – four or five Indigenous players regularly in the starting line-up for the Socceroos and Matildas.

I’m proud to be the most-capped Indigenous Socceroo, with 41 games, but I’d love to see somebody smash that record.

Their speed, agility and co-ordination suits the game. But I also think they can become greats of football. I look at the African kids, the native Brazilian kids, the way they react from instinct, and I see the same potential.

I want to leave a legacy of Indigenous and disadvantaged kids benefiting from my experience and advice, whether it be as footballers or in some other walk of life.

When I talk to these kids, depending on whether they’ve already played some football and follow the game, some of them know who I am and some don’t. But they obviously all see I’m Indigenous, and, once I tell them, they also know I’ve been through the hard times just like many of them.

Then they realise, ‘I can do that, I can do what he’s done’.

Providing these kids with inspiration and giving them hope is such an incredible buzz for me. It’s a lot of hard work I’m aiming to do and there’s a lot of responsibility involved, but I’m willing to accept that.

If I was never to give back to the game once I finish playing and go on and just lead my life, there would be something missing. There would be a part of me that was empty and I’m not going to let that happen.