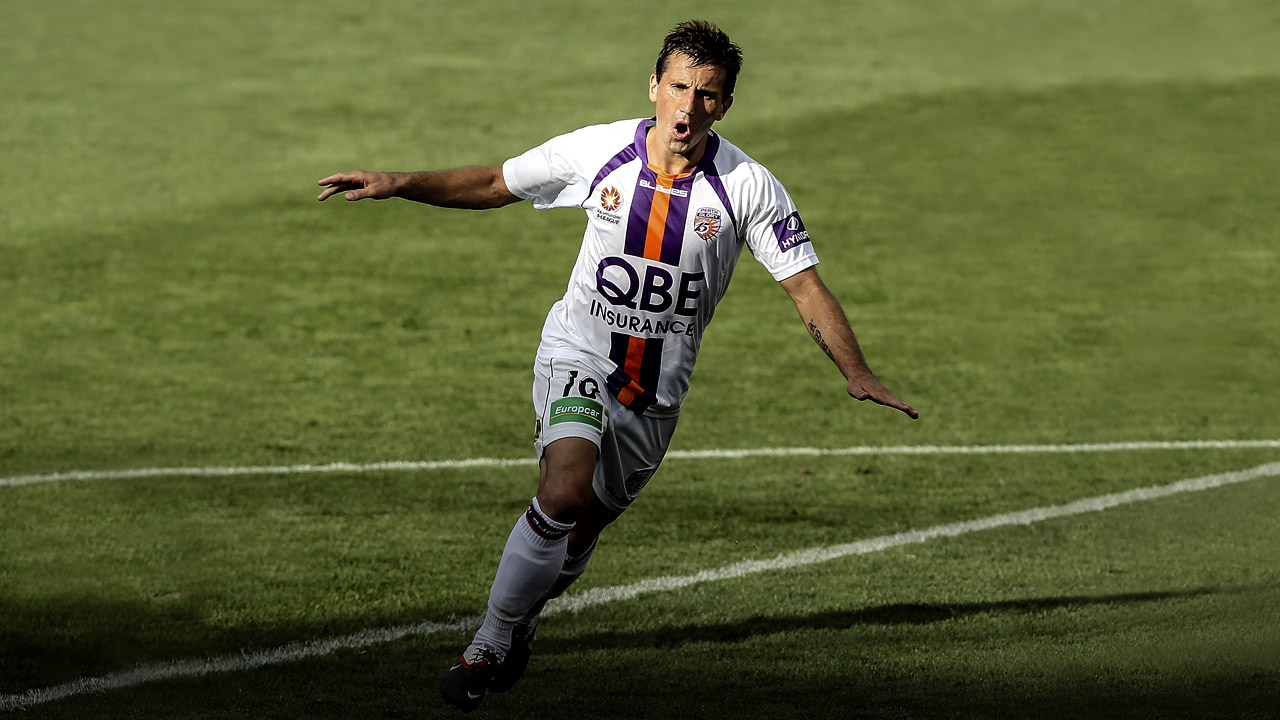 Farewell to a magician & mate

Farewell to a magician & mate

Liam Miller was never a look at what I’ve done kind of person.

He played at some big clubs, in some big games, with some truly great players. He was at Manchester United when Ryan Giggs, Paul Scholes, Rio Ferdinand, Wayne Rooney, Roy Keane and many more were all there.

But he never blew his own trumpet and I really admired him for that during our time together at Perth Glory. Those sorts of people are few and far between in this game.

You had to really interrogate him to get any stories about Sir Alex Ferguson or any of those giants of the game out of him. Every now and then there might be a snippet, but it would always be about how good they were.

He was a humble man who loved his family and his football and was super passionate about getting the most out of life. And what a journey he had.

Liam has gone way too soon. He fought the good fight against pancreatic cancer, but it was a battle he just couldn’t win. It’s devastating to think he has passed. I know countless people in our game – both in Australia, the UK and elsewhere – will feel the same.

My heart goes out to Liam’s wife, Clare, and their three children.

Liam didn’t have to come out to Australia and play in the A-League when he did. He was only 30. There would still have been good opportunities for him in the UK or Europe.

He chose to come here so his family could experience something different. See another part of the world and enjoy a new culture. His way of thinking was that you’re a professional player for a limited time and you must remain conscious of that and let your kids explore and enjoy a different lifestyle.

Liam went on to do that again a couple of years after he left Australia by taking his family to the US and playing there.

He was about creating memories and I’m sure he’s up in heaven now thinking that, while he’d still rather be down here, he made the most of his time on earth and got to see some amazing things and meet some tremendous people.

He was a humble man who loved his family and his football and was super passionate about getting the most out of life. And what a journey he had.

I hit it off with him straight away. We each had three children – two boys and a girl, the youngest – and while I was an Aussie and he was Irish we’d both spent time playing in England. I’d left Leeds United before Liam arrived there. We had things in common.

It’s a tight-knit group at the Glory, far away from the other clubs in the A-League. A lot of the Aussie players are from other states. What you find is that our families and the families of the foreign players stick together.

We socialise away from the football, at barbecues and the beach. There’s a real camaraderie, a real togetherness, and that was how I got to know Liam well.

And once I saw what he could do for our team, I knew we were in for a big season. He had so much skill, so much quality on the ball. He could demolish defenders and annihilate the opposition with his brilliance. He wasn’t arrogant. He was just outstanding.

We made the grand final in 2011-12 and it’s still the best A-League season the Glory has ever had. We didn’t win the decider, but that day I learned another thing about Liam and it left a big impression on me.

It was 1-1 deep in added time against Brisbane Roar and Besart Berisha went down in the penalty box. The referee awarded a penalty. It’s still one of the most controversial decisions in A-League history.

It was Liam who was judged to have brought him down, but it wasn’t clear whether he made contact.

Berisha scored from the spot and Brisbane won 2-1. When we sat down in the dressing-room after the game and tried to absorb what had just happened, I asked Liam, ‘Did you touch him?’ He said, ‘No.’

I didn’t have to ask him a second time. He was that honest a guy, if he had made contact he would have admitted it. He accepted the decision and that was the mark of the man.

Plenty of players would have jumped up and down about it and complained for days afterwards. I remember Liam telling the media after the game that the match officials have a tough job and are asked to make difficult decisions under enormous pressure. That’s grace.

We were dejected, but we looked at the season as a whole and we’d given it our all. After a second season at Perth, Liam went on to join the Roar and claimed the title with them in 2014. It was no surprise at all to me that he got one in the end.

He could demolish defenders and annihilate the opposition with his brilliance. He wasn’t arrogant. He was just outstanding.

It was hard to see him leave the club, but we stayed friends and there was great banter between us on the field when we went on to play against each other.

Some top players won’t find the time to help younger players coming through. Liam did without fail. He’d talk to them and they would see him act out what he’d told them – in his training and when he played.

They knew what he’d said was for real. They learned.

Liam was not just big on playing football, which he was a magician at. He was a genuine person who wanted to form special relationships with the people around him.

I played as a defensive midfielder while Liam did the attacking out of the midfield and I was always happy to do the hard graft and dig in for a player like him. To get the ball to Liam and then watch him do his magic, it was delightful.

FAREWELL TO A FRIEND

It was a shock when news emerged towards the end of last year that Liam was ill. I made contact with Clare and let her know she had my support and if there was anything I could do to help, I’d do it.

The news hit everyone hard here. I talked to Travis Dodd, who was at the Glory with Liam and me, and he was just as upset. It was mind-boggling to think a very fit young guy like Liam was going to have to face up to such a big battle.

My guts were tied in a knot.

Now Liam is gone and, after having to go through that, he must be in a better place now. I get very emotional thinking about it. What Clare and the family are going through must be awful.

I sent a message to Clare after Liam’s death, but you feel helpless in these moments. It makes you appreciate your own family and the special times you enjoy even more, because you really don’t know what’s around the corner in life.

Working as the director of football at the Glory, I’m seeing first-hand how many heavy hearts there are at the club right now. There are many more people spread around the football world who are missing Liam dearly.

Liam was a unique individual who touched every person he came into contact with at this club. You would never find a person to say an ill word about him.

He was one of the best players the A-League has seen. If you came up against him you soon found out how intelligent and gifted a player he was.

We’ve all got very fond memories of Liam and we’ll make sure he’s honoured the right way at our next home game and before that over in Wellington when we play the Phoenix on Saturday.

The tributes we saw over the weekend from his former clubs in the UK were fantastic.

It just proves how much he was loved. How much he’s still loved.

Farewell, mate. You lived a fine life. I just wish it could have gone on for a whole lot longer.