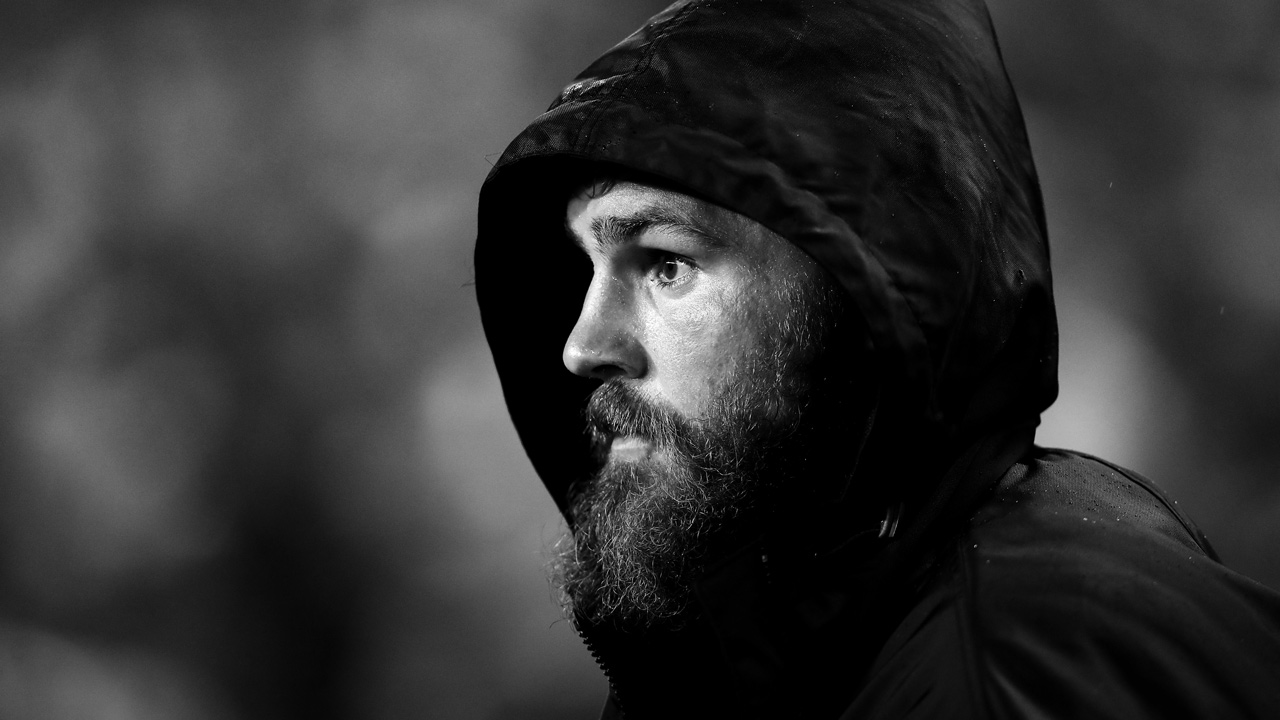 I used to spew all the time before games.

I had all these pre-match nerves when I was a rookie first-grader. I’d blame it on that. But the reason it kept happening, the real reason, was because of what I was doing to try to gain weight.

It was too much and too quick and my body couldn’t handle it. I was eating so much to put it on and then I’d drink a lot of water to hold it up going into games. It wasn’t a smart way to go about things.

There’s no handbook called How To Be A First-Grade Footballer. Sometimes you need someone to show you the way. And in my case, that was Brett Morris.

Moz made me see the light. He was still at the Dragons at the time and he said, ‘Mate, you’ve gotta stop spewing’. I was giggling and saying, ‘Yeah, I know’, like it was a bit of a joke.

I thought about it. He was right. I couldn’t be at my best consistently if I was being physically sick before I played.

So I changed my habits.  Now, for instance, I don’t eat or drink anything for a minimum of four hours before I play. I’m a lot more settled going into games.

Plenty of others have helped me with advice through the years.

All of it has contributed to me becoming the player I am.

All of it has helped me get to the Origin stage.

I don’t spew much these days, and I’m comfortable that the weight I’m at is the right one for my position. I’m pretty lean for a middle forward. I’m not too bulky, more athletic. That’s a deliberate thing. I can play big minutes and get through all my work.

I’m confident I can produce all that in the Origin arena.

I’m expecting a lot of myself on Wednesday night.

It might only be my first State of Origin game, but I’ll be out to bend some bodies in defence and play the ball quickly after my carries to try to help make something happen. I’m more effective carrying the ball now than ever.

I had a good offload in the under-20s, but I kind of stopped using it for a few years because I was too scared to make an error. I felt like the Dragons coach at the time, Steve Price, didn’t have enough confidence in me to use my skills.

But in the last few years since Paul McGregor took over, I’ve become a regular starter who plays big minutes, rather than splitting my time between starting and coming off the bench. I know the impact I can make. I’m pretty mobile and I’ve got good footwork, so I can break a tackle.

My game is centred on defence, but in the last couple of years my attacking game has caught up. I can offer something with my ball-playing.

I also believe I can become a leader at Origin level.

I’m 27 and James Maloney is the only one in the side older than me. You’ve got Paul Vaughan, Tyson Frizell, Tyrone Peachey and me who are all 1991 babies and the ages go down from there. It’s an exciting time.

I’m rooming with Damien Cook. I played alongside him at the Dragons when he made his first-grade debut in 2013. We’ve both come a long way.

It’s been serious in camp and, at other times, it’s been fun.

I like Freddy Fittler as coach. He’s a bit out there, but there’s nothing wrong with that. I love the belief he has in certain things.

He introduced yoga to the camp every morning. It’s not compulsory, but I’ve been to every session. That sort of stuff agrees with me. Bikram yoga, pilates, I’ve tried it all during my career and I still do it. I like that different aspect of training.

Even little quirky things like taking off your shoes, lying on the grass and doing some breathing, which Freddy has had us doing. It’s just about grounding yourself and putting yourself in the moment. That’s cool.

Your physical talent and skills will only take you so far on their own. If your mind is engaged and you believe anything is possible, your body will follow the rest of the way.

It might only be my first State of Origin game, but I’ll be out to bend some bodies in defence.

Danny Buderus as assistant coach has got tremendous knowledge and Brandy Alexander is a very intelligent, experienced guy who overlooks everything.

We’ve got characters like James Maloney. He’s hilarious. And Josh Addo-Carr has taken to Origin really well. He’s got one of those big laughs, like Johnathan Thurston. I love it. He’s very relaxed, which is good.

There’s a lot of talk at training and team meetings. It’s not just coming from one person.

Boyd Cordner drives a lot of it as captain, but Nathan Cleary and Jimmy in the halves and Damien at hooker have plenty to say as well. They’re going to be controlling things as the spine so everyone’s got to be on the same page as them.

My parents are coming from Cootamundra for the game. My partner, Alyce, will be there as well. I’d never been to the Melbourne Cricket Ground before this week, but I’ve seen AFL grand final day on television and that’s pretty exciting.

It’s going to be a hell of an experience.

I played soccer as a kid. I never thought I’d play league, but when I was 12 or 13 I lost interest in soccer and gave rugby union a try. Then I decided to have a crack at league. I was playing league on Saturdays and union on Sundays.

League won out. That was probably no surprise given my family history. But you’ve got to find your own way there.

My grandfather, Fred de Belin, played eight Tests for Australia from 1948 to 1950 and went on the 1948-49 Kangaroo tour. He played in the second-row and won a comp with Balmain and later captained them. He’s in their Hall of Fame. Pop also played for NSW.

He lived until he was 85 and died in 2006, just before I turned 15, so I got to spend a lot of time with him when I was a kid back home in Cootamundra.

It’s a small town and all four of my grandparents lived close by. There’s only Pop Fred’s wife, Nan Joan, still alive out of them now. She’s a bit younger than Pop. I was very close to all of my grandparents growing up. I’ve got great memories of spending time with them back home.

I used to go around to watch sport on TV with Pop Fred. He loved his league and cricket. If there was a five-day Test match on, I’d sit there all day with him and watch it.

He was a pretty quiet bloke. He didn’t talk a lot about his footy career. Looking back I wish I’d picked his brain a bit more, but I was just a kid and towards the end of his life he was pretty deaf. He’d sit about a metre away from the television and have the volume up full bore. It drove Nan mad.

Nan’s still sharp in the mind and living in her own home. Mum and dad go around to help her out.

There’s a lot of Pop’s footy memorabilia floating around back home. It’s cool to look at it and touch it. I wore one of Pop’s old jerseys for a photo once. It was the tightest thing in the world. He was a biggish guy back then, but it just shows you much bigger people are in general now.

I could barely get it over my head.

Nan gave me one of his Australian jumpers and I’ve got that back at the family home in Coota.

My other Pop, Harry, or Poppy H as I called him, also played footy and so did my dad. Dad reckons the talent skipped a generation in his case and that he wasn’t that flash a player. All mum’s brothers were really good sportsmen. It’s a real sporting family when you think about it.

The fact my grandfather achieved all that in footy is not my driving force in the game. I’ve only ever played it because I loved it and I kind of want to make my own path. I’m pretty self-motivated, so I don’t need any external factors to motivate me to want to be the best.

But it is pretty cool to look back at the fact he played for his State and Country and I’m taking my first steps towards that as well.

If I could make it to Test level, 70-odd years after Pop Fred did, that would really be something to reflect on.

I believe it’s possible. I feel like it’s on the horizon. This chance I’ve got to play Origin is the opportunity of a lifetime. It can open doors for me if I use it properly. There’s been a lot of movement at Test level with props in the last few years. A fair few different players getting picked.

The challenge for me is the same as it was with Origin. I’ve got to make sure it’s only a matter of time before they have no choice but to pick me to play for Australia.