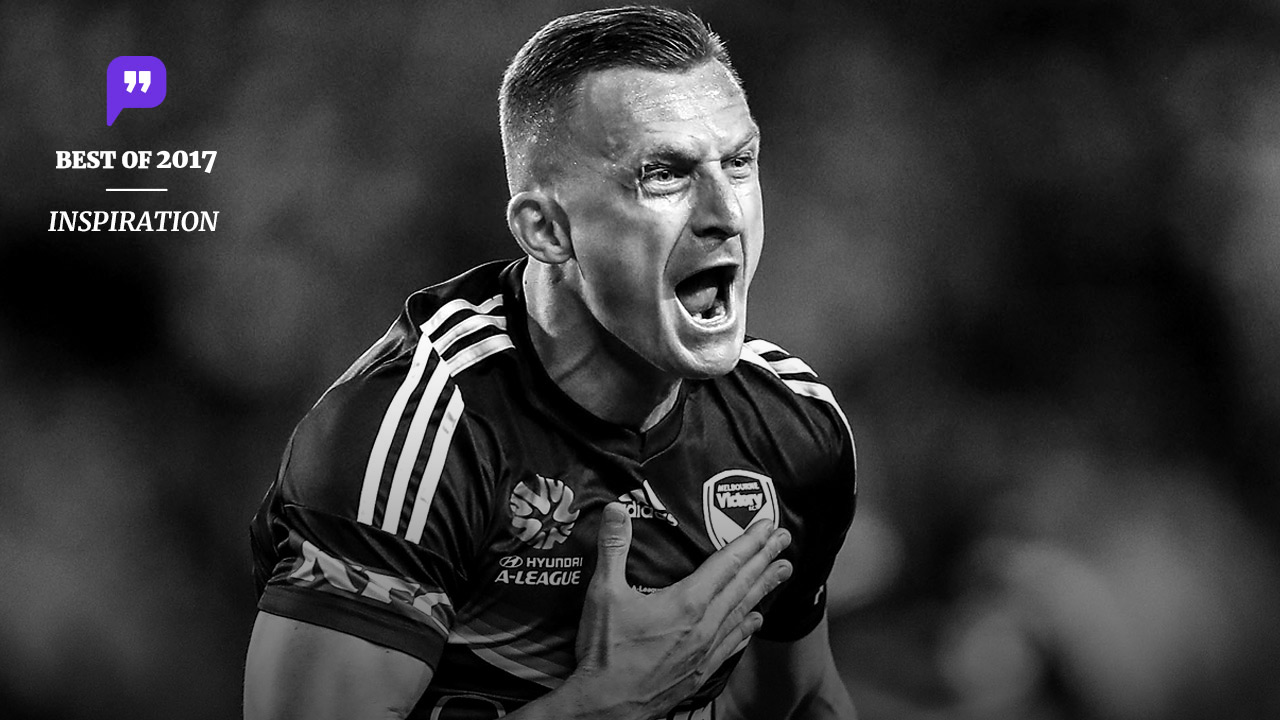 We were just trying to survive

We were just trying to survive

We packed what we could and left. The trip was not easy. We drove part of the way, then some of it was on buses but a lot was on foot. This is something I haven’t shared publicly before – as a five-year-old, I walked at least 1,200 kilometres to reach Berlin. I think that could be why I’m able to run so far today.

It was the only option. We didn’t have the money to do it a different way. Obviously my Mother couldn’t carry me and my older Brother, Besim, who was seven. It was a long march. They were some tough moments. We were just trying to survive and find a better life.

There was a stage, I remember, being so tired but we just had to keep going. I was just a little boy. I couldn’t understand why we had to walk so much. But I knew that was what my parents wanted to do.

It’s one of the experiences that makes me who I am. I don’t know if I would have the hunger that I do now if I hadn’t had to walk across Europe with my family.

My parents don’t talk about that time very much. But we still remember it.

They picked me up from the tiny airstrip. It’s a 90-minute flight from Darwin but the flight is $570 each way. That gives you an idea of how remote it is. We see a bit of coastline from the air, but it’s mostly red dirt and bush.

There is so much to appreciate in their beautiful culture and I think it’s important that all of us become more aware of it.

The dancing is something that really struck me. It’s fabulous watching it in the flesh. Leon is very polished at the dancing and also excellent at playing the didgeridoo. He takes a lot of pride in that and has become a bit of a role model to the younger boys in the community as a result.

The family was grateful I’d looked after the boys in Sydney. They treated me like one of their own.

I consider them family. The boys and their families call me wawa, which means brother. In their culture they’ve got balanda, which means white skin and yolngu, which is dark skin, and the boys’ parents call me their balanda son and they’re my yolngu mother and father. It’s very special.

What’s the purpose for all this?

I’ve been asking myself that question for the last couple of years.

Matches like the China Open final against Rafa Nadal haven’t been the issue. I don’t usually struggle for motivation on the big stage, even if the final result wasn’t what I wanted in Beijing.

It’s the rest of it. The travel, the time away from loved ones, the social media trolls, the battles with the media, the early round matches on the back courts when all you want is to be back in Canberra playing FIFA with your mates. It’s that stuff.

You’ve no doubt noticed that I’m not all that good at hiding the fact I’d rather be somewhere else a lot of the time. So, what have I been doing it for?

You hear people talk about being motivated for their kids, or a cause, or something more than just themselves. It’s inspiration, pure and simple, and it gives them focus when times are tough. There’s a reason underpinning everything. It’s a higher purpose than just collecting a pay cheque.

I haven’t had that and I’ve always been envious of those who did.

I think I’ve found my purpose in the last couple of months.

It’s going to be sick.

From what they’d seen, they concluded that on the ground it was more about each player getting a kick or kicking a goal than actually helping the team win. They decided to do something to bring us together as teammates, so that we’d look after each other.

So we went to Kokoda.

We were put through all sorts of group challenges, like carrying a telephone pole or a stretcher full of sandbags, and each of us had to carry a 20-kilo pack and 20-kilo sandbag the whole way along the 96km track through the jungle.

One of our young players was an indigenous teenager from Port Lincoln named Harry Miller, who was small and slight and really struggling.

We were on this narrow, slippery track, climbing close to half a metre with each step. Harry would have fallen over backwards if Trent Croad hadn’t been right behind him, a hand on his backpack pushing him on.

When it looked like Harry couldn’t take another step, Croady took Harry’s sandbag and threw it over his shoulder, leaving him to walk with 60 kilos on his back and reducing Harry’s load to 20kg.

I looked across and saw Clarko smile. We were starting to get it.

There is no question about it. The Matildas can win the 2019 World Cup.

Winning an event like the Tournament of Nations is incredible but if you’re not there in 2019, and you’re not playing at your best, then it was all for nothing.

People say the next World Cup is still a long time away. That’s not how we see it. Since we lost to Japan in the quarter-finals last time, that has been our main focus.

Building towards that tournament in France. Building depth in our squad. Building a genuine contender for 2019.

Historically, the Matildas have played well one game and not so well the next. You can’t do that at major tournaments. You need to win six tough games in a row.