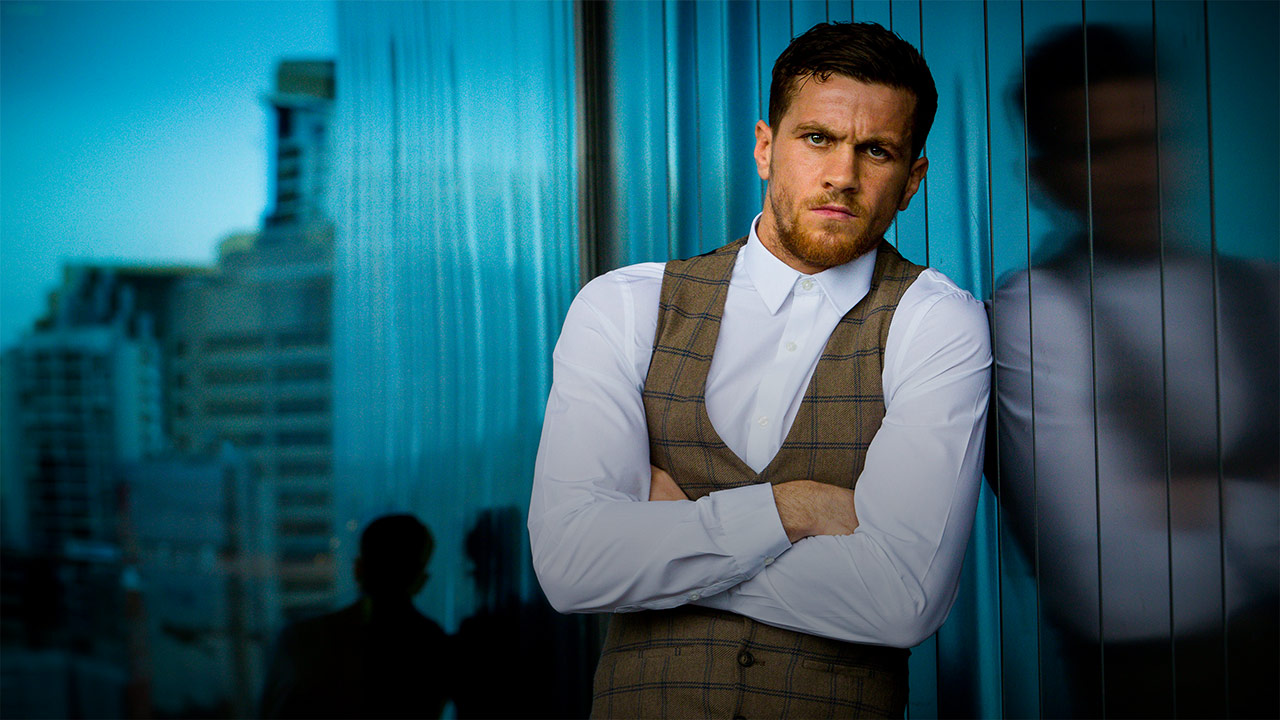 Fighting on the streets of London

Fighting on the streets of London

I have been fighting all my life.

When I was one-and-a-half years old, I was hit by a van in the area where I grew up. It wasn’t anything sinister, just an accident. I was with my Dad and had run off or something like that.

But it was obviously a pretty serious thing to happen to a baby. You can still see the scar across my stomach. That’s where the doctors opened me up to see if there was anything badly wrong.

I fought through it. For all the hardships I have experienced in my life, here I am today – strong and healthy and about to take the world title from Jeff Horn.

We’re tough people where I come from. Jeff is going to learn that the hard way when he climbs into the ring with me.

FIGHTING ON THE STREETS

I was very wild when I was younger. I was always fighting at home with other kids.

It was street fighting. There weren’t really any rules. You would just fight until someone won – punching them, kicking them, headbutting them. Anything to beat them.

I was never the most talented, but I was always strong. It was a tough upbringing. Not a lot of people get it. There were nine brothers and it made you hard.

When I was about eight or nine, I started boxing at The Stowe on the Harrow Road.

It taught me discipline. I started to take it seriously from the age of about 14 or 15. I tried to keep my fighting in the ring from then.

All my friends, all my family learned how to box. I just kept at it and got better and better. Two of my brothers were professional boxers and I looked up to them.

I fought through it. For all the hardships I have experienced in my life, here I am today – strong and healthy and about to take the world title from Jeff Horn.

I wasn’t much good at school. I went to Cardinal Hinsley High School, a Catholic school near where I grew up. I was never kicked out but I was excluded maybe 19 or 20 times. It happened a lot. I lost count, to be honest.

I was always messing about. Fighting, jumping gates, telling people to piss off, sleeping in class, things like that. It was funny. The teachers didn’t look too kindly on me. ‘Hellraiser’ is an appropriate nickname.

Fighting is the only job I’ve ever had. If I wasn’t boxing, I think I would’ve become a model.

Some people out there give the traveller community a bad name. They do take the piss.

I watched that Guy Ritchie movie and thought, ‘That’s a lot of shit, that is.’ I mean, it was a good movie but I laughed off the stuff about the travellers. I wasn’t annoyed. Why would you get angry about a film?

Sometimes it feels like everyone wants to view our community like that. That’s not how it is in real life. There are all kinds of people – a lot them are wealthy and very clever and live like everyone else. There’s no reason for anyone to look down on them just because they live in trailers.

We live in Wembley, about five minutes from the stadium. I’ve been there my whole life and, no matter how much money I make in boxing, I’m always going to stay there.

I was always messing about. Fighting, jumping gates, telling people to piss off, sleeping in class, things like that. It was funny. The teachers didn’t look too kindly on me. ‘Hellraiser’ is an appropriate nickname.

You can hear the noise from the stadium from our place. It’s quality. It gets very busy on game days, like Tottenham home games and the Champions League matches.

I’m a Newcastle fan. I supported them as a kid and just kept at it. I’m a true fan. I never left. Whether we were relegated, up or down, I’ve stuck with them. One day we’ll win the Premier League. I’ll catch them at Wembley when they play Tottenham in March.

I’ll always live in the trailer. I live in a big one with my missus, Jennifer, and our daughter, Summer. That’s my life and I’m happy.

My family and my friends are all nearby. You can have as much money as you want, but we are happy and we wouldn’t change that for anything.

My daughter will stay away from boxing. If we had a little boy, I’d teach him how to box but I don’t know if I would want this life for him. It’s too hard. I know what I go through for boxing, how hard I train and everything that goes with it.

It will be up to him. He might not have the boxing genes, but he might. He would be a tough boy.

The world has changed. He would be looked after properly. He’ll play football or whatever sport he wants to do. I will put him through school.

My missus is very clever. They passed all their GCSEs and a few of them went to university. My kids will be doing the same thing.

Santa is going to bring me an early Christmas present this year.

I’ll be taking the title from Jeff Horn and I’ll take it back to the family in Wembley. For Christmas dinner, I’ll have my belt in one chair and I’ll be in the other. We’ll be smiling at each other.

He’s fought people a lot older, 40-something men, and lighter.

Jeff is known for using his head when he fights. I’ve been headbutted more times than I can count in my life. If he wants to try that, I’ll bite him. We’ll get on with it. He’s a tough, come-forward fighter like me, so we’ll put on a good show.

Jeff is already looking at his next fight. I’m not. Beating him is all I’m focused on. I’ve been in Brisbane preparing for a while now and I am confident I’ll be taking his belt away from him in front of his home crowd.

He doesn’t know the toughness of where I’m from. He’ll find out.