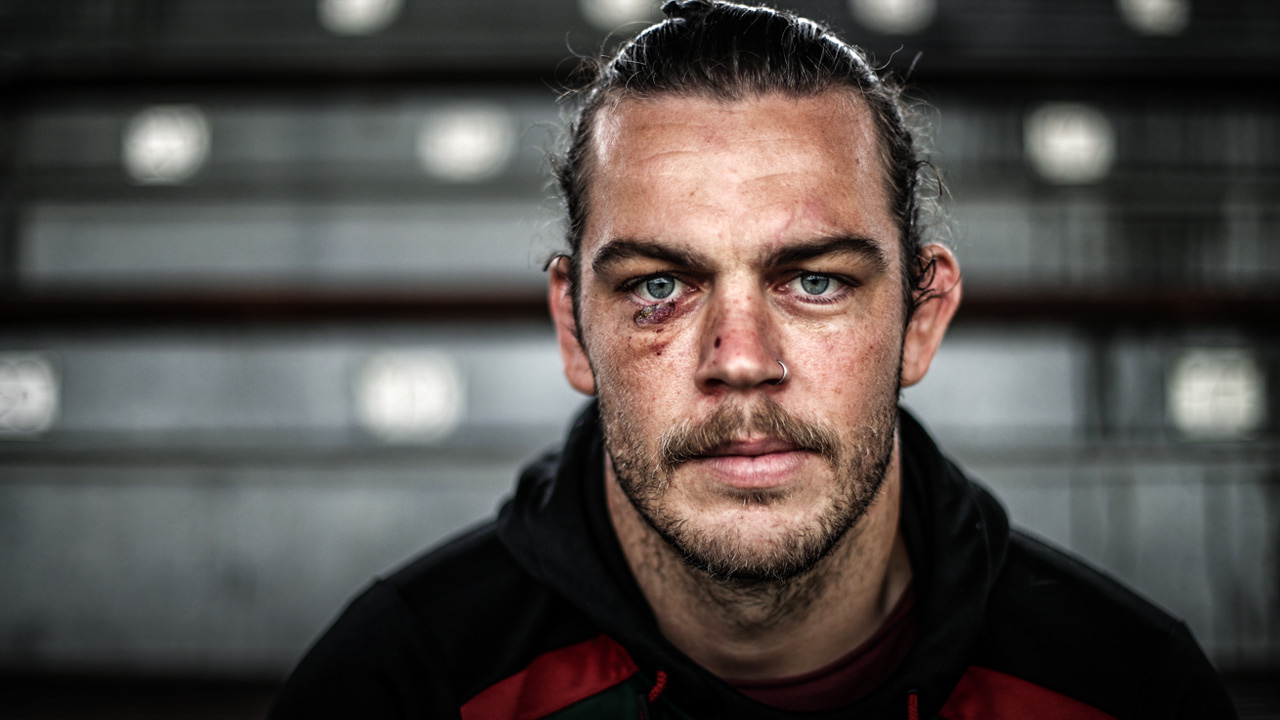 What hurts more than huge hits

What hurts more than huge hits

The ribs? They’re fine, thanks! I’m not the first guy to get smashed by big Jorge Taufua and won’t be the last.

Those kind of hits are why I play footy. It’s a contact sport and I love the physicality of it.

It feels good to get up and get on with it.

We shared a few words afterwards, just the usual, congratulating him on a great season.

It was a good solid tackle, but I’m not injured from it at all.

There are some things that hurt much more than big tackles on the footy field – losing finals for instance.

I’ve been in two grand finals for a win and a loss and I’m excited to be one win away from another.

A year ago, my career wasn’t where I wanted it to be with the Cowboys. I’d only played 15 games of NRL and spent time in the Q-Cup. It’s been a crazy ride from there to what I’ve been through this season.

I got the feeling from the club that my situation wasn’t about to change any time soon. I had to put my head down and see if I’d get a chance to become an NRL regular again.

When I got an opportunity to come down to Souths, I jumped at it. There weren’t big promises. I was told I’d get a start in the squad but where it went from there was up to me.

I’ve never had an issue with backing myself. I was definitely confident enough in my ability that if I was given an opportunity I could take it with both hands and go from there.

To get an Origin call-up during the season was a great bonus.

I’d played against Kevin Walters’ son Billy in a Q-Cup match and after the game Kevin came up and said a few words to me.

He told me not to let one person define who I am as a footballer. He told me he thought I was a very good footballer who just needed an opportunity. I don’t know if he’d even remember it but I won’t forget it, and I’ve used it as motivation to keep working hard.

When he called me up to be 18th man in the squad for the final match this year, I was really just focused on helping the Maroons team get ready and enjoy the best possible preparation.

Of course, it all changed when Matt Gillett injured his groin and I had to mentally prepare myself to be ready to go on the Wednesday.

Being a country kid from Queensland, it’s what I’d dreamed of doing. I was always playing footy in the backyard pretending to be playing for the Maroons. I didn’t want to mess up and wanted to do my best job for the team.

When you lose games like that, there are little things you look back at and think you could have done better here or there. But I was happy with my performance.

Of course, I’d love another go next year. But you have to be performing at the time to be a chance of Origin and if my form’s not good at the start of the year, or when the Origin team is being picked, then I’m not expecting to be playing. You need the most in-form players at that time to win the series.

I’d already spent some time in Sydney before moving to Townsville which has helped with the adjustment. The lifestyle’s a lot different compared to Townsville; it’s a busier place with a lot more traffic. The beaches are better too because there are waves. But at the end of the day it’s still footy and there’s not a lot of difference there.

We’ve got a great crew here with the boys always going out for breakfast and meals together. We’re a very tight club at the moment.

We’ve battled through a bit together this year. We’ve missed players at times through injuries and suspensions. At one point, we’d used a lot of players who didn’t have a lot of experience and that was good for them to get a taste of NRL and to help us along the way.

I was keen to work with Wayne Bennett. He’s been one of the best coaches for so long now and everywhere you go in the game you meet people who have played for him and tell you great stories and have so much respect for him. A lot of how he interacts with his players sets him apart from coaches I’ve had before.

It’s around how he lets you approach the game, not forcing you into a certain role, lets you play the sort of footy that got you to this stage of your career.

I played a lot of different positions this year. The versatility to be able to play a bit of everything has I think helped the side get to where it’s needed to be. I don’t really need a set role, I feel I can contribute anywhere.

There are some things that hurt much more than big tackles on the footy field – losing finals for instance.

Wayne’s a bit of a jokester too. You don’t get the real picture of him from the media, the way they make him out to be.

But that moment after the close win over the Broncos, where he came into the dressing room doing his dance and the boys went wild, that’s the real him.

Sam Burgess is a massive reason for our success as leader of our side; someone who leads by his actions as well as his words.

He’s a good bloke, easy to get along with and loves having a joke around; but when it’s time to get down to business he’s right in there.

Why I have to avoid Dad

The pressure and emotions are on a higher level when it comes to finals footy. I feel like a lot of that is built up from the outside – media and fans.

Sure there’s more on the line each game but as long as you go out there and do your job, the rest will take care of itself.

I’m not one for reading about the game in the media. I’ve always found that’s the best way for me.

I just care about the coaches and teammates – what the media and other people say I don’t really pay any attention to.

That’s the same for family. My dad is a footy tragic, he’d talk about it all hours of the day, so I have to try and avoid him most the time!

I go in and footy’s my job once I’m in the building. Once I leave, that’s it. I try to find something to take my mind off it. I like to get away, hang out with a few of the boys, go to the beach, hang out with my dog. Whatever I need to do to get my mind off what I don’t want to think about.

That’s not a fairytale

A few people are making Canberra out to be a fairytale story this – 30 years after they won their first grand final. I don’t think they’re a fairytale. They’ve been the best team for the last six weeks of the season and the finals so far.

Having knocked over Melbourne in the finals, everyone knows they’re a big danger.

I think a big part of beating Canberra will be trying to slow their forward pack down. That pack is one of their biggest strengths and, if we can slow them down in the middle of the field, we’ll be on the right path.