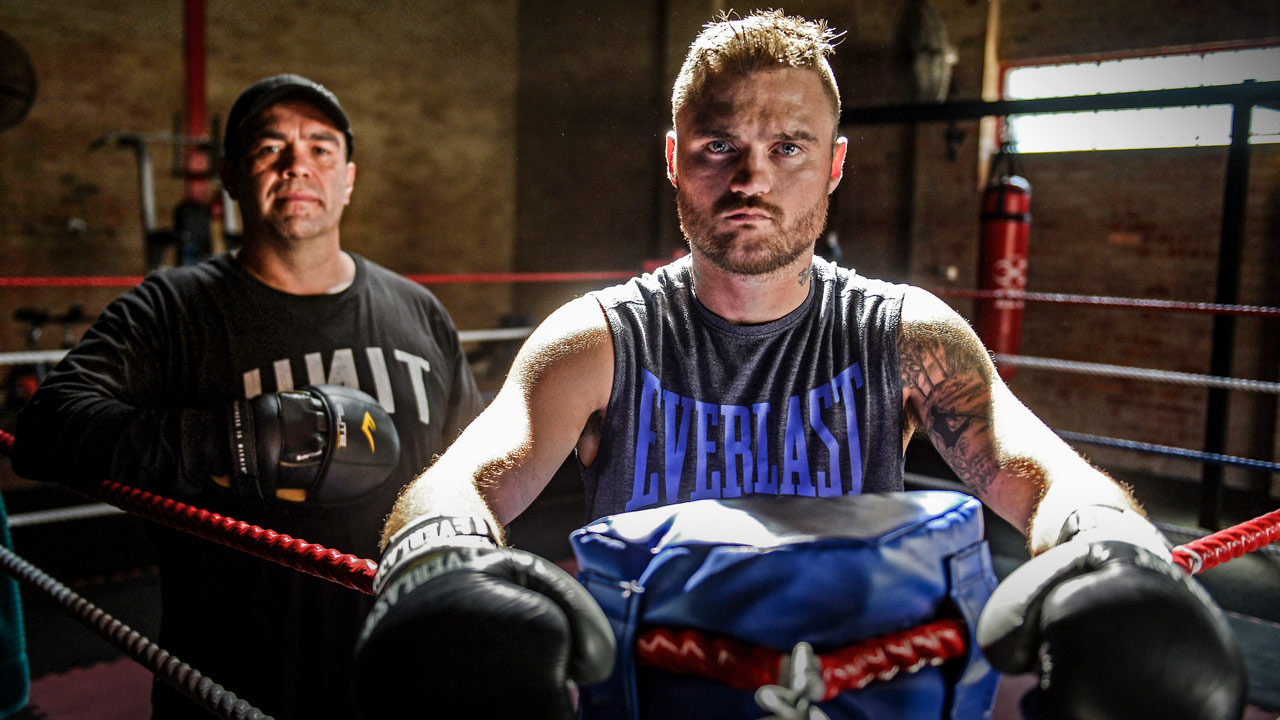 The fate boxing saved me from

The fate boxing saved me from

We just had no direction and we were following that same cycle that was around us then, the same traps everyone else was getting caught in.

I was lucky I found boxing, because without it there’s no doubt in my mind that I’d be locked up right now instead of in the gym preparing for a fight against Tim Tszyu, still working on my dream of a world title shot.

Boxing gives me structure, and routine. A bloke like me really needs structure in my life and something to work towards.

With boxing there’s so much hope and promise. Everything is in your reach if you want to go and get it. It’s different to footy because you can’t rely on 21 other blokes, you can only rely on yourself.

You can have everyone in the world around you saying this or teaching you that, but when you’re in the trenches in that ring, if you can’t pull something out, if you can’t motivate yourself, you’ve got nothing.

I like having that responsibility and onus on myself, knowing if I don’t give it everything I can’t blame anyone else.

I HATED THE WORLD AND EVERYONE IN IT

I went to McGuire College in Shepparton but I only made it to year seven. I was in a bit of trouble growing up. A bit angry.

There were programs for disengaged and troubled youths. I did a few, trying to get year 10 equivalents, but I wasn’t interested in anything to do with that.

If I wasn’t playing sport I was just roaming the street, being a bad kid. Footy and boxing was my escape.

I hated the world and hated everyone in it. Whenever I got a chance to play sport, I loved it and clung to it.

When I was a young fella I wanted to blame everyone else for my problems. Everything was everyone else’s fault. It was, ‘why is this always happening to me?’

I’m in a position now that everything is on me. I have to face it myself. I can’t put the blame on anyone else. I love that about the sport.

I started with footy but then I found boxing and, from the moment I threw that first punch, I knew that’s what I wanted to do.

There’s no doubt my mum will be the loudest fan when I fight in Sydney on August 14.

She’s never really gotten used to me getting hit. Her mother instincts kick in and she wants to get in there and give me a hand. She’s slowly learning to deal with it.

It must have been hard for her at times and not just because I was trouble.

I battled cancer for the first two years of my life. Firstly at six months, and then it returned at 18 months.

I can’t imagine the pain that my mother and nan went through with all the back and forth trips to doctors in Melbourne. Thankfully, since then there has be no sign of it returning.

At first she didn’t want me getting hit, didn’t want that for me at all. She eventually came around.

Once I got into boxing, there were a few less police station visits she had to come down for – she saved a bit of money in petrol, I guess!

I’ve been fortunate enough that the people who came into my life in boxing, even though they might not have been the best people themselves when they were younger, had a great outlook on life when I met them.

A lot of my trainers, speaking to them about their upbringings, gave me a lot of guidance.

If I wasn’t playing sport I was just roaming the street, being a bad kid. Footy and boxing was my escape. I hated the world and hated everyone in it.

Boxing trainers are usually more than trainers. The relationship is a lot closer than that. It’s more like a father-son. Not that I really know a lot about that.

My father didn’t have much us to do with us as kids, myself and a few of my brothers. He was only part of my life for a small amount of time.

He moved up to Alice Springs and later Rockhampton and still lives up there as far as a I know.

My father is well known around the Shepparton area boxing scene. That was strange, everyone knows everything about you and who you are, but you don’t know who you are.

THEY GAVE ME A SENSE OF PURPOSE

My mob, the Yorta Yorta people, come from the Shepparton area and a big area across the Goulburn Valley and into New South Wales.

The community is very strong, with a strong culture. Being a black fella means everything to me. I love my culture and my people. That also helped steer me away from the wrong path.

My sister and older cousins helped instil that culture and kept me in touch with where I’m from, even when I moved away to fight in Melbourne.

They gave me a sense of purpose and a sense of identity. I think a lot of Kooris struggle with identity. I’ve been there myself and it’s really tough when you don’t know who you are. When I got in touch with my culture and community, it helped me so much.

I’ve passed that on to my kids. I’ve got siblings that I’ve only just met recently and it was a similar situation with them.

One of the best things about being a black fella is family is always family.

Boxing has brought me many things but none more meaningful than connecting with family. 2014 I was sitting on a bus in Brisbane going to weigh in and I met a fulla named David Galvin who was also fighting the next night. He asked who my dad was and when I told him he goes true brother, your little brother @cbee97 is my nephew I told sorry I dunno who that is, so he pulled out his phone and called him up.. now 5 years on bruz we finally meet up and it’s like we known each other forever. Thanks for making the trip down to my fight brother love ya and safe trip home. #ritchiebreeds

A HEAVY BAG, A SPEED BALL

My father and my uncles and few of my cousins were fighters back in the day, but by the time I came around they’d finished up and there wasn’t much boxing going on around Shepparton.

There was a family friend over at my mother’s house one day and he said his dad was setting up a gym in his backyard and that I should go around and give it a crack.

I would have been about 12. It was a little shed in the man’s backyard and he’d trained with my old man. He’d set it up for fitness for him and his sons.

It was pretty simple. A heavy bag, a speed ball, a couple of other bags. There was a small clearing in there a couple of metres long and a metre and a half wide where we did our sparring and pad work, catching punches. It was modest but everything we needed, and quickly became my world.

I ended up bringing all my mates. By the end of it, there would have been 15-20 kids coming in and out of that gym.