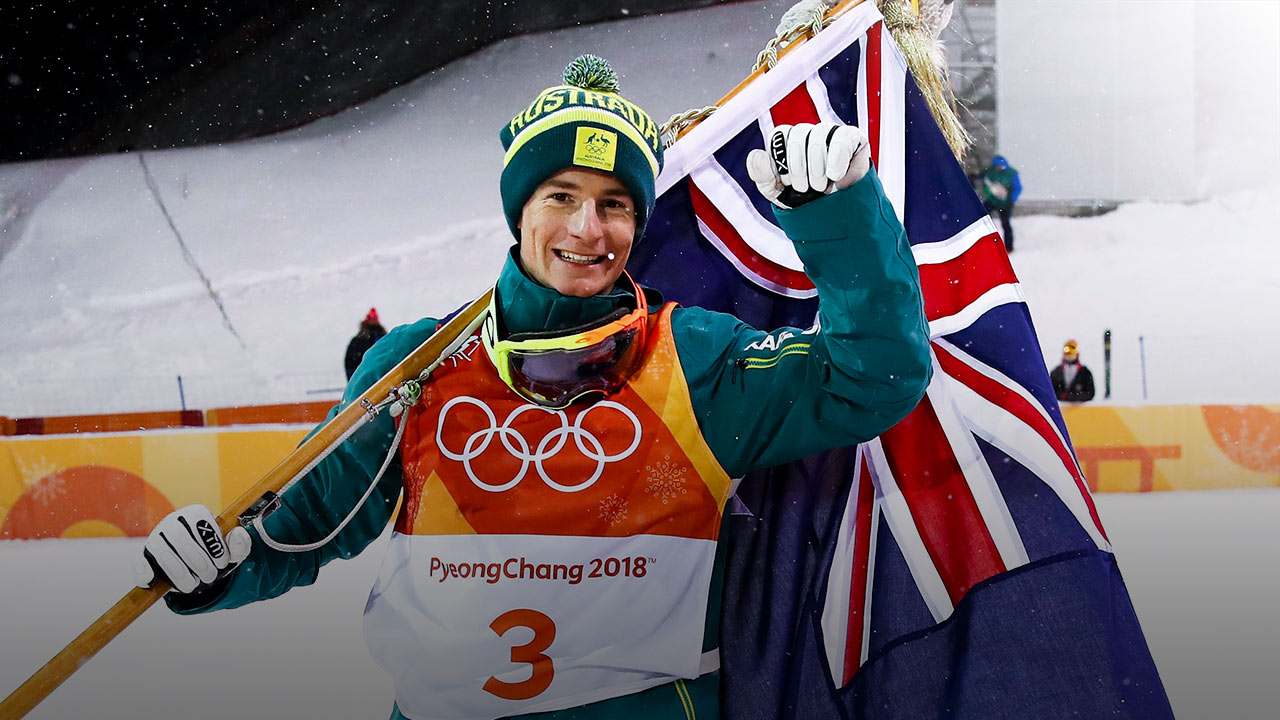 The genius behind Mogul Matt

The genius behind Mogul Matt

Part of me was feeling every bump last night.

Most people know me as a cricketer and more recently as a cricket commentator, but I used to be a mogul skier when I was younger, which is why I’ve been commentating on the moguls for Channel Seven at the Pyeongchang 2018 Winter Olympics.

What a fantastic night. I don’t know Matt Graham particularly well personally, but I can talk about the skiing he did, and as soon as he laid down that run, there was no one else that could catch him apart from Kingsbury, that was pretty obvious.

I think when Matt has a solid run, only Kingsbury can beat him. It’s kind of like Federer and Nadal, you know? When those two are at their best, there’s no one else in the world who can catch ’em.

The great thing about that event on Monday night is that all three skiers who made the podium were absolutely elated to be there. The Japanese guy had never finished top three before in his life, so that was the first time he’d ever been on the podium. Matt Graham, after having minor mistakes in every single qualifying run, didn’t make a single mistake in the final.

And then Kingsbury came out and delivered. He’s been the number one in the world for ages, but he hasn’t got an Olympic crown, so it was actually a pretty good moment when they were all on the podium.

MY BUMPY RIDE IN MOGULS

I was junior national moguls champion in, I don’t know, ’91 or ’92 or ’93 or somewhere in there. I competed in Nor-Am and Europa Cup for a while which is the level below World Cup, and I competed in a few World Cups.

Then the ’98 Olympics came and they took three skiers. I was ranked fourth at the time in Australia, and that was kind of the time that I sat there and thought, ‘You know what? I can’t do this for another four years’.

When you’re a mogul skier, you live like a pauper. You’re not making money out of it unless you’re right at the top. It would have been a pretty long and lonely process to sit there for another four years and try and make the Olympics, so that’s kind of why I stopped. And it’s not like I just missed out in a qualifying event or anything like that. Those three that went were really good and I was kind of the next in line.

As my attention turned to my cricket career, I couldn’t say that I watched every moguls World Cup event or anything like that. But I always kept an eye on the sport and knew who the big guys were.

I’m still involved in the ski industry. My bread and butter now I’ve finished cricket is a hotel business in Japan. I’ve got a couple of hotels and a restaurant in Moiwa, which is one of the sub-resorts in Niseko in Japan, which is the second snowiest ski resort in the world.

THE SUPERCOACH BEHIND MATT’S SUCCESS

I started taking an interest in Matt Graham a few years ago when I looked at the moguls results and saw him climbing up the leaderboard in the World Cup. He’s always been known as a really good technical skier, and his skiing in the World Cup last season was quite extraordinary.

A lot of it is down to his coach, Steve Desovich. He was my coach as well and he’s a man who just pays incredible attention to every detail. Desovich is all about getting the basics right. He’s all about technique and getting your turns nailed, and you can clearly see that Matt Graham has come through that system because his turns are outstanding – as we all saw on Monday night.

It’s kind of like Federer and Nadal, you know? When Matt and Kingsbury are at their best, there’s no one else in the world who can catch ’em.

No matter that I was on the couch out of it with the flu. Des was like ‘I don’t care about your sickness, all I care about is your lateral motion, side to side’. Ha!

But he’s a fantastic coach, a really fantastic coach. I reckon when he first came to Australia he was probably pretty hard to get. But he planted quite a big seed, and it worked.

Dale Begg-Smith, who won gold and silver for Australia in moguls, came out from Canada because of Des. And now we’ve won another medal through Matt Graham.

Whenever the Winter Olympics come around, there’s always a lot of talk about how hard mogul skiing must be on your knees. But my knees are fine, I’ve got no problems.

When I was doing mogul skiing, the sport was different. We were actually landing in the bumps back then. If you look at a mogul course now, it’s flat behind the jumps. But when I was doing it the jumps were actually in the moguls themselves, so you actually had to have the right speed to land on top of a bump otherwise you would get smashed. Quite a few of the guys did their knees from landing on jumps.

Then they changed the sport, which fixed the problem. They started mowing below the jumps so that the landings are flat. Now it will just be a one-off knock if someone blows an ACL. It could happen in any skiing event.

But there’s not that much wear and tear in mogul skiers. It’s not what people think, because you take a lot of the force through your back rather than through your knees. A perfect run should have no impact on the body. That’s a pipedream because no one ever does a perfect run because you’re travelling so fast, but in an ideal world, you would have no impact on your knees from moguls.

The great thing about mogul skiing in Australia is we actually are at an advantage compared to other countries.

We get the full winter here, and then we get to go away and do the full northern winter. So we’re actually packing more on-snow time than anyone else, provided you’re prepared to travel.

We’ve got the interschools system, which is a good feeder event where people get their first taste of mogul skiing or really any form of competitive skiing, and so people get it at school age, like it, and then get into one of the feeder programs at Perisher or Mount Buller which feed the national team.

Results like Matt Graham’s silver medal are a big stamp of approval for the Australian system. It shows that Australia can compete on the world stage, that we do have the conditions, and that it’s a valid sport for people to go into if they have any sort of Olympic dream.

A lot of people chase the summer stuff, but Australians can chase winter as well. It’s not an unrealistic thing to do, and the more people that get into winter sports, the more dominant we will be, and not just in moguls.