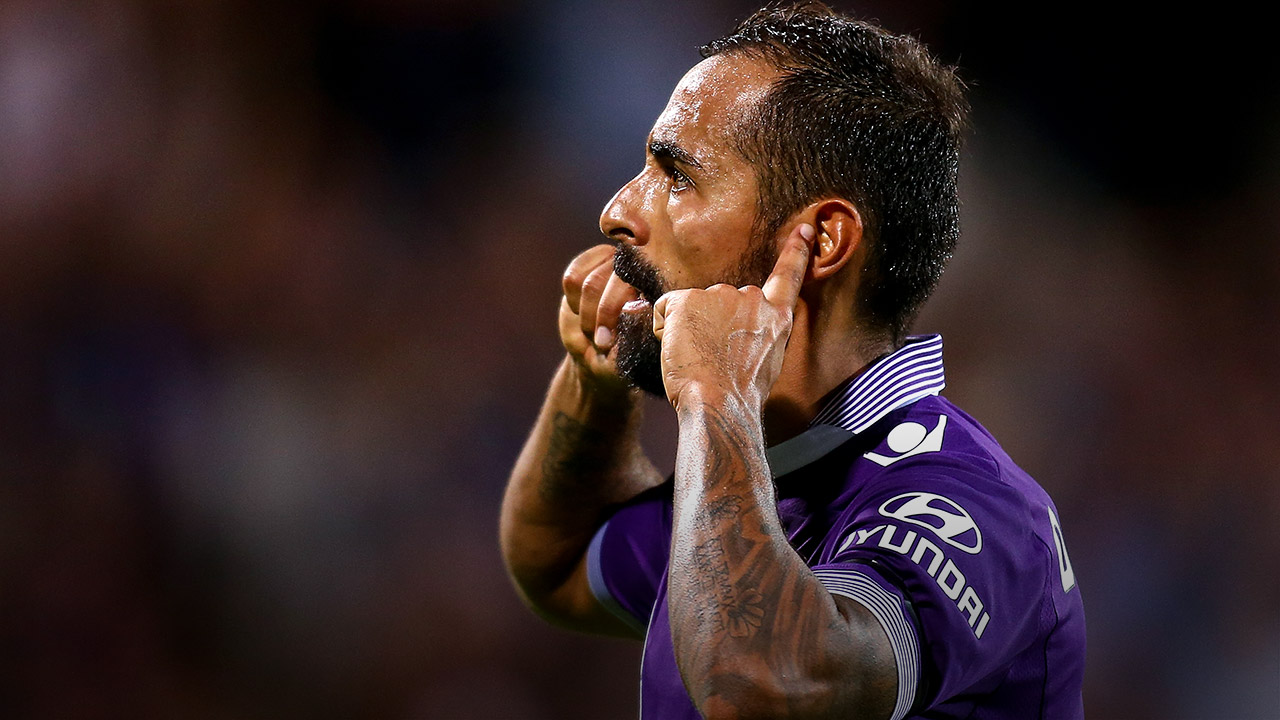 La Liga to the A-League

La Liga to the A-League

I was looking for the chance to play overseas before my career ended.

The opportunity with the Glory came up and we travelled to Perth with the idea of being here for one year, just to see how we would enjoy it as a family.

This is now my third year here.

That tells you something about how happy we are with everyone we know here in Perth – with the city and with the people at the club.

As you get older, and start having children and the end of your career draws nearer, you start to value not just the financial side of things, but other aspects of football and life.

Every year, other opportunities have come up because things have gone well for me.

I don’t know if it is out of loyalty or because the Glory have done right by me, but I have felt I should value more than just the financial side, or being able to play in the Asian Champions League or other goals.

I have found something here. The club feels like family and I feel very comfortable.

That’s why I have declined those opportunities and stayed with the Glory.

This has been a marvellous experience for the whole family. They are completely immersed in the Aussie culture. You hope your children will be all right, that they’ll adapt quickly. Mine have been able to do that.

It’s also wonderful that they can learn a second language so naturally and it’s not as much effort for them as it is for my wife and me.

My children are now starting to speak better English than I do and their pronunciation is very good. Sometimes when I want to practice with them they tell me, ‘Sorry, Papá, but you’re not speaking English, you’re speaking something else.’

My son plays here at the Perth Glory – he likes to play in the holidays. But I am one of those Dads that will support my children whatever they do. I don’t put any pressure on them. You’re going to back them up whatever decision they take.

That’s what I had at home, too.

My Father was a football coach but he let me choose. He never put any pressure on me about football. The person who backed me 100 per cent was my Mother.

Obviously when I reached a certain level, it was good to be able to go to my Father to advise me and teach me the finer details of football. But the one who was there when I was little, the one who came with me, and travelled with me to all my games, was my Mother.

During my career, I’ve played against some big-name footballers like Cristiano Ronaldo and Lionel Messi in those great Real Madrid and Barcelona teams.

I have also been fortunate enough to score against teams like Atletico Madrid, Villareal, Mallorca, Valencia and Sevilla in more than 300 games for Getafe, Sporting Gijon and Malaga.

If you’re not playing for Real Madrid or Barcelona you’re not going to play to win the league. Our aims at Getafe were more like to get to Europe one time, but to avoid relegation, too.

Then when you play against those big teams, you do like to take on the best, but also they make it difficult for you because they don’t let you score points and achieve your goals.

Obviously when you play against the best at a high level of competition, you have to give the best of yourself.

I enjoyed testing myself against those teams, especially away from home.

Playing at the Bernabeu and the Camp Nou is the ultimate challenge and you are fortunate as a player if you get to experience that.

Even though it is difficult, you have to embrace the challenge of facing those players in front of a huge crowd that is all against you. It is a mental as well as a physical thing.

The first year I played in Australia was the year I won awards like the Johnny Warren Medal.

It was a year of adjustment, which was hard work in those first months. We finished up well – not just me, but more importantly the Glory as a team.

We ended the second season very well and the truth is it was a fantastic year in that respect.

If you give me the choice between individual and team awards, the collective ones are worth so much more to me.

It’s always good if they give you an individual award because it means people are saying good things about you, but what you’re striving for is to do something collectively, as a team, and that’s what we footballers value most.

I still haven’t achieved that part of it yet.

I’m sure we will improve as this season progresses. There are a lot of new players.

Every year we have to go back and reinvent the team because there are always many changes. That costs us a bit at the start, but I’m sure at the end of the season we’ll be in there, competing for the title. That’s what is still missing for me – winning something on a collective level with Perth Glory.

I’ve played six years with Andreu, one of the other Spanish players, for Malaga and Sporting Gijon, and now the Glory.

When you play six years with someone, you develop a friendship off the field. We have a friendship which extends to our wives, our children.

In the time we’ve known each other, we’ve played all levels of football. It’s a very solid friendship in that you always have someone to support you.

Now we happen to be in the same place again and that’s great.

It’s always good if they give you an individual award because it means people are saying good things about you, but what you’re striving for is to do something collectively, as a team, and that’s what we footballers value most. I still haven’t achieved that part of it yet.

In the case of Xavi Torres, I played with him for a year at Getafe, then he transferred to Betis so we didn’t play together all that long. But there was always a good feeling between us.

We respect and admire each other’s football and this year the three of us have the opportunity to be together and try to leave our thumbprints on this Australian club.

When the possibility came up that Xavi would come here, we talked about the situation as friends but there are a lot of people here making those decisions.

Beyond that, Xavi will be judged based on his performance on the pitch, the same as I am or Andreu is and all of the players. I’m sure they are capable of doing very well this year and that’s why they are here.

The coach, Kenny Lowe, is one of the factors that brought me here. He’s always had faith in me, ever since I arrived – every summer, taking care of me, helping me find my place in the team, and above all, making me better.

My time in Australia is an adventure that has an end date. One thing I really like is that when that moment comes – I don’t know when, I hope it’s as far off as possible – that will be part of the great memories I’ll treasure of this city.

You have your career but you also have to give your children some stability, so they can live near their family and their grandparents.

Thankfully, my family have made a huge sacrifice for me, following me and my career, and that’s something I value very much, and when my time here is over, we’ll always have the door open to us to come and visit our friends from time to time in this wonderful city.

I’m one of those people who doesn’t like to plan anything long-term. I’ll sign with the team for just one year at a time then see if I’m all right, and if my family are all right.

This has been a marvellous experience for the whole family. They are completely immersed in the Aussie culture. You hope your children will be all right, that they’ll adapt quickly. Mine have been able to do that.

Predicting the future is difficult. If I focused on what might happen a long way ahead – if I’m going to be a coach, if I’m going to stay involved with football or not – it would weaken my career.

So I go year by year. I go flat out and we’ll see how my body and the people around me feel.

When my career does end I have many fronts open, but none I’ve decided on. I still feel that I am very much a footballer but there are other areas – aspects of business – I’d like to take on.

Luckily or unluckily, a footballer’s career is pretty demanding and you don’t have a lot of time to do other kinds of things or start businesses and grow in that area.

I’m leaving it very open and we’ll see what the future has in store.

I’m a pretty restless guy. I always like to be thinking about. ‘What can we do? Where can we invest, what can we create?’ I like to motivate myself with things outside of football.

When you’re young, whenever you have free time you spend it thinking about football.

When you get older, maybe you want to branch out a little more.

Editor’s note: This story has been translated from Spanish to English.