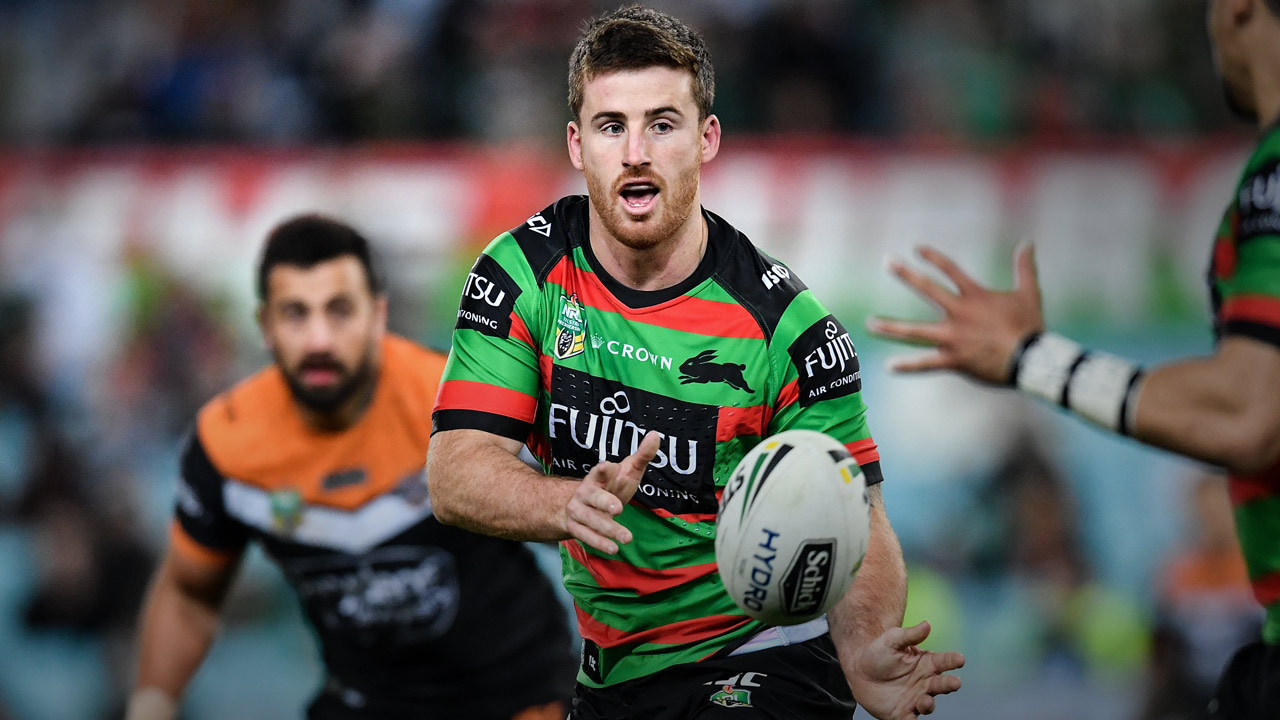 I wasn’t sure how much longer I’d be playing footy.

I’d just turned 24, I’d played two first grade games – one for Melbourne and the other for South Sydney – and I couldn’t make the Rabbitohs team in the early rounds of this season.

It’s not easy to get a run here. There are a heap of good players competing for places in the forwards. I had a contract until the end of next season, but the chances of getting another one after that were obviously going to decrease if I didn’t start playing more first grade soon.

And it’s not like I’m on the big bucks. You’ve got to earn that and I still have a way to go. I’ve been working for my dad’s water drilling business on my days off to make a bit more money and save for a trip to the US at the end of the season.

I was still running around for our feeder club, North Sydney in the NSW Cup, a few months ago. If you’d told me at the time I’d be playing for Souths in the NRL finals, I would’ve said you were dreaming.

I knew I’d been playing good footy in reserve grade. I’d been getting positive feedback from Anthony Seibold, David Furner and the rest of the first grade coaching staff. I’d been the 18th man for a while. I was still pushing.

But when you hit the last couple of rounds and the team’s gearing up for the finals and everyone’s fit, you’re not holding your breath expecting a call-up.

Seibs told me I’d been promoted to the 17 for the last round against Wests Tigers. He said, ‘You’ve earned it’. I only got 16 minutes off the bench, but I gave it my all. The fact we won 51-10 probably didn’t hurt.

I held my spot for the first week of the finals against Melbourne. I was dying to get a run against my old club, but I wasn’t used. Seibs actually apologised to me for that, but he didn’t need to. I think the intention was to go on and give George Burgess a break during the second half, but then George got sin-binned and went straight back on after that.

I replaced Tom Burgess against the Dragons last week. I was only on for 10 minutes, but I still had to do a job.

Seibs has said all along he won’t use the bench just for the sake of it. It has to suit the situation. Before the game he tells me, ‘I don’t know if you’ll get five, 10, 15 or 20. Just go out there and rip in and make it worthwhile. Do all the right things and you’ll keep your spot’.

My job against the Dragons was to take a hit-up when it was available and make sure it was a positive one. Quick play-the-ball. And in defence, just make my tackles. Simple instructions. Very Storm-like, which is where Seibs came from and what I knew from being down there. It makes your job a lot easier.

I played second-row all year at Norths, but they’ve chucked me in the middle here to give one of the bigger players a rest. A few of the boys at the club are calling me Steven Bradbury. Billy Brittain, who I’d been playing with at Norths, started it up. It’s a bit of a laugh.

It’s a bit different to the skater. I’ve snuck in at the business end, but a bunch of blokes didn’t just fall over in front of me. I know I’ve earned it.

SON OF A GUN

My dad, Darren Britt, had a great career. He played well over 200 games for Western Suburbs and Canterbury and about 50 more for St Helens in England. He also represented Australia nine times.

I’ve never known him to boast. And he never pushed me into playing league just because he did.

I wanted to play soccer as a kid, so I joined the Camden Tigers. When the family all went to England with dad I kept playing soccer for Eccleston United over there. I was a defender. I had a big boot on me, so they just chucked me down the back in front of goal and whenever we needed to clear it, that was my job. I was only an average player, but it was good fun.

When we came back home I told dad I wanted to switch to footy, so he took me down to the Camden Rams and I signed up there. I was 10.

I played through high school at St Gregory’s, Campbelltown, but I couldn’t make the SG Ball team at Wests or Canterbury. Then a couple of Melbourne scouts saw me playing for Group Six in the Country Championships at Mittagong.

When you hit the last couple of rounds and the team’s gearing up for the finals and everyone’s fit, you’re not holding your breath expecting a call-up. Then it happened.

I got offered a three-year deal at the Storm, starting off in SG Ball, but Penrith approached me as well. I was happy to take the deal at the Panthers. I was only 17 and I was a bit scared to leave home and go to Melbourne.

Then dad stepped in with some smart advice.

He said, ‘Just go down and have a look at the Storm. You don’t have to sign, but at least listen to what they say and see what you think’.

I went down for a weekend to see the facilities and watch them play a game. I loved it. There was this real champion club feel about them.

I talked to the football manager, Frank Ponissi, and a few of the players introduced themselves to me. Kevin Proctor, Cooper Cronk. I was being shown around and they stopped to shake my hand and say hello. Everyone worked together.

I signed and played three years of under-20s at the Storm, first under Dean Pay, then Seibs and finally Matt Adamson. Then I had a couple of years playing for the Storm’s feeder club, Easts Tigers, in the Queensland Cup.