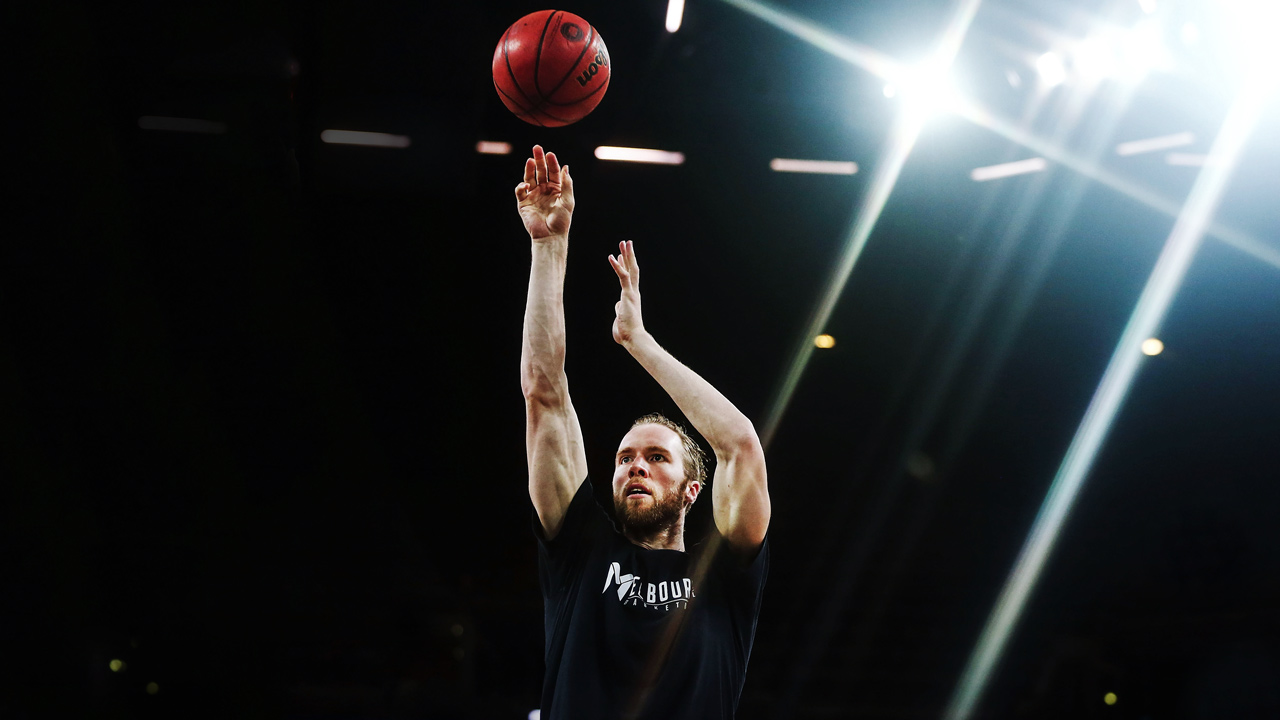 Behind the scenes of an epic series

Behind the scenes of an epic series

I’ve got a winning mentality. There’s plenty of that at Melbourne United. But it’s not the key to us beating Adelaide 36ers in this winner-take-all match.

That key is confidence.

That comes from our coach.

Dean Vickerman has created a structure and a process – defensively and offensively – that we stick to. It has been our recipe for success all season. It has been a constant.

Now would be the worst time for us to lose that focus, get over-emotional and stray from the game plan. There are things we can control. If we concentrate on those, it will put minds at ease. And that usually results in a positive outcome.

This has been a dramatic and, at times, extremely physical grand final series.

After game three, there were a lot of fines handed out to players for headbutting, getting involved in a melee and unsportsmanlike behaviour.

I can only speak for us. I believe it’s zero percent about trying to bump them off-course. For us, it’s all about very competitive people being in an environment where they’re desperate to win. Sometimes emotions can spill over.

We haven’t ever said anything like, ‘Let’s attack this guy’s head because maybe we can take him out of the game’. The incident with Nathan Sobey from game three, where he headbutted one of our players and got taken out of the game for the 36ers, that was never a goal of ours.

We weren’t trying to get him agitated and ultimately ejected. That’s not us as a club.

Confrontations occur. You have to make sure aggression works for you and not against you. It’s about knowing where the line is and not going over it.

We’ve got home-court advantage. Each of the four games so far have been won by the home team.

We can’t rely on that.

The moment you go into a game thinking, ‘We’ve got home court, it’s going to be OK,’ you’re dead. I went to Adelaide both times confident we’d win. They’ll come to Melbourne confident.

The sub-conscious, psychological influence of the crowd – whether it be on a player’s confidence or a referee’s line-ball call – is all very interesting and it’s obviously proven by statistics over time that it plays a part. But that can’t enter a single player’s mind.

Accountability is a huge part of what we’re about at Melbourne United. We’re video-analysed after every game and almost every training session. Each possession is seen back by the coaching staff and our individual clips are viewed by ourselves and sometimes our teammates.

If you’re not doing the right thing, you’ll definitely be called out on it. And, if it continues, you’re going to be taking a seat.

We have our style that we like to play, but we’re prepared to make adjustments game-by-game, even during the game depending on the personnel of the other team and what’s happening on the floor.

We’re tough, we’re aggressive, we play hard and we’re unselfish, but we’re also flexible. We’ve got a lot of versatile players who can play multiple roles. You need that in a five-game series like this.

Confrontations occur. You have to make sure aggression works for you and not against you.

My role can change. The staple is to play great defence and offensively I’m usually playing a power forward position where I’m more of a shooter. I’ll attack the defence from the perimeter and stretch the floor and give our guards space to penetrate. If I’m open I’m shooting it, or trying to drive if they’re running at me.

Occasionally, I’ll be used in the three spot to space the floor and have another shooter on the court.

I’m not the most outspoken guy. I generally lead through my actions. But when I give advice people listen because they know I’ve been around and I must have something to offer.

Sometimes it’ll be when we quickly gather in a huddle after a foul’s been made and someone’s about to go to the line for free-throws.

It’s only a few seconds but it’s like a mini time-out and it’s important. We all have the power to say something in those situations. I definitely use it.

Or if something’s been a problem for the team defensively, and that’s why the opposition is at the foul-line, we’ll agree to change something on the fly. ‘Let’s deny this path,’ or whatever.

It’s been a close series and these little moments can mean a lot.

I won a championship in Spain and, in the NBL, I’ve won two titles with the Sydney Kings and one with the Melbourne Tigers.

You hear horror stories about players not getting paid and stuff in some places overseas, but my time spent competing in Europe was mainly very positive. I spent most of it in Spain and I established a good reputation there. The clubs treated me well.

I’m proud of all my success. They’re the result of a combination of being fortunate enough to find a club with a winning culture and then bringing something extra to that. I’ve done it a few times.

I proved my worth and it got me a place in the Boomers squad. I’m proud to have represented Australia at two Olympics. It’s hard to describe that experience. It stirs up so much emotion. Just to put that jersey on and be involved in those games and share it with a great group of teammates … I’m really lucky I was able to do that.

I’ve been playing this game for a long time, but I’m hungry for more success and we’re very close now at Melbourne.

I don’t know what the future holds for me after this game. I just had a one-year contract. But I feel good and I want to keep playing. I’m a free agent, so we’ll have to wait and see.

But I do love playing for Melbourne United.