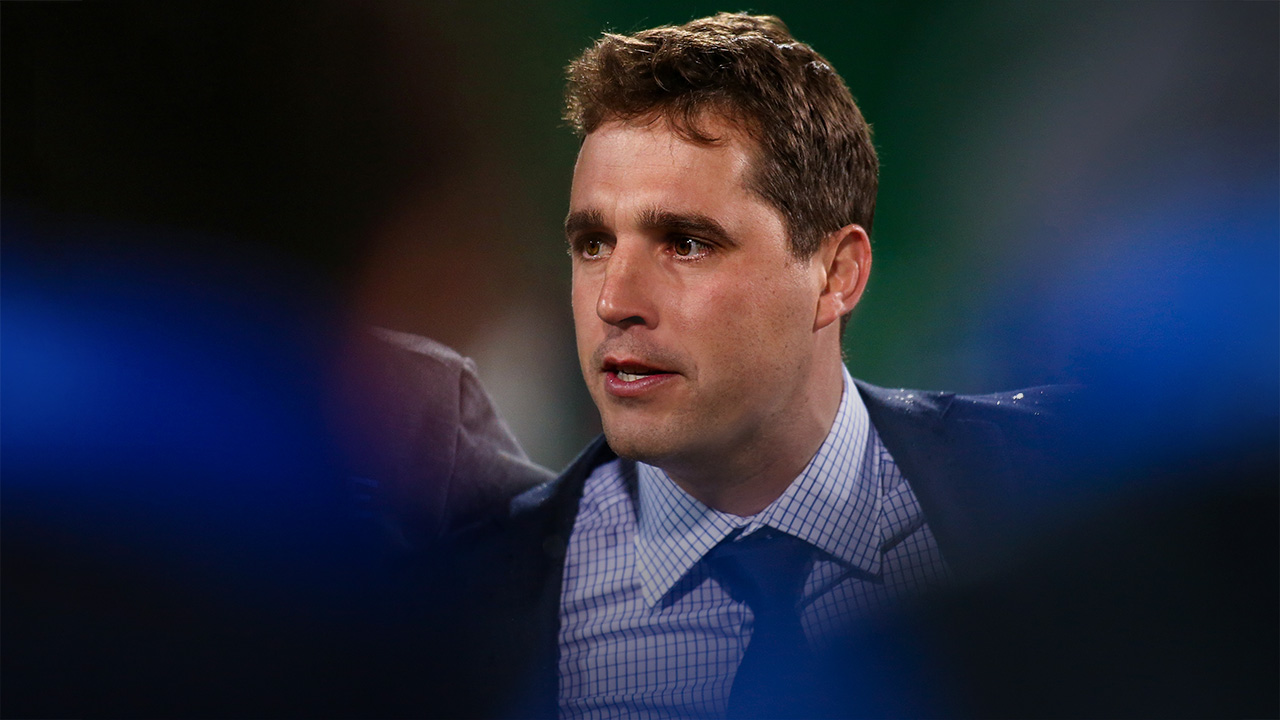 When rugby changed a nation

When rugby changed a nation

Fortunately, South Africa changed direction. And so did the sporting landscape.

Two years after the first free elections were held, Super Rugby arrived. For a kid in South Africa, it was groundbreaking. We’d heard about famous international players like Michael Lynagh and David Campese, Zinzan Brooke and Sean Fitzpatrick, but suddenly here they were – playing in our stadiums and coming through our TV sets every week.

All those memories of rugby – and Super Rugby, specifically – have a special place in my heart. I love this game. I want people to feel an emotional connection to it like I do.

I understand better than most that the last little period hasn’t been the greatest for rugby in Australia. It’s only through the pain of the last couple of months that I’ve had to look at myself and ask, as you Aussies would say, ‘Am I fair dinkum about this?’ Am I prepared to do everything it takes to grow the game, fix what needs fixing and move a team from last to first?

Now, having done much thinking after the difficult experience in Perth, I can honestly say I am absolutely committed to making this work in Melbourne. I wouldn’t be here if I didn’t think we could turn it around and help connect people with this wonderful game of ours.

MANDELA & THE POWER OF XV

First, I would like to give you a little insight into the power of rugby union as seen through my eyes.

A year after Nelson Mandela and the ANC took office, South Africa hosted the World Cup. For those readers of my vintage, you’ll remember the tournament well. For those of you a bit younger, watch Invictus!

Madiba had talked about the power of sports to unite people far beyond politics ever could. Sport was a real vehicle that could bring people together, he said.

I remember the final vividly. My friends got together at someone’s house in Bryanston, a suburb of Johannesburg, to watch the game. But I sat away from them and watched it by myself. I was too nervous to be around anybody.

When fulltime blew at Ellis Park, and Joel Stransky had kicked the Boks to a famous victory over the All Blacks, the entire suburb erupted into an automatic street party. Everyone was out on the streets, driving their cars, tooting their horns, waving their flags. It was a special memory.

This is what Mandela had been talking about.

Black and white, old and young, male and female, rich and poor united by sport.

Rugby has given me a lot of joy, and taught me many lessons, through the years. We worked very hard at the Force to spread that love of the game to the people in Western Australia and, as you saw with the Sea of Blue, there is a real passion there.

Now we have the same opportunity in Melbourne with the Rebels.

Now, having done much thinking after the difficult experience in Perth, I can honestly say I am absolutely committed to making this work in Melbourne. I wouldn’t be here if I didn’t think we could turn it around and help connect people with this wonderful game of ours.

People have asked me whether I think it is all worth it. They see the negative headlines and the decision regarding the Force and wonder whether I still feel like I am doing the right thing.

I am. This is a wonderful game. It is one of the few sports in the world where there’s a position on the team for absolutely everybody – fat guys, thin guys, tall guys, short guys. Not many sports can say that. And, like few other sports in Australia, it gives participants the opportunity to explore the world.

How can you not love a game like that? I want it to grow and thrive. I believe it will.

A NEW ERA KICKS OFF | New Rebels Head Coach David Wessels took charge on the field for the first time. Welcome back Rebels! ?

LIFE AS AN ‘OUTSIDER’

Australia has changed my thinking in a few areas.

As a Springboks supporter, I grew up absolutely hating the Wallabies. Guys like Stephen Larkham and George Gregan tormented me for years.

But then my first job in Australia was with the Brumbies and I sat about two metres away from Larkham. He was a lovely guy! I changed my tune pretty quickly.

I also wasn’t convinced that I wanted to be a fulltime coach. It’s quite a difficult way to raise a family. You spend a lot of time away from home on tours, away games and, as you’ve just seen in Perth, those times where you have to uproot your family for another role. There have been a lot of tears.

I figured that I could still be involved with sport part-time at a reasonably competitive club level and also work a regular job. But there was a problem – I would miss the thrill of gameday, the thrill of the challenge. I couldn’t find that in the corporate world. I’m still trying to find a way to retire, but sport keeps pulling me back!

We had a wonderful time in Western Australia. It’s a brilliant rugby community. We were proud of the effort we put in and I feel very privileged to have been part of that. We fought much harder than people thought we would. We did everything we could on the field, in the boardroom and from a fan-engagement perspective.

I still get a lot of messages from the supporters in Perth. They’re hurting. I’m very confident that top-level rugby will return to WA on the back of the efforts of those people. They’re still so passionate and fighting so hard for the game they love.

My years in WA made me identify more with the ‘outsiders’ than the three big teams – the Waratahs, Reds and Brumbies.

I never saw it as a battle for survival between the Force and the Rebels. I actually said to the Force players before the Rebels game last season that, the way I viewed things, the other three teams collectively wanted one of us out of Super Rugby.

When we were in Perth we were doing absolutely everything we could to try and survive. And when the opportunity came up to join another group of outsiders, I jumped at it.

I am excited by the staff and the playing squad we have assembled in Melbourne. The challenge is to take the lessons we learned in Perth and put them into practice here in the sporting capital of the world.

Here’s what Melbourne can expect from the Rebels this season.

We will play with a style that’s exciting and fun to be part of. We will play to win, which is fundamentally different to playing not to lose. It means we will take risks and have a crack. I would rather win 56-55 than 10-0, for sure.

We want to play a brand of rugby that the people of Melbourne will want to watch. That’s about style and intensity. When they see a group of players on the field who are absolutely committed, there will be a lot of traction.

The responsibility is on us to deliver something that is world class.

The boss keeps a close eye on training ?

They say you only fix a leak in the roof when it rains.

It’s been raining for a few months now in Australian rugby and, I can assure you, there is a lot of work being done behind the scenes to make the necessary repairs for the future.

Discussions have been going on in the background that maybe aren’t in the public eye. It’s people being really honest and accountable for their role and evaluating what we need to do to take Australian rugby to where it needs to be.

I’ve been very encouraged by those conversations and I sincerely believe in the work that is being done which, for the first time, will mean meaningful collaboration between Australia’s provincial teams and the national set-up.

I’ve coached in Australia since the back end of 2011 and it’s only these last few months that all the coaches, strength and performance experts and analysts have all got together to devise a common framework of how we think the game can move forward in this country.

We will play with a style that’s exciting and fun to be part of. We will play to win, which is fundamentally different to playing not to lose. It means we will take risks and have a crack. I would rather win 56-55 than 10-0, for sure.

That’s taken a huge amount of work. Some really healthy things have come out of it – including agreeing to some minimum standards in terms of our athletic performance.

I want to be part of what I think will be a golden era of Australian rugby.

If we can achieve some of the things we’ve talked about – and put in place some of the processes we’ve identified – we’re in for a great period.

It will take some time to filter through to our results. But this is the place I want to be. It excites me.