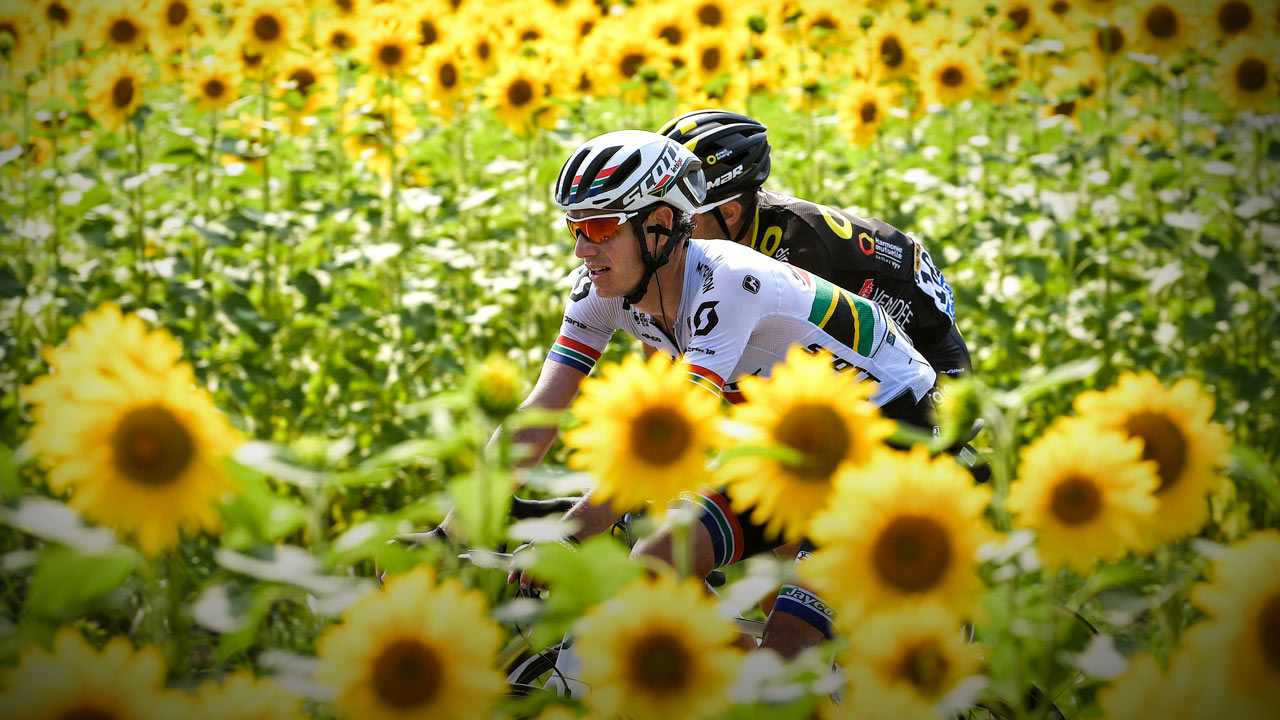 I wouldn’t be here at the Tour de France without this team. Mitchelton-SCOTT have given me the chance to be my best. They have given me the opportunity to have a wonderful family, put a roof over my head, allowed me to live stress-free and given me a great headstart for life after cycling. I owe a lot to them and the whole organisation.

This team is a great fit for me. They understand there is life outside of cycling – family is important to them as well – and they know that we put enough pressure on ourselves to perform without them adding on top of that. I found my happy spot here.

The best way for me to describe the sense of what it is to be a part of this team is the 2013 Tour de France.

THE ULTIMATE ACT OF MATESHIP

We had a strange start to the 2013 Tour after our driver got the bus stuck on the finish line of the first stage. Then Simon Gerrans won the third stage. We won the team time trial in Nice, putting Gerro into the yellow jersey, just the sixth Australian to wear it.

Gerro and I were rooming together that Tour. The stage before I got the yellow, I wanted to do the sprint but didn’t want to ask as I knew I might be taking the jersey off Gerro because of the placings. But Gerro said, ‘Look after me to the line today and tomorrow I will sit up.’

We shook on it and that’s what we did.

I remember the day into Montpellier. I was super nervous. The wind was howling and we were changing direction a lot. There were no breakaways as it was too fast all day because everyone didn’t want to be caught out. I remember Svein Tuft and Stuey O’Grady controlling the front, basically drag-racing any team who tried to throw it into the gutter. It was an amazing performance!

I just needed to be safe at the three kilometres-to-go mark so if there was a crash, that I would get the bunch time, and I had to make sure Gossy was well placed. Gerro sat up and I tried to lead Matt Goss out for the sprint. Actually, Gossy lost the wheel in the sprint, so I was the last guy to make the front split. The next group was five seconds behind and if I had sat up the jersey would have gone to Edvald Boasson Hagen. I was so happy I just made the split!

Then I realised I had the jersey, the first African to wear it at the Tour de France. It was amazing, not just for myself and South Africa, but it was such a true sign of friendship that showed just what our team is all about.

Gerro didn’t need to do it, but he appreciated all the work I had done for him before as well and that was a huge reward for my efforts. The team management knew about it, everyone did, except my wife. I just didn’t want to jinx it. It is a moment I will never forget.

My long-time soigneur, Oskar Quintana, was standing with us at the end and said, ‘Imps, yellow jersey, fucking hell! Come on let’s go to the podium.’

4th of July always brings back special memories for me ! An amazing moment ! Looking forward to another good year racing with @mitchelton_scott in @letourdefrance #cycling #tdf2018 @gettyimages #letsgo

I told Gerro how much I appreciated his kind gesture and said, ‘Thanks my friend, I really appreciate this, hey.’ It was nuts. Basically, he just said, ‘Enjoy it mate.’ We were both on a high! He was happy he could change my life and I was happy to be in the spotlight and enjoying the moment.

We talked about how special it felt and how great it was, that it was hectic as well, but in a good way. My wife and six-week-old son Ayden were there at the end of the stage, and that made it even more special.

I felt so privileged, so overwhelmed by it all. It was magical.

Gerry Ryan, our team owner, was really proud of the whole team. He said to us, ‘This is the culture of the team – mateship. What Simon did for Daryl is a true sign of that.’

Gerry has always tried to encourage a family/friend culture within our group. He is a great mentor to all of us. He really makes you think what is important at the end of the day. When I showed the team some pictures of people wearing yellow and the newspaper coverage, they were really happy for the team but more for me.

I could sense they felt I deserved it and that made me happy.

They played Impi by Johnny Clegg, the South African singer, in the bus and that made it just perfect. You can imagine the atmosphere was pretty much off the charts. We were all having so much fun. Seeing guys like Stuey singing was cool to see. Stuey is an Australian cycling legend. He won Paris-Roubaix and has seen just about everything in the sport. He retired just after the Tour that year.

But that day, well, it was like we all became kids again.

I was actually one of the last guys who signed for the team after it was formed.

I didn’t quite have any big results, so it was more that they were willing to give me a chance to prove myself. I was always in contact with Matt White, who was recruiting riders for the team.

Basically, I was told at the end of September that they wanted me and the rest is history. I knew they would have a different outlook and it was a fresh team, I knew a lot of Aussie riders so that made it even easier to sign. I felt I could grow there.

The big thing with the team is that we all feel a part of it. No one person is more important than any other. We all have a role. Being honest with each other and being able to express joy and disappointment together afterwards is good. When you are happy each day going to breakfast with your mates and going into the battlefield to achieve a result, well that defines what mateship is to us.

What you see is what you get, really. Our Backstage Pass videos are hardly edited, they are pretty raw footage. The results we have achieved in a short space of time are due to the fact that we are all mates and are all fighting for one objective.

It was amazing, not just for myself and South Africa, but it was such a true sign of friendship that showed just what our team is all about.

We keep trying to win for each other. Outside of cycling we are all humans. We have our own family and friends. We are not just robots who can pedal a bike. The videos have also given us a chance to show our own personality, which you sometimes don’t get from an interview.

When I came to the team, I was signed to be domestique in the mountains. Then I led Gossy out in the Giro d’Italia to a stage victory with Brett Lancaster, but I had to leave the Giro early because Gossy wanted me in the lead out for the Tour de France and wanted me to be fresh.

I spent two years working on the lead-out train, but I also showed signs that I could finish off the race if the sprinters got dropped. Slowly, I started working more with Gerro and we won quite a few bike races together.

I didn’t enjoy the big bunch finishes, so, naturally, I put more energy into the Gerro/Impey train. As the years have gone by, I have got an opportunity here or there, which has always been plan B. There were a few times when I nailed those opportunities and as time went by they started palming more responsibility on my shoulders as they felt I was ready.

Great to see more South Africans at today’s start. This year we have seen more SA flags than ever before. Thanks for cheering for us ?@kramon_velophoto

This team is incredible for the development of Australian cycling. The Australians are very fortunate that they have a system that has them pretty much ready to be pros at 20 years old.

They invest heavily in the future. They are also way more inclined to give a spot to an Australian than a non-Australian, which is how it should be .

The team gives their talent the chance to show what they can do. The Yates twins, Simon and Adam, are the super bikes of cycling. They have immense talent. We still don’t know how much higher they can climb. They are just pure bike racers.

They want to win, they work hard. They are good to be around. I like how they are willing to go all in for the stage win.

It is entirely possible I will finish my career with this team. I still have a contract next year but am nowhere near the end yet. I am open to extending further. The seven years here has been a great journey.

Two Olympians who saved my life

After a shattering diagnosis of MS, Emily Petricola went from 63kg to 115kg before two Olympians helped her become a world champion. 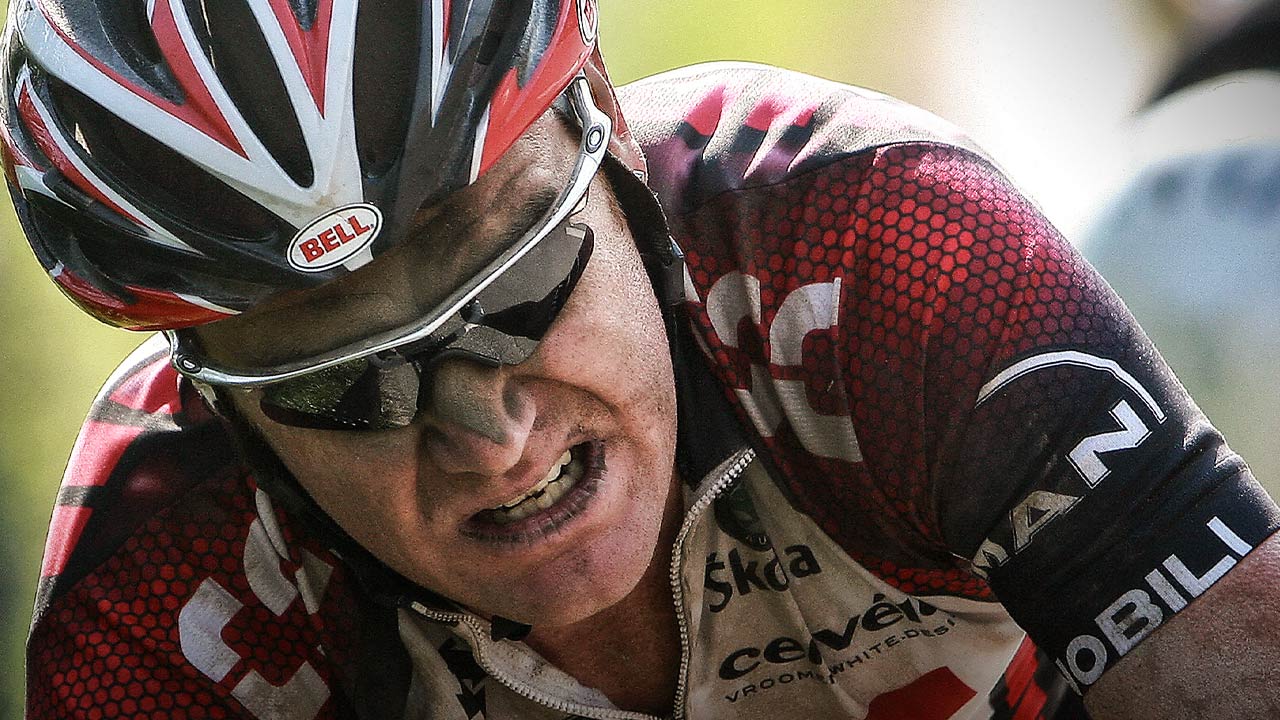 Team meetings in pubs, hotel rooms that stank of cigarettes and cheap perfume, and the agony of the Tour de France. 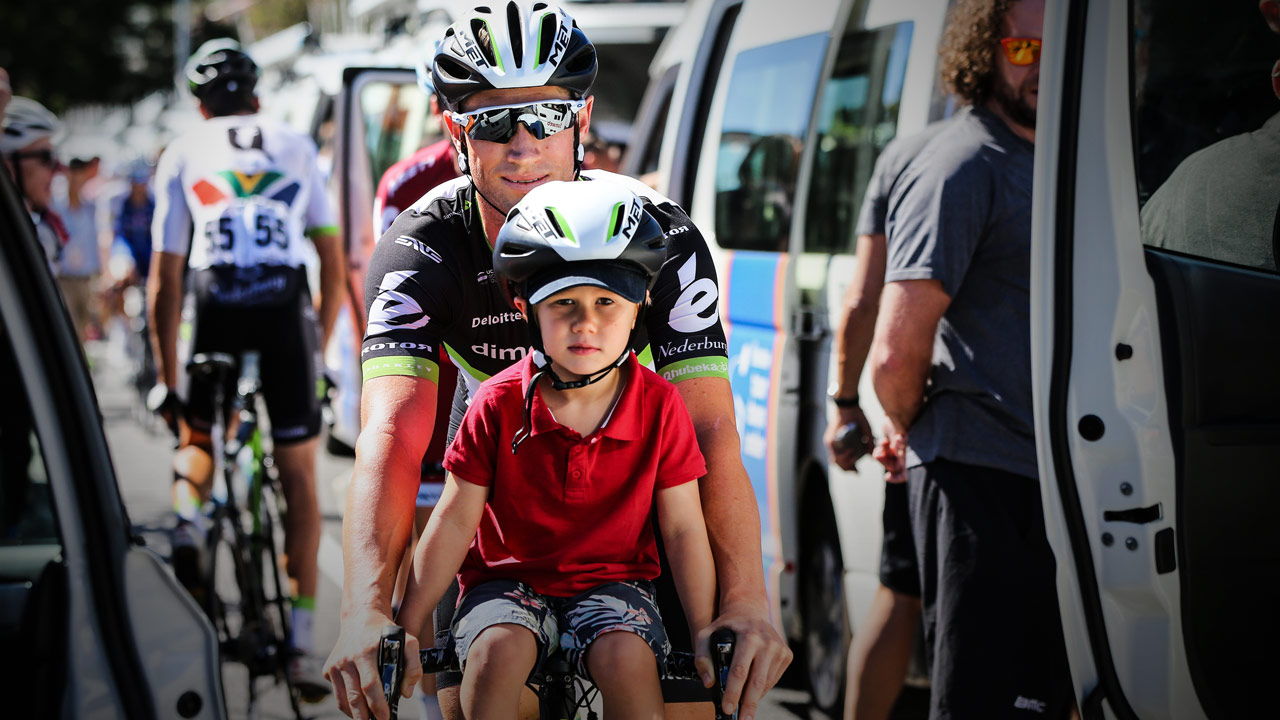 Mark Renshaw will contest his tenth Tour de France tonight. He discusses his relationship with Mark Cavendish, the stress of late stage decision-making and goals for this year's race.

LEARN MORE
ABOUT ATHLETESVOICE
Our vision is to enrich the soul of Australia’s great obsession - sport - and
deepen the connection between sportspeople and fans.