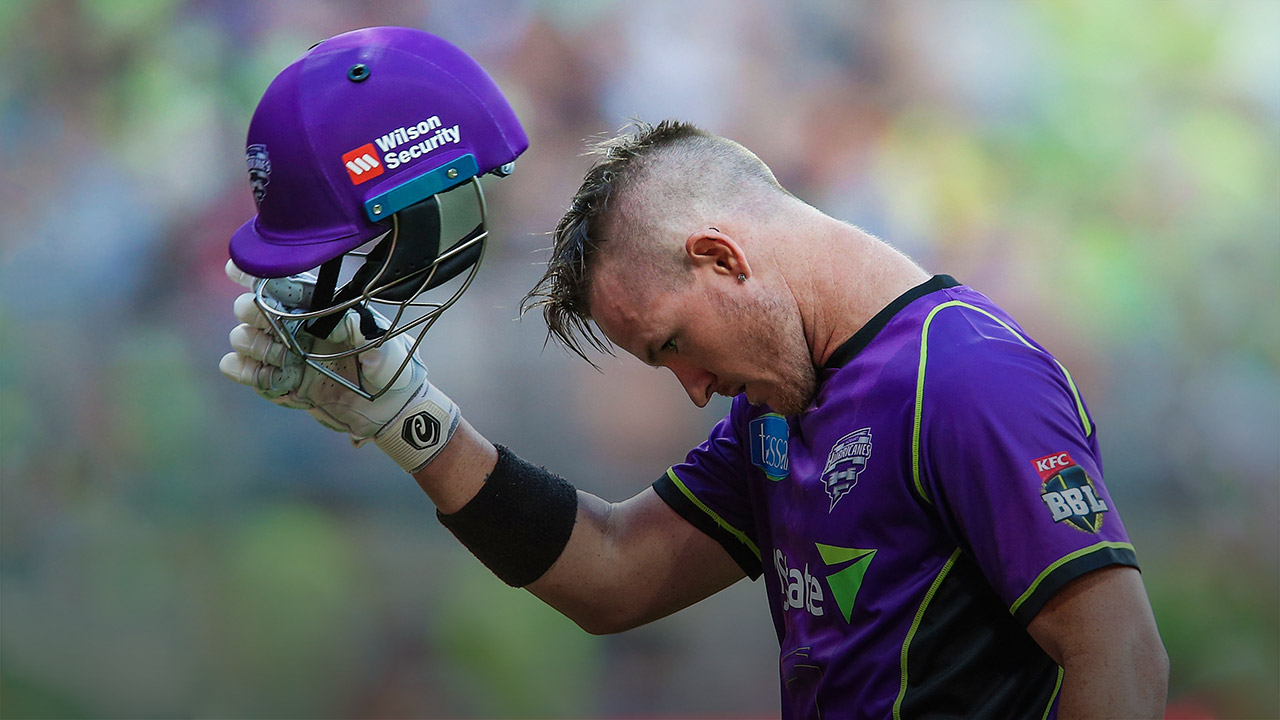 The story of a Mitakoodi man

The story of a Mitakoodi man

I was born in Katherine but I don’t remember it all that well.

I think dad was working at Toy World, mum was at a bank and we had a dog and a cat called Yuppie and Meeka. And that’s about all I’ve got.

I was about four when we made the move a few hundred kilometres north to Darwin to be closer to family. That’s where my memory kicks in. That was where I grew up.

I played cricket in the backyard all my life but not competitively until I was about nine. Not long after that, my family ran an indoor cricket centre – the Palmerston Indoor Sports Centre it was called – and I was into everything. Cricket, volleyball, soccer and whatever else was going.

I worked there with mum and dad doing odd jobs and whatever needed to be done around the place. And I would play two or three games of indoor cricket a night, either for teams I was playing with or filling in when a team showed up one short.

I didn’t change my game too much playing indoor. I wasn’t two worried about the little ones or twos. I was just always trying to smack the ball as hard as I could and hit the back net.

On top of those couple of games a night, I was also training with my club teams in Darwin and I would hit the bowling machines on the weekends.

It might sound like a lot but I didn’t care. I was a young bloke and I was absolutely loving it. I actually can’t think of a better way to learn the game.

LIFE IN THE TERRITORY

I went to the winter Test against Bangladesh at Marrara Oval in 2003. Boof Lehman and Steve Waugh scored hundreds, but I remember more about the event and the excitement around it than anything that actually went on in the game itself.

It was a massive occasion for all of us in the Territory – the first ever Test match to be played up there. The whole city got right behind it. That Aussie team was full of stars like Jason Gillespie and Justin Langer and Glenn McGrath. The place was buzzing.

There wasn’t a lot of top level cricket in Darwin back then and no obvious pathway to a career in the game. I was made aware of that from a pretty young age. I had a lot of people telling me not to waste my talent. Others before me had stayed in the Territory and probably regretted not chasing a state or national career elsewhere.

The wickets up north were great for a kid learning the game. When I was really young, I played for Tracy Village, then I moved to Waratahs. I played there up until the under 17s, including a few games of first grade, and then I played two or three years of first grade with Palmerston.

I was 13 when I made my first grade debut. It was certainly a different experience!

I didn’t get sledged too badly and all the grown-ups were pretty good about it because I was so little. I was batting at No. 11 and just there to fill in numbers. Still, even at such a young age, it was great to be able to test my game against grown men.

These days there is a bit more of a career pathway for players in the Territory.

It was a massive occasion for all of us in the Territory – the first ever Test match to be played up there. The whole city got right behind it. That Aussie team was full of stars like Jason Gillespie and Justin Langer and Glenn McGrath. The place was buzzing.

You still have to move to one of the big states if you want to pursue a first-class career, but coaches are noticing players from the Territory more and monitoring the junior talent coming through.

I knew I wanted to play cricket at a higher level and realised somewhere along the way that that would mean moving. If I stayed in Darwin, I wasn’t going to get anywhere.

I didn’t want to be one of those people who regretted not chasing their dream.

Good day out at litchfield national park checking out the waterfalls and going for a dip. #wangifalls #darwin #litchfieldnationalpark

When I was about 16, I moved back and forth between Adelaide and Darwin for my cricket.

My grandma, Kathleen, came with me when I was in South Australia. I was still doing school by correspondence and she was there to keep me focussed on my home studies and on the right track generally.

Kathleen was married to Peter. He used to say the word Shadrach instead of swearing (I think it’s a word from somewhere in the Bible). He passed away when I was 14 and my dad and I got Shadrach tattoos in tribute to him. You might have seen it on my arm when I’m batting.

But back to Adelaide. I played for Woodville and everyone was nice to me. It was a positive experience. I got the chance to live in a new place, meet new people and learn about my game. I wouldn’t trade those couple of years for anything.

It was there that I first experienced Twenty20 cricket. I never really expected the format to take off the way it did. It’s evolved and improved over time. You can see the impact it’s had on 50-over cricket with scores getting higher and higher and batters and bowlers coming up with new strategies. I love it.

After Adelaide, I took up an opportunity to play in the Futures League for Western Australia. I have lived in Perth ever since.

I started at Gosnells, which was where I lost about 15 kilograms and got serious about my fitness after Justin Langer gave me a bit of tough love advice about where my career was going.

I knew I wanted to play cricket at a higher level and realised somewhere along the way that that would mean moving. If I stayed in Darwin, I wasn’t going to get anywhere.

Then I moved to Willetton Cricket Club about two years ago. That was about the time I got the call from the Hobart Hurricanes. They saw me in a practice game at the start of 2016 and thought enough of me to offer me a contract.

I was stoked. To that point, I had only passed through Hobart with cricket teams I was playing in and now I was representing the city in one of the biggest T20 tournaments in the world. It was a bloody long way from Darwin, that’s for sure!

I made my debut against the Sixers at the Sydney Cricket Ground a few days before Christmas last year. Our top order was me and a load of internationals – Tim Paine, Kumar Sangakkara, George Bailey and Dan Christian. I hit a half century. It all went from there.

My confidence is sky high at the moment. You go through times in your career when you’re hitting the ball quite well and not scoring any runs. But everything is just clicking at the moment.

I’m trying not to change much. Keep still. Watch the ball. Try not to hit it too hard.

I’m not thinking about international cricket or the IPL or anything like that. I just want to keep backing what I’m doing and stretch out this period for as long as I can.

My mob are the Mitakoodi people. They lived along the Cloncurry River in Queensland. They are from my mum’s side of the family, and her mum’s before that.

I know where I come from. I feel a connection with my Indigenous heritage.

I remember back in 2009 when I was selected to tour England after the National Indigenous Cricket Carnival. Dan Christian captained us and we retraced the footsteps of the first ever Australian team to tour England in 1868, an all-Indigenous side.

We played something like 13 games in five weeks against local teams. It was an incredible experience.

The last four years we have played games at the National Cricket Centre against Papua New Guinea and a Cricket Australia first and second XI. We’ve showcased a lot of the talent coming up through the Indigenous communities.

It’s great teaming up with Dan again here at the Hurricanes. He is one of the few Indigenous cricketers to represent Australia at the highest level and we both hope there will be plenty more in the years to come.

My mob are the Mitakoodi people. They lived along the Cloncurry River in Queensland. They are from my mum’s side of the family, and her mum’s before that. I know where I come from. I feel a connection with my Indigenous heritage.

I’d like to think that when Indigenous kids see us playing together in the Big Bash, it sends a message that they can achieve anything they set their minds to with self-belief.

We both worked with one of our friends, Ben Abbatangelo, raising funds for our brothers and sisters and trying to give young Indigenous and Torres Strait Island kids a better chance.

Ben is the co-chief executive of the Aboriginal Indigenous Mentoring Experience and the Resilience Project. He has played with us on a few Indigenous tours and does a terrific job.

I go back to Darwin a bit, although probably not as much as I should.

I head to Kununurra more. It’s up in the Kimberleys and that’s where mum and dad, Lachlan and Cindy, are these days. They live in town and work out on the mine doing landscaping and maintenance.

I would love the chance to play a BBL game up north.

The game in Alice Springs between the Scorchers and the Strikers is a great initiative.

I sent a message through a while ago asking whether they’d decided the teams to play up there, because I would have loved to have been involved.

With any lucky next season, the Big Bash will dedicate an entire round to celebrating Indigenous culture and I might get a chance to play where it all started. That would be brilliant.