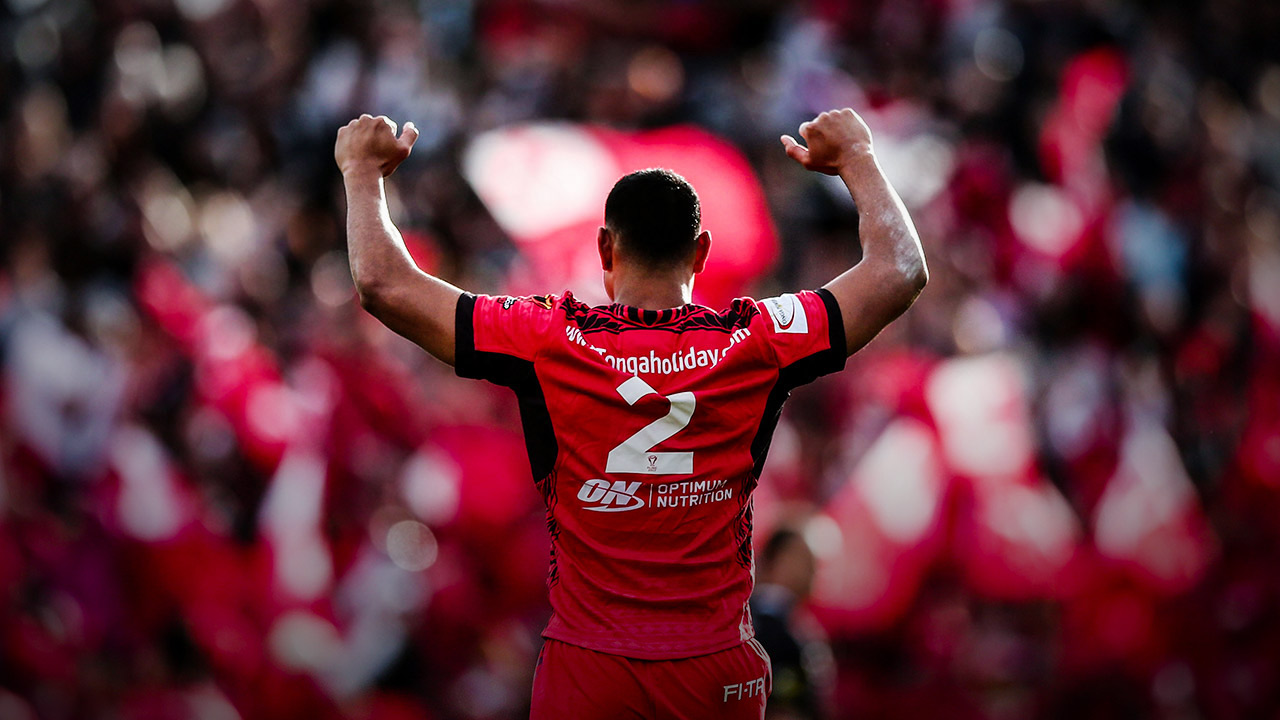 Something very, very special has happened at this World Cup.

Fans are literally praying for us and crying with happiness when they see us. Players have turned down tens of thousands of dollars to represent their heritage. And the King is coming to watch us!

I will never forget the experience of representing Tonga over these last few weeks. It is unlike anything I have known in my career. Trying to put it into words – the emotions, the things we’ve seen, the experiences on and off the field – isn’t easy.

This is how it all started.

I was over the moon when Jason Taumalolo and Andrew Fifita decided to play for Tonga at the World Cup. You just couldn’t measure what it meant to the rest of us as individual players, and as part of a team.

They’re among the best forwards in the world. Turning their backs on guaranteed spots in the New Zealand and Australia teams must have been very tough. It showed how much Tonga meant to them.

That will have a massive impact on the next generation of Tongan players and those who follow them. It has raised the bar in terms of what can be achieved when you truly believe in something. We all hope this tournament won’t be a one-off.

The other boys in the squad felt the same as me when they heard Jason and Andrew had committed to Tonga. You can see from how well we’re playing – the passion and the dedication and the determination – that it has had a positive effect on our football.

We went through the pool stage without losing a game. We beat New Zealand. We won a very tough quarter-final against Lebanon. We’re in the semi-finals against England. We’re one win away from the final.

What some people thought impossible for such a tiny country is now possible.

We went to Tonga for a one-week camp before the tournament and the response from the people there was amazing. It really touched each of us deep down in our hearts, every player, so we’ve got to give back and do well for them.

They love us no matter what, whether we lose or win. They’re fantastic fans.

John Hopoate is like the uncle of the camp. He keeps an eye on things and keeps us in line. It’s funny, we all try to give him grief and he just gives us a gentle clip over the ear.

John is Will’s dad, so he’s a part of the family with us here. He’s doing an awesome job, all the boys love him. We all get along with John and respect him a lot.

We have a different team activity in camp once a week and this week it was a table-tennis tournament. Last week it was jet-boating and we’ve done go-karting as well.

Ben Murdoch-Masila and Sami Langi took out the doubles tournament in the table-tennis and won $300. It was a $10 entry fee for each player and the coaching staff and management took part as well. Winner-take-all.

Everyone gets involved in everything we do. That’s what we’re all about. We’re a tight-knit group.

I will never forget the experience of representing Tonga over these last few weeks. It is unlike anything I have known in my career. Trying to put it into words – the emotions, the things we’ve seen, the experiences on and off the field – isn’t easy.

We’ve got plenty of characters to keep us entertained. Konrad Hurrell would be right up there. Andrew Fifita’s another one.

Everyone is making a contribution to what’s been a great camp.

No one is looking forward to leaving. That makes it even more important to beat England on Saturday. That way, we will have another week together.

My parents came to Australia from Tonga, but not together. They each came out to visit a relative and decided it was so great they wanted to move for good. They only met once they were both in Sydney.

I consider myself Australian and Tongan. I was born in Sydney and I’m proud of that, but I also have great pride in my heritage.

I love playing for Tonga. I’ve played one Test for Australia and four State of Origins for NSW, but I’m happy with where my representative career is taking me now.

We’re really feeling the love from the Tongan supporters. It’s coming from everywhere – from our fans here in New Zealand, from back in Tonga and Sydney as well.

I grew up in Auburn. The Berala Bears were my junior club. I know the Lidcombe-Auburn area well and I’ve been told the local Tongan community went off after we beat Lebanon last Saturday.

They gathered on the playing fields next to Lidcombe Oval for a celebration and were driving around the area in a bit of a convoy, with flags flying out of their cars and tooting their horns.

We had a fan day at Sky City in Auckland on Tuesday and the amount of supporters who came out to see us was huge. There were tears of joy from some of them, which was great to see. They’re all so happy to see us put our little nation on the map.

We’re getting heaps of messages of support on social media. There are Facebook pages, Tongan fan pages, they’re sending videos with kind messages and they’re also praying for us.

It has definitely been a factor in how well we’ve played so far, knowing so many good people are behind us. You should have seen them when we were in camp in Nuku’alofa.

There were literally thousands of them lining up to see us in the streets. They were waving flags and had painted the players’ names on their cars. People were dancing and smiling and playing music. One of the local teams even performed the Sipi Tau for us.

It was incredibly inspiring.

It means everything to us, as players, and our fans.

THE KING IS COMING

A report has just gone out in Tonga saying that His Majesty King Tupou VI will attend our semi-final against England in Auckland.

I mean, how many times in your life do you get to play in front of royalty?!

England are a tough side and they’ve done well in this tournament. Their only loss has been against Australia and they pushed them really hard. We know it’s going to be a huge test for us. But we’ve prepared well at training and the boys are pumped.

We always knew it was going to be tough against Lebanon. I think some people thought we were just going to run over the top of them, but we didn’t underestimate them at all.

They performed well in this tournament for a team that has only just come together and included a lot of NSW Cup and under-20s players. They had everything to play for, the same as us, and they showed true character in how they performed.

We held out at the end and that’s all that matters.

Our coach, Kristian Woolf, is doing it the right way. The boys love him and we’re all on-board with what he’s putting together for us and how he wants us to play.

Kristian’s not over-technical in his approach. He’s straight-forward and his messages are pretty clear. He knows that with the talent we’ve got, if we use our size and skill that’s the way to go.

I’ve been pretty happy with my own contribution. But, more than that, I’m just happy to still be playing footy in November, wearing the Tongan jersey and being around these players.

There are a lot of talented young Tongan players still developing who haven’t made the squad. They will make it eventually. So we’ve got the back-up players and the depth as well.

It makes us all realise Tonga is good enough to start playing regular international football against the established top countries. We’re hoping that’s what’s going to come out of all of this.

BIG CHANGES AT THE ROOSTERS

I know there’s a fair bit happening back home with my team, the Roosters. Cooper Cronk has come and now Mitchell Pearce has gone. I was shocked when I heard the news, but I’m not focusing on that. I’ll learn more when I get back to Sydney.

I’m knuckling down here with Tonga and working on what we’ve got to do against England.

We were happy to beat Samoa and New Zealand and get into the semis, which is a massive accomplishment for us as a country, but now we’ve got this great opportunity to make a World Cup final.

Our fans might think that was pretty good. We all would.