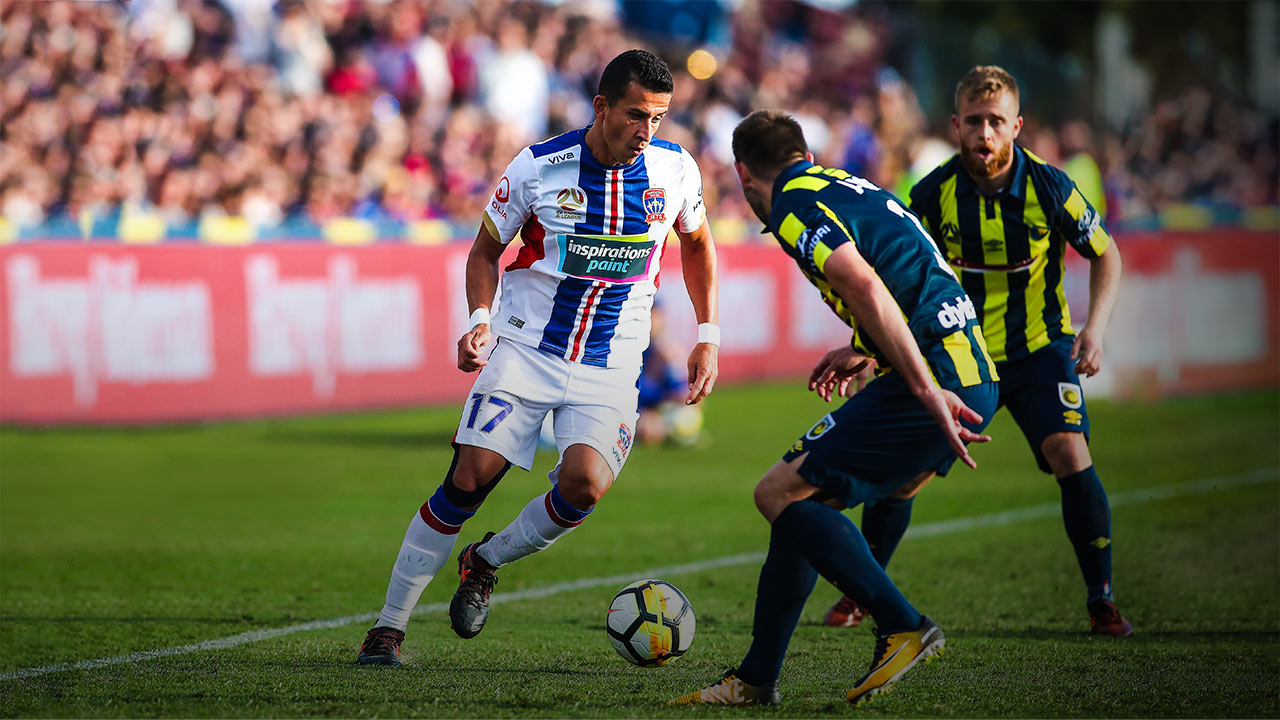 The things they never tell you

The things they never tell you

If I’d known how much crap I’d have to endure to get somewhere overseas, I still would’ve done it.

Not getting paid for months – even a year – people lying to your face or telling stories behind your back that weren’t true, getting left out of teams for no good reason and then being picked only so they could humiliate you by taking you off before halftime.

But, hey, they were just the bad times. The good times were great and there were plenty of those. That’s what I’ll remember most.

I ticked all the boxes I wanted to tick after I flew out of Sydney as an 18-year-old kid taking a chance on life as a footballer in Europe. I won club titles, I played Champions League and Europa League, I represented Macedonia, I met a lot of great people and I travelled the world.

And, most important of all, if I’d taken some other course in life, I would never have ended up in Melbourne at the time I did and met my fiancee, Emily.

Not bad for a wog from Blacktown.

I’m super close to my dad, Kosta. I’ve looked to him for advice in all the big career decisions I’ve made. We think alike and the decisions have mostly been good ones, so I feel comfortable when we have the same opinion.

I played for Blacktown Demons and Marconi Stallions as a kid, but I didn’t get picked for representative teams. I was good, but never really recognised.

When I finished high school, dad said, ‘We’re going to Macedonia before you start uni or whatever you decide to do.’

We went over for a couple of weeks at Christmas-New Year and my uncle knew one of the guys from the under-21 national team for Macedonia. He gave him a DVD highlight reel of my football and about a month later the Macedonia under-19s coach called dad.

I was invited over to trial and I did well, so they brought me back to play in some European qualifiers. I did well there, too, and agents started coming to us.

Marconi wanted me to keep playing reserves there even though I was in the youth national team for Macedonia. I was making arrangements to join another club in Sydney when dad rang me on a Friday to say Dinamo Zagreb wanted me to trial for them.

‘You have to be in Croatia on Monday, so on Sunday we’re leaving’, he said.

I’m super close to my dad, Kosta. I’ve looked to him for advice in all the big career decisions I’ve made. We think alike and the decisions have mostly been good ones, so I feel comfortable when we have the same opinion.

I played a trial game on the Wednesday. Guys like Luka Modric and Eduardo da Silva were in the team alongside me. It was unreal.

I didn’t have the best game. I was still so jet-lagged I fell asleep on the team bus on the way to the ground. But the coach said there was another game in two weeks if I wanted to stay and train and get ready.

You bet I stayed. I wanted to show them what I was really all about. I’ve always had to prove people wrong in my career.

I smashed it in that next friendly and scored two goals playing from the back. My European career had begun. Wow, the ups and downs that were ahead!

Wishing everyone an amazing end to this marvelous year and hope that 2018 brings you lots of joy, happiness and love ???✈️

I didn’t understand the language, so I didn’t know the first-team coach who brought me to Dinamo didn’t get on with the youth-team coach, who put me in the second youth team.

But I still learned a lot in the year I was there. I trained with the team in the morning and in the afternoon I had private lessons. It was like going to football university.

In the end, the first-team coach got the sack and I did as well because he’d signed me. That’s how it works sometimes. Politics. But I wasn’t coming home just because of that.

I trialled for a club in Croatia that didn’t sign me, but Medimurje said they would be happy to take me because I was coming out of a strong youth system at Dinamo.

I signed for a year, but after six months the club got a letter from the governing body back in Australia asking for a training compensation fee of $250,000 on behalf of the clubs I’d played for as a kid.

The people at Medimurje said, ‘We don’t have that sort of money. If we have to pay it you’ll have to go.’

Fortunately, I was able to get a very good agent to sort it out for me without the club having to pay. It was a bit rich asking for that sort of money when I wasn’t even a rep player back home, so when people ask me how did Australian football help you I say, ‘They almost ruined my European career.’

Medimurje got relegated at the end of my first season there, but I stayed to play in the second division and we got back up. They were only paying for my food and apartment, but that was all I really needed.

I re-signed and they made me captain – only the second Macedonian player to captain a side in Croatia. It was a pretty big achievement, but looking back I didn’t realise it at the time. I was pretty much still just a kid who wanted to play football. We got relegated again and my contract ended.

WITHOUT A CENT TO MY NAME

I was at the crossroads. I remember my dad asking, ‘What do you want to do?’ and I said, ‘I still haven’t achieved what I want to achieve in Europe.’ I knew I’d finish my career in Australia, but I was only 21. Dad said, ‘OK then, keep going, keep working, we’ll figure something out.’

After two months nothing was concrete for me in Europe. Being of Macedonian extraction didn’t help, because the Balkans weren’t really recognised with a good name, but I got screwed over by a few agents as well who were trying to make more money out of deals.

They said, ‘He’s got a signed authorisation by you that he can negotiate for you.’ And I said, ‘Mate, I haven’t signed anything.’

I ended up staying on in Croatia and signing for two years with Sibenik, which had finished third the previous season and was playing Europa League qualifiers.

The club was going through financial problems – I always seemed to find these clubs. I either wasn’t getting paid at all or it was just a percentage of what I was supposed to be getting. This club was the worst, because in my second year I didn’t get paid at all.

But I wanted to play football and I couldn’t afford not to if I was going to achieve my goals.

I got called up for the Macedonian full national team at 24. My dad said, ‘Maybe you should hold off a bit, Australia might want you to play for the Socceroos,’ but I never heard anything from them and I had the chance to play European and World Cup qualifiers.

It was a bit rich asking for that sort of money when I wasn’t even a rep player back home, so when people ask me how did Australian football help you I say, ‘They almost ruined my European career.’

I knew this was the way to go. I played against Russia in Moscow and the coach – John Toshack, a Liverpool legend – put me straight in at right back. I was shitting myself, but it was so exciting at the same time. I held my spot for a few years after that.

But at the same time I was still playing for a club where I wasn’t getting paid.

Sibenik is not a big place, so you could find out everything you wanted to know about anyone or anything.  One of the directors there said, ‘Nah, there’s no money,’ then he bought himself a boat and a new car. I’m like, ‘Sure.’

They paid for my apartment and food, but if I needed cash I had to rely on my parents. I wasn’t a big spender, though. If I had enough to buy a good coffee I was happy.

I eventually took the club to FIFA and after two or three years I ended up getting the money I was owed, but at the time I didn’t have a cent to my name.

But it wasn’t the money that drove me. It was the pure love of the game.