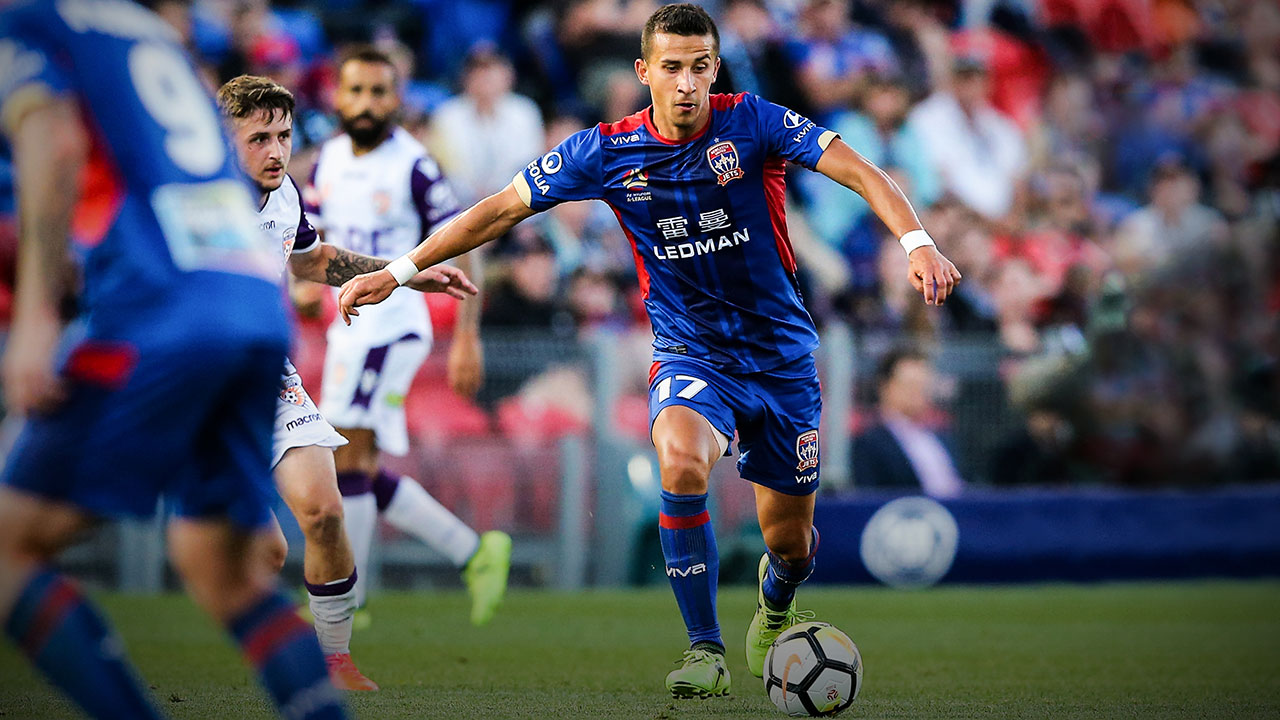 Cuba, Newcastle & everything in between

Cuba, Newcastle & everything in between

I’m a bit of a history nut.

I love watching documentaries on Cuba. The whole history of the country – the politics, the revolution, the US and the Soviets, Castro and Guevara – fascinates me. I love the imagery of those old 1950s Buicks and Chevrolets and Oldsmobiles winding their way through the streets of Havana. It’s raw, not westernised. I want to see that.

My fiancee, Emily, and I are going to Cuba for our honeymoon after we get married in Melbourne in June. She has actually been there before, albeit with her parents when she was little. Returning as an adult in the wake of Fidel Castro’s death two years ago will be fascinating for her. There were plenty of places we could’ve gone to, easier places, but it’s about not being another one of the sheep. We wanted to get out of our comfort zones and immerse ourselves in a country we had read so much about.

Signing for Newcastle was not without its adventurous element. You could spend your whole career only playing at bigger clubs, like Victory, but what’s wrong with a smaller club with aspirations? It’s a new experience, a challenge, another set of memories.

As with the honeymoon prep, I did quite a bit of reading after I decided to sign with the Jets. I wanted to learn about the history of Newcastle, to try to understand the town and what motivated the people.

The mining legacy, the railways and the ports, the earthquake … all of it. I wanted to understand the region I’d be representing and how it had come to be what it was. I’m glad I did. That context has made the experiences of this season with the Jets all the more special.

The Jets sold the idea well to me but, in addition to being a researcher, I’m a gut-feeling guy too. I had to get the right feeling before I made the decision to come here. I did. The weather’s nice, the people are super friendly – and they absolutely love their sport.

I’ve watched and listened and developed a feel for what the Knights mean to the people here. Even when they ran last in each of the past three years of the NRL, the fans kept supporting them.

They’re backing the Jets as well. This season we’ve got the best home-crowd figures outside of three big-city teams – Victory, Sydney FC and Western Sydney Wanderers.

It was one of our goals this season to bring the fans back. They’ve had to endure some bad years, but gradually they’ve returned. There’s plenty more where they came from, too. Hopefully, they’ll come out in two weeks when we play our first semi-final since 2010.

EMBRACED BY AN ENTIRE CITY

I’ll give you an example of how Newcastle has wrapped its arms around us this season.

Four weeks ago, me and a few of my Newcastle Jets teammates had just finished breakfast at a beachside cafe and were heading back to our car. A guy came running over towards us.

As a footballer, you’re often wary when someone appears out of the blue like that. It’s a game full of passion – on both sides of the fence – and you never know how the fans are going to react.

I needn’t have worried.

‘Boys! Well done on your season and good luck for the weekend!’ he said.

He’d seen us from across the road and had taken the time to get out of his car and come over to shake our hands. He even closed the door for us after we piled into the car (we were heading to the airport ahead of our game against Wellington Phoenix).

One of the other players, who was there when the Jets finished bottom of the table the previous season, said to me, ‘Mate, no one ever did anything like that last year’.

‘We must be doing something great for the town,’ I thought.

I did quite a bit of reading after I decided to sign with the Jets. I wanted to learn about the history of Newcastle, to try to understand the town and what motivated the people.

It’s been like this from the moment I arrived here from the Victory.

I would go into the city to find my way around. Football fans would recognise me and say things like, ‘Thanks for signing for the Jets,’ and ‘We really appreciate it’. More recently it’s been, ‘Thanks for giving us hope this year,’ and, ‘Keep it up!’

There was never a sense of, ‘Mate, you’d better kill it this year because the team was shit last year’.

I can’t tell you how many people I’ve thanked for accepting me the way they have. They haven’t had much to cheer about with their football in the last few years and I don’t want to disappoint them now. None of us do.

Always thankful to the fans who come and supported us yesterday in a match that i will personally never forgot ⚽️??? @newcastlejetsfc #2-1 #football