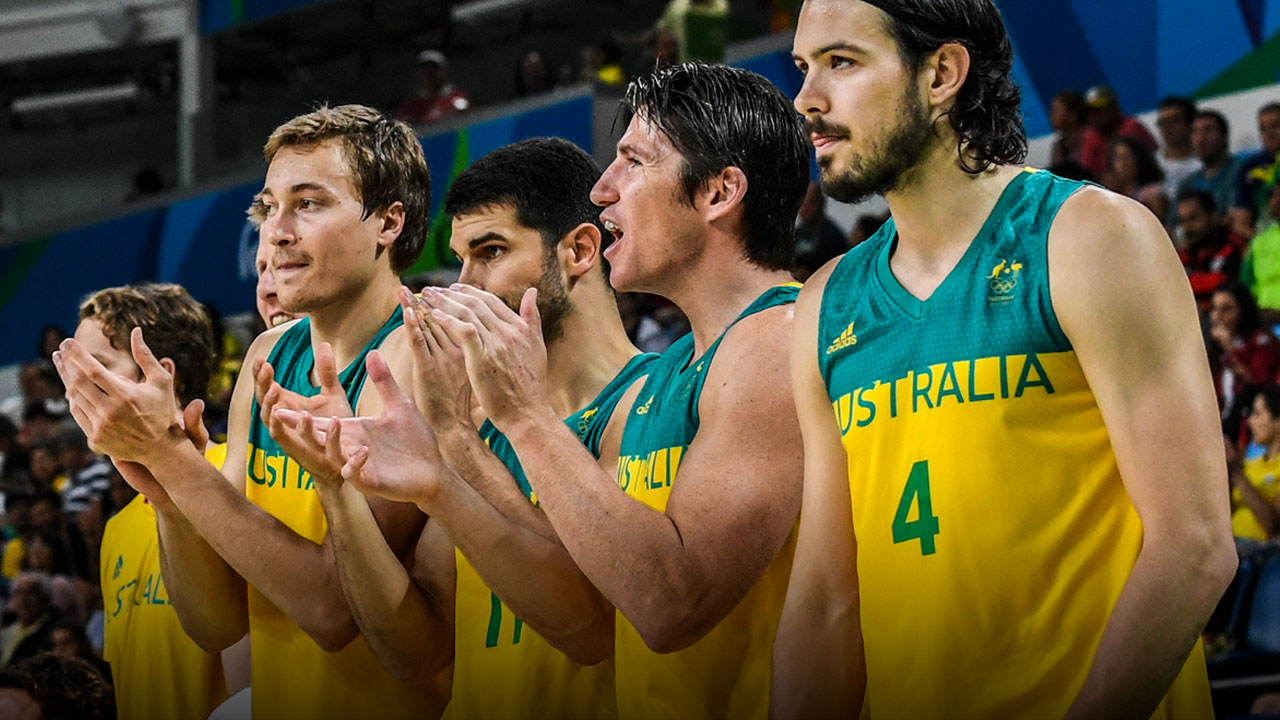 We can’t do this without you

We can’t do this without you

There’s nothing like a big home crowd in any sport.

And with the Gold Coast Commonwealth Games upon us, I’m expecting huge things from basketball fans in Cairns – where our preliminary matches will be played – and on the Gold Coast, where the Boomers will hopefully play the semi-finals and final.

When I was younger growing up in country NSW, there was always an image in sport I loved.

It was the view of a State of Origin rugby league player as he runs out of the tunnel and looks up into a sea of sky blue with over 80,000 people packed into Sydney’s biggest sporting venue cheering, applauding, waving signs, banners and posters.

It looked spectacular and I always wanted to know what it must feel like, in that moment, as a player.

The TV camera people would follow the players from locker room, down the tunnel and out on to the pitch, before inevitably the players ran out and the camera was left in the tunnel, observing from afar. It’s as though they had been told ‘Don’t cross this line, that’s for the players only. Sit back and enjoy the spectacle from here’.

The difference between how those Origin players looked walking out of the locker room, to how they looked as they were just about to take their first run onto the field was dramatic.

The players were so focused, replaying in their minds what had just been said behind closed doors, nervous and excited in equal proportions as they left the locker room to run through the last part of tunnel onto the field with their eyes wide open.

In those few seconds between leaving the locker room and the tunnel opening to that sea of blue, the players looked to have grown an extra foot.

They must have felt unbeatable.

YOUR passion, MY STRENGTH

Our names are announced one by one, the smoke machine is given a blast, high-beam lights flicked on, and you run out of the tunnel and onto the court. In that moment, I do feel bigger, faster, stronger. I’m confident, excited and can’t wait for the game to begin.

I sing the national anthem, speak to the guys, we do our warm-ups and then, before I know it, I’m shaking hands with the opposition and there’s only seconds left before the jump ball.

I do the same 15 jumps I’ve done since I was a junior playing for Lake Macquarie – five side to side, five back and forth, five scissor jumps. Stretch the hamstrings, look up, breathe, smile, say to myself ‘this will be fun’. And then the ball is thrown up and we are underway.

When I first moved to Perth, we were playing at Challenge Stadium. The atmosphere was still amazing but it only held 3,500 people so it provided a much more intimate setting. You could hear individuals heckling from the sideline, or you could look up and find family members or friends you knew were at the game but weren’t sure where they were going to be seated.

Our owner Jack Bendat always had plans of playing at a much bigger venue. Once Perth Arena was complete, it was a no-brainer in his eyes that we play there. That doesn’t mean a huge risk wasn’t taken by him and the board.

Had we only had the same 3,500 people follow us from Challenge Stadium in the suburbs to Perth Arena in the city, then we would have lost that amazing atmosphere and, from a monetary standpoint, it would have been debilitating.

Instead, after much anticipation, we finally moved to Perth Arena and played our first game against long-time rivals, the Adelaide 36ers. Even with over 10,000 people in attendance, we lost. Not the ideal start but that’s sport. Not every game is a script.

Couple of cousins (by marriage) off to the Commonwealth Games Opening Ceremony put on in Cairns. Teammates in 2002, teammates in 2018 @bradnewley

But there are so many special moments when the Red Army is deafening. The atmosphere is electric and, as a player on court, it motivates you to give everything you have.

In the flow of the game, almost everything outside of the white line is blocked out. A lot of what is said and done in the crowd goes unnoticed, but when the crowd goes crazy over a dunk, steal, made basket or hustle play, you can’t help but marvel at the energy and noise the crowd is providing.

A SEA OF RED, AN ARMY OF GREEN AND GOLD

Fast forward six seasons and there’s still no better feeling then running out in front of so many people at Perth Arena, doing what you love, alongside some of your closest mates.

One of my fondest memories is winning the 2016/17 championship. Last place in the league in December, we get some healthy players back, sign Bryce Cotton and go on to win. Regardless of where we sat on the ladder that season, game after game we still filled the arena. Game after game, we still had the support of the red army. Game after game, I still got goose bumps as I ran on to the court.

There’s a photo of the players on the podium, after we had just won the grand final. Confetti falling from the rafters, trophy being held by players and an arena filled with people standing and applauding. I remember being on the podium, grinning from ear to ear, sheer elation from the win and looking out at the Red Army thinking if there was ever a moment it should be us clapping them, it’s now.

We aren’t the only team which has great support at home games. Across the league, home crowds seem to be on the improve.

Guys like Randle, Newley, Cadee and Lisch puts bums on seats in Sydney; Goulding, Prather and Ware in Melbourne; Creek, Sobey and Hodgson in Adelaide, and a stack of other players who are crowd favourites for their clubs.

It should be us clapping them.

One of the loudest crowds when sold out is Cairns. Their Orange Army is passionate, and always vocal. When the Taipans go on scoring runs on the back of the atmosphere generated from the crowd, they are one of the hardest teams to play.

Cairns has one of the best home court records in years gone by and no doubt it is due to their crowd, as well as their mascot who is certainly animated and entertaining.

I mention Cairns as I’m hoping now that the NBL season draws to an end and club jerseys are replaced with Australian Boomers ones, that basketball lovers in Cairns will come out in big numbers to support the Aussies at the Commonwealth Games.

Great fun being a #queensbatonrelay2018 runner today. Maggie is trying to read the message in the baton from the Queen.

With last season’s Taipans captain Cam Gliddon running out in the green and gold as well as North Queensland local Mitch Norton, we are hoping that Cairns Convention Centre is packed and offering the same support for the Boomers that they show their Taipans.

And we hope we can reward them for their support and passion with victories over Canada, New Zealand and Nigeria in the preliminary round.