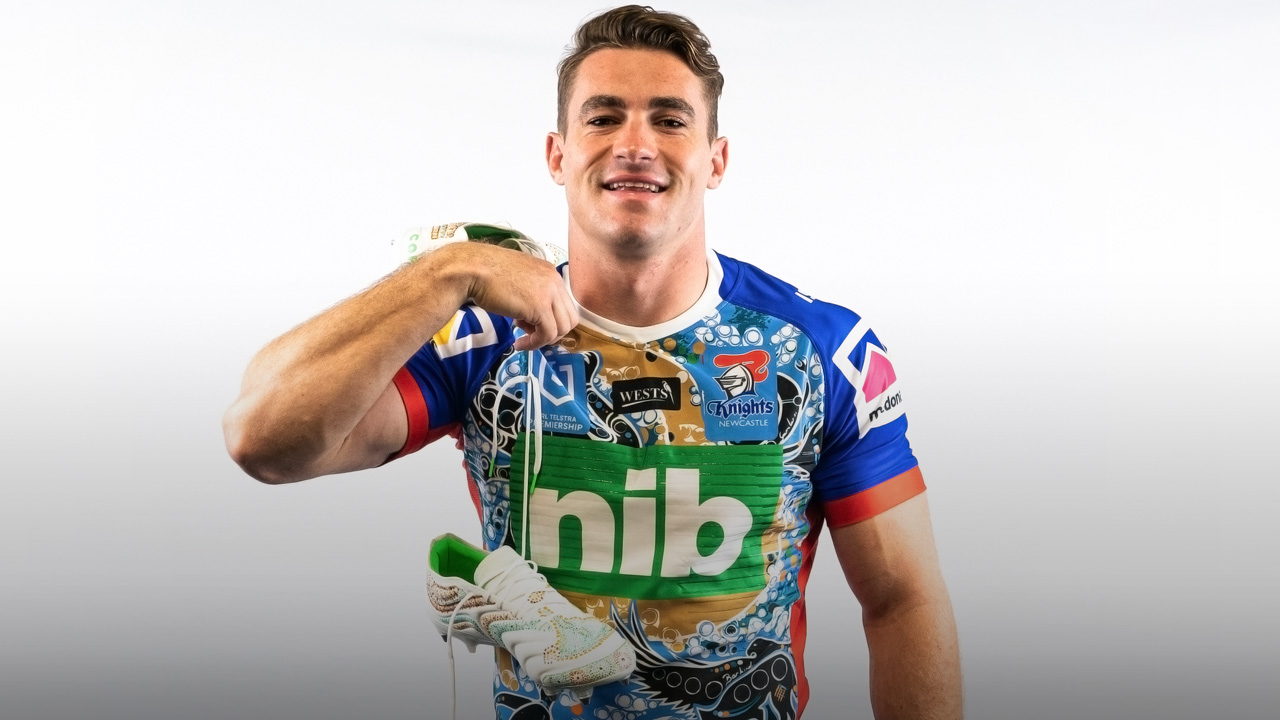 How my family’s fighting back

How my family’s fighting back

Two years ago, my 16-year-old cousin, Parker, took his own life in Dubbo, where I came from originally.

I remember when my mum rang to tell me. I felt numb. I couldn’t process it. It didn’t actually feel real until we went back for the funeral.

We still don’t know why he did it. I guess we never will. Parker had been out that night at a party. One of his friends had gotten into a fight. The circumstances around that may have upset him, or there may have been something else that had been bothering him for a while.

It’s just not clear. We believe there were no obvious signs that he was troubled. But something triggered it.

There are often so many unanswered questions when people take their own lives. I’d last seen him several months before at Christmas and he seemed fine.

At the funeral, no-one seemed able to shed much light on why this had happened.

I went back to Dubbo again recently for my Nan’s funeral and Parker not being there still felt weird.

I’d been trying to figure out my purpose in life. I’m a proud Indigenous person. I’ve embraced my culture from day one. I knew I wanted to do something in that space, but I wasn’t sure what. Parker’s passing narrowed my focus.

I spoke to Mum and Dad and they were already supporting Indigenous charities through their business and had always dreamt of doing something themselves.

We began to work on what is now the Cultural Choice Association link, a non-profit organisation with the aim of raising awareness about and supporting the prevention of Aboriginal and Torres Strait Islander youth suicide.

It takes a while to get something like this up and running, but we’re into gear now and we’ve started raising funds we plan to use to help educate Indigenous communities by running programs at schools locally, then out in the country and more remote areas of NSW.

Places like Walgett, where my dad came from originally. We’d like to go national eventually, but that’s a way off.

The rate of youth suicide in these communities is particularly high and I hate to think of other mothers having to go through what my aunty did with Parker.

If we can give just one kid the tools to deal with difficult situations and not take that awful option, that will be a win for us.

We’ve got some incredible individuals on our board. Experts in business and professionals in Aboriginal and Torres Strait Islander affairs. People with real influence who know how to garner support and get things done. The people at my club, the Newcastle Knights, have become great supporters as well.

I’m 22 years old and I love playing footy, but that can’t last forever. I want to try to make positive change in an area of need.

Working with disadvantaged Indigenous kids and those who are at risk of suicide is it. That’s going to be my life’s work.

WHAT THIS ROUND IS ABOUT

This has been an amazing week for me, preparing for the NRL’s Indigenous Round.

The game itself can’t get much bigger – at home in front of a packed house against my old club, the Sydney Roosters, on a Friday night – and then there’s what this round is all about: highlighting issues affecting Aboriginal and Torres Strait Islanders and celebrating the Indigenous community’s great place in the game.

I spoke to some of the boys about getting their boots painted for the Indigenous round and then auctioning them after the game.

I spend some of my time at Kirinari Hostel and thought it would be a great community initiative if some of the kids there could be involved in painting them.

I always got my boots painted for the Indigenous round while I was at the Roosters. My dad did mine. Guys like Latrell Mitchell and Blake Ferguson had theirs painted as well.

Aiden Guerra was very passionate about it. He saw the painted boots I wore in last year’s Indigenous Round – the first year for both of us at Newcastle – and loved them. Kalyn Ponga and Mitchell Pearce were keen as well.

We ended up getting 22 of the boys involved and that made sure we had whoever was going to be in the 17-man squad covered. We had such a good response with so many pairs, we approached The Glen and Frank Baxter Juvenile Justice Centre to get involved also.

We’re all going to sign the boots and auction them after the game, to raise funds for the Cultural Choice Association and other participating organisations.

Most if not all of the kids involved aren’t artists, but they’ve done a fantastic job and learnt a bit more about their culture along the way.

Initiatives like this make me feel like I’m really starting to get somewhere with my work off the field.

I can’t thank the club enough for how much they are supporting me. It’s not a token thing at the Knights, it’s that one-team, one-town mentality. They’re about supporting the community.

The club’s welfare officer, Dean Noonan, approached me last year to ask if I’d like to get involved in a mentoring program for teenaged kids run by Juvenile Justice.

It involves repeat offenders who have been up before the courts but who magistrates think are capable of breaking the cycle under the right circumstances. They often come from broken homes or have been caught up in alcohol and drug use.

The rate of youth suicide in these communities is particularly high and I hate to think of other mothers having to go through what my aunty did with Parker.

A lot of them have spent time in detention at Baxter or have been given parole orders by the court. Some are living with families, some with friends. I know one who was homeless for six months, just bouncing from house to house. I’m talking about 14, 15, 16-year-old kids.

We started with the program last year and Shaun Kenny-Dowall, James Gavet and Daniel Saifiti are also mentoring boys.

The boy I’m working with is 15. You’ve got to be committed because these kids have seen and heard all the bullshit. They’ll pick up on it straightaway if you’re just doing it because you feel you have to.

We just try to show them examples of a positive way of living and push the importance of surrounding yourself with good people.

A lot of the time these kids are not actually bad, but they start hanging around with the wrong crowd and succumb to pressure to do the wrong thing.

It’s important for them to take responsibility for the wrong decisions they’ve made.

Dean came up with a program incorporating correct sleeping, diet and exercise patterns, to try to help the kids build a positive routine. One of the club’s strength and conditioning coaches has put them through a few fitness sessions on the training field here. They struggle a bit, but they do it.

Some of these kids, they’re just not going to get back into school, even if they want to. They’re pretty much barred.

We try to help them get jobs, which is obviously a challenge when you’re talking about 15-year-olds who are out of school and have been in trouble. But we’re trying.

I got good feedback from Juvenile Justice about the work I did with the first boy. We are getting good feedback about what we are doing with our current boys, but there’s a long way to go. I’ve got to keep being there for him. That’s the most important thing.