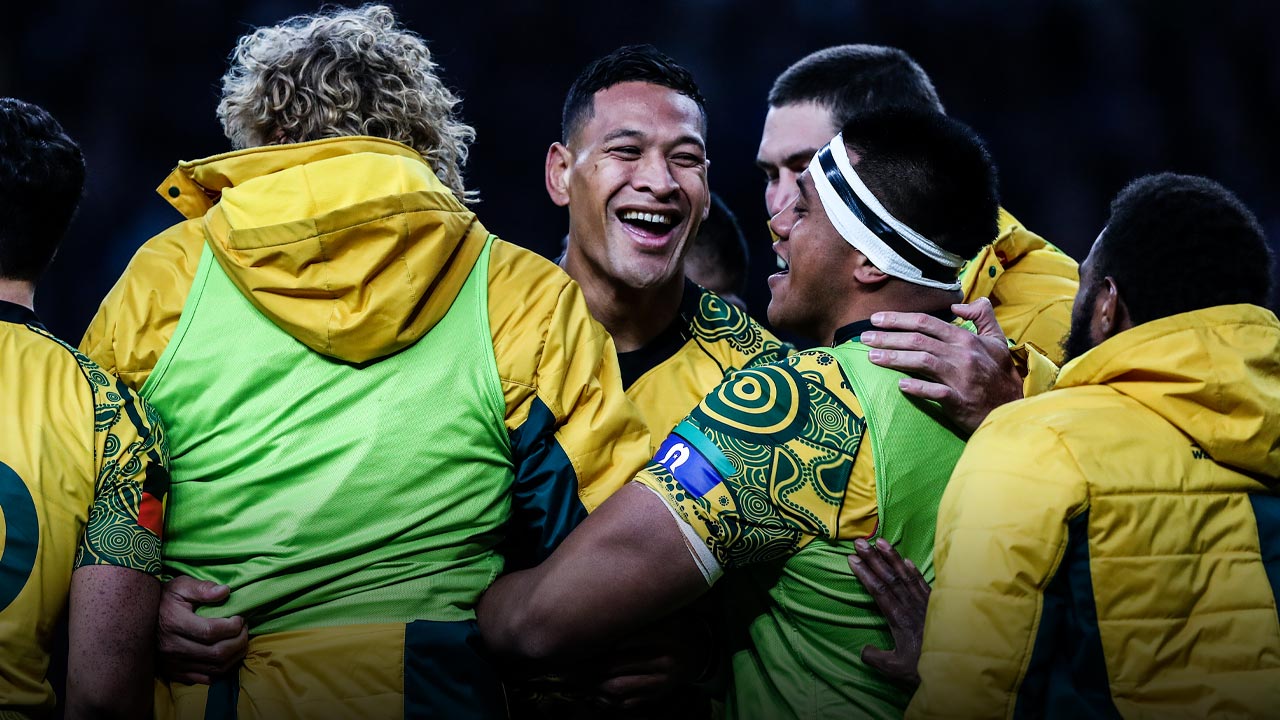 The way forward in Izzy debacle

The way forward in Izzy debacle

I’m a free speech absolutist. Which is to say that I believe virtually all speech should be exempt from consequences enforced by the state.

I don’t believe hate speech should be illegal and it is clear to me that offence-taking is no argument against free expression. I’m only comfortable with speech being illegal when it includes an obvious incitement to violence such that an imminent lawless action is likely.

I’m genuinely uncomfortable when someone loses a job through exercising freedom of speech. I think it should only happen in the absolute extreme cases, when the situation has become totally untenable because a contract has clearly been breached.

And I think that’s the situation for Israel Folau now.

To me the most interesting part of this situation is that it highlights the incompatibility of very hardline, conservative, literalist interpretations of the Bible, and modernity. Here we have really dated religious views expressed by one of the best talents of our time, a once in a generation player, with a huge following.

This feels like a line in the sand moment. Not just for Rugby Australia but sport in general. And society. Are we brave enough to criticise bad ideas regardless of where they originated?

For me, Israel is free to say whatever he chooses, but he is not free to force Rugby Australia to continue employing him if he has breached his contract by promoting views which undermine the organisation’s values.

Radio presenter Alan Jones, in particular, seems to be doing his best to position Israel as a victim, calling the Rugby Australia ruling ‘Orwellian’.

This is nonsense. I’d like to ask Alan if he believes his employer, commercial radio station, 2GB, is obligated to continue employing him regardless of his speech?

Alan Jones could quote from the Bible to lend his support to slavery, torture and murder. Can he continue to do so and keep his job? I think he cannot. And yet this is analogous to the Folau situation in every way. 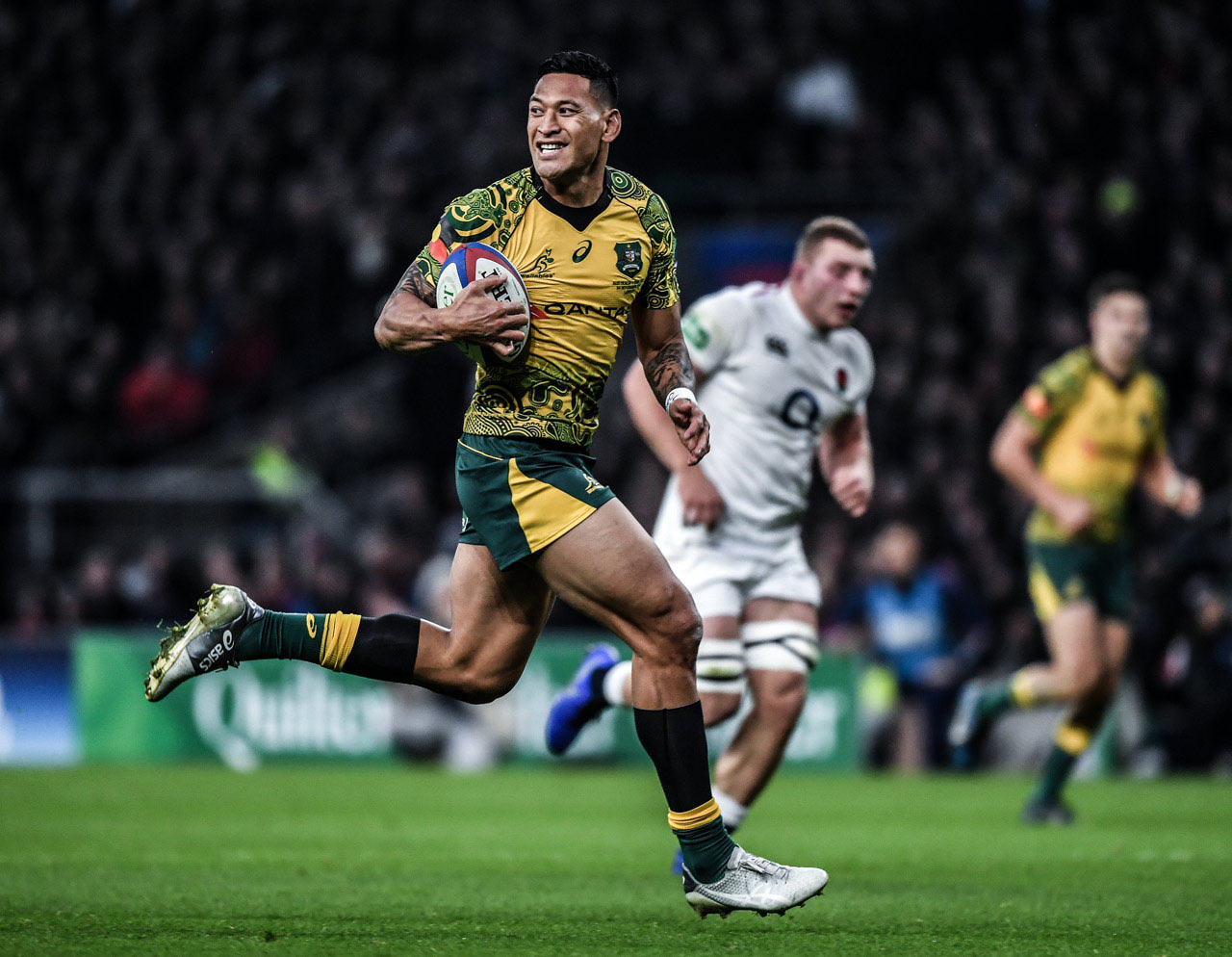 It’s also worth asking ourselves why preserving free speech is paramount to the proper functioning of a free society. The marketplace of ideas requires that viewpoints are given the light of day to sink or swim on their merits.

In terms of the team dynamic, this is an unprecedented event and there will be considerable disruption to the group.

From what I’m reading, you’ve got one group of players stating that if Israel escapes banishment from the game they’ll consider boycotting playing with him.

Another group is saying if he doesn’t escape the ban they’ll consider boycotting on the basis of religious persecution.

Different opinions and ways of seeing the world have always existed in teams, but these ripples rarely become waves due to the team-first ethos which all successful groups adopt.

Social media has highlighted, and perhaps magnified, the differences between teammates like never before.

There should be a distinction between supporting the person and supporting their views. It’s perfectly reasonable for teammates to rally around Israel.

He doesn’t seem to have posted divisive content online for malicious reasons. He’s standing up for what he believes in. While I could not possibly disagree with him more strongly, I do admire the fact that he has the courage of his convictions.

Raelene Castle and Rugby Australia have had their hand forced. Trapped between one of the game’s great talents and the growing discontent of sponsors, stakeholders and fans, they opted to do the only thing they could – take a stand for the values our game claims to represent.

I feel for him as a person. He’s got strange ideas in his head and he didn’t necessarily choose them. He appears to be caught up in a relatively small community of zealots.

He’s not intentionally going out of his way to hurt anybody. He’s just extremely ignorant. I don’t doubt that he thinks he’s being helpful. But good intentions aren’t good enough. You have to have good ideas.

While this debacle will be disruptive to the team, with the right leadership they can work through it. A sense of justice and a respect for process and fairness matters a lot in a team environment. I think it’s important that the group acknowledges that there was a watershed moment last year.

For me, Israel is free to say whatever he chooses, but he is not free to force Rugby Australia to continue employing him if he has breached his contract by promoting views which undermine the organisation’s values.

It’s not as though Israel stepped across the line and wasn’t given a second chance. It’s obvious that the boundaries around his use of social media would have been clearly defined before he signed his latest deal with the ARU.

When he posted the material that has now landed him in hot water he would have been completely aware that he was crossing a line he said he would not cross. And he would have crossed that line with the full knowledge that it would disrupt the teams he represents.

The good news is that, once a final resolution has been reached, the team will adjust quickly. Teams are generally very good at dealing with players coming in, going out; these fluctuations are part of the natural cycle in sport.

Players move clubs. Great players retire. This is a different circumstance but it’s not that unusual for a much-loved member of the group to suddenly be gone.

how to move forward

Balancing freedom of religion whilst protecting the rights of other communities is a tightrope that sporting bodies are ill-equipped to walk. Diversity and inclusion are strategic buzzwords that organisations love to trot out.

The only diversity which matters is the diversity of ideas. Diversity with regards to race, gender and sexuality only makes sense because of the different perspectives which are represented by individuals from these different groups.

The only way to make progress on these issues is through respectful dialogue. People can disagree. But, by bringing these disagreements to the surface, common ground can be found.

The messages should be: We’re all, ultimately, on the same team. We all want what is best for this team. People can still believe whatever they want to. There is no thought police.

But if you sign a contract that outlines the values of the organisation clearly and you contravene those values, then that’s not acceptable. And it has nothing to do with freedom of speech, nor does it impinge upon freedom of religion. This has everything to do with employment law. 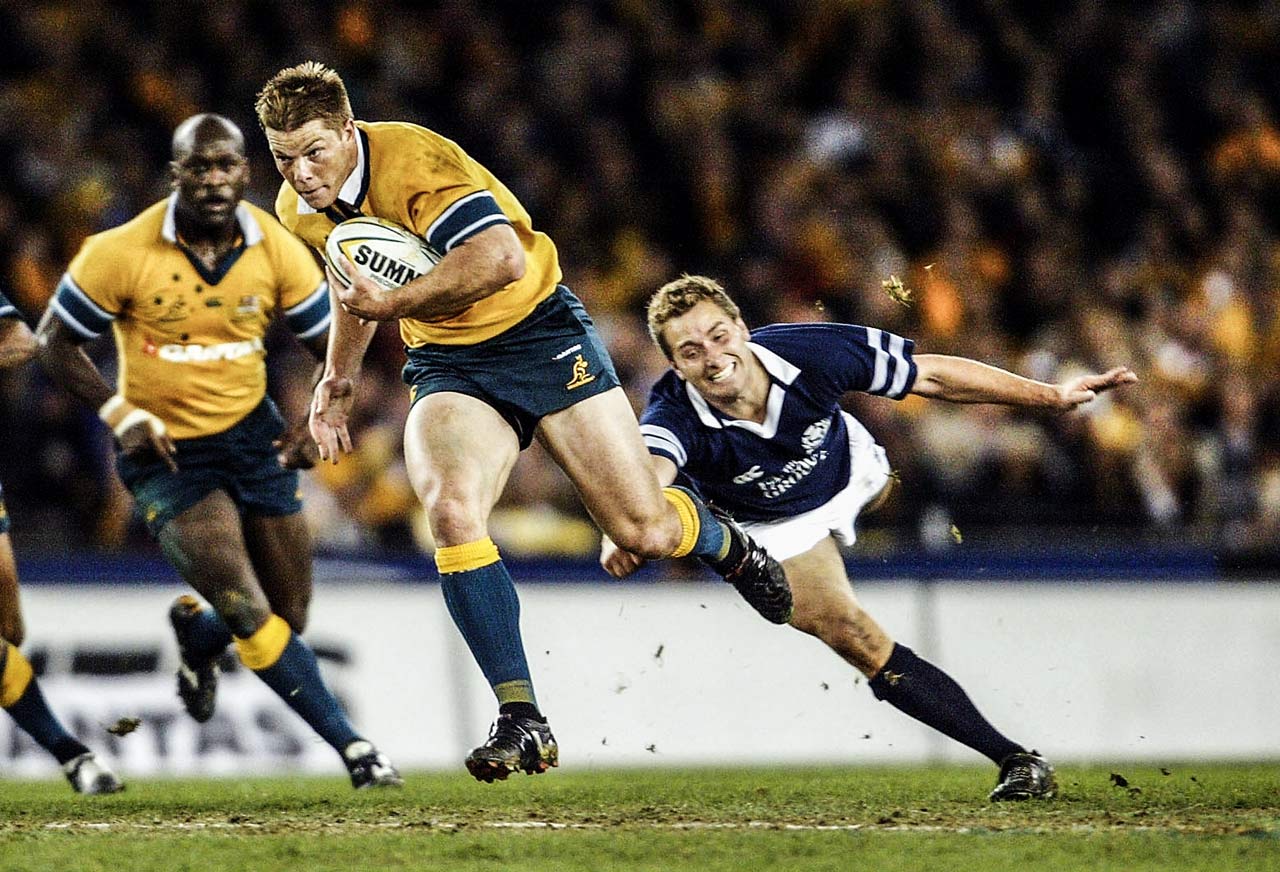 Teammates can agree to disagree and still play good rugby. They can remain respectful of each other. They can put the team ahead of the individual.

It will be a test of leadership. The concern is that everyone arrives in camp and, instead of being entirely focused on performance, they have these unexpected hurdles to get over. But it could all act as a galvanising factor for the squad.

People are going to be forced to understand one another better. There will need to be a general acceptance that in the team environment, the team comes first and that you can’t do things that are highly disruptive to the group.

When the dread sets in

It doesn't matter where rugby takes Ned Hanigan, he's always looking up the weather in Coonamble.

‘Who is this redneck?’

Alex Newsome had just signed his first Super Rugby contract when he tried out bronc riding for the first time. When he posted the video on social media, his new teammates were shocked.

You’ve just got to be ready

When Paddy Ryan left Super Rugby he wanted to play in Europe. Instead he took the road less travelled to Major League Rugby in the US.