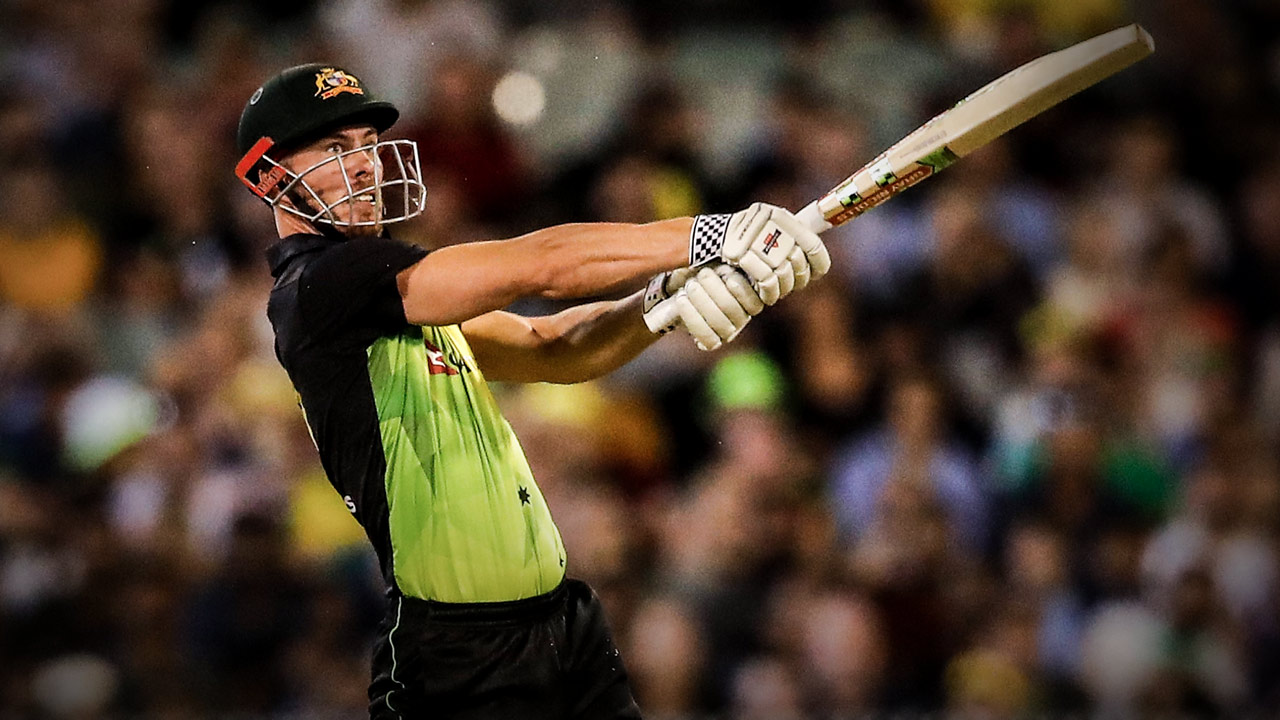 How I really feel about the baggy green

How I really feel about the baggy green

Getting selected for Australia again was a big relief after what happened in February.

When I did my right shoulder at Eden Park, playing in a T20 final against New Zealand, it made me sick in the stomach.

I thought I was cooked.

Having had two recons on my left shoulder, which I’ve dislocated four times, I thought my career was in serious trouble after popping the right. There were a couple of dark days afterwards. I’d worked really hard to throw with my right arm while my preferred left arm recovered from the last recon. Suddenly I’m thinking, ‘Right – I’m weak on both sides now.’

I can’t dive in the field anymore because I’m at too much risk of putting the shoulders out. Mentally, that’s tough, because I’m so competitive that I want to dive for that ball and save every run I can. I also can’t bowl.

You don’t want your team to have to carry you in the field. Then I’m putting more pressure on myself when I go out to bat, thinking that I’ve got to make up for those couple of extra runs that I’ve let through.

Right now, the body is really good; touch wood it keeps improving. I’m working to get my throwing close to 100 per cent again, but it will never totally recover.

Scoring a lot of runs in the JLT Cup put my name back in the pecking order to play these upcoming T20s against Pakistan, and hopefully also a lot of one-day cricket for Australia. I got into that nice space with my form where I was on autopilot. When you’re in good nick, you walk off the ground after getting 50 or 100 and you don’t really remember how you did it. It just happens.

Hopefully, I’ll ride this current form, stay on the park and be a good chance for the World Cup squad.

Despite having to miss the CPL final for Trinbago Knight Riders, the JLT Cup was always in my plans for exactly that reason. Australian colours take priority over T20 franchise cricket and making next year’s World Cup is a big goal of mine. It’s nice to have some early runs on the board.

There was plenty said about my career priorities last summer, when I decided to stop playing long-form cricket for the time being.

Here’s where I’m at right now.

I still want to play for Australia. Because of my body, it’s just in the shorter formats for now.

But there are opportunities to play Test cricket through one-day cricket, as we’ve seen from Aaron Finch in the current Pakistan series and Dave Warner in the recent past. That different path is favourable for me at the moment rather than going through Sheffield Shield.

Giving serious consideration to long-form cricket is about 12 months off. If I do score plenty of runs in the one-day format, you never know – an opportunity may come.

I’d never burn a bridge or say no to playing Test cricket, that’s for sure.

It’s easy to jump on and say, ‘Chris Lynn is rejecting a baggy green’. I just know how my goals and dreams sit against reality, and I think that’s very important. I’m the only person who knows my body exactly as it is.

The worst feeling in the world is playing day one or day two of a Sheffield Shield game and not being able to compete on days three and four, because of your body letting you down.

There’s plenty of short-format cricket coming up for the Australian team – one-dayers as soon as we get back from the UAE. I want to keep banging the door down for selection and score runs in green and gold. I’ve still only played one ODI for Australia.

Until this season, I’d only played six one-dayers – at any level – in the last four or five years, thanks to injury. I’ve got to get my body used to that time on your feet, because I’ve pulled up quite sore in a couple of JLT Cup games; it’s taken me a couple of days to come good.

It’s going to take time to have that consistent fitness for 50-over cricket, let alone long-form.

If I do score plenty of runs in the one-day format, you never know – an opportunity to play Test cricket may come.

I want to play consistent one-day cricket for Queensland and hopefully Australia. I want to play Twenty20s for Australia and then with the Big Bash, I’ll have a lot more games; more time in the middle, more time on my feet, all aimed at getting stronger again.

Every bit of time on the field is invaluable and hopefully it makes long-form cricket a viable option a year from now, when I’m ready to make that call.

It will be interesting to see who stands up as an Australian player in the immediate future, with Steve Smith and Dave Warner out of the team. Their absence will obviously be felt, given how many runs both of those guys have scored over the years.

Steve and Dave are both serious players and I have no doubt that they’ll get back to the highest level.

Everyone’s fucked up in life somewhere along the way. They haven’t killed anyone.

They should be welcomed back into the Australian team once they’ve served their suspensions, in my opinion.

Seeing one of my best mates, Phillip Hughes, die from playing cricket changed my attitude towards the game.

I used to get so nervous and wound up before games. Now, I just go out and have fun. We get upset when we get a duck or drop a catch, but it’s like, ‘Fuck – look at the bigger picture. We’re playing cricket. It’s just a game.’

As much as I want to play for Australia wherever I can, I think of it as a bonus.

A lot of guys live for the baggy green, live for playing for Australia. Yes, I love doing it, but it’s not the end of the world if I don’t.

Cricket’s given me a lot of opportunities, but you’ve got to appreciate who’s gotten you there as well – your mates and your family.

You’ve got to make them a big priority. You’ve got to live life. If you focus purely on cricket, you miss a lot of things; a lot of experiences and important life lessons.

I’m just grateful to walk out on the cricket field and do what I love for a living, whether it’s for Brisbane Heat, the Bulls, Australia, whoever – I take it as it comes. I love hitting the ball over the boundary and into the crowd. It’s the greatest feeling in the world.