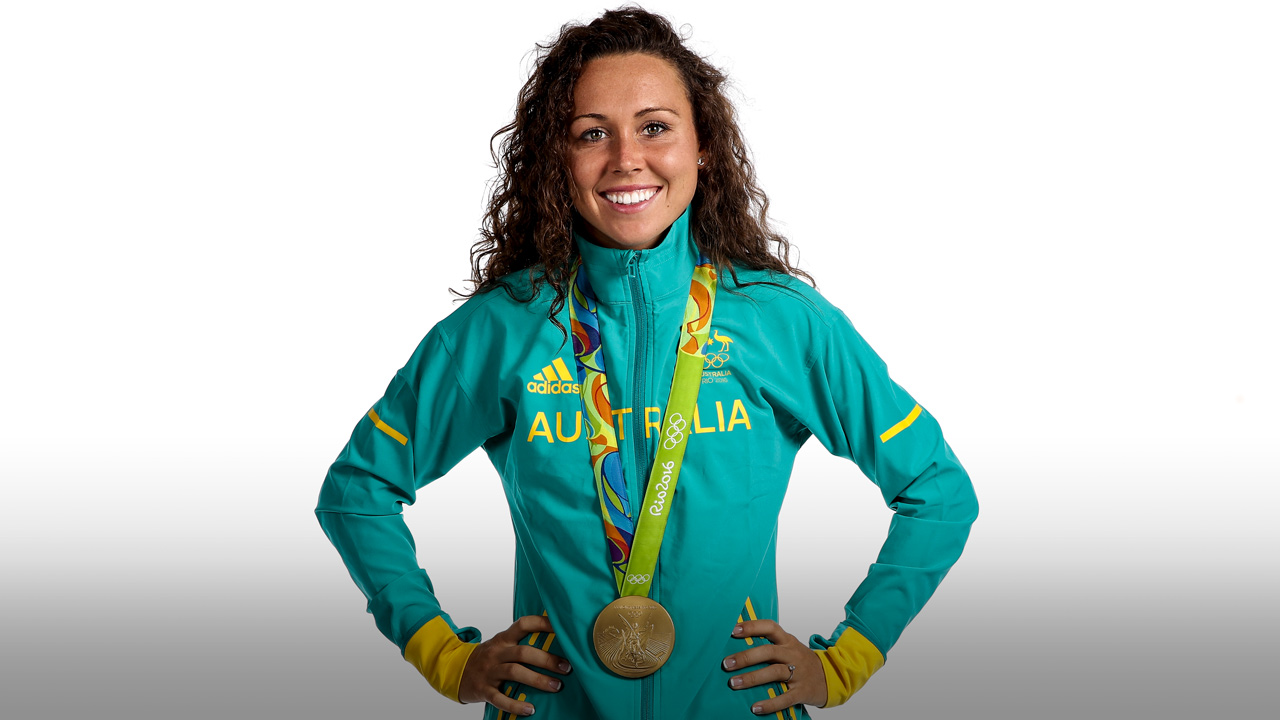 All the times I could’ve quit

All the times I could’ve quit

Pentathlon isn’t massive in Australia. If you want to compete at the top level, you need to go where the competition is.

For me, that meant going all the way to Europe and then moving around a bit once I got there. It’s not as simple as saying, ‘as soon as I’m in Europe everything will fall into place and I’ll be a chance for the Olympic podium’. It’s much more complicated than that, as I discovered.

Looking back now, it’s amazing how many times I came close to quitting. I lived in three different countries across Europe before it finally fell into place. Everywhere I tried to set up a life, everywhere I travelled to compete, there were moments of doubt, setbacks and challenges – and the pull of home was always so strong.

I guess I learned that it’s as much about the journey as the destination. And my journey to Olympic gold was pretty bumpy.

I was only 20, but I went to London in 2012 thinking this was going to be my first and last Olympic Games.

It was costing Mum and Dad a lot to support me as a pentathlete and they loved doing it, but I imagined I would come back to Australia and do something different, maybe go to university.

Pentathlon didn’t feel like a career option at the time, even after my dad told one of our associates he thought I could finish top 10 and I started to wonder about the possibilities.

I went well in London. Seventh! As soon as I crossed that line, all the thoughts I’d been harbouring about retirement just vanished. I said straightaway, ‘I’m going to Rio, and I’m going to be on that podium’.

It was easier said than done. In fact, it was a constant battle. Fencing was my weakest event and that was so tough. There are 36 girls in a pentathlon final, so we each have 35 bouts. In those days, when I got hit I used to go into a hole. I’d get really upset and I wasn’t able to get out of it, I just thought they were going to keep hitting me and I was going to keep losing.

I’m not an aggressive person, I don’t like confrontation at all, so I had to build up that fighting instinct that a lot of the other girls had. After London, one of the goals I set for myself was to improve my fencing. I sat down with Dad and we decided to move to Europe fulltime. To be the best, I needed to be around the best.

I lived in Barcelona for a year. Why Barcelona? I had friends there, I had trained there before and they had a really good training centre and a good fencing coach. Dad said, ‘Stay there for a few months and see how it goes’, but it probably wasn’t the best idea.

First time training away from Dad, first time away from home … there were distractions. It’s not like I didn’t train, but at the weekends there was a lot of partying. My results didn’t really improve.

It is natural to want a social life when you’re 21, but I think I took it to the next level. It was the first time I’d had that freedom. I did a few competitions that year, but not many. It was a big learning experience and it felt like I had lost some of the momentum I’d created in London.

In September 2013, I decided Barcelona wasn’t the right place for me. My fencing had improved a little, but my other disciplines were going backwards. I needed to get home and regroup with Dad and decide what I wanted to do.

I thought about giving up at this stage, but it felt like I had unfinished business with Europe. And besides, there were other things going on in my life at that time.

It is natural to want a social life when you’re 21, but I think I took it to the next level. It was the first time I’d had that freedom.

The best thing that happened to me in Barcelona actually had nothing to do with pentathlon. It was where I met Matthew.

At first we were just friends – he had come out from England to Barcelona to visit a mutual friend and we got on really well. I just thought he was lovely and funny. After that first trip we spoke every day and I didn’t think anything of it, but then four or five months later he came back over and that was when it hit me that we might have a future together.

When I made my next move in Europe, it was exciting to know that he wouldn’t be far away.

We did it!!! From having a terrible start to 2018, questioning myself whether I was really doing the right thing… I can say YES and YES 100 times over. Pushing through those dark days to get moments like this is why we continue to do it… when they say you come out stronger you really do come out stronger! Couldn't have done it without my amazing team. First Australian ever to win gold at a World Cup. What better place to do it than at my home away from home! #worldcup3

When we moved from Spain to Italy, it wasn’t just me that was discovering a new country. The whole family came along for the ride.

After London 2012, my little brother Max had started pentathlon too, so Mum and Dad decided to move with him and join me in Italy, where Dad had set up a new training environment.

They stayed for about eight months and the training was excellent there. It was just a pity I couldn’t take advantage of it.

I’d only been in Italy for about two months when I started getting really bad plantar fasciitis (inflammation of the heel). I still struggle with this today, but it was a lot worse then. I couldn’t run or fence for three, maybe four months. I had cortisone injections and tried a few other things, but eventually we just decided I should go back home and get it sorted.

I wanted to give up. I just didn’t want to carry on and Matt often reminds me of all the times when I would just lose it.

I wanted to give up. I just didn’t want to carry on and Matt often reminds me of all the times when I would just lose it. According to him, the first week I came home to Australia I was alright, but then there was one day I just broke down and started crying.

It had been a year, maybe longer, since I’d had any good results. There are five disciplines in pentathlon and I hadn’t been able to train for any of them properly. I had lots of negative thoughts – ‘maybe I should just give up, I shouldn’t be doing this, I’m not doing the right thing’.

Looking back, I’m so grateful to my support network for helping me get out of that hole. I’m really close to my family – I guess you have to be, living with them 24/7 – and Matt too had moved to Australia by then. He also helped me a lot.

It was about a year until the next Olympic trial, and Dad said, ‘Let’s see if we can get to the next trial. You’ve come this far already, let’s just give it a good crack’. And when I asked him how we were going to do it, he said: ‘Let’s try Hungary’.

In August 2014 I was ready to go back to Europe, my injury had cleared up – we moved to Hungary and I’ve been training there ever since. It was the best decision of my career.