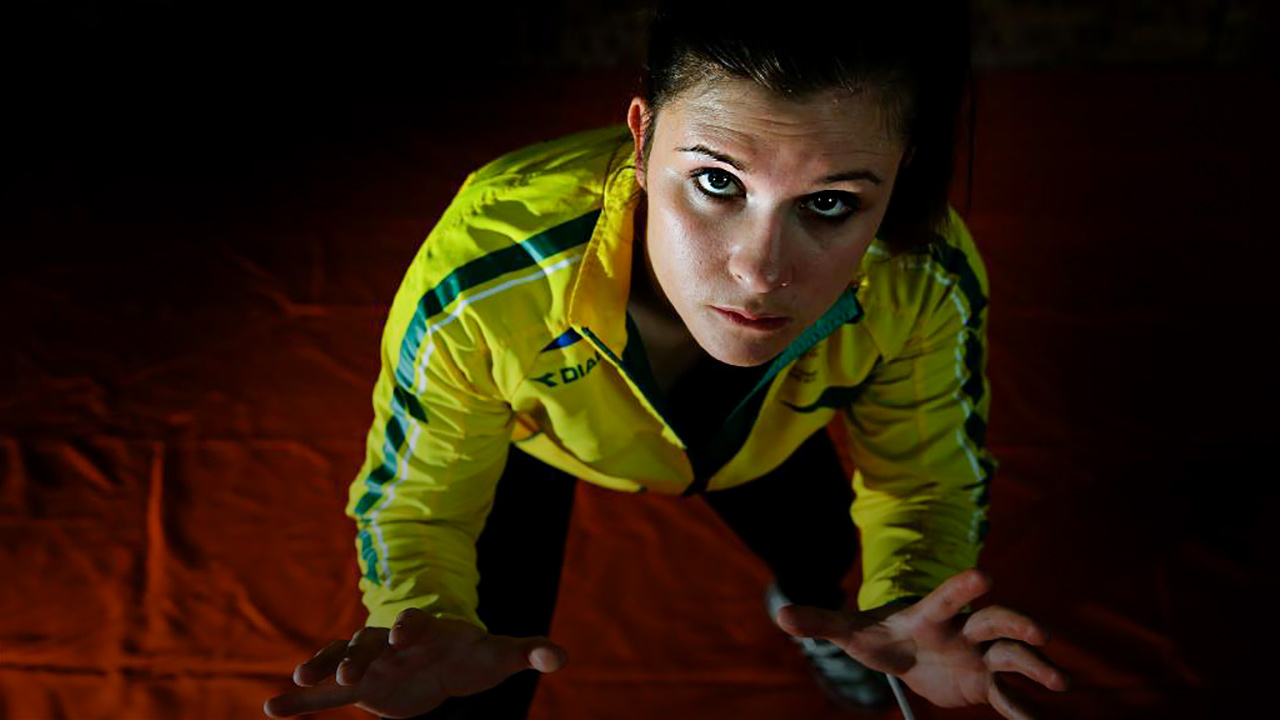 She hops out of the car and she freezes.

She has a shocked look on her face and I can tell she’s thinking, ‘I know this girl’. I know exactly who she is too. She was one of my bullies from primary school, and there she is, all those years later, coming into my gym.

Let me go back in time before I tell you the rest of that story.

When I was nine, I was bullied at school. It was one of the hardest things I’ve ever gone through. To this day, the trauma still scars me. I was spat on, I was called names and I even got pushed down the stairs. I actually still have physical scars on my legs from that incident, which I always cover by wearing long tights.

Don’t get me wrong, I’m a very confident person and I’ve come a long way. These days I wrestle some of the toughest women in the world. But the scars from my childhood hurt a lot more than being flipped over and pinned.

Why did the kids in the schoolyard pick on me? People ask me that all the time and I still don’t know the answer. I guess kids being kids, they always want to pick on the most vulnerable one in the crowd and I guess I was that person. I was very quiet and reserved and they knew they could target that.

People also ask me why I didn’t tell anyone, but I guess I didn’t feel like I had a voice. I was too afraid to tell my parents, my brother, my teachers, anyone, because the bullies threatened me and said that if I told someone, something terrible would happen to me.

I believe that everything happens for a reason. And around that time, my brother Justin introduced me to wrestling. I was a dancer at the time. That’s all I knew, and that’s what I wanted to be. But my brother was like ‘just do it, you might have fun’.

Pretty lucky to have this fella as my brother. He’s a great support, photographer, training partner and still puts up with all my crap after all these years! This photo pretty much sums up our relationship ? Photo: @michaelboatengvisuals #Brother #Wrestling #Family

SICK TO MY STOMACH

I could barely run 100 metres in primary school and came last in every school cross country. In my first wrestling session, I ran three laps of the mat and then threw up.

It was actually really funny. I was training at Cabramatta PCYC and when I needed to throw up, I couldn’t find a bin and I couldn’t find the bathroom. There was actually an election that day, and everyone had the pleasure of watching me throw up in front of them on the floor.

And then I pretty much ran away. I was like, ‘Yeah, I’m not doing this again’.

But my brother was like, ‘Just give it one more shot. If you don’t like it, you don’t have to return’. So I came back. And in my second session, I beat a boy. I was like, ‘This is OK. I like this. This feels really cool’.

I still have scars on my legs from a bullying incident, which I always cover with long tights

A year later, when I was 10, I won the nationals. That’s when I went, ‘You know what: I’m pretty good at this’. I just kept moving on from there, and I guess as the years went on, I found a family through wrestling, a community that I was accepted in.

It was a place where I felt safe, where I had fun and where I didn’t have to prove to anyone else that I am amazing at this or that. It made me so happy.

And now here I am all these years later putting in the hard yards in the lead-up to the Commonwealth Games.

My life is training right now. Each day I’ll wake up at around 6am and go for a 6km run, have my breakfast, then do a strength session with a lot of Olympic lifting. Then I’ll have a rest in the middle of the day, followed by another training session at night. So there’s generally about six to eight hours worth of training a day.

I take training very seriously. Whether it’s blood, sweat, tears or crying, I almost do that every training session. Back in September, I managed to give myself a cauliflower ear, a black eye and completely popped my elbow out tearing both collateral ligaments and tendons. I popped it back in place myself.

A short while later I was in Melbourne when I dislocated my elbow again. I was teaching my brother’s wrestling class when I went to do a handstand and it popped straight out in front of my class. I popped it back in myself again but I was like, ‘Shit, this might be it for my Commonwealth Games hopes’. This was in October, three weeks out from the Comm Games qualifiers.

But I’m a very stubborn person and I was like ‘yep, this is what I can do. I can strap it up, keep doing what I’m doing and make it to the qualifiers’.

When the qualifying came along, I had a lot of weight to cut. I went from 63 to 53 kilos in a matter of two weeks. When I won my quarter-finals and finals pretty convincingly in under a minute, I left with the biggest smile on the face. What doesn’t kill you, makes you stronger.

I couldn’t think of a better place, a better spot or a better event to do it at.

I’ve given up so much in my life these last four years to make it to these Games, and nobody really understands how much. I’m not asking to be bowed down to, or anything like that. I just want to try to enjoy every bit of this experience, and when I have that medal around my neck, I’ll know that I have given everything leading into that moment.

Because of my positive experiences in wrestling, I wanted to give back, and the best way was to join the fitness industry, to help people feel that acceptance and find that place where they belong.

In my most recent job I’ve been a wrestling coach at the UFC gym in Wetherill Park in western Sydney. It’s been great because everyone there is really supportive of my endeavours and of my wrestling career.

I just got the role as UFC gym manager at Parramatta, so as soon as I’m back from Commonwealth Games, that’s where I’ll be headed next, trying to juggle work and training. But that’s everyday life for me. I’ve always been known as a busy bee, and that’s the way I keep myself productive.

I was working at another place in Wetherill Park when I met the former school bully from my childhood. I’d just moved back from Canada, when one of my clients brought a friend along to my boot camp.

The friend was the bully.

After our eyes met, she ended up coming in anyway and joining my boot camp. She ended up staying in my boot camp until I left that workplace, so I must have been doing something right. It’s a great example that the world works in funny ways.

To this day, she is one of my biggest supporters. She’s no longer my client. I see her here and there and we’ve had some conversations even though we’ve never brought up the past.

She’s always checking up on me to see how I’m doing. She’s always sharing and liking my Facebook posts or leaving comments like, ‘Oh my god, that’s amazing, congratulations’. And when I qualified for my first Commonwealth Games, she was one of the first to congratulate me.

She has never apologised for what she did. I didn’t demand her apology or treat her different to anyone else. But I think her support for me is her way of trying to show that she has changed.

I WOULDN’T CHANGE A THING

Looking back, I think the experience I went through with childhood bullying was horrific, and a dark time in my life.

Be brave. Be silly. Be your own kind of magic. Be present. Be full of surprises. Be adventurous. Be kind. Be free. BE YOU ❤️

I’ve had a lot of people in my life saying, ‘You’re not good enough’.

But I totally believe that there is a place for everyone in this world. And if there’s not, you can at least be the kind of person to make other people feel accepted. I think that’s a huge thing because you never know what other people are going through.

She has never apologised. But I think her support for me is her way of trying to show that she has changed.

The best thing about finding a good community is that’s only going to lift you higher as opposed to influencing you negatively – whether it’s wrestling, a dance group, a reading or poetry group, whatever.

And when you do feel that acceptance, hold it and treasure it. It’s something special and you never know where it’s going to take you. As I’ve said, I believe everything happens for a reason, but you’ve got to take that first step.

And when you do, it’s going to open the door for everything else.