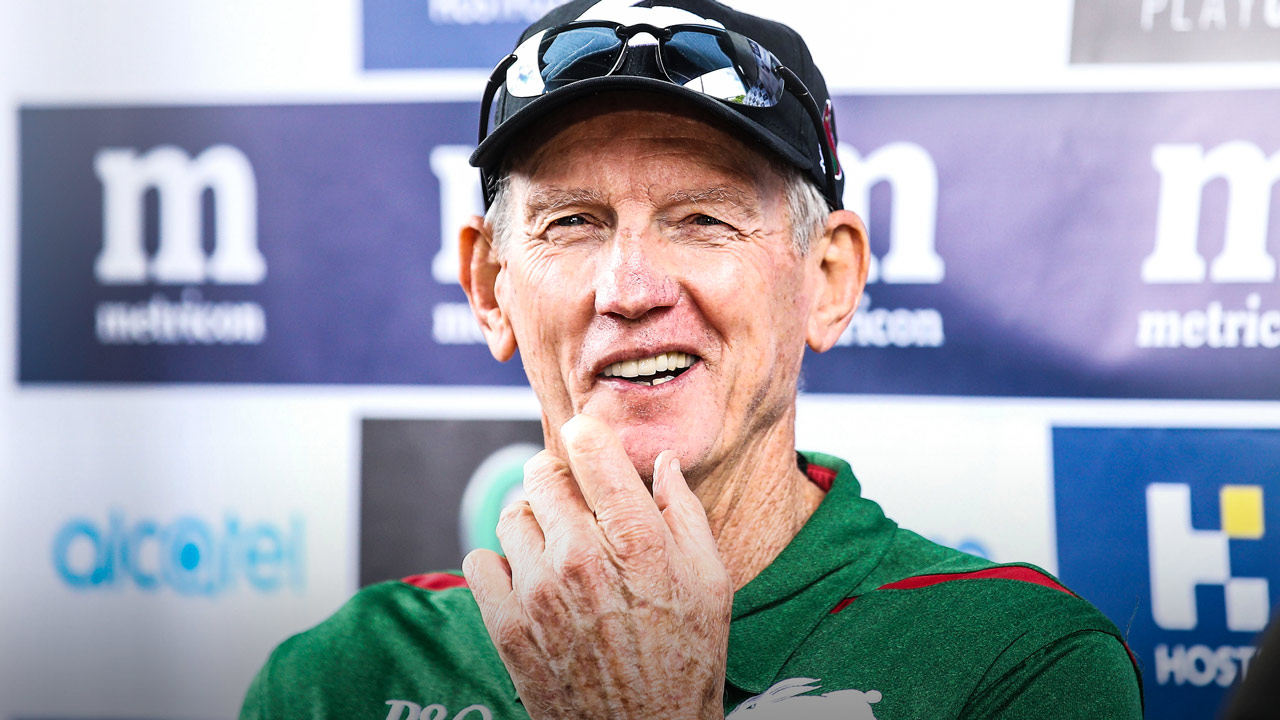 What Bennett told the Bunnies

What Bennett told the Bunnies

We have a team barbecue on Tuesday mornings in between training sessions.

This week, it coincided with Wayne Bennett’s first day on the job and gave him a chance to address the players for the first time. One of the first things he told us was that he believes he can take South Sydney to a premiership if we’re willing to buy into the way he does things.

Put in the hard yards. Have an open mind about our footy. Be honest and accountable with each other. Make the genuine effort and real commitment it takes to be a successful club.

He said in the short term he wasn’t going to change too much and would observe how we did things at training. If he felt he had to alter something immediately he would step in, but overall he was going to assess what we did well and identify where we needed to improve.

He said he was all about creating the environment that gives you the opportunity to become the best footballer you can be. And he told us how excited he was to become a part of the club. He mentioned his admiration for the Rabbitohs over the years. It was clear he didn’t take his responsibility as coach of such a famous club lightly.

I was listening closely to what Wayne had to say and I was impressed. He’s very convincing, the way he talks, the way he presents himself. He definitely has an aura about him.

There were plenty of questions and speculation thrown out there by the papers, surrounding who was going to coach us next season. As players, you’ve got to put the blinkers on and plough through it as best you can.

The club handled it very professionally. They always let the players know of developments that were about to become known publicly. It didn’t bother me a great deal. Pre-season is all about getting your body fit and ready to go for the season ahead and we were all focused on that. I think we all assumed the coaching situation would work itself out.

Anthony Seibold was taking training sessions along with the assistant coaches for a few weeks. He was focused on getting the best out of every session, the same as us. When it was time for work, it was business as usual.

It all came to a head on Sunday.

That’s when Seibs did a ring-around of all the boys to say he’d be heading up to Brissie and would be there by Monday. Wayne was obviously going to be heading in the opposite direction.

I was listening closely to what Wayne had to say and I was impressed. He’s very convincing, the way he talks, the way he presents himself. He definitely has an aura about him.

It was good of Seibs to make the effort to contact each of us personally. He cares a lot about his players as well. It was a bit sad we weren’t able to meet with him to send him off, but I was glad to have the chance to speak with him.

He wished me well and I wished the same for him.

It’s up to the club to make decisions on coaches. It’s up to us as players to get on with our job. Shane Richardson addressed the players on Monday and told us Wayne would take charge the next day and for us it was all about moving forward from that point.