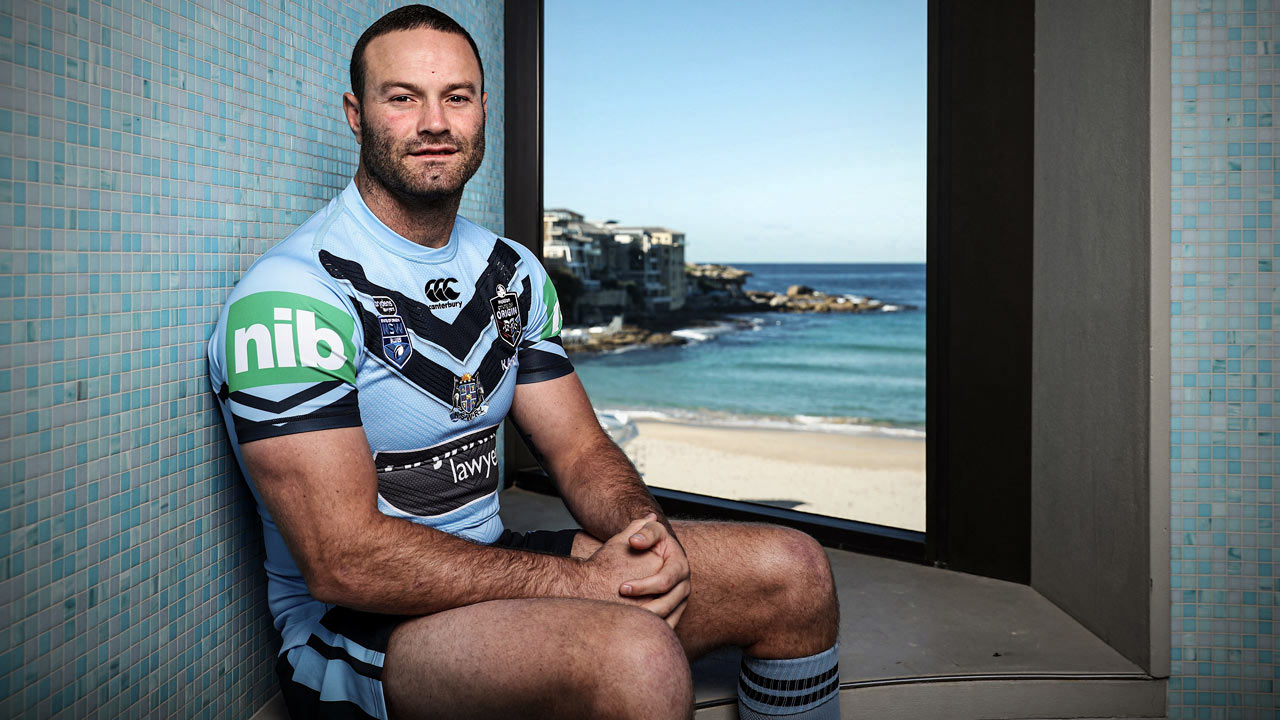 Big moments you must win

Big moments you must win

I played plenty of Origin as a kid. With my brother and friends in the backyard at Old Bar.

You always wanted to run out pretending you were playing for the Blues. But there was usually a fight about who got to play for who, and if you ended up being Queensland you’d be pretty angry.

My older brother Dane usually got to decide the teams. It was a bit of whatever he says goes when we were younger. We were pretty scared of him!

It was all about footy. We’d play our games on the weekend. Then we’d go and watch our first-grade team play and we’d still be playing footy on the sideline.

After that, it’d be off to one of the boys’ for a sleepover and to play some knee footy in the lounge room. It was our life and we couldn’t get enough of it when we were kids.

I was a Sharks supporter back then but Origin was what brought the family together. It’s 14 years since NSW won back-to-back series and I remember that time – 2003 to 2005 – when we won three in a row, clearly.

It was a great time for NSW and every time Origin came around you’d get really excited. You’d go to school that day and it’s all anyone thought about.

I’d be watching at Nan and Pop’s house or at one of my aunties or uncles’. Wherever we decided, there’d always be a big crowd around the telly.

I’d be wearing a Blues scarf or a hat. All of my family were patriotic Blues supporters, so the house was always full of blue.

No matter what happened in the game, I usually I couldn’t get to sleep afterwards.

I was born and bred to hate Queensland and that was with me from a young age. So if we lost, I was in the worst mood. If we won, I’d be that excited that I couldn’t get to sleep.

I was 10 in 2003 and my strongest Origin memory is from that year. The Blues kicked off to start the match and Danny Buderus raced down and put his body on the line in front of Shane Webcke and almost got him in-goal.

It made a huge impression and to this day is still one of my favourite Origin moments. I was hooked.

Bedsy, who’s our assistant coach now, was the captain at the time and the first Origin player I ever met, a year or so after that Origin moment.

Our team took part in a comp called the Danny Buderus Shield and we won it. We went down to Newcastle and I was lucky enough to get a photo with Bedsy and the trophy, when I was 11 and 12.

To this day, we talk about that photo.

He’s just a really good guy. What he’s done on a footy field is impressive but it’s more than that. The respect he has in the playing group is enormous and, if anyone knows what Origin is about, it’s Bedsy.

YOU DON’T SET OUT TO BE A LEADER

It means the world to me to be the Blues’ captain. As a kid, all I ever wanted was to play one NRL game. The dream was also to play for your state and pull on the blue jersey. To be captain of my state is pretty surreal.

Even being talked about as being a NSW captain, before it happened, was humbling. To get that opportunity to lead the boys out is a crazy feeling and not something I ever take for granted.

Why me? That’s a question for Freddy and Laurie.

As a young guy you don’t set out to be a leader. I think it’s just something you are born to do. It’s how you are shaped as a young kid, how you are brought up, the lessons you learn. It’s a reflection of my dad and my family back home.

It’s not something I set out to be – a leader – it happened naturally for me. I don’t know why me, but I do what I do every day and turn up with an attitude to always get better, be successful.

My dad Chris is still the number one guy I go to for advice. As a kid, he taught me everything I knew. When I first moved to Sydney, I was always on the phone to him and that’s continued up until recently where I’ve become a bit older and sorted out how to fend for myself a bit.

But whatever I need, he’s there to pick up the phone.