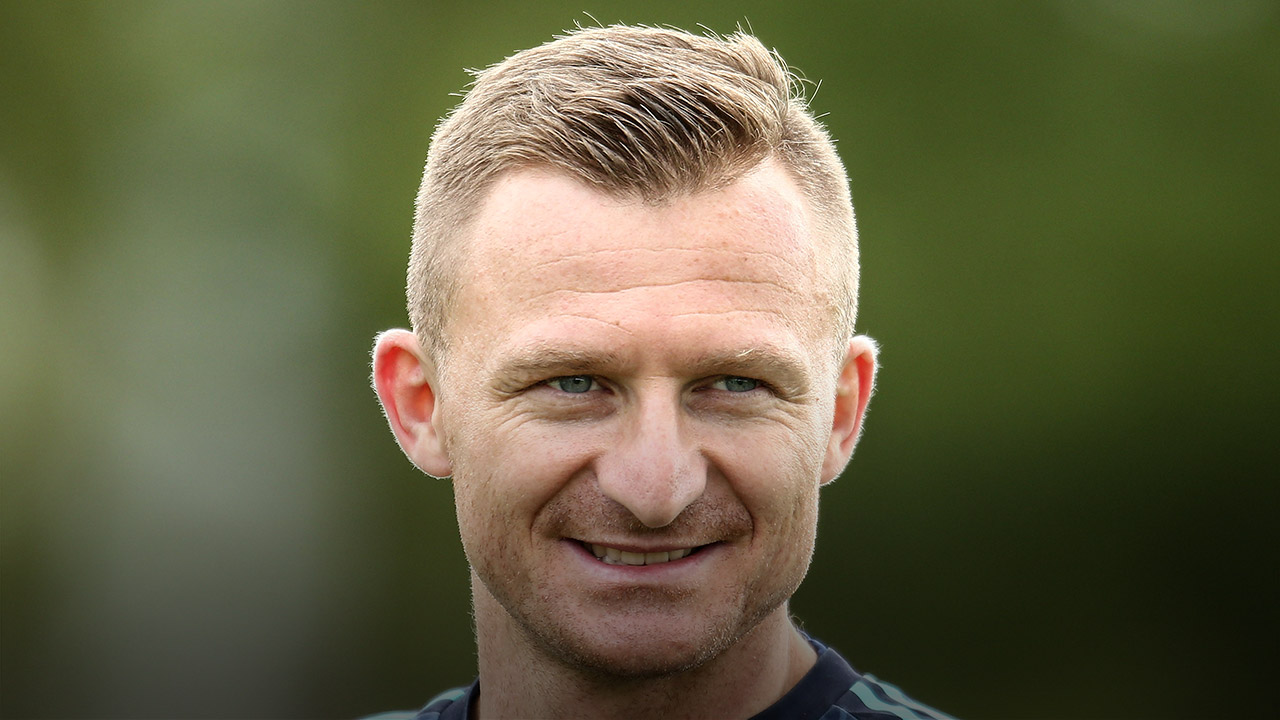 In the morning, before I go to Melbourne Victory training, I listen to my Frank Sinatra album while I have a coffee.

I like many of his songs but one of them especially means a great deal to me. My Way. Because when I listen to it, it reminds of how I have lived my life and the journey I have taken.

I remember my family leaving Kosovo for a better life, with nothing in our pockets. I remember arriving in Berlin and having to rebuild a life from nothing. I remember the first time I got money from playing football, and how it helped support my family. I remember so many ups and downs along the way.

I’ve achieved a lot as a footballer, especially in Australia, but every time I go to training I have that same desperation to win and to be the best.

I can never have enough. I’m always hungry. That’s how I’ve lived my life. My Way.

THE LONG WALK FROM PRISTINA TO BERLIN

I don’t remember much of my life in Pristina but I know it was tough for my family. There was no work and not much money. My Mother and Father, Hamide and Selim, saw the opportunity for a better life in Germany and decided we had to leave. I can’t imagine how they must have felt at that time. It was such a huge decision.

We packed what we could and left. The trip was not easy. We drove part of the way, then some of it was on buses but a lot was on foot. This is something I haven’t shared publicly before – as a five-year-old, I walked at least 1,200 kilometres to reach Berlin. I think that could be why I’m able to run so far today.

It was the only option. We didn’t have the money to do it a different way. Obviously my Mother couldn’t carry me and my older Brother, Besim, who was seven. It was a long march. They were some tough moments. We were just trying to survive and find a better life.

There was a stage, I remember, being so tired but we just had to keep going. I was just a little boy. I couldn’t understand why we had to walk so much. But I knew that was what my parents wanted to do.

It’s one of the experiences that makes me who I am. I don’t know if I would have the hunger that I do now if I hadn’t had to walk across Europe with my family.

My parents don’t talk about that time very much. But we still remember it.

LIFE AS A REFUGEE IN BERLIN

Pristina was a little town in comparison to Berlin and we arrived in this huge city with nothing.

It was not long after the wall came down and we moved to the eastern side of the city in a one-bedroom flat. There were so many refugees. It was really tough for a lot of people because there were not many rooms available for families to live.

The people in Germany were amazing. They welcomed the refugees and helped them financially, helped them get on their feet.

My Mother and Father did not speak German initially and we had to climb our way up from the bottom. Like every refugee, they were not allowed to work at first.

When opportunities came up my Father worked so hard to provide for us, doing whatever jobs the Germans could give him. I saw that as a young child and learned from it. As a footballer, I wanted to achieve something and help the family.

My Brother and I were able to go straight to school, to get an education and integrate into a new country. Today, I’m thankful for that. As a child, I felt safe and happy and welcome.

This is something I haven’t shared publicly before – as a five-year-old, I walked at least 1,200 kilometres to reach Berlin. I think that could be why I’m able to run so far today.

Even when I was at school, the Grundschule of Lichtenberg, my mind was full of football. All my spare time went into training and working to be better than everyone else. Now, I make sure my children put their education first.

I used to hide my ball in the bushes near the training field because if my Father saw me with the ball he would think I had been skipping school.

My Brother and I got involved with football clubs and after just three years we were able to speak German fluently.

By 14 I was scoring a lot of goals and had some clubs interested in me. I started to earn a little money from playing – maybe $50 or so. It might have been a small amount but it meant a lot for me and my family.

When you are helping your family as a child, you grow up fast and become a leader.

It makes me proud. I used to run along the streets of Berlin, day and night, training. Now when I’m in Berlin, I drive those same roads in a nice car and I laugh, thinking back on that time.

GET A CONTRACT OR RETURN TO KOSOVO

When I was 17 or 18 I was confronted by a really tough challenge.

The war was over in Kosovo so the situation for refugees had changed. To stay in Germany, you needed a full-time work contract. They wanted to send us back so all hopes were on me getting a professional contract. It was all or nothing.

I was playing in the under 19s Bundesliga for Tennis Borussia Berlin and the clock was ticking. Every month that went by they could have sent us back. I was dealing with that pressure, but I had to keep working hard so I was ready for any opportunity.

I was so determined to do well. I scored 21 goals that season, more than Mario Gomez and Lukas Podolski.

I knew that if I could become a professional footballer I could help my family and many of the people around me to have a better life. I was doing everything I could to make that happen.

I remember the day I got the news that I was going to be signed by Hamburg. When I think about it now I get a little emotional. It was a school day but I was expecting a call from the club. When my phone rang, the teacher knew what it meant and he allowed me to take it outside.

When I came back to the classroom I had tears in my eyes. The teacher gave me a hug and said, ‘Now I don’t want to see you in my class anymore. I want to see you play good football.’

To stay in Germany, you needed a full-time work contract. They wanted to send us back so all hopes were on me getting a professional contract. It was all or nothing.

I couldn’t focus for the rest of the day. I couldn’t wait to tell my family.

I smiled all the way home.

We had the biggest party. My Mum and Dad called our family, friends and neighbours. They had all been praying for me, so it was great for everyone to get together to celebrate. It was an amazing time.

I was so relieved because it is tough to get those opportunities in Germany. There are thousands and thousands of football players, all competing for the same contract.

I still feel very connected to Hamburg. They still remember me. I received a card from them for my birthday. I remember my connection with the club’s supporters as well, they really supported me a lot. I had a great time there and I’m very thankful for the opportunity I was given.

It’s where everything started for me in football.