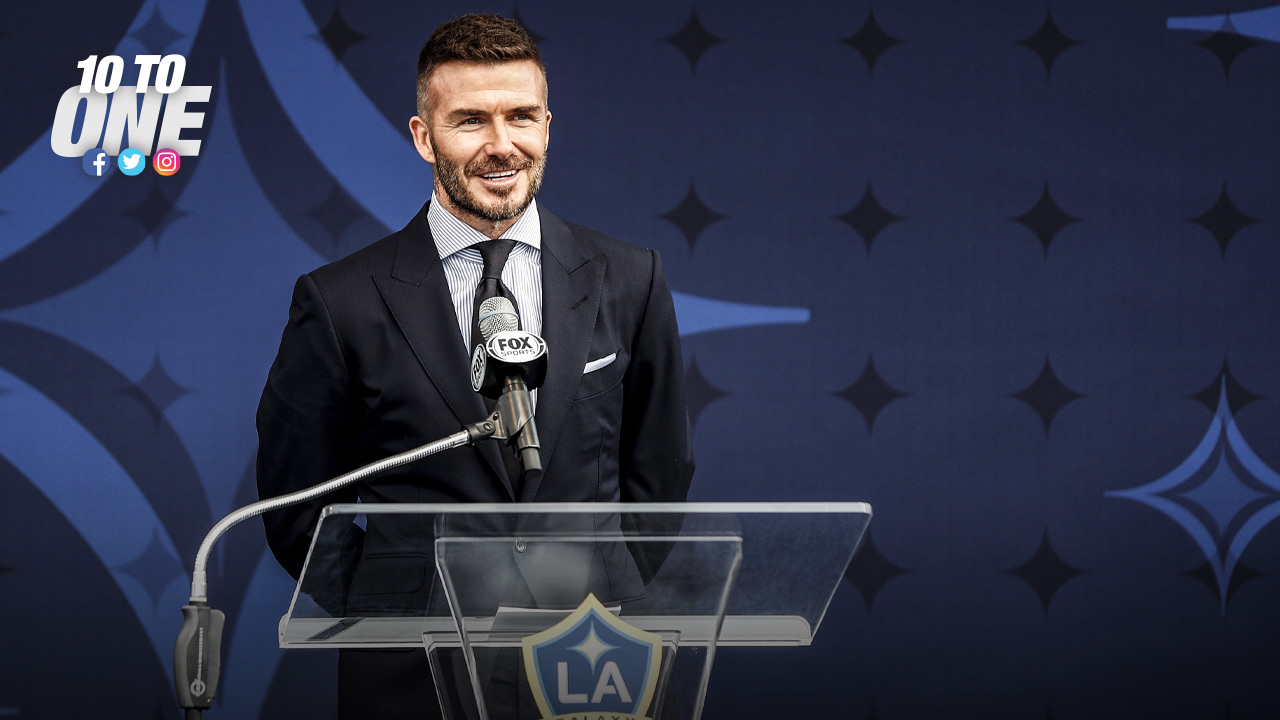 David Beckham has fallen victim to James Corden’s best prank yet, the Matildas’ World Cup kit kickstarted a conversation and the NRL’s captains fell victim to Mother Nature at the code’s season launch.

In our weekly series, 10 to One, AthletesVoice brings you our 10 favourite posts from sportspeople around the world.

Patience is a virtue, as Conor McGregor learned the hard way this week.

‘The Notorious’ allegedly stole and damaged the phone of a man who was trying to photograph him outside a Miami nightclub. He was arrested and charged with robbery and criminal mischief, prompting this self-reflective post on instagram.

Patience in this world is a virtue I continue to work on. I love my fans dearly. Thank you all ❤️

9. HAkeem, an AUSSIE CITIZEN AT LAST

Congratulations Hakeem al-Araibi! After more than two months in a Thai prison under constant threat of extradition to Bahrain, Hakeem is back on home soil and officially an Australian citizen.

How about that blazer!

207 new Citizens today from 44 countries at Fed Sq inc one very proud new Aussie who, after Australia demonstrated our values in fighting for his freedom, is deeply motivated to contribute to his new country. We’re proud of you Hakeem, and delighted to welcome you onboard ? pic.twitter.com/OVzKyoij85

8. ‘At least the blood matches the dress’

At least the blood matches the red dress…? Tough first hit out on court with the Swifts girls last night. Thank you to all those that sent messages, four stitches later and I'm back looking my best ??‍♀️?? #IWD #lovethisgame

His son, Harley, was watching at home and couldn’t resist joining in the chants as the team celebrated with the Genk Ultras.

My biggest supporter celebrating our win from home!! ???? Great win tonight and Europa League ticket in the bag! ? ✅ pic.twitter.com/8Bev42yT8p

On the field, Real Madrid were about to be eliminated from the UEFA Champions League. In the stands, their captain was serving a suspension and filming a documentary.

Not a good look.

To answer his critics, Sergio Ramos conducted a Q&A on instagram … with himself.

As footballers we like to do our talking on the pitch but this season is not turning out that way. Recent events have been disastrous and I’m not hiding. We are not hiding. We the players are primarily responsible and I, as captain, more than anyone. That's why I thought that the most honest way to answer the questions that are circulating around us would be to tackle them directly. Was the yellow card in Amsterdam an error? Absolutely it was an error and I take the blame 200%. Why did you record the documentary? There are certain commitments made and it never remotely went through my head that the game could have turned out as it did. The recording itself was scaled down as the game went on. Did you argue with the President in the dressing room? Dressing room issues are discussed and resolved in the dressing room. There's no problem whatsoever and everybody has the same interest: Real Madrid. Did you address your teammates and criticize them? We always talk and motivate each other in the dressing room and always in a constructive way. Did you have a confrontation with Marcelo? We have exchanges in every training session. It's part of working with pressure. But it’s just an anecdote like so many others that happen from day to day. @Marcelotwelve is like a brother to me. Why did you travel to Valladolid? Because I wanted to be close and support my teammates. What's happening with the coach? It’s a decision that’s not ours to make and in which we never interfere. We have enormous respect for the position and we always support the Real Madrid coach. These reflections are, without doubt, the result of a deeply disappointing season but if success didn’t stop us, we're not going to let defeat stop us. It's our obligation to carry on, to work and to evolve. And to remember that some of us are lucky enough to play for @realmadrid, some of us are lucky enough to form part of its history, but #RealMadrid was, is and will always be #RealMadrid. No one name makes the legend of Real Madrid, but we have all written that legend together. Together we have to work for the future and restore our hope. Madridista Commitment. #HalaMadrid

Fremantle midfielder Andy Brayshaw was left with a broken jaw and three displaced teeth when he was punched by West Coast’s Andrew Gaff last season. He required corrective surgery and root canal to repair the damage.

That’s all behind Brayshaw now and it’s been great to see him back on the pitch this pre-season.

Last weekend, he lined up against Gaff and the Eagles for the first time since the incident. The Docker showed his class when he sought out Gaff for a handshake before the start of the game.

The NRL launched the 2019 season at the Bondi Icebergs … and Mother Nature stole the show!

Parramatta captain Tim Mannah had a wave dumped on him unexpectedly during the captains’ photo shoot and his reaction was absolutely priceless.

Bring on the footy!… note to self, try not to stand closest to the ocean next time. Cheers @chukstagram.

3. back to the future

The Matildas have launched their kit for the 2019 FIFA Women’s World Cup and fans are divided on the new look.

There’s been a lot of love for the 90s-inspired design as well as some unfavourable comparisons to the Socceroos’ infamous ‘spew kit’.

Fresh off an incredible season with the Sydney Kings, Andrew Bogut is locked in for a return to the NBA to compete for a second career championship with Golden State.

Patty Mills summed the news up perfectly with this tweet.

Lives and plays basketball in Australia for the summer. Gets a tan while drinking great coffee. Wins MVP and DPOY. Then comes back to his old team in the States to compete for another NBA championship…?
Terrible year!

Welcome back to the @NBA Big Dog @andrewbogut

When David Bekham flew out to Los Angeles for the unveiling of his new statue, he expected to see a piece of art.

Instead, he was pranked by James Corden … and the video is priceless! 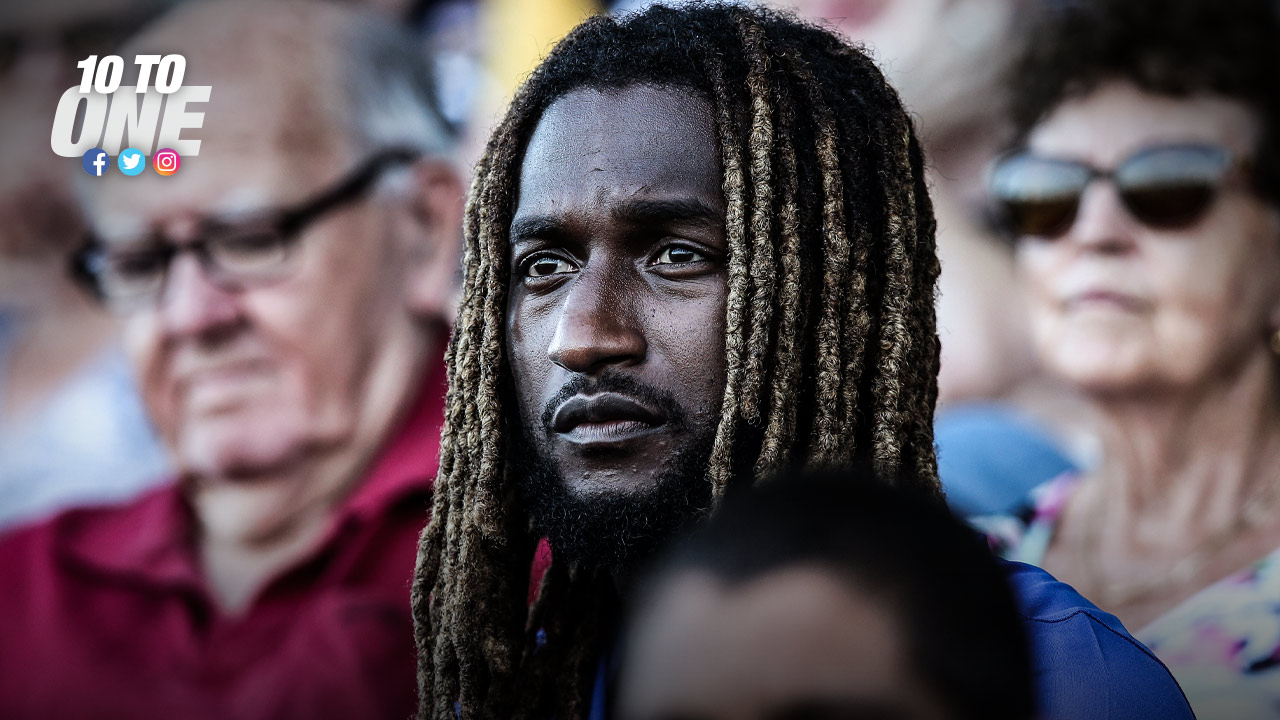 A lover and a fighter 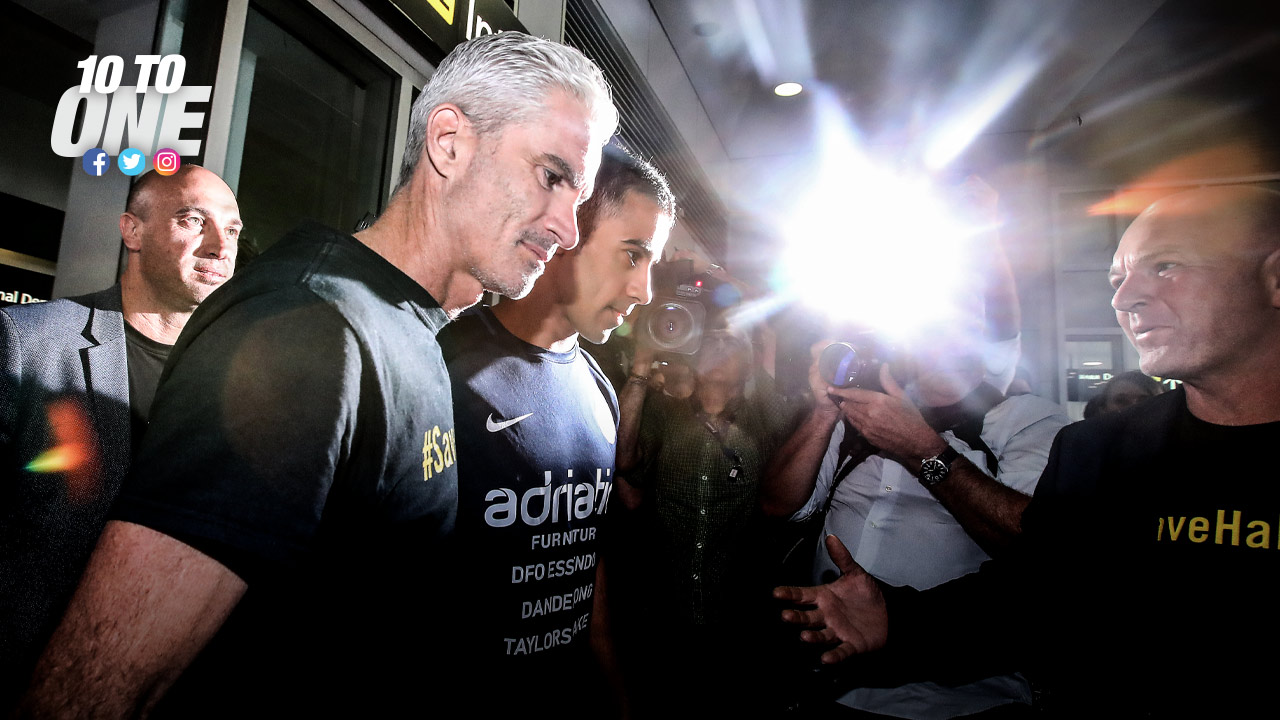 Social media has provided us with a unique insight into the lives of athletes. In our new weekly series, 10 to One, PlayersVoice will bring you our 10 favourite posts from sportspeople around the world.