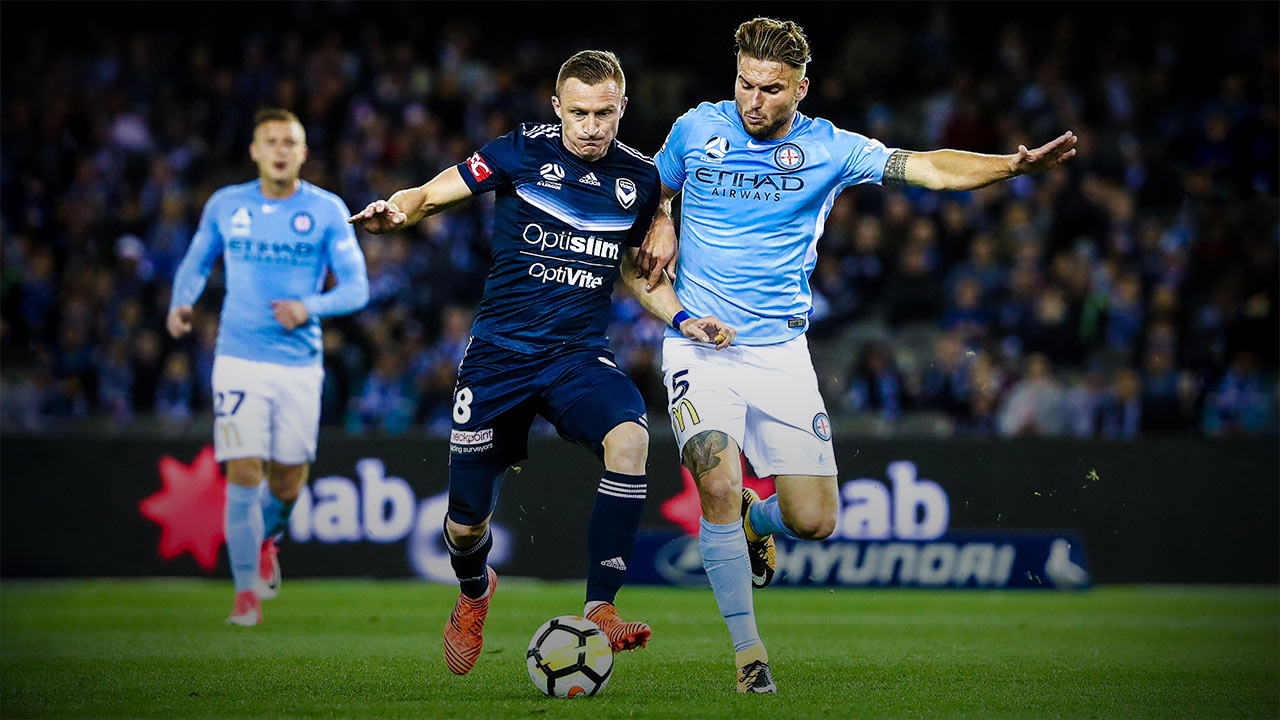 We could probably all do with a bit more perspective on life. I get mine easily.

As we build up to the Melbourne Derby, this week has been Melbourne City’s annual Christmas volunteering week for the players and staff.

I was lucky to visit the Starlight Express Room at the Monash Children’s Hospital and hand out gifts to the kids there in the wards.

I’m grateful to get the opportunity to talk to the children and put a smile on their faces. If your heart can’t be warmed by that, you must be made of stone. They can call me any time to do that.

When you go to the hospital to visit the sick kids, it all becomes clear.  They are having a challenging time but still they are able to smile. That puts everything in perspective.

Then, next time I’m at training, if it’s a hard slog and I feel tired, I will think about the kids and the situation they’re in and it will motivate me to pick up the pace and get through the session strongly.

I tore anterior cruciate ligaments in my knees three times while I was still a teenager. The first two, on my right knee, I was just 16. The third was on my left when I was 19.

I also tore the meniscus in each knee at different times. That’s a nasty injury as well. The doctors like to stitch the meniscus back together now, but when I got mine done they would cut a bit out instead. Of course, all of this was bad for my career.

I had captained the under-15 national team for the Netherlands and played under-16s for my country as well.

But when I first tore my ACL, they said I was too young to have it operated on because I was still growing. I gradually started to recover, but about six months later I did it again and had a reconstruction.

I was out for a year, so that was a total of 18 months gone from my career.

I tore anterior cruciate ligaments in my knees three times while I was still a teenager. The first two, on my right knee, I was just 16. The third was on my left when I was 19.

I missed the chance to play for my country in the under-17s and 18s. I came back in the Dutch under-19s, but after the team qualified for the European Championship I did my left knee and missed out on going.

After another recovery I was picked in the under-21 national team, but I wasn’t allowed to play because I had a broken cheekbone. They said because I’d already had a lot of bad injuries and hadn’t played a lot of football, they should take it easy with me instead.

That was the end of my story when it came to playing for my country.

I had missed a lot of opportunities because of all the time I was out injured. All up, it was more than three-and-a-half years on the sideline.

It’s hard to get your place back in the national team when you’ve had so many setbacks. Other players who are fit and ready to go get their chance and take it.

I had some very bad luck in those early years. It was tough times, but that’s life. You have to learn to live with the ups and downs. There are always people with worse problems than you and, if you realise that, it gives you the strength and motivation to recover.

Some people are never going to overcome their problems, but you, as a footballer, you know you have the chance to recover and play again.

I had a wonderful time playing in the Netherlands with Feyenoord, Excelsior, Heracles and PEC Zwolle. The Dutch Eredivisie is a great competition.

But when this opportunity came along to join Melbourne City and become part of CFG, I simply had to take it.

It’s exactly the environment I need to be in. The medical staff, the physios, the time and effort the club puts into the wellbeing of the players and the preparation for matches, it’s so incredibly professional. We have so many great people working with us.

Feyenoord is a big club, but as good as their facilities and staff are, it wasn’t like this. It’s another step up. It’s so big, the best I’ve experienced.

I want to stay with Melbourne City. There are a lot of opportunities. If you play well, who knows what might open up for you? I’m very happy where I am right now.

Melbourne is a great city, too. It is similar to some places I’ve been in Europe, but a bit better overall. The weather goes up and down a bit, but it’s one of the best places to come, I think.

I came out to Australia on my own. I’m not in a relationship at the moment and that’s probably the best thing for me at this stage of my career as it made it a lot easier to move from one side of the world to the other.

Feyenoord is a big club, but as good as their facilities and staff are, it wasn’t like this. It’s another step up. It’s so big, the best I’ve experienced.

I didn’t know a lot about Australia or the A-League before I came here, but I did know one of your Socceroo stars – Trent Sainsbury – from when we were at PEC Zwolle together.

We never got to play together. We weren’t there at the same time for long and I was recovering from an injury for part of that, but he’s a great guy and seems to be typical of you Aussies.

The style of football in the Netherlands was a bit like Spanish football, more technical, and here in the A-League it’s more powerful, more physical. It’s more like in England.

To me, the style of football doesn’t matter. It’s all good. Whenever and wherever I can play football, I love it.

The derby on Saturday night is going to be great. Of course, we have derbies back home, but sometimes the teams from the same areas are in different divisions, or if they’re in the same division they’re way apart on the table.

Here, the derbies are played regularly, and with a smaller competition it’s much more even, so the games always mean something.

I played early in the season when we beat Victory 2-1 and I quickly found out what the rivalry between these two clubs means. It’s a lot about ego and being able to say you’ve got the upper hand.

It’s very intense out there. I felt that extra buzz. It means so much to the players and the fans. Everybody looks forward to playing this type of game. The pressure that comes with it, I love that. It’s why I play football.

I’m going to face a big challenge in the centre of the defence against Victory and I’ll enjoy that. I’ve got to be hard to break down, but that’s what I do.

Just the thought of playing in this match makes me smile.