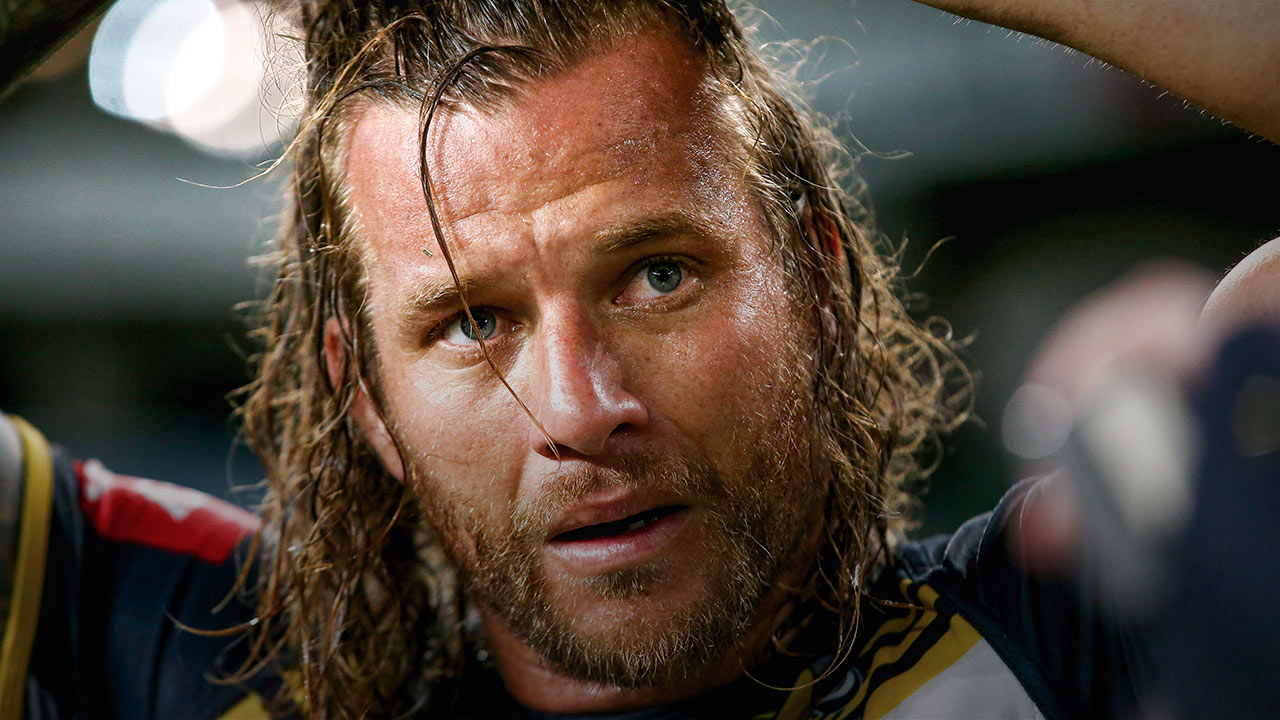 The strangest team in rugby league

The strangest team in rugby league

Just like my siblings, I’m knee-deep in a football pre-season. But unlike Korbin and Tariq, and Ruan and CJ, brutal heat isn’t my enemy.

I’m fronting up to Platt Lane in Manchester each day for my particular flavour of torture.

And after that? Toronto. Not the little town between Gosford and Newcastle. I’m talking about Toronto, Ontario – the largest city in Canada.

People in Australia have a vague idea blokes like myself and Josh McCrone and Cory Paterson are playing for the Wolfpack but that’s about it.

It all started with a guy called Eric Perez. He ran a rugby league team out of Lamport Stadium in Toronto and drew so many big crowds, he thought they might be able to actually put a club together that played away games in England.

He hunted around for an investor, found an Australian called David Argyle, who is involved in mining, and got the nod from the Rugby Football League.

Last year, at their first attempt, the Wolfpack won League One – the British third division – and outdrew NRL games on some weekends … against opposition that usually counts their own crowds in the hundreds.

A post shared by Toronto Wolfpack (@torontowolfpackofficial) on Jan 24, 2018 at 2:34pm PST

IGNORANCE IS THE ENEMY

There’s one big aspect of the set-up that might surprise you: I’ve not actually been to Ontario yet. Not even for holidays. There is some talk of me going over for some promo work in April but otherwise I won’t see the place until May.

Lamport Stadium, which is in a neighbourhood called Liberty Village, is being refurbished so we are playing most of the first half of our entire season away from home.

I still live in Warrington, where I played for the previous three years, and drive to training – even though my team is Toronto! But there are reminders every day that this is not your garden-variety English footy team.

For one, our front office is across the Atlantic. For another, the fans I interact with on social media are Canadians!

Platt Lane is an old Manchester City training ground. I’m telling you all this for a reason. It’s important that hardcore NRL fans understand what we’re doing because right now ignorance is the enemy.

Last year, at their first attempt, the Wolfpack won League One – the British third division – and outdrew NRL games on some weekends … against opposition that usually counts their own crowds in the hundreds.

There are big opportunities for our sport which may not come around again if we don’t take them. I’m aware there is a proposal for England to play New Zealand in Denver in June and I’m aware that NRL clubs are baulking at releasing players even though they’ve got no matches that weekend.

Rather than speak about that specifically – the clubs will have their reasons – I want to talk about my experiences beyond the NRL and how they have enriched my life and how much potential our game has if we all get on board.

I could have stayed in the NRL. There was a contact for me at the Cowboys for 2015. And I’d previously been on an Australian Schoolboys tour to England that was tough going, staying in youth hostels and paying our own way over.

It didn’t endear me to the place. But all that changed when I played in the 2013 World Cup for Fiji. It changed for a lot of us. The crowds, the palpable spirit of rugby league in these towns, it really got to me.

That tournament was one of the great experiences of my life. So I signed for Warrington. I’ve never regretted it.

Again, I know England – let alone Denver – is off the rugby league radar for many people back home. Let me say this: the games here are just as hard but they’re not as quick as the NRL.

The hits, the contact, the physicality – I feel it’s just as good.

LEAGUE & THE HOME OF ICE HOCKEY

So, how did I end up with Toronto?

I’d like to think breaking down barriers is something that runs in our family.

I’m so proud of Ruan’s role in the emergence of women’s rugby league. She stuck her spurs in for so long and now she’s reaping the benefits. As her little brother, she’s someone I look up to.

She reminds me of my mum, Jacqueline. She wouldn’t want me to mention her age here but she has just gone back to uni and completed a bachelor of history and arts!

That’s just perseverance. That’s a trait both of my parents have instilled in us. You never give up on a dream – which is why I still hold some hope of getting the call from Metallica to be their fifth member.

We were just a normal family – surfing and cricket in the summer, rugby league in the winter. Coming from really humble beginnings has given us a lot of drive to succeed.

Our parents used to work their fingers to the bone to give us the life we had. It was tough to get boots and clothes at times. But they worked hard for us to have food in our belly and clothes on our backs to go and do the things we loved.

We never gave up on our dreams. And North America has been rugby league’s dream since the 1950s.

Club-wise, there is talk of New York, Boston and Hamiton (Ontario) fielding teams. If you think that’s a good idea, please just speak up and say so. Let our officials know.

Brian Noble, the former Great Britain and Bradford Bulls coach, has been heavily involved and Josh McCrone will lead the team around as captain this year – the Wolfpack’s first in the second division.

Yes, some stuff happened at our pre-season training camp in Portugal that wasn’t ideal, but we parted with the guys (Dave Taylor, FuiFui MoiMoi and Ryan Bailey) on good terms.

There are some other players coming in, like Jack Buchanan. He’s outstanding.

I am excited to be part of not giving up. I want to leave the sport in a better position than how I found it. Look at the World Cup – it should have shown everyone the potential that the games has.

At the Bati, we’ve been able to make the semi-finals three tournaments in a row. Ireland played well last year and we all know what Tonga did, too.

We players believe in the potential of our game. I think most fans do. Perhaps, sometimes it’s the officials who need a bit of a nudge from the rest of us.

My point is this: don’t forget about us. If you are lucky enough to live somewhere that rugby league is a dominant sport, those of us out here on the so-called frontiers need your support.

Internationally, it’s a tough one because we play so many games during the year but a Pacific Cup at the end of the year would help a lot.

You know: Tonga, Fiji, Samoa, Papua New Guinea. The more quality games we play against each other, it will benefit us in the long run.

Club-wise, there is talk of New York, Boston and Hamilton (Ontario) fielding teams. If you think that’s a good idea, please just speak up and say so. Let our officials know.

There are some big-name players who’ve said they’d be interested in these clubs. This could be the thing that propels our game into the stratosphere. To grow our game, we need to strike while the iron is hot.

I don’t think rugby league has ever been in a better position to make this jump globally.

Logistics and finances lead to clubs not wanting to release players but, if we’re serious about growing this game, I think we’ve got to loosen the reins on players and teams and allow them to play in these games that could add a whole new dimension to rugby league.

Our parents told us never to give up. Hopefully those in charge of rugby league haven’t given up on our game finally realising its potential.