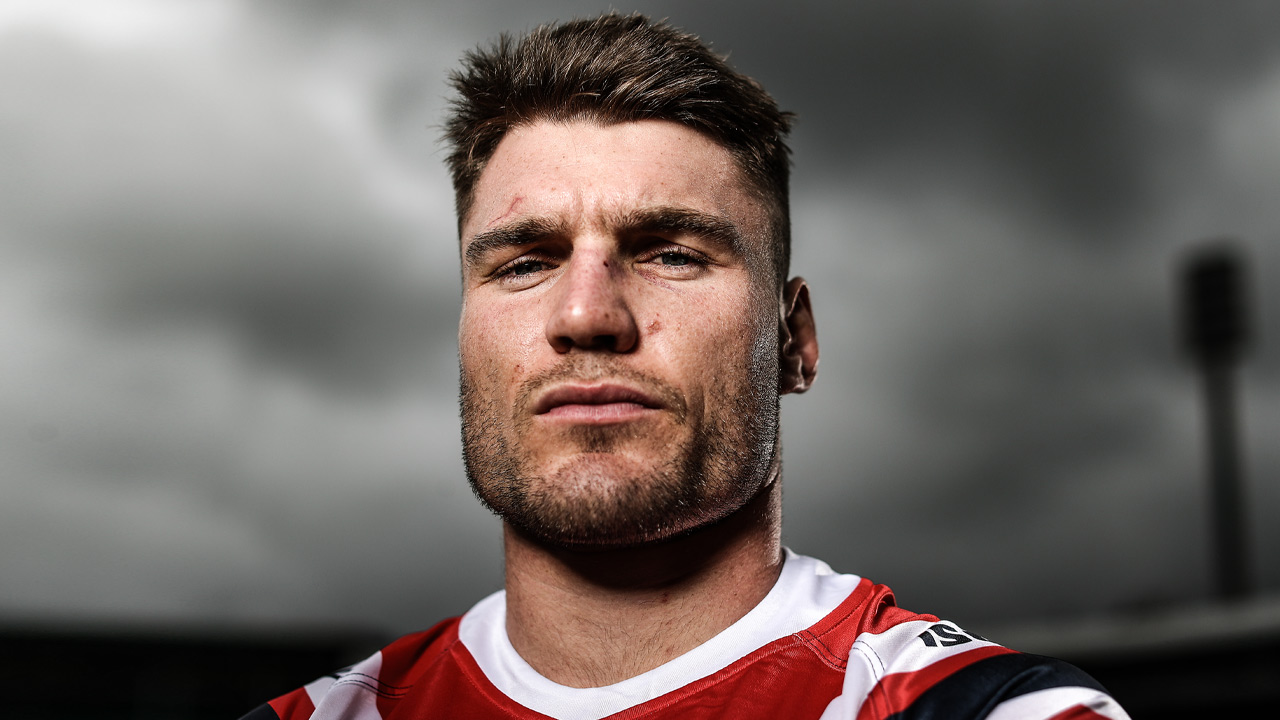 This is my first ever grand final. Back when I was playing junior footy with the Young Yabbies, we never used to stand a chance against the bigger towns.

When I’d get picked for rep teams we’d head off to carnivals and come up against the big Sydney teams and get smoked.

I’d remember as a young kid, being full of hope and sitting down at the end of those tournaments when they’d read out the names of the NSW rep teams they’d picked. I never made any of them.

I left for boarding school in Sydney and played rugby for Scots College. We won the GPS comp when I was there but they didn’t have grand finals.

So to be preparing for my first taste of a grand final is very exciting. These are the kind of games you want to play in as an athlete in any sport. As a competitor, you want to put yourself in a position to win championships and play on the biggest stage and there’s nothing much bigger than this.

The Roosters’ success, the coaches and the players on the roster, definitely went into my decision to join from Souths. You want to go where you think are going to be successful, because as an athlete you want to win, as well put yourself in the best position and environment to become the best player you can be.

The things I can control

In sport you go through tough times. For me it’s how you deal with them and move on and how you react when you are challenged.

Getting dropped from Origin after the first game this season was a disappointing time. But I never panicked. Sometimes you have to bring it back to the drawing board and, when times get tough, that’s when you have to stand up.

That’s what I’ve been trying to do this year and throughout my whole career. You can’t afford to step down or stand back, you have to stand up and fight.

What I can control is my performance and how I play and how I present myself every week. That includes training, the way I go about being professional, making sure my body is right. They are the things I can control and they’re all the things that put me in the right frame to play my best footy.

When I face challenges like that I have a close-knit group around me that I lean on, the people who are most precious to me. But when it comes down to it, I’m the only one who can change what’s going on on the field.

It hasn’t been all plain sailing. But you can’t afford to read too much into reviews, hype, hate or feedback from any people who don’t matter.

The ones who do matter are my coaches, teammates, family and close friends. I value all of their input and get good honest feedback from them and that’s crucial to me. I take it on board 100 per cent. You can’t afford to get caught up in the hype. You can’t feed off pats on the back or be driven by those who want to tear you down. The desire to win has to come from inside you.

I’m still chasing the complete game. For me, there were so many areas in last week’s game I can do better and I’ll be doing everything I can to ensure I’ll be chasing that perfect performance come this Sunday.

He’s a beast of a player

You can never get the full picture of a club until you walk in the door and become part of it.

The culture is top class. For the star power this club has, and the level of the players that are in the team, there is no ego whatsoever.

The way that everyone is so connected within the club, from the guy who runs water at training to the coaching staff, players in the team, the ladies upstairs behind the desks, every one, there’s a huge level of respect. It doesn’t matter what your role is, you’re a Rooster.

On the field, I’ve been lucky to play with Boyd Cordner. He’s a beast of a player who puts team first, plays tough footy and brings the upmost dedication to his job. He doesn’t force leadership upon you, he talks when he has to, but ultimately leads through his actions.

For me, as a backrower coming in, watching him go about his business has been a great experience.

It might be my first grand final, but it’s definitely not Cooper Cronk’s. This will be his ninth.

It’s been really cool playing with Cooper in his final season. It’s a massive honour for me being a young guy playing alongside guys like Cooper and Boyd, and guys of their stature.

That’s the thing with great players – they lead through their actions. How professional he is, the high level of his preparation, the amount of work he does behind the scenes, that’s why he has had so much success and why his name is the way it is in rugby league.