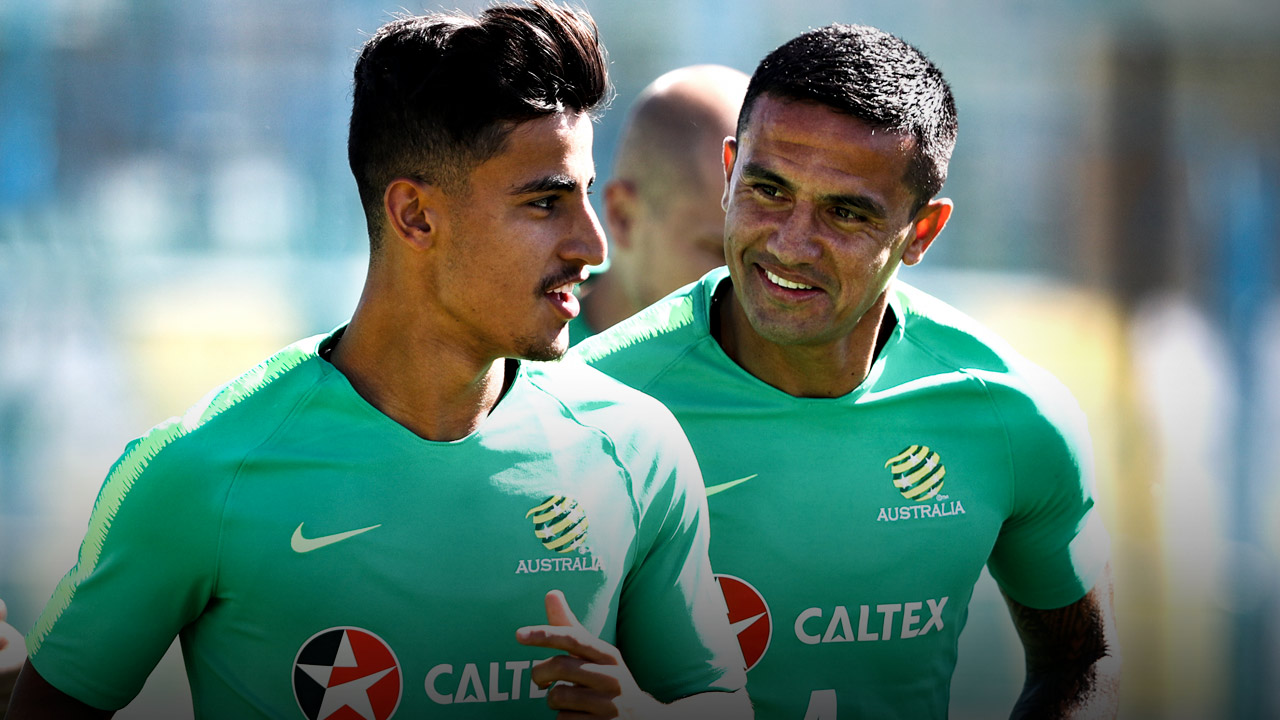 How to break Peru

How to break Peru

Put pressure on them until they make a mistake.

Go in for the kill.

Everything I’ve learned from playing for New Zealand against Peru in two World Cup qualifiers – and watching them at the tournament itself – tells me this is Australia’s best chance of beating them.

The centre-backs who played against the All Whites when we lost 2-0 on aggregate – Alberto Rodqiguez and Christian Ramos – are the same ones the Socceroos will play now.

They’ve got their good points, but they’re certainly not tall for players in their position. They struggle to handle big, physical players. They can be pressured into errors.

The Socceroos should start with Tomi Juric up front, with his physical presence, and plan to bring Tim Cahill on when the time is right and the game is stretched a bit.

Cahill is your man. If it’s 0-0, or the Socceroos are 1-0 up but need another goal according to what’s happening in the France-Denmark game, Australia need to get him in the game.

It doesn’t matter that he didn’t play a lot of football last season for Melbourne City or Millwall.

It’s Tim Cahill – he’s the ultimate professional. He’ll be prepared and he’ll be desperate. He’d play it like it was the last game of his life.

It’s a must-win game and Cahill has got that proven pedigree of being able to make a difference when it’s absolutely necessary. He’s always got a goal in him. He’s hungry to get on and play – and maybe score – at a fourth World Cup and you can’t overlook those things.

Chris Wood couldn’t start up front for the All Whites in those World Cup qualifiers against Peru because he had a dodgy hamstring. We were just trying to get whatever we could out of him without making it worse.

But he’s a big, strong guy and when he came on from the bench in each match, Peru’s centre-backs couldn’t deal with him.

It changed the nature of the game because we could play direct to him at times. And if he wasn’t in a position to shoot, he would hold the ball up and bring the midfielders and wingers into play.

We were also looking for crosses to him from Kosta Barbarouses and Marco Rojas and they didn’t like that when they had a taller guy like Chris competing with them for headers.

Juric is clearly taller than Rodriguez or Ramos and he’s got the ability to hold the ball up as well.

Cahill is not the tallest striker on earth, but he’s tall enough to compete with them and, on top of that, he’s got that incredible ability to rise higher than you think and hang there long enough to connect perfectly with the ball. There’s got to be a plan for Cahill to come on with 20 or 30 minutes to go. I can see Timmy doing something special if the Aussies need it.

I also think Daniel Arzani has got to start on the left wing instead of Robbie Kruse.

There’s no doubt the kid is ready.

Peru are a very hardworking team.

Their midfielders Christian Cueva, Edison Flores, Yoshimar Yotún and Renato Tapia are excellent ball-players who like to control the game as much as possible, but they also have the ability to go long from the back with effect. They’re not just a team that will constantly try to play out from the back at all costs. They can hit a target up front.

They can play some nice football and can also be aggressive in trying to win the ball back.

But they’re just average height. We towered over them. Over in Lima, the media were calling us the big trees.

We were big compared to them and there will be an advantage for a few of the taller Aussies, like Juric, Trent Sainsbury and Tomi Rogic.

There was a big chance we could’ve got past Peru and been at the World Cup instead of them had we been able to use Chris from the start in the two games.

We played well at home in Wellington for a 0-0 draw.

The home crowd and the travel the Peru players had to endure obviously helped us. We had a game plan based around making sure we stayed in the tie going into the second leg but still pushing for a goal when the time was right. Towards the end, we had the better chances to win.

We didn’t sit back and just clear our lines and boot the ball long every time. We played some really good football. We looked composed. If we’d led 1-0 after the first leg, nobody could’ve said it was undeserved.

The second game In Lima was a lot different. They threw a lot more at us. They realised we were a lot harder opponent than they expected, so they pushed forward in numbers.

The atmosphere was incredible and the massive support they got from their home crowd spurred them on.

We gave away a soft goal, so we were already one down by the time Chris came on, and the second goal which pretty much ended it for us was from a corner that wasn’t defended properly.

It was a winnable tie, but they were a bit too strong for us and it was unfortunate Chris couldn’t play a full part.

He’s a high-quality English Premier League striker with Burnley and each time he came on he made a huge difference, but we missed not having him out there for the duration.

WHY CAHILL MUST PLAY

I’m shocked Cahill hasn’t been given a run yet in Australia’s campaign.

Especially in their last game against Denmark, when it was getting late in the game and they desperately needed a goal.

No disrespect to Juric, but when Andrew Nabbout got injured I thought it was made for Cahill to come on instead of him.

Timmy obviously isn’t going to play anything like 90 minutes these days, but surely when you need a goal like oxygen there’s no better option off the bench.

I’ll be amazed if, should the Socceroos get into a similar position against Peru, Cahill doesn’t appear.

He’s a freak at doing just what you need. He can just pop up to score – time his jump, or make a run to get away from a defender – and if Arzani and Mat Leckie are told to just get deliveries in to Cahill, it would be a dangerous mix for Peru.

It’s Tim Cahill – he’s the ultimate professional. He’ll be prepared and he’ll be desperate. He’d play it like it was the last game of his life.

Arzani has been a revelation.

He’s a truly explosive attacking winger and Kruse isn’t that sort of player any more. Arzani will get on the ball and do some stepovers or whatever to take on a defender. He’ll go himself or create space in which to get a good cross in.

Leckie’s been great as well, making well-timed runs and constantly putting the defence under pressure.

The Aussie fullbacks have been good, the centre backs Sainsbury and Mark Milligan have both been very solid and complement each other really well. Maty Ryan is strong and decisive in goal.

Mile Jedinak has been a good presence in the midfield. If Mass Luongo was to start it would probably mean taking Jedinak out, but that’s a very big call. Whatever happens, I’d like to see Luongo get some game-time as well.

Luongo can score or create a goal. He’s a good ball player, one of the better ones in the team alongside Aaron Mooy.

I’ve watched all the games and I think Bert van Marwijk has done a good job as Australia’s coach.

The only real question mark from me is about whether Arzani and Cahill could’ve been given more game time, but I think the Socceroos did extremely well against both France and Denmark. They were able to keep possession for good periods.

They sit off a lot more. It has become more of a counter-attacking style where the front guys are around the centre circle and allow the opposition defenders to have the ball, whereas Ange Postecoglou was really aggressive and pressing really high up with the team.

I think Bert has worked out the opposition really well. He’s produced really good game plans and everyone seems to be sticking to their role.

They could’ve got a draw against France and beaten Denmark. They could so easily be sitting on three or four points instead of one. But they’re still alive as a chance to go through to the second round, so we’ll see what happens.

Like most teams, Peru have got areas where you like to think you can attack them and potentially get a result, but at the end of the day they’re ranked 11th in the world so they’re going to be hard to beat. They’ve got a dangerous target man up front in Paolo Guerrero.

But I like the way the Aussies are playing and I’m tipping a 1-0 win to them.

I hope it’s enough for the Socceroos to advance.