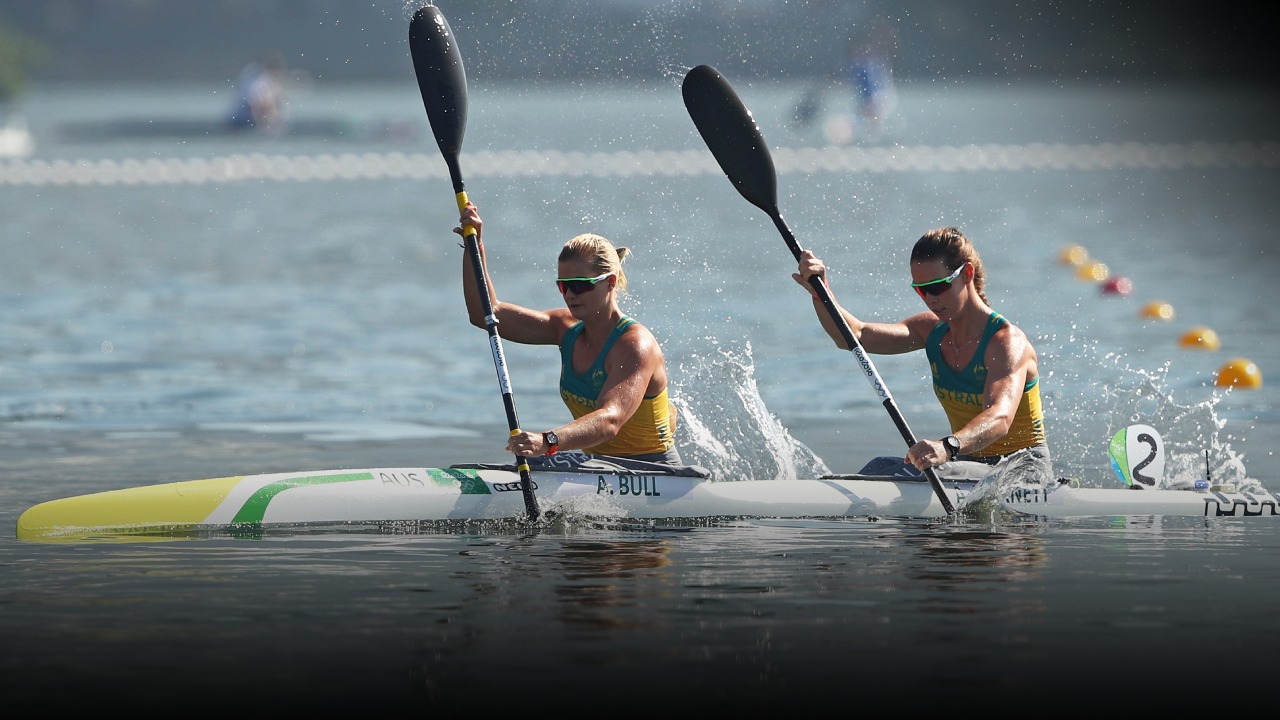 The fire burns inside

The fire burns inside

I feel I have this big heart and I want to help people.

Mum and dad put me and my brother into nippers at Alexandra Headland on the Sunshine Coast when I was six. Ever since that my lifestyle has been geared towards helping people and saving lives. As a lifesaver, that attitude is ingrained in you from a very young age.

I’m fit, healthy and willing to help so I decided to build on that and make a career in the fire brigade. The first time I tried out was while I was trialling for the 2016 Olympics. I didn’t make the cut for the ‘fireys’ but I qualified for my first Olympic Team.

I see a lot of similarities in being a ‘firey’ and an Olympic kayaker. Teamwork is a massive cross over between the two. I paddle K2 with Alyce Wood and I know when I’m hurting that she’s hurting just the same as me, and we’re going to push even harder to get to the end.

I have complete trust in the teamwork we put together on the water every day.

It goes the same way on a fire truck. The crew you’re with in that truck, the person sitting next to you who’s going into a burning building with you, you need to trust they have your back because you’ve got theirs.

Doing a job this intense while being an Olympic athlete is an advantage.

You do get some nasty jobs – the car accident cut-outs and suicides and the ones where there’s nothing you do to help. The people you get out of a car wreck and they’re alive on the way to hospital, but you’re not sure if they’ll make it. All you can think about is getting them out as quickly as possible. You’re there to do your job, stay focussed on what the next step is, and be there to comfort them along the way.

I’ve been involved in plenty of rescues and it opens your eyes and somewhat hardens you.

But as part of a crew you support each other, lean into each other. When there is a bad job you’ll debrief over a cup of tea and talk about it – the things you did well and the ways you can improve.

On the inside people sometimes talk about how your cup gets fuller and fuller as your career progresses. They tell me I’m only fresh in the job and I haven’t got 15 years of nasty experiences under my belt. They say each time you see nasty stuff you might not be affected today, but over the years you’ll be more affected and perhaps you’ll suddenly get to the point where you’ve seen enough and you don’t want to do it anymore.

If you debrief properly and talk to your support network, dealing with the scary stuff gets easier. As long as you keep talking to the people who are important to you and not put it all on yourself, that’s the most important thing.

Doing a job this intense while being an Olympic athlete is an advantage.

If I’m having a tough time at training, feeling a bit run down, I can go to work and flip that switch. I love that. When I am paddling I’m not having to think about anything else. But the type of work I’ve chosen helps with my competitive mindset.

If you’re going to a firefighting job you have to use your energy efficiently because you don’t know how long you’ll be there. It’s hot, hard work but you’ve just got to keep doing it until it’s done.

It builds your character and toughens you up – get in, get hard work done and keep going until they say stop.

It’s a weird time for athletes and we’ve all got to find a new way to adapt. The way we are used to training, and doing everything with structure, has been taken away, obviously for good reason.

We were lucky enough that our national competition and selection regatta was complete just before the coronavirus really started to take hold in Australia.

I came out on a high because I’d provisionally qualified my spot on the team for Tokyo; it just needed to be ratified by the Australian Olympic Committee. It was an awesome feeling and I spent a few days on Stradbroke Island with my boyfriend as a reset. I didn’t use my phone or watch the news. Just went for a surf and a bit of an explore.

Had to let the dust settle for this to sink in… so honoured to have qualified to represent the @ausolympicteam for my 2nd Olympics! Strange times at the moment but very happy to get some good news ? here’s to a long lead up to put in some hard yards before @tokyo2020 #tokyo2020ne #tokyotogether @olympics

I got home and the announcement of the team was postponed. Some had provisionally qualified but there was still the rest of the team that was to be announced. We had no idea where we stood.

On March 23 the AOC and Canadian Olympic Committee announced they wouldn’t send teams to Tokyo. Of course, we were devastated by that news, but 100 percent backed the decision made by the AOC. There are a lot more serious things happening in the world right now and humanity comes before sport.

We were left praying that the IOC would recognise that, amidst this pandemic, 2020 was not the year to hold the Olympics and postpone it to give the world and people time to recover, which, thankfully, they did soon after.

We were relieved the AOC announced that teams who had already completed their selection process would carry over to 2021. As well as being a huge relief I think it’s an advantage.

Now we can bunker down and have a unique situation where we have 16 months to prepare for our end goal which are the rescheduled Olympics in July 2021. It sets back plans I had to return to fulltime work after the Games this year, but I’ve returned to that now instead.

As for the Games, I’m looking at the delay as an opportunity. I’m still entering my peak. I’ll be stronger in 16 months than I would have been in six months. I’m taking it in my stride and doing everything I can to be 10 months better than what I would have been.

My training and competition plans have all changed. It’s not ideal but it’s a case of looking after yourself and doing what you can on your own or with one partner.

I’m an energiser bunny. Sitting still doesn’t work that well for me. My housemate and teammate Cat McArthur is a physio so she’s been really great to work with in-home cardio and pilates sessions. We have a lot of circuits to run through and we’re trying to make it different each day.

When I put my mind to something I want to do it’s not hard for me.

We had to be flexible and make our own chin-up bar, an essential training tool for our sport.

I’ve got handy skills. My dad’s a builder and from a young age I’ve watched him build and sell houses. I’ve lived in more houses than my age and I’ve climbed the trusses of all the houses dad’s built. I’ve been around handy work my whole life and I definitely got some skills and creativity from him.

I’m a big one for finding solutions, and I don’t back away when I want something. The first time I put my name in for the fire brigade I didn’t get past an early cognitive test. I was really bummed.

I tried again leading into the 2017 courses and I studied harder – that never came naturally to me – and got past where I did the first time, got past the physical test, and then into a face to face interview, then the psychological test.

I got accepted, flew home from the world championships on a Sunday and started the recruit course on the Monday.

I was learning so much new stuff but also keeping up with my offseason training program -paddling a couple of mornings a week and gym four times a week and I was doing it on the way to recruit school from 8am-5pm.

I do things best when I’m busy and I went really well at recruit school and came out as dux.

When I put my mind to something I want to do it’s not hard for me.