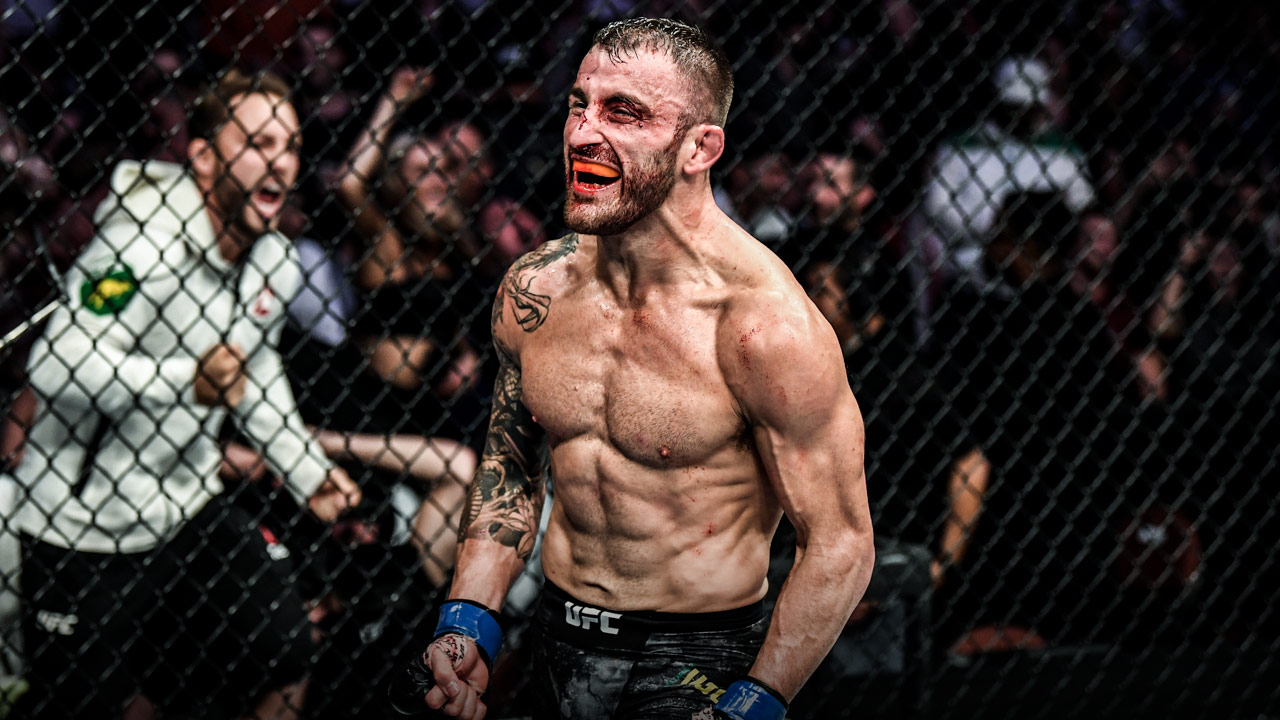 Fighting without a handbrake

Fighting without a handbrake

After I defeat Jose Aldo at UFC 237, I’m expecting a title shot.

That will be my reward for taking out the greatest featherweight of all time.

Jose is a legend of our sport and a future UFC Hall of Famer. I’ll probably still be a fanboy if I bump into him walking down the street in Brazil before our fight. That’s just how I am. I love this sport and I have the utmost respect for the guys who have come before me.

But this is my time. Jose has said that this year could be the last of his MMA career. My best years are still to come.

This game is evolving and I’m bringing a whole new level to the UFC. I’m at the top of every discipline. Grappling. Striking. Wrestling. Submissions. You name it. I’ve mixed it all together better than anybody.

I’ve got the best cardio out there. When I set that suffocating tempo of mine, Jose will drown in the octagon. If he’s thinking about retirement, he won’t have the desire to deal with what I’m going to bring. I don’t mean that disrespectfully. I just don’t believe his head is in the right place.

The only thing I have on my mind is becoming champion. Max Holloway had better be ready. Because when I beat Jose, the whole world is going to know I’m next in line.

It means everything to be in this position, because it wasn’t so long ago I feared this sport might leave me in a wheelchair for the rest of my life.

STUCK IN A CYCLE OF PAIN

For most of my career in the UFC, I’ve battled chronic back injuries. I struggled with bulging discs and sciatica.

I was in pain all the time.

I found myself stuck in a cycle that seemed to have no end. I’d train until the pain got so bad that I could barely move, then I’d back off and treat the injury. When I was able, I’d return to training and wait for the next flare-up.

There were periods of up to 14 weeks where I wasn’t able to train at all. I was going into some fights with just six weeks’ worth of training under my belt and I was still getting wins.

But eventually, the bad back wore me down. After my victory over Darren Elkins in July last year, I was at breaking point mentally. It was ruining my career. I was missing out on fights and, at one point, it even cost me an upgraded contract.

I worried that just one wrong move in training would cause my back to explode in spasm, or that I’d be left in a wheelchair for the rest of my life. I didn’t want that for my wife, Emma, or my daughters, Ariana and Airlie.

The whole reason I’m fighting in the UFC is to build a better life for them.

My manager, Rhys Dal Cin, could see how beaten down I was and asked if he could explore alternatives on my behalf. He ended up finding me a new sports high-performance team, working with the specialists at an Illawarra company called BaiMed.

I was hardly able to walk ahead of my first appointment last September. When the physio told me to lay down, I held my breath and tried to lock my core as I swung my legs up onto the table, half expecting my back to completely give out on me.

As it turned out, the problem was that I’d been protecting my back too much. When I was all locked up I’d let my body go as stiff as a board, which was only making the problem worse. The specialist got me to keep moving, working on my joint flexibility and strength, even when I was in pain.

After just a few weeks working under the direction of BaiMed, I’d made monumental improvements. I felt like a new me.

I worried that just one wrong move in training would cause my back to explode in spasm, or that I’d be left in a wheelchair for the rest of my life.

I completely fixed the issues I had with my back and it’s been an absolute game-changer for my career. After a couple of years fighting with the handbrake on, I was free at last.

Finally, fans would have the chance to see my true potential.

They got a glimpse in my fight against Chad Mendes at the end of last year. Chad is a veteran of the featherweight division who has only ever lost to the best. He’s explosive and dangerous but he couldn’t handle the pace I set. He wore himself out. I could see it written all over his face long before I got the stoppage in the second round.

After the fight, I didn’t need any downtime. I was able to get straight back into training, feeling confident in my body.

I’m a fitter, stronger and more flexible fighter than ever before. I’m going to feel like Iron Man by the time this fight with Jose comes around.