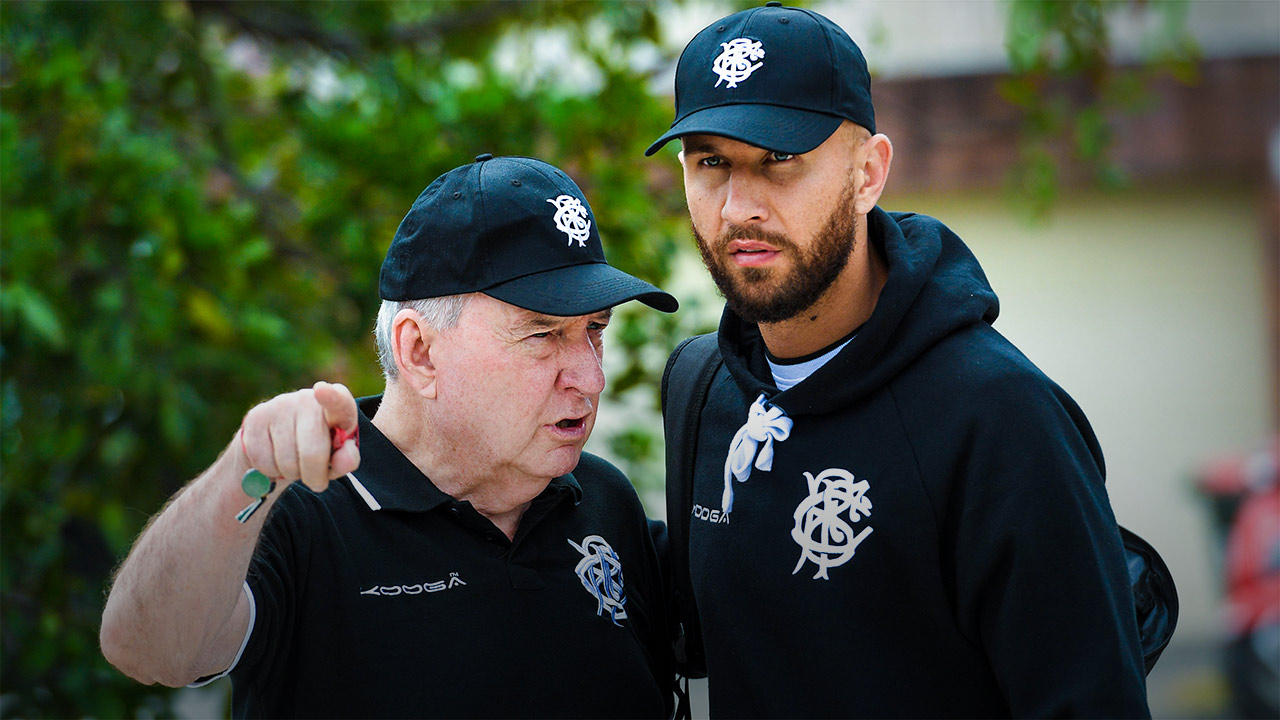 In the brief time that I’ve had with this Barbarians side, many stories have emerged.

All the major unions have got something on – they’re touring, they’ve got home Tests, or, in the case of France, in the professional era, they are paying players a lot of money in club rugby and won’t release them.

So it might appear that I’ve been left with the ‘leftovers’. That, to me, is far from the truth.

And that is what has astonished me. Because the talent that I have from what we’ve got is remarkable. Quite frankly, I couldn’t believe it. To that extent, it’s been very exciting, albeit difficult.

We’ve had two teams to put together to play the Classic Wallabies in Lismore and the Wallabies on Saturday. But it’s been very difficult to find adequate time for training and the reality is there is a limit to what you can do, because the boys have flown from all over the world.

Some have only joined the team in the last couple of days, because a typhoon in Japan prevented the Japanese contingent from getting here any earlier.

So the coaching approach has been to get into their heads first and their bodies second.

And therein lies the further profound change in the game – one that is not, in my opinion, advantageous to the game.

It’s clear the modern game has become so structured that we’ve taken the decision-making away from the player and, to a great extent, we’ve neutered their skills.

As you would know, the modern game seems to be played on the ground, which is hopelessly unattractive. The commentators call it ‘pick and drive’ or winning ‘the collision’.

Imagine mothers watching the game and hearing that if their boy is going to play rugby, he must win ‘the collision’.

I thought the game was about running into space, not people. And if you want the public to continue to come, if you want to make the turnstiles turn, we should be trying to recalibrate rugby into a 15-man game. And that’s what I’ve sought to do.

The response from the players has been extraordinary. What we aim to do is to play with the ball off the ground – that is, for those of you who understand rugby, maul ball not ruck ball.

In this way, you can maintain continuity and movement and that breaks up the defence. I have found players here with real skill who have relished the opportunity to ‘play with the football’.

It’s clear the modern game has become so structured that we’ve taken the decision-making away from the player and, to a great extent, we’ve neutered their skills.

But another revelation overtook me in Lismore. We played some splendid football, but towards the end of the match lapsed into error and, having led handsomely, the opposition nearly reeled us in.

When we came off the field, I said to one of the boys, words to the effect, ‘What happened there at the end?’ More than one said to me, ‘I’ve never played 80 minutes. I’m always replaced at 60.’

I simply couldn’t believe it. So it’s no longer an 80 minute game. And people are wheeled on for a couple of minutes and are credited with playing an international. This completely distorts the history of the game.

So you read that so-and-so has played 89 Tests – but he may have only played 89 minutes. How does history fairly represent the status and achievement of those who have worn green and gold?

The first is the positive news that from what I’ve seen we have an abundance of talent.

But the second point is there are dozens and dozens of players who leave Australia because the opportunities and the challenge is taken away from them. And no-one seems to care. The young ones, as a result, are not choosing rugby as their after-school sport, even though they love it. The talent drain is alarming.

Which brings me, most probably, to the final point.

In not all instances, but in many, the wrong people are appointed as coaches. How they are appointed is in itself disturbing. And how many are signed on for three-year deals and get the ‘chop’ after 12 months, but then get a big payout because of the contract – money that could be going to grassroots rugby.

But then the people picking the coaches have never coached. It’s like the Artistic Director of the Sydney Symphony Orchestra asking me to attend an audition for a new first violinist. What would I know? I’ve never played the violin.

How on Earth, if people have never been a coach or succeeded as a coach, could they know what criteria should apply in the selecting of a coach? The ultimate casualties of this flawed set-up are the players.

One of the highlights has been David Campese presenting the jerseys on Friday night.

The record-breaking try-scorer in Test rugby – 101 Tests, 64 tries – embodied how the game should be played.

In his presence I told the team that.

And Campo reiterated the spirit of the game which gained us success all those years ago.

Indeed Quade Cooper is a modern-version of Campese.

Campo rarely knew where he was going on the paddock. So how would the defence know! And so it is with Quade.

He’s excited that I’ve given him free reign but also the skills to exercise that opportunity.

I won’t be counting the mistakes but I’m excited at the thought of it. Only time will tell.

THE LONG WAIT FOR REFORM

Whatever might happen on Saturday at Allianz Stadium, it’s been a remarkable pleasure to work with these young people who simply can’t get enough of it. I’ve tried to coach them into continuity, support, playing with the football, making decisions and enjoying themselves.

We’ve thrown away the walky-talkies, where coaches endlessly bellow instructions at players on the paddock. If you knew what some of them were, you’d laugh.

Let me give you a sample.

Can you imagine what the players are saying to all of this?

The game needs root-and branch-reform, but it won’t be forthcoming.

I thought the game was about running into space, not people. And if you want the public to continue to come, if you want to make the turnstiles turn, we should be trying to recalibrate rugby into a 15-man game. And that’s what I’ve sought to do.

When Lee Iacocca was called in to arrest the decline of a floundering Ford Motor empire, he was a remarkable success, such that the old man, Henry Ford, was jealous of his success.

Iacocca decided he’d done his thing and he could do without the hassle, so he fronted the old man in his office. Henry Ford couldn’t look him in the face. And Iacocca challenged him.

‘Lift your head up. Look at me. I’m leaving. Enjoy the success. But I’ll tell you something – you’ve got no idea how we achieved it in the first place.’

And so it is with Australian rugby.

Those charged with repairing the product don’t seem to be aware of the problems and certainly are bereft of answers to them.