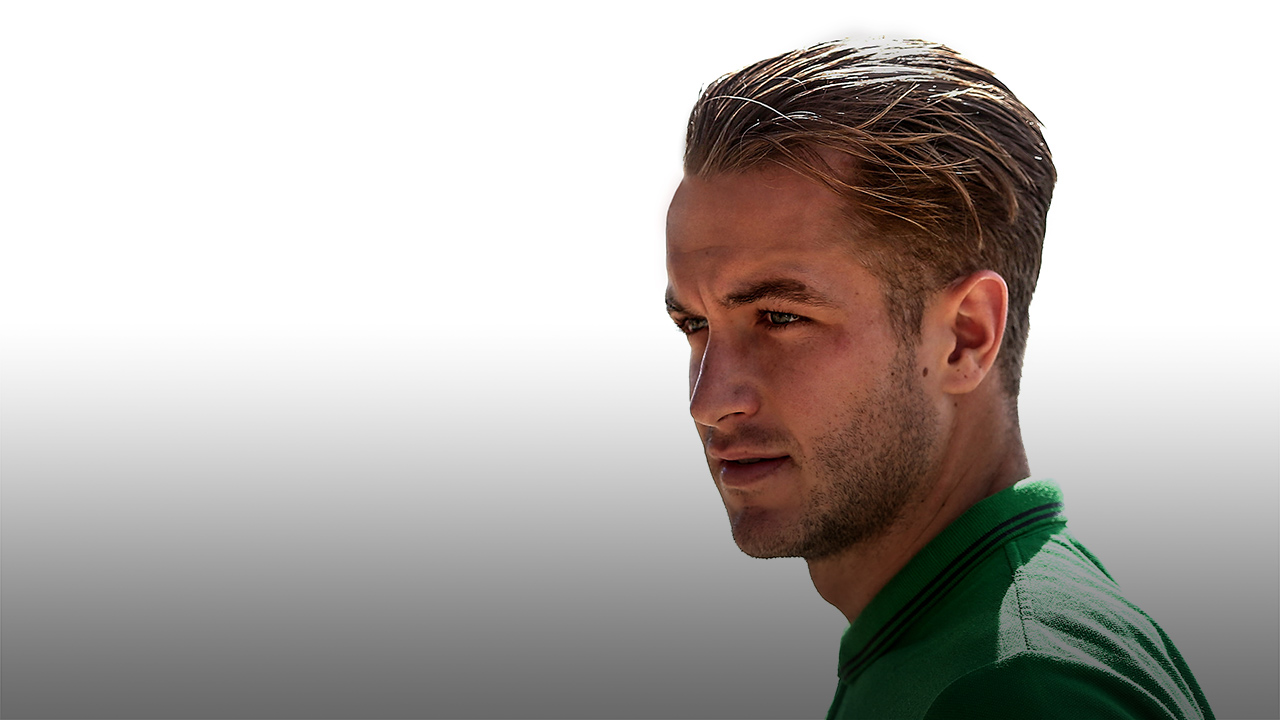 The exhilarating highs and devastating lows of football. Tell me about it.

I’m not looking for sympathy when I tell you my story. We all make our own career choices and what happens after that can depend on a number of things.

I’m just giving you the view from the inside of when a footballer’s dream is right there in front of him, only for it to become a nightmare.

The lesson, I guess, is that if you want to realise your dream badly enough you keep coming back to fight for it and you don’t give up until there’s no longer any hope.

My dream is still alive. It just got a bit harder to make it come true.

FROM BRAZIL TO FULHAM

I could never imagine a better 21st birthday present that that.

It was the best time of my life. I was coming off a breakout season with the Newcastle Jets, scoring 16 goals to win the competition’s Golden Boot, and I was in negotiations with Fulham, who were in the English Premier League at the time. A week later I signed for them.

Now I was going to the World Cup as well. Everything was on the up and up. Miracle after miracle was happening. All the hard work I’d done had put me in a position to be a success at the only thing I’d ever wanted to do.

I still can’t find the words to adequately describe the feeling of playing at the World Cup. It was amazing. I came off the bench against the Netherlands and started against Spain. The whole experience still motivates me to become a better player and a better person.

After that I moved to England and it all turned sour.

I’d only been at Fulham a couple of weeks when I got a bad groin injury. It was a chronic tendon problem in my adductor, right where it attaches to the bone. An over-use injury.

I felt like it needed surgery straight away, but the club decided to go through a process where we would try everything else first and only go to surgery as a last resort.

I was flying all around Europe to get different medical opinions, to see if there was some sort of miracle cure, but my own opinion didn’t change. It felt quite serious and I believed I needed surgery to fix it.

It was really frustrating because I was at a new club and I was desperate to show everyone what I could do. I wanted them to see it was worth the effort to bring me over from Australia.

We’d follow a treatment process for two or three weeks to try to fix it and when that didn’t work we’d go on to the next one.

I’d never had a major injury before. I’d played football non-stop. The buzz of getting out there on the field every week in front of a crowd drove me.

I thrived on that. I based my life around it. It’s what I’ve worked for since I was four years old and to have it taken away by something out of my control, I couldn’t get my head around it. I didn’t understand what was happening.

The longer it went on, the more I felt like I was losing my identity. I was a professional footballer, but it doesn’t matter how much money you’re getting paid or whether you’re living in a great city like London if you’re not able to play.

When all of that goes away, you feel lost, especially when you’re on the other side of the world and living alone, with no family or friends.

I’m just giving you the view from the inside of when a footballer’s dream is right there in front of him, only for it to become a nightmare.

I finally had surgery – three months after I did the injury.

Mentally, I was in a good place again. I had something I could work towards, a rehabilitation program over six-to-eight weeks and then I’d be back playing.

When I was alone in the gym, doing the rehab program, I’d use my World Cup memories as motivation.

I smashed the rehab way ahead of schedule and I was pushing to get back into training with the rest of the team. Just to be able to train with them was going to be such a high, after the low I was coming off.

‘THE WORST DAY EVER’

Five minutes into the warm-up for the first session I slipped and felt a sharp pain. I knew I’d done something bad to my groin again. It felt like the worst day ever to me. I was gutted.

Back on the physio table and working in the gym alone. How long is it going to take? When will I play again?

The Asian Cup was going on at the time, in early 2015. I was so happy the Socceroos won, but at the same time it was crushing not to be involved after being in the squad for the World Cup.

By now it was six months since I’d been able to play or train. I’d be in at the club from 8am to 6pm every day, doing rehab, and some day there’d be no improvement or I might even go backwards, but I’d go home telling myself tomorrow would be a good day.

At least I didn’t need surgery this time. It was a straight-forward tear in my adductor. Quite a big one, but you give it time to heal and then try to build it up again.

I was struggling with it all as the season wore on, so I flew my Mum over from Perth to give me some support. She’s a very positive lady and I knew she would help me push through it. I really needed her.

I finally got back playing in time for a few games with the reserves near the end of the season. I scored against Manchester United, Chelsea and Everton. The whole season had gone down the drain with injuries in a real sense, but it was just such a relief to be out there again at all.

PERTH & THE ROAD BACK

I spent the off-season back home in Perth, doing my strength work, Pilates, continuing with the rehab program. I felt really good and when I went back to Fulham I smashed all of the running at training.

I played a couple of pre-season games with the firsts team and scored against Hertha Berlin, but two weeks before the season was due to start I had another hiccup with the groin. Nothing major, only a few weeks out, but it was a bit of a red flag for the club with the history I had.

They gave me the option of going to Dundee United on loan and I thought it would be good for me to get 15-odd games in the Scottish Premiership under my belt and go back to Fulham by January of last year with a bit of confidence.

But just after I got there the manager was sacked. That was bad news for a someone like me, on loan. The new manager hadn’t brought me to the club and he hardly gave me a look-in. I only got a handful of starts.

I went back to Fulham early, in December, but they had just appointed their third manager in the season-and-a-half I’d been with the club. I couldn’t get a foot in the door.

The longer it went on, the more I felt like I was losing my identity. I was a professional footballer, but it doesn’t matter how much money you’re getting paid or whether you’re living in a great city like London if you’re not able to play.

Then Perth Glory gave me a call about coming back home to play in the A-League.

I felt funny about it because I didn’t want people to think I was throwing in the towel or giving up on my dreams, but I knew it was the best move for my career at the time.

I swallowed my pride and did it because I knew I had to get my body right for good and I was going to get that chance at the Glory.

I couldn’t play the second half of the 2015-16 season because of a FIFA rule that forbids you from being at more than two clubs in one season, so I spent six months working on my groin to try to get it back to how it was when I was at the Jets. It worked.

All I’ve ever really wanted from football is to see how far I can go. I could stay comfortable playing in my home city for the rest of my career, but I’ve got to aim high. I have to find out my limit.

I still have ambitions to go back and play overseas.

The first round of last season was massive for me. After two years of injury, frustration and disappointment, I played for the Glory against Central Coast Mariners and scored in the fourth minute. I got another before the half-hour was up.

When you score a goal and the stadium erupts, the 10-second buzz you get from the rush of adrenalin through your body makes it all worth it. Doing it in front of my family and friends, playing for the club I followed growing up, made it even more special.

I tore my calf at the first training session after that and missed five games, but once I came back I didn’t miss another game. I scored 12 goals for the season and I’ve got three in four games to start this season.

THE DREAM IS STILL ALIVE

I’m heading in the right direction. Mentally I’m strong. My groin’s fine. I’ve found the treatment formula that works for me. I’m looking to push harder and do better.

I’m only 24, so there’s still a lot of time ahead of me. If I was 30 I’d be worried, but my dreams of playing overseas again and getting back into the Socceroos team are still very much alive.

Football’s crazy in so many ways. Anything can happen – and quickly. There’s no set end destination, it’s a journey and you’ve got to see where it takes you.

It can be a bitter-sweet game and I had some really dark days when I sat alone in my room and questioned why I was even bothering to try, but at some stage my thoughts always came back to why I loved the game.