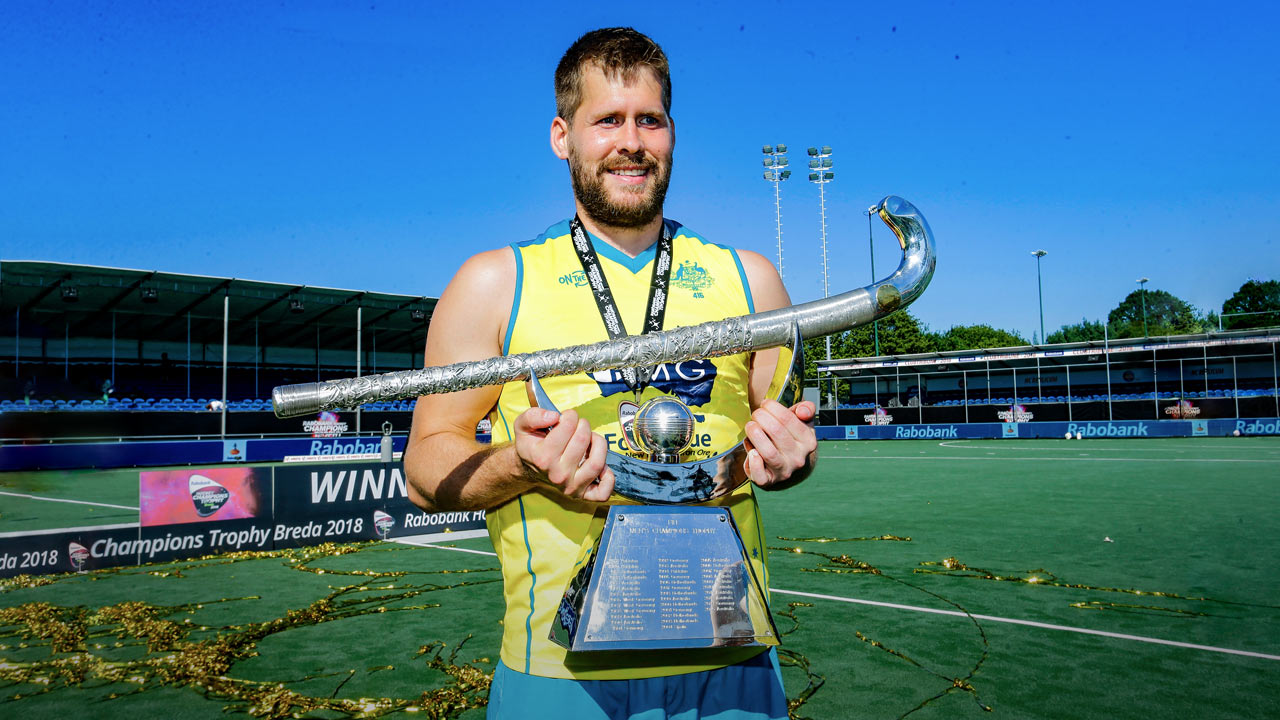 It was near the end of a typically miserable winter’s day in Melbourne.

I was working with my old man laying bricks at a housing estate about 90 minutes’ drive from where we lived.

I was shattered. It’d been a 10-day stretch of work and I had my hockey going on as well.

It was wet and cold, my boots were all muddy and I was moping around. Out of nowhere, Dad picked up a handful of cement and threw it at me.

‘Harden up!’ he said. ‘We’re doing this because we have to. No one wants to do this. The quicker we get it done, the quicker we can go home.’

My dad, Ian, spent about 45 years as a bricklayer. He and my mum, Mary – who worked in customer service at a bank – worked incredibly hard to give their children every opportunity in life.

Dad’s message that day has stuck with me ever since. He was saying there’s no use moping around when there’s work to do. He wanted me to know that, if there’s a task in front of you, you put in and don’t complain about it.

It’s something I’ve applied to everything I’ve done since. When you’re engaged in something, get the most out of it.

I spent from age 18 to 20 working as a bricklayer with Dad. A bit later on, I completed an electrical apprenticeship. Those experiences probably gave me a bit of a different perspective on the position I’m in now, playing for Australia and travelling around like we do.

I cherish the opportunity I have with the Kookaburras. My life before reaching this point has helped me to see the beauty in it.

Last year, when we were playing at the Champions Trophy, I remember reflecting on what a great life it is. We were in the Netherlands, it was 30 degrees, the sun was shining and I was there to play hockey, the game that I absolutely love, for my country. It was the middle of the year, so it would have probably been one of those miserable winter days in Melbourne.

Even at training, I get that feeling. We train from 6 until 9am, finish up, get a coffee and have a chat, maybe go to the gym afterwards for a while. In fact, I get that feeling regularly, the feeling of being incredibly grateful for what I do.

This Saturday, my partner Jess and I will be shaving our heads at The Pirate Bar in Mount Hawthorn, to raise money for the Leukaemia Foundation. Jess started the chat in our household and it went from there. We bit the bullet and decided to do it. It’s probably a bigger thing for her than me because she’s got a lot more hair than I do!

I’m not surprised Jess started that conversation. She has a commerce degree and worked for a couple of years in marketing. After that, she decided she wanted a career where she could help people and is now in her second year of studying nursing.

Compassion is big on her radar and she wants to give back to people who are doing it a bit tough.

For me, it’s about using my position to do something good. Playing for Australia is a great privilege and it provides a platform that allows me to be heard beyond my friends and family. I think it’s worthwhile using this to help others and raise awareness for an important cause.

Jess and I discussed how our motivation for doing this isn’t driven by a specific family member or friend having leukaemia. You don’t have to look far to find someone you know or hear about a friend of a friend who has blood cancer. A person dies every two hours in Australia from some type of blood cancer and we would love to help in some way to get rid of it. Ultimately, we’re doing this to do something good for people who are in a terrible spot.

Hopefully we’ll get some people down this weekend who can laugh at us losing our hair and throw some coins in a bucket.